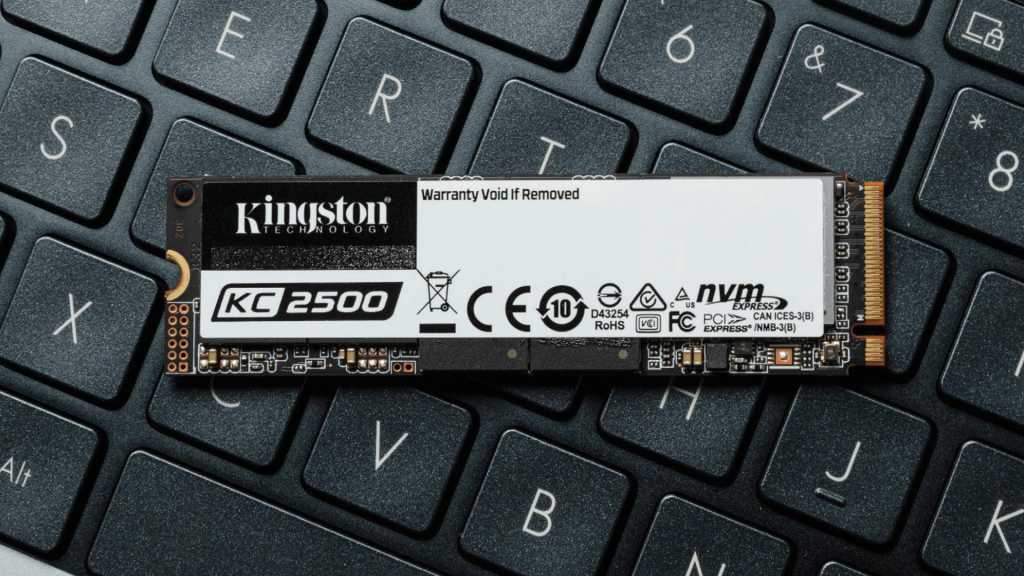 Given how little the hardware has changed, how the KC2500 performs is curious. Combining excellent read and write speeds with a five-year warranty and affordable price, this could be a very disruptive product in the dynamic NVMe drive market.

After the disappointment of the KC1000 in 2017, Kingston roared back in mid-2019 with much more relevant KC2000 series. Since then the market for NVMe has become decidedly cut-throat, and Kingston has risen to that challenge with the new KC2500.

This part is designed to exploit the standard PCI Gen 3 M.2 slot included on current motherboards. It is engineered to deliver a combination of high read and write performance at an affordable price.

How does this compete with the other brand storage options for this form factor?

M.2 NVMe drives all look the same within certain constraints. Without a cooling system, it comes down to how many of the chips the makers can obscure with a label.

On the Kingston KC2500, that’s a big label covering almost everything on one side of the M.2 2280 board. But the other side is free of visual obstructions, and we can see the Kingston branded NAND modules and their numbers.

The review hardware was provided by Kingston in the standard retail blister package that contains nothing other than the drive module, and an activation key for Acronis True Image HD that you can download from a provided web location. 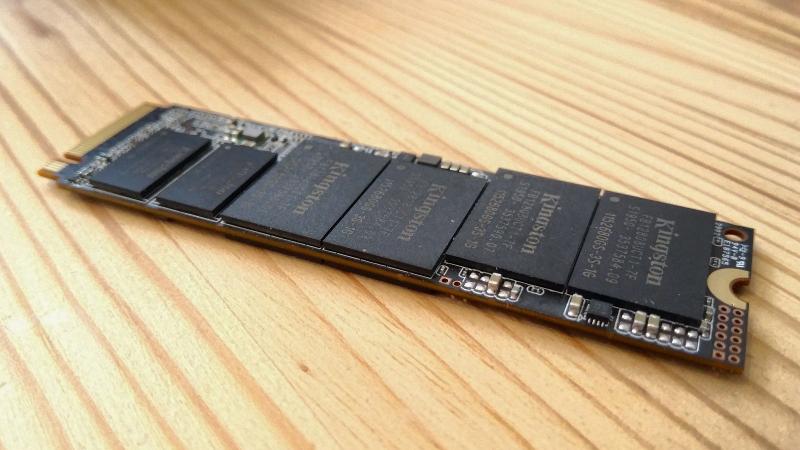 The packaging informs the buyer that the KC2500 drive is 45x faster! Faster than what exactly? According to Kingston ‘a standard 7200rpm HDD*’. Not the most informative statement, the asterisk at the end redirects us to a small note that the speed rating is confirmed by the PCMark 08 bandwidth test.

Not the model of drive used, or on what hardware it ran.

This confusing rating system reminds us of the entirely meaningless 150x ratings of various flash drive makers would often claim, obtusely referring to the transfer rate of single-speed CD-ROMs.

A better ratio might be to compare it to an existing Kingston SATA SSD since many of those upgrading their systems to NVMe will most likely be using a SATA SSD.

The best news on the packaging is that the drive comes with a 5-year limited warranty, a scale that most purchasers should be able to fathom.

Less of a jump from the KC2000 than we saw from the KC1000, the new is a derivative development using the same TLC (Triple-Layer Cell/3-bit) 3D NAND and Silicon Motion 2262EN of its predecessor.

The layout of the NAND memory on these modules, along with the amount of cache provided, impacts on the performance we might expect.

In the KC2000 these choices impacted on the read speed on the lower capacity models, but on the KC2500 all versions get the same quoted 3,500MB/s read performance, and it is only writing speed that is lower on the smaller capacity drives.

The smallest 250GB KC2500 manages just 1,200MB/s write, the 500GB more than doubles that to 2,500MB/s, and both largest capacities peak at 2,900MB/s. These numbers are improvements on the previous KC2000 in both read and write speed at all capacities, even if the upgrade is modest for smaller drives. 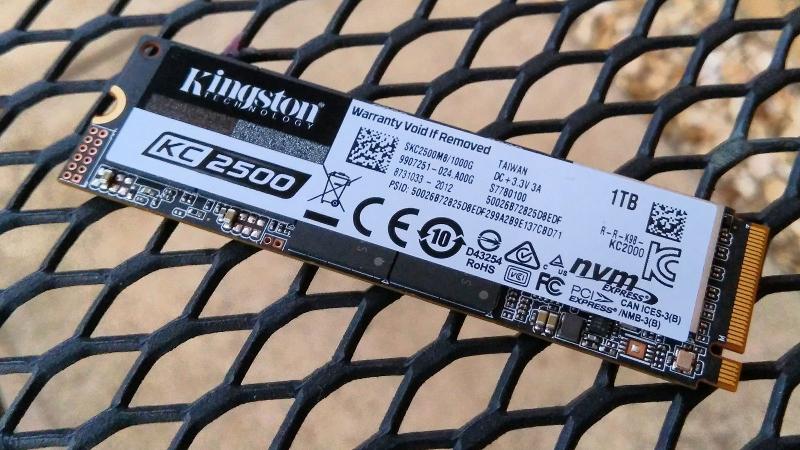 Where they have not changed at all is in respect of the TBW (Total Bytes Written). But as they use the same NAND and controller, that was to be expected. IOPS are better, with the drives offering 375K 4K reads and 300K IOPS of writes on all drives.

Our only reservation about TBW values is that the 150TB on the 250GB might be an issue eventually, but the 300TB, 600TB and 1200TB lifespans of the larger drives are much less likely to be an issue for most users.

While it isn’t practical for us to evaluate TBW, we did expose the review drive to a variety of synthetic benchmarks including CrystalDiskMark 7, ATTO and AS SSD.

What we didn’t see was the very top speeds that Kingston quoted, although with a faster processor it might well be possible to hit them. Our module topped out at 3140MB/s reads, and 2795 MB/s writes on CrystalDiskMark 7 using the default settings. Those are highly respectable numbers, especially the write speed.

The KC2000 wasn’t a slow drive by any standards, but the KC2500 is noticeably faster. Bringing it nearer to the quicker drives that we’ve seen from Samsung and Corsair, and well above the budget drive levels.

Street prices for Kingston KC2500 are lower, but only by a small amount. You can buy it from Kingston, Amazon or Insight.

The pricing of the smaller capacities are close to that of its predecessor at launch, but the 1TB model is dramatically cheaper, making it the best value per GB. The 500GB option is the costliest per GB, but only by a small amount.

AT 1TB, Kingston undercuts the Corsair MP510, Western Digital Black and the Samsung 970 EVO Plus series. It can’t compete with the cheap-as-chips Crucial P1 purely on price, but it is dramatically faster at writing.

Check out our chart of the best SSDs.

It’s fascinating to us that with a drive that on paper looks almost identical to its predecessor, Kingston has managed to squeeze quantifiable performance gains out of the same NAND and controller purely by tweaking their hardware and software engineering.

These changes have elevated the KC2500 to complete with the top tier of NVMe, and not merely on price.

The competitive pricing enables even those on a modest budget from having an NVMe drive in their system that can better use the bandwidth offered by PCIe 3.0.

The KC2500 finds itself in the enviable position where there are cheaper drives, but they don’t perform as well. And, there are faster, and more expensive options but they’re only marginally quicker.

Having the right speeds and price, the KC2500 could be a remarkably successful product for Kingston, and it should keep the other players in this sector on their toes.