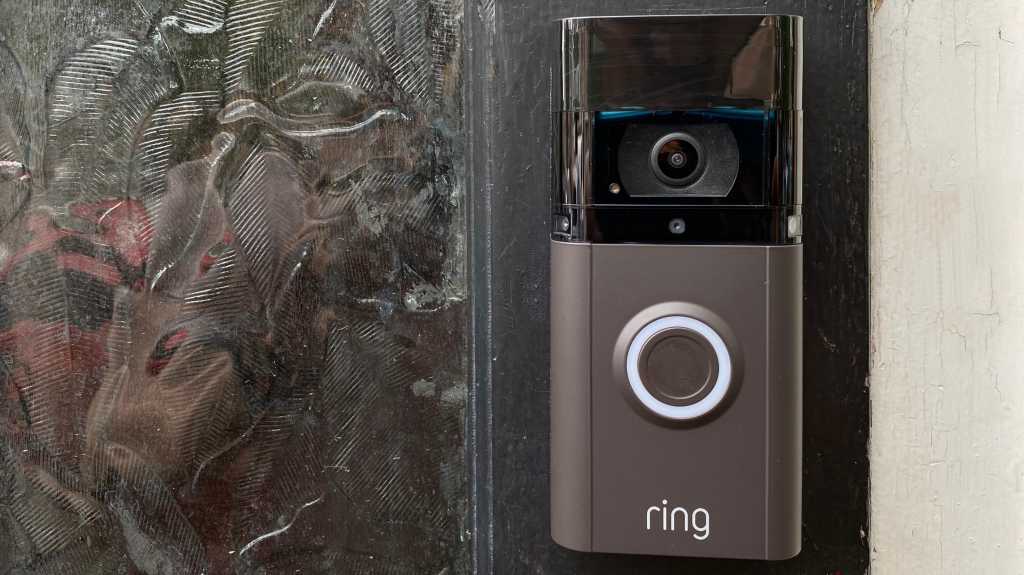 The Doorbell 3 Plus represents a big step forward in the battle against false motion detection, thanks to new close-range sensors. There’s also Pre-Roll tech that, while not quite the same as continuous recording, provides a valuable few seconds of footage from before an event was triggered – perfect for reviewing any potential criminal activity.  Those are welcome additions, but it’s hard to recommend the upgrade from the Video Doorbell 2, which is identical in most other respects. If you’re new to the market, however, the Doorbell 3 Pro is well worth considering.

While it might not offer continuous recording like some hardwired alternatives, Ring’s Pre-Roll technology allows Ring users to see video from before an alert was triggered for the first time. Is it worth the extra £20/$30, or should you go for the standard Doorbell 3? Carry on reading to find out.

Looking at the Ring Video Doorbell 3 Plus, it’s not immediately apparent what’s new – and that’s because, in terms of design, not a lot has changed. You’ll still find a single front-facing camera mounted above the LED-encircled doorbell button and a choice of two faceplates, Satin Nickel or Venetian Bronze. That’s not really a bad thing, as the Ring Doorbell 3 remains sleek and not nearly as techy-looking as some alternatives.

More importantly, it also means that you can upgrade from an older-generation Ring Doorbell to the Doorbell 3 Plus without having to remove the mount screwed to your wall. Handy, right?

There are a handful of design changes to note, with the most obvious being the inclusion of a string of sensors beneath the camera to improve motion detection – more on that later. There’s also a slightly redesigned faceplate, making it easier to take off when you need to recharge the battery, but it’s not something I immediately noticed upon setup.

While I won’t go into the step-by-step of setup here, I can say that it was an easy to follow process complete with a comprehensive library of video tutorials for every kind of configuration. Even if you’re not a DIY expert, it’ll take no more than a few minutes (and possibly a drill) to install and set up. 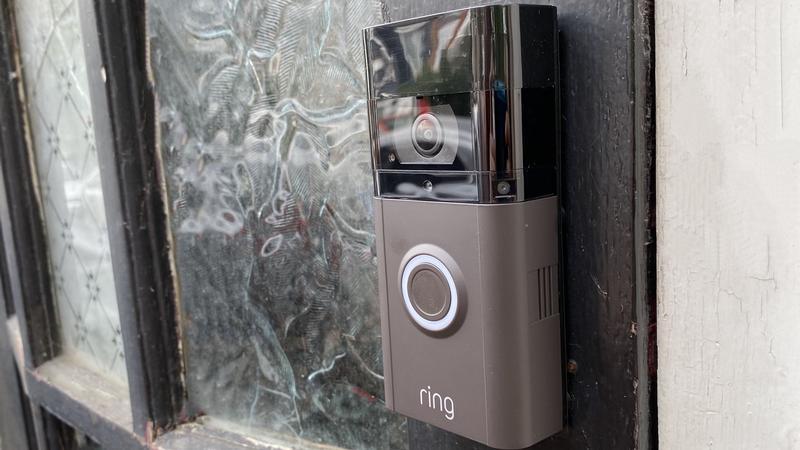 That familiarity extends to some of the hardware on offer; the Doorbell 3 Plus features 1080p HDR-enabled video feedback, night vision, motion detection (with customisable motion zones), smartphone alerts for both motion and doorbell alerts and the ability to chat with visitors via the Ring app, just like the Doorbell 2.

There may not be a change in camera specs, but that’s not really a downside, with both the Ring Doorbell 2 and 3 Plus capturing equally detailed video during bright sunny days and dark nights. You can see a sample captured on the Doorbell 3 Plus below.

With so many similarities, what is new about the Ring Video Doorbell 3 Plus? It boils down to four new key features: improved close range motion detection, Pre-Roll technology, person alerts, otherwise known as People Only Mode, and improved Wi-Fi connectivity.

Any Ring Doorbell owner will know of the pain that comes with false motion alerts caused by trees blowing in the wind or passing pedestrians on the street. Ring has always included customisable Motion Zones that can tell the camera to disregard motion in a particular area, but it has always been hit-and-miss – especially for me and my tiny front garden on a busy London street.

The Doorbell 3 Plus features hardware-backed close range motion detection designed to pick up movement from between 1.5m and 4.5m away to negate some of these false alerts. There’s a noticeable improvement in the number of false motion notifications, that’s for sure, but I can’t say it has completely stopped them.

Again, it’s worth stressing that I have a small front garden with the door less than 2m away from the road, and I’m confident that it’ll perform well if you’ve got a bit more space available, but I still received consistent motion alerts from people walking by my house despite having the motion sensors on the lowest setting. It has stopped the majority of false alerts from passing cars and trees rustling in the wind a little further away though, I will say that. 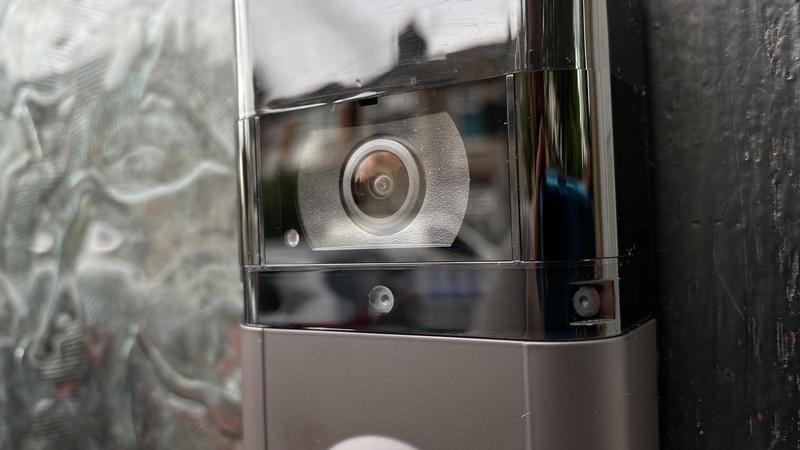 That close-range motion detection is paired with Ring’s new People Only Mode in a bid to further reduce false motion alerts, although at a cost to overall battery life and a slight delay in confirmed motion alerts, so it’s not the ideal solution for those that use the removable battery to power the doorbell. The reason for the delay is that due to the fact the detection is done remotely, taking a few seconds to bounce to Ring’s servers, confirm that there’s a person and then alert you.

The notifications are slightly creepier too – I’ll never get used to the “There is a Person at your Door” notifications at 3am as someone strolls by.

But, if you do find your doorbell constantly picks up non-human motion and you’ve got the doorbell hardwired to your power supply, it is a handy feature that does get it right the majority of the time. It’s not a feature exclusive to the Doorbell 3 Plus, with some legacy products able to access the feature via Ring Protect, but it has the potential to dramatically decrease false notifications when paired with the doorbell’s new close-range motion detection.

It’s when motion is detected that one of the main new features of the Ring Doorbell 3 Plus becomes apparent. While Ring Doorbells – in either hardwired or battery form – don’t offer any form of continuous recording, Pre-Roll is a half-way house, recording up to four seconds of video from before motion was detected to give you a better idea of what’s going on – ideal in the case of potential theft or any other crime.

The nature of pre-roll means that your doorbell is always recording, and that can quickly have a negative effect on overall battery life. Ring gets around this potential by recording in low-res and in black and white, with middling results. The end result isn’t quite as clear or smooth as what’s captured by the main camera once the motion has been detected, but it does come in handy.

Whenever you look at an event via the Ring app, be it a doorbell ring or motion, you’ll be able to see the pre-roll video play in picture-in-picture style alongside the main video stream. You can then tap the pre-roll clip to expand and get a better look at what’s going on if needed. The only real downside to the tech is that it doesn’t work at night, arguably when it’d be needed most. 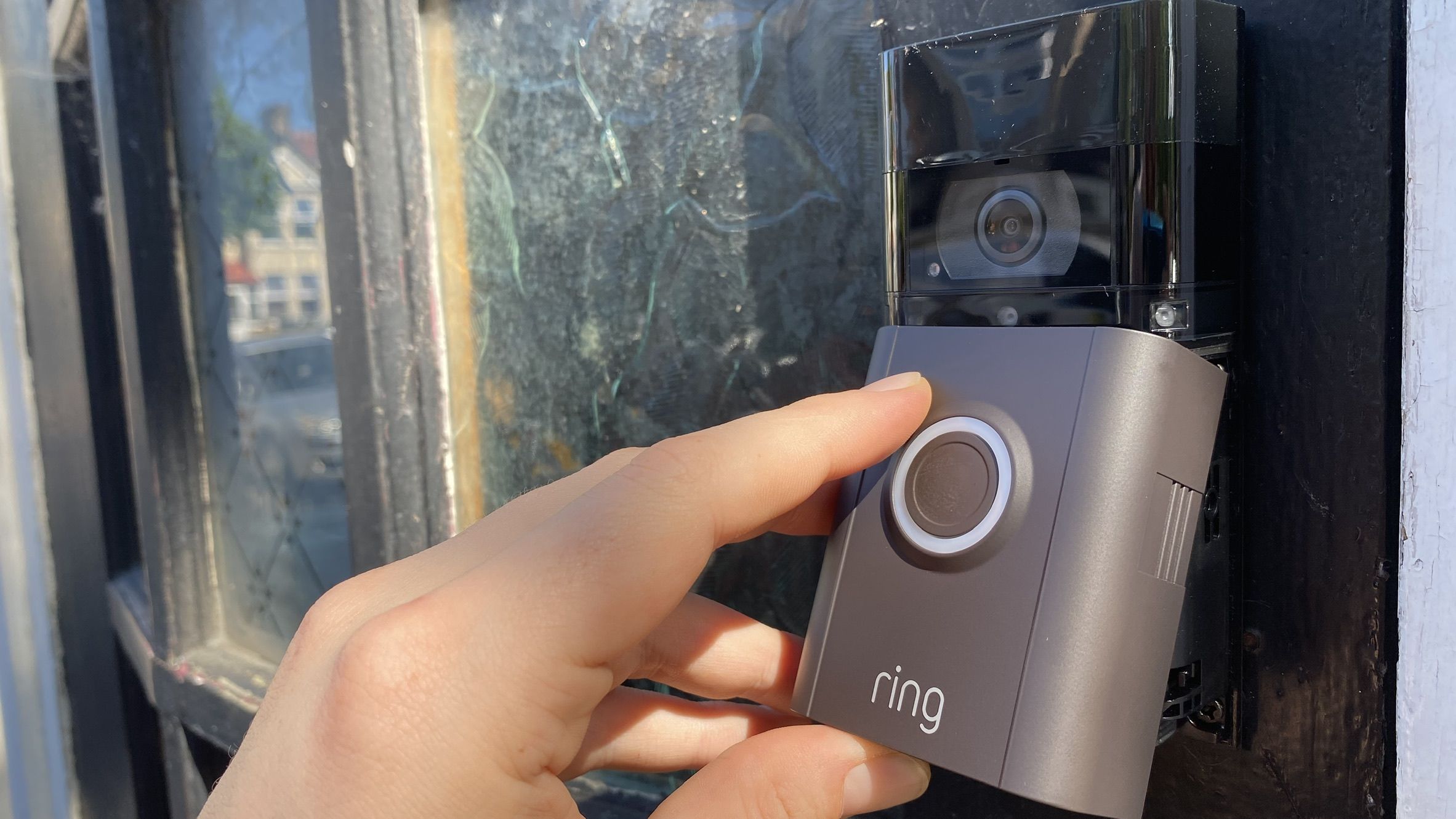 While previous Ring doorbells were limited to 2.4GHz Wi-Fi, the latest Doorbell features support for both 2.4GHz and 5GHz Wi-Fi, translating to an all-round snappier experience when it comes to accessing your camera’s live stream. I’d often be waiting 5+ seconds for my Doorbell 2 to establish a connection over 2.4GHz Wi-Fi, but the same can’t be said for the Doorbell 3 Plus, usually connecting within a second or two of tapping a Ring notification, although I must admit I was using the new Chime Pro as an intermediary between the doorbell and my router.

The redesigned Ring Chime Pro is designed for use with the Ring Doorbell 3 Plus, featuring the same dual-band 2.4GHz and 5GHz Wi-Fi support along with the ability to notify people about doorbell and motion alerts, just like a standard doorbell chime would. There’s also a built-in night light this time around, adding a little bit of extra value to the £49 accessory compared to previous generations, and it’ll automatically pair with the Ring Doorbell 3 Plus too.

It’s a must-have if your router isn’t near the doorbell, as a fast and stable connection is required for optimal performance. The Chime Pro essentially acts as a middleman between your doorbell and your router, extending the wireless range beyond that of your Wi-Fi router. It’s worth noting that the extended Wi-Fi connection is for Ring devices only – you can’t use it to connect to an iPhone or iPad, for example.

At £199/$229, the Video Doorbell 3 Plus costs £20/$30 more than the standard Ring Video Doorbell 3, but with the valuable addition of Pre-Roll technology, I’d argue that it’s worth the extra cash. That price puts it firmly in the high-end of the smart doorbell market, competing against the likes of the £229 Nest Hello, which offers constant video recording, but it’s worth noting that Ring is one of few smart doorbell companies to offer the option of using a removable battery. Nest, and the like, require a hardwire connection to function.

It’s available directly from Ring, along with retailers like Amazon and Currys in the UK and Best Buy in the US.

As well as the upfront cost, you’ll also need to subscribe to Ring Protect to get the most out of the video recording capabilities of the Doorbell 3 Plus. Without Ring’s optional monthly subscription, you’ll only be able to view events that are happening in real-time – not very helpful if you were alerted to motion five minutes prior and missed it.

At £2.49/$3 per device per month it’s admittedly not the most expensive subscription on the market, and comes with other security-focused features that tie your various Ring devices together to make it worth the monthly fee.

For more doorbell inspiration, take a look at our selection of the best smart doorbells.

If you’re on the market for a smart doorbell, the Ring Video Doorbell 3 Plus is certainly worth considering. Overall, it offers great video quality, a well-designed app, and the Pre-Roll feature is handy enough to recommend it over the standard Doorbell 3. The upgraded sensors and features that reduce the number of false motion notifications are a welcome addition too, although the performance will very much depend on the environment outside your front door.

With that being said, there aren’t real upgrades in terms of camera quality, design or battery life, so it’s not what I’d call a must-have upgrade if you’ve already got a Doorbell 2.