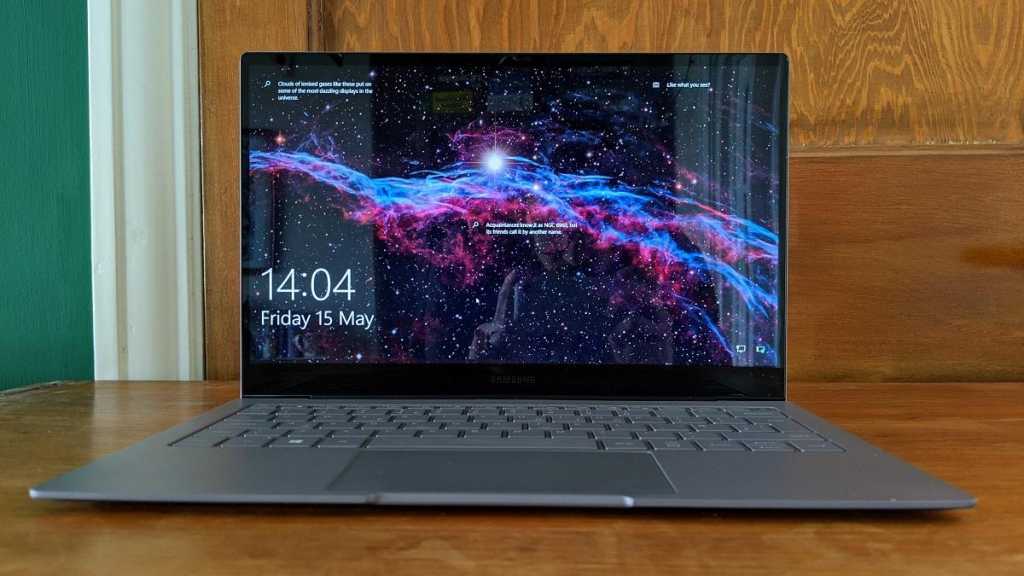 If you want an extremely thin, light and long lasting laptop then the Galaxy Book S is the front runner in 2020, smashing our battery life benchmark. While performance is improved compared to older Snapdragon chips, there are still issues, some of which will be a dealbreaker for some users.

It’s been a while, but Samsung laptops are finally available in the UK again. The Galaxy Book S comes along aiming to be one of the best at combining design and performance, partly thanks to its Qualcomm Snapdragon processor.

Samsung stopped making laptops for the European market back in 2014 ( a story we broke, in fact) but now says its latest device is “game-changing”. And yes, we did have the Galaxy Books, but that was technically a tablet.

The Galaxy Book S is for “high-performing users who don’t want to be weighed down by excessive size and features of traditional laptops”, according to Samsung.

In my testing, this is partly true. The laptop is insanely thin and lightweight, with astonishing battery life. However, it’s not all plain sailing, thanks to some performance and compatibility issues.

Design & Build – Light as a feather

The first thing that’s noticeable here is just how light the Galaxy Book S is. At just 960g, it feels like getting a tablet out of the box, not a laptop.

It’s also very thin, ranging between 6.2- and 11.8mm, largely due to the fact the processor enables a fanless design. This also has the benefit of meaning the laptop runs silently.

Similar to rivals like the MacBook Air, the design is kept minimal and sleek. Bezels are tiny, lines are uninterrupted and the anodised aluminium has a pleasing finish. I like the way the lid curves at the back edge, too.

I looked at the Earthy Gold model, which gladly has a very subtle tone but you can also opt for Mercury Grey if you prefer.

While this might be one of the best looking laptops, the thin design does have drawbacks. Namely the keyboard, which doesn’t offer much travel and therefore feels flat – quite literally.

As with pretty much any keyboard, I was able to adjust over time but moving back to a better keyboard it’s instantly apparent how much better things can be.

The other issue with the keyboard is that the backlight, despite having three brightness settings, is so dim even at maximum that it’s almost pointless even having it unless you’re sitting in the pitch black.

The trackpad, on the other hand, is a lot better. To be picky, the chassis of the laptop means it’s not very tall but I didn’t find this to be a problem.

This modern style means there are just two physical ports, both of which are USB-C. That might be fine for some but if you’re like me and use plenty of USB-A devices, it can be a real pain.

Samsung does provide an adapter in the box, but it’s a little bulky and you’re still limited to one port when the other side is being used for power.

Battery life doesn’t normally feature this high up in a review but the Galaxy Book S is very special in this department.

We already knew Windows laptops running on Snapdragon could last a long time with the HP Envy x2 lasting just over 20 hours in our video loop test.

However, the Galaxy Book S has smashed that record out of the water despite a fairly small 42Wh battery. In the same test it lasted a frankly insane 25 hours and 24 minutes, a little longer than Samsung’s claim of 25 hours.

It really was like a Duracell bunny and kept going and going.

Of course, the laptop isn’t going to last that long in a work situation. A normal work day for me, 9am-5pm with a lunch break – which typically involves a lot of Chrome tabs and word processing, the Book S lasted the day with 12% of the battery left.

Charging with the supplied ‘Super Fast Charging’ USB-C charger, the laptop can get 26% in 30 minutes. Many can get closer to 40- or 50% but even a quarter of this battery is many hours of usage.

Galaxy Book S battery life is a lot longer than Intel and AMD rivals, but can the Snapdragon match up when it comes to computing performance?

Performance – Better but not best

Qualcomm has certainly made good progress since the first batch of Snapdragon chips for Windows, but the short answer to the above question is no. Performance doesn’t match Intel and AMD rivals at this price.

Of course, whether the Book S is suitable for you depends on what you need it for. But even my fairly basic usage of web browsing and simple office tasks was met with frequent lag, even things like waiting for the selection of emojis on Twitter to load could take a few seconds.

I also had Chrome tabs randomly crashing, which is not a problem I’ve had on any other laptops recently.

Running benchmarks is tricky on a Snapdragon so we can’t compare with all our usual tests, but what we do have gives you an idea of how it’s been improved from the 835 and where it sits compared to rivals, albeit Core i7 chips from Intel.

Qualcomm says the 8cx compares to a 10th-gen Core i5 and the Book S comes with 8GB of RAM. Our PCMark 10 score comes via Qualcomm as we were unable to get the test to work.

There are also compatibility issues to be aware of as unlike the Envy x2, the Galaxy Book S comes with Windows 10 Home, not the limited S version (despite the laptop’s name). That’s a little confusing considering the name Samsung has chosen for the laptop.

In a way, that’s good but there’s nothing to stop you downloading and installing software that won’t run on the ARM-based Snapdragon. It’s the same situation as the Surface Pro X, which runs on a tweaked version of the Snapdragon 8cx.

I forgot about this for a minute, downloaded Rocket League via Steam, which then wouldn’t run and doesn’t provide a message to inform you of the issue. This lack of support for x64 apps will be critical to some, despite the situation being a lot better than it used to be.

ARM support is improving over time but you’ll definitely want to check whether the software you need to use will work before buying a Snapdragon machine with Windows.

Other specs are quite simple here with just 256GB of storage (although 512GB might be available in some markets). There’s a Micro-SD card slot if you need to add more, with up to 1TB cards supported.

Just like your smartphone, this means you can get 4G LTE data connectivity on-the-go, with no need to find a Wi-Fi network to get online. The slot, which is also where a memory card goes, doesn’t even need a tool to remove it.

Despite the tiny bezels around the screen, the reasonable quality (that’s about the norm) webcam sits above the screen. And the fingerprint scanner for Windows Hello log in that’s embedded in the power button works very well.

Like so many portable laptops, the Book S offers a 13.3in display which is and probably always will be the sweet spot.

Although this is Samsung, there’s no AMOLED technology here. The screen isn’t even IPS but uses a TFT panel but is one of the best I’ve seen to date. It’s nothing special, but viewing angles are still good and so are colours, contrast and brightness.

In our usual lab tests using a Spyder X Pro, the Book S manages a decent maximum brightness of 377cd/m2 with 97% of sRBG. For AdobeRGB, things drop to a not so good 76%.

I suspect the reason for this lower-end tech, along with a Full HD resolution, is to maximise that battery life. And in this case, it’s a great decision as this screen is by no means bad and also supports touch input.

Although Samsung lists a 512GB model in the spec sheet, the UK store simply has the base model, which has 256GB.

At the moment, you’ll have to go direct to Samsung to buy it.

That combination means it’s up against some tough competition such as the MacBook Air, Dell XPS 13 and HP Envy 13. If a tablet sounds more appealing then the Surface Pro X is a similar device.

Check out more of the  best laptops on the market.

There’s no doubt that the Galaxy Book S is an amazing laptop in many ways.

On the design front, it’s one of the best looking and is supremely compact and lightweight.

Qualcomm has clearly made decent strides with the Snapdragon 8cx compared to previous efforts, especially when it comes to battery life – the Book S is the longest lasting laptop we’ve ever tested by quite some margin.

Computing performance still isn’t quite good enough for this machine to get a higher score, with noticeable lag along with the ongoing compatibility issues with running certain apps on ARM – even if things are getting better.

More minor issues include a lackluster keyboard with an almost pointless backlight and the limitations of only having USB-C ports.

Still, if you have the money to splash and want a stylish laptop for basic usage that lasts longer than a Duracell bunny then the Galaxy Book S is the one.