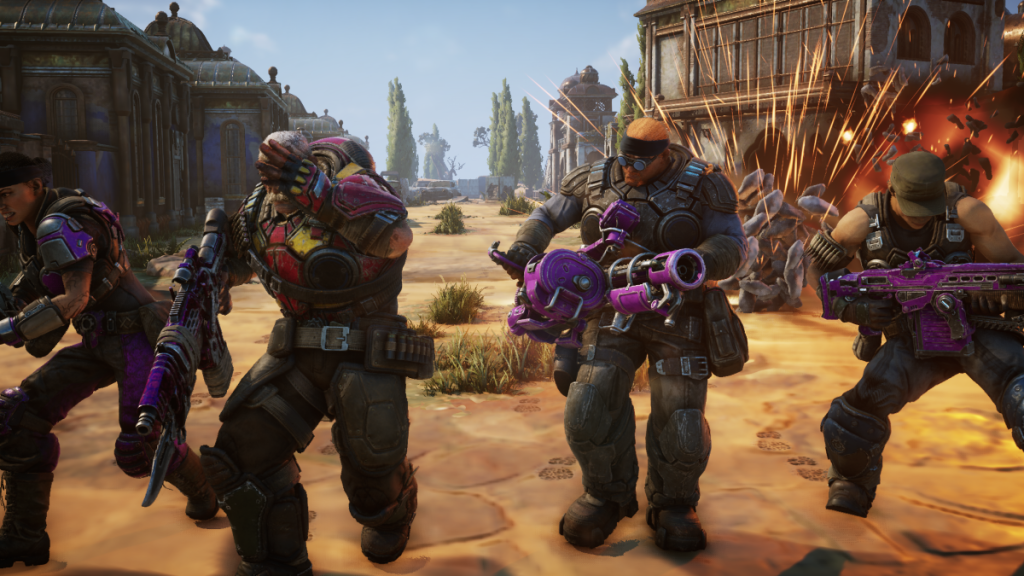 I wasn’t expecting to like Gears Tactics this much, and the tactical layer is phenomenally enjoyable. If this is all you want, Gears Tactics is a must-buy. However, a lack of memorable moments and the lack of a grander strategy layer to dig your teeth into could leave some itches unscratched, despite the quality shown by Splash Damage and The Coalition.

A franchise composed of whirring chainsaws, hypermasculine posturing and necks the size of a 2017 Smart Fortwo Cabrio, it might be hard to picture the action-tastic cover shooter Gears of War as a tactics game.

However, defying the odds, developers Splash Damage and The Coalition have come together to make a tactical shooter that feels immediately familiar to anyone who has played strategy games like XCOM or the Gears of War franchise, imbuing the former’s ponderous tactical layer with the power fantasy of the latter.

As a result, playing Gears Tactics often feels less like a struggle to survive, and something more akin to strategic thrash metal as you command a squad of up to four Cogs to plow through missions as quickly as possible, racking up obscene body counts as you start to learn how to manipulate the flow of action points. 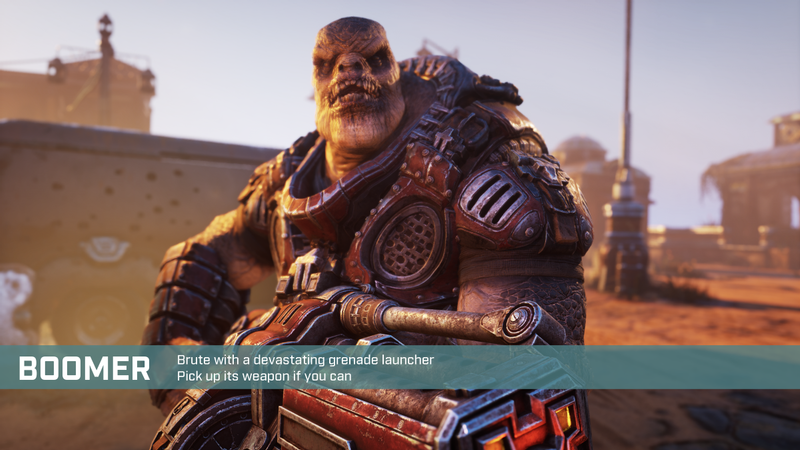 Every Cog in Gears Tactics starts with three action points. Nothing ends your turn early here, so if you want to fire three times, you can. However, action points are issued fast and loose, with your characters able to hand them to others or even empower themselves with extra points or even free actions.

The result is you can easily get a swarm of extra actions, giving you the opportunity to make a real dent in the approaching baddies.

Note that the game is available for Windows 10 for now, with an Xbox One release in the works. Get it from Amazon,  Microsoft or Steam.

Those whirring chainsaws are still present and correct, despite the change of genre, and they’re joined by several other Gears of War mainstays.

Elements have been moulded to give players an actual reason to use them: a chainsaw can effortlessly carve up a powerful Locust, while moving to execute a downed enemy will give everyone else on the team an extra action point to spend.

This is invaluable, but the key choice comes in whether you make a risky play to get the immediate bonus, or you delay the execution for a turn to give your entire team some extra juice on the next level. 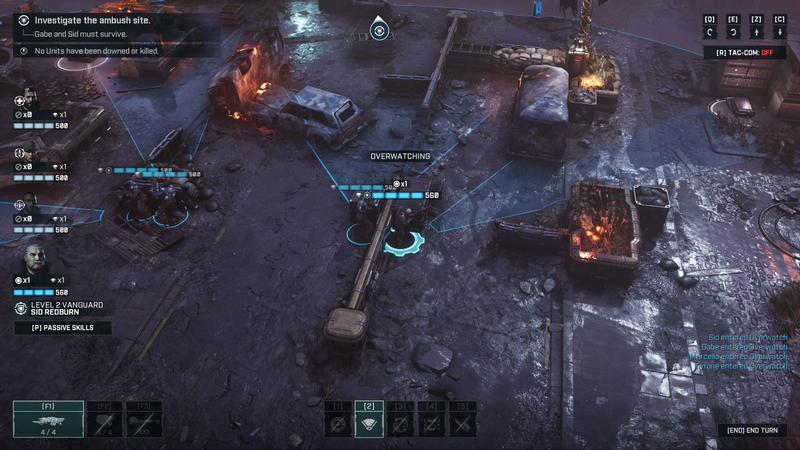 When players go down, they’re revivable. They can also revive themselves, albeit with fewer action points, and even on the hardest difficulty I haven’t had any of my troops actually die. The closest came during a boss fight against the tower-block sized Brumak, a chonky lad with rocket launchers, miniguns and a willingness to get stompy against my troops.

These boss fights all feel unfair initially, but they’re really about modifying your tactics: the power fantasy works so well that in regular play you’ll charge into the enemy to bloody their nose and seize an advantage, while these boss fights show you something scarier than you, which is honestly a welcome change of pace.

There’s a wealth of customisation options in the game: while you can’t change the look and features of your hero characters – and with four Cogs on the field at any one time, most of them will end up being hero characters – you can change the name, look and style of your regular troops without a problem, and there really are some great options.

For everyone else, there are a wealth of different armour types available. Every soldier will always look like a fridge-freezer clad in metal and kevlar, but you can change the colour, metal finish and even style of your armour, weapons, helmet and even boots, giving you a lot of control of how your guys look. 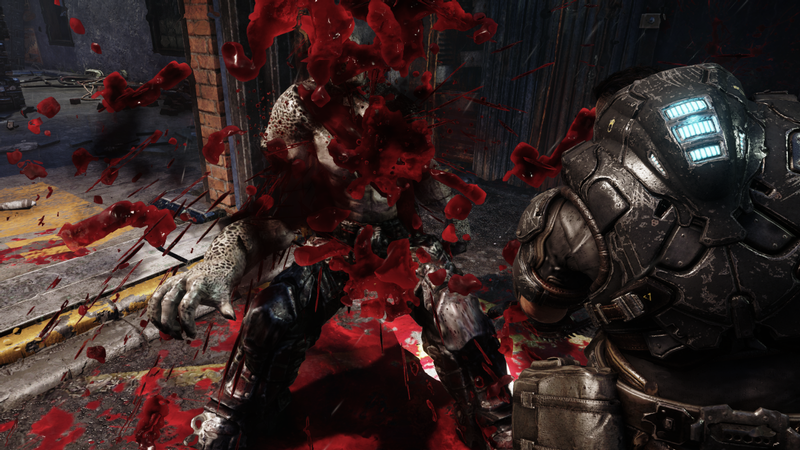 You find new items on the battlefield inside crates scattered across the battlefield, letting you find all of these items, plus weapon mods. This gives you something else to distract you with during missions, and tweaking your weapons between missions is pretty entertaining in itself.

There isn’t a “meta” layer like several other tactics games, just this series of tactical assaults, but Gears Tactics gets around this with charm: the combat is enjoyable and gory, the customisation tools at your disposal are powerful and each of the classes available have extensive skill trees, letting you build them out into one of four different archetypes within that class or even a mix of a few different types.

It’ll pay to specialise here, as a lot of the talents located on the outer edges of the skill tree are powerful enough to turn the tides of battle in your favour.

Gears Tactics deserves to be a success, although it has been stymied slightly by the surprise launch of a new entry in the better established XCOM franchise.

But I want it to work because I want to play Gears Tactics 2, with some of the solid ideas here expanded on, and the game more fleshed out.

This game is, in short, a fantastic tactical strategy game. There’s just the feeling that it could have delivered a few more memorable moments, or a little more mechanical complexity. However, this is it: the few small areas that stop Gears Tactics from getting top marks.