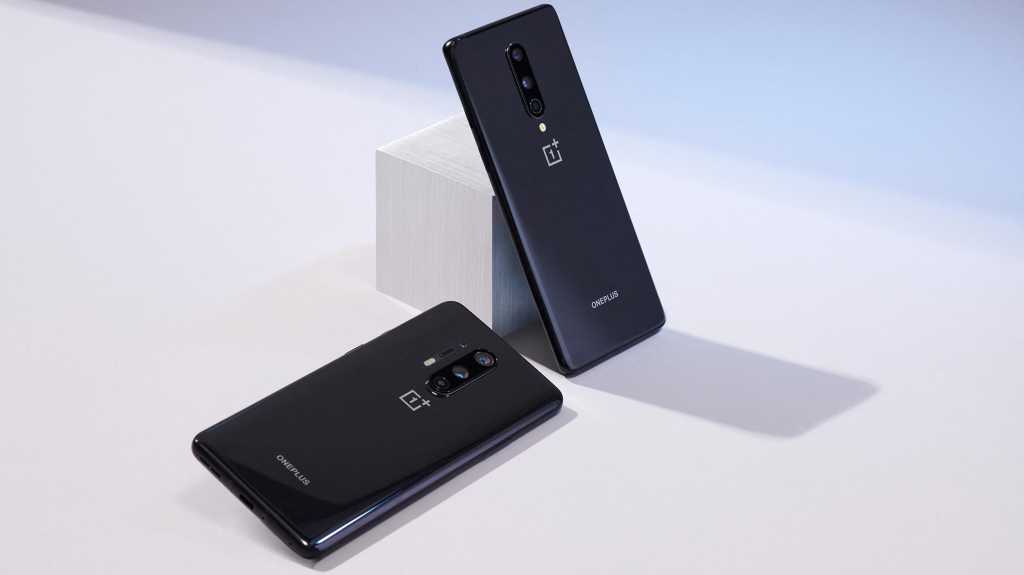 If you can afford it, the Pro is the model to go for here as it ticks every box we can think of at a still reasonable price. You get waterproofing, wireless charging, better cameras and a more impressive screen. If those don’t float your boat then the regular OnePlus 8 remains excellent value for money.

OnePlus has, as promised, launched the 8 series of smartphones for 2020. The regular OnePlus 8 and OnePlus 8 Pro have various differences so you’ll want to think carefully about which one to buy.

This is one of those comparisons where we’re going to split the article into what’s different, then talk about what specs and features the phones share. Let’s start with the important differences.

The displays on the OnePlus 8 series phones might look pretty much the same but the Pro gets a few extra features. Namely a 120Hz refresh rate and Quad HD+ resolution, when the regular 8 is on 90Hz and Full HD+.

That’s not necessarily a bad point for the OnePlus 8 as we find the difference in refresh rate minimal and this combined with the higher resolution will drain your battery quicker. So unless you really want those top trumps specs, the Pro might not be worth it.

The displays are a slightly different size too, so the OnePlus 8 comes in at 6.55in while the Pro is 6.78in. Not a huge difference, but worth considering.

Photography is a fairly big difference here, rather than just the one lens difference we often see between phones in the same family.

Although it’s still 48Mp, the OnePlus 8 Pro has a more impressive sensor. It’s main camera is a Sony IMX689 while the regular is using the older IMX586. The Pro also has this but is using it with an ultrawide angle lens.

It then has a 3x telephoto lens and a 5Mp colour filter camera. The regular has an ultrawide but at 16Mp and it’s third option is a 2Mp macro.

Here are the details for each phone’s rear cameras:

Different size devices often have different sized batteries and that’s the case here. The OnePlus 8 is an impressive 4300mAh but the Pro goes further at 4510mAh.

Both OnePlus 8 models have Warp Charge 30T wired fast charging. However, the 8 Pro is the first phone from the company to get wireless charging.

This is also 30W and even has reverse wireless charging like some Samsung Galaxy handsets. This means you can use it as a charger for other devices such as compatible wireless earbud cases or other phones.

Apart from the 8 Pro being slightly larger and heavier than the regular model due to its bigger screen and larger battery, it has a key advantage.

It’s the first OnePlus phone to come with proper waterproofing. It’s the highest rating at IP68 so can be fully dunked in fresh water and is also fully dust proof. The regular OnePlus 8 has no IP rating.

In the UK, both phones come in Onyx Black or Glacial Green.

However, things are more complex in the US where the regular 8 is available in Glacial Green or Interstellar Glow.

The 8 Pro is then available in Glacial Green, Onyx Black or Ultramarine Blue.

There’s a minimal difference between the phones when it comes to internal components and really is only one that techy users will care about.

While the OnePlus 8 has DDR4 memory, the 8 Pro has faster DDR5 RAM instead. You might get one-up on your mates down the pub but between the two phones we’ve not noticed a difference in this respect when it comes to real world usage.

So there’s plenty on the OnePlus 8 Pro to tempt you with, but how much more is it? Well it’s £200 or $200 extra well spent if you ask us, especially when you compare it to other brands.

You’re getting a lot extra for your money, although we would say don’t do it if for the screen upgrades alone as these are a little over the top. Check the table below for full pricing.

With the main differences between the OnePlus 8 series covered, here’s a simple spec list of the things you’ll get no matter which phone you buy.