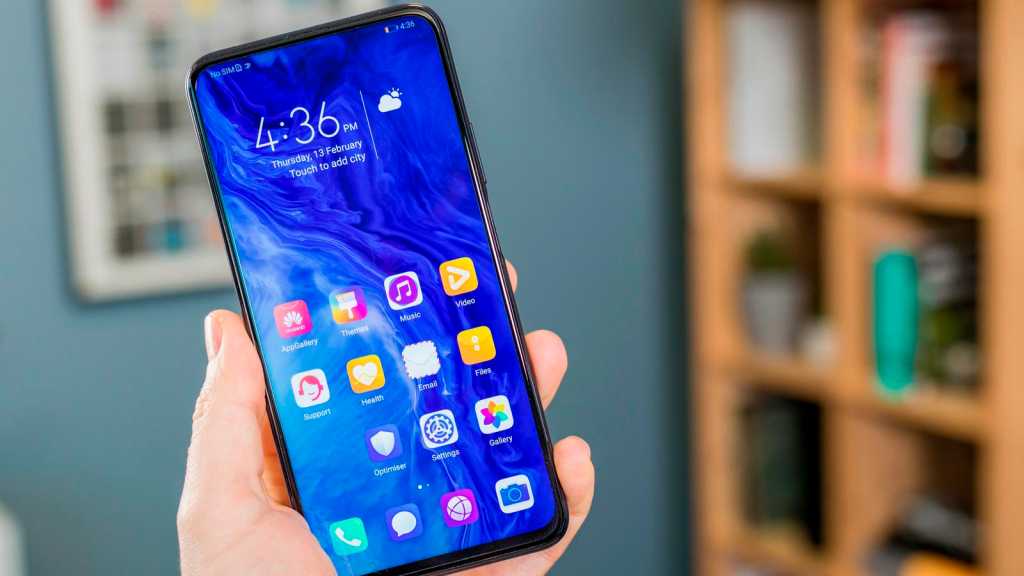 The Honor 9X Pro has a high-end design and a decent camera set-up for a great price, but the lack of Google features do make this phone inaccessible for the everyday user.

The 9X Pro from Honor is a higher-spec version of the Honor 9X, which came out in Autumn 2019 in the UK. This phone carries over a lot that we loved about the base model and some nice upgrades – but it’s hard to ignore the omission of Google integration.

I spent some time with the Honor 9X Pro to see how it performs under day to day use – read on for my full thoughts. Alternatively, check out our list of the best phones from Honor as a whole.

Visually, the Honor 9X Pro has quite a bold and stunning design for the price, with a curved exterior and a glossy finish all over. There’s two colours available – the standard black and the purple and pink ombre that I tested. It looks and feels more expensive than it actually is on first glance.

The back of the phone has this 3D ‘X’ effect which really stands out against competitors. This phone also has a fully glass black, which is an upgrade from the 9X which is made from plastic. The fingerprint scanner has also been moved to the side, freeing up space for the design to shine. This is also generally a much more natural place for a fingerprint scanner to be, as it means the phone unlocks when you pick it up.

The screen is just as impressive, with a 6.59in Full-HD+ LCD display and a 92% screen-to-body ratio. The 9X Pro doesn’t need a notch, thanks to the inclusion of a pop-up selfie camera, making it a great phone for watching videos and playing games on.

This phone sits on the bigger side at 163.1 x 77.2 x 8.8 mm in size and a weight of 206g, which personally I found slightly impractical for fitting in pockets, but others may see the size as a major plus. You also get USB-C charging, a 3.5mm headphone jack and a micro-SD card slot.

The phone runs on EMUI 9.1 – based on Android 9 (Pie). This isn’t the latest version of Android, though this phone could potentially get an update to Android 10 further down the line.

The layout is pretty simple and easy to navigate, though there are quite a few pre-installed apps such as the Huawei Health app that I found cluttered up the interface and found no use for. Those more invested in the Huawei/Honor ecosystem may disagree, but it wasn’t to my tastes.

The Honor 9X Pro comes with 6GB RAM and 256GB worth of internal storage, with room for up to 512GB of additional external storage for all your photos or demanding apps. The phone runs on a Kirin 810 chipset, which is a decent mid-range processor. It felt quick and responsive to most tasks and I didn’t have any trouble.

Under internal tests, this processor does show differences in comparison to the 9X, sitting roughly around the same position as the likes of the Realme 6. You can see the full benchmark results below:

The Honor 9X Pro comes equipped with a triple-camera with a 48Mp main rear lens, as well as a 8Mp wide-angle lens and a 2Mp depth assist lens. There’s also the 16Mp pop-up selfie camera, which gives the additional benefit a bezel-less full-view display.

The main camera is pretty decent, offering crisp levels of detail and vivid colours in good lighting. Details are lost when moving into the wide-angle, but this is still good enough to get that extra bit of landscape when taking photos whilst travelling.

I’m quite impressed with the portrait mode on this camera, which captures textures quite well and blurs the background to a reasonable amount without detracting too much from the focus image. The Honor 9X Pro is a good option if you’re looking for a phone that will take a good selfie.

The phone is also capable of shooting video in 1080p (60fps on the rear and 30fps on the front), with a video stabilisation feature if you’ve got wobbly hands.

Even though the 9X Pro packs the same 4,000 mAh battery as the 9X, I found this phone to last longer overall, getting nearly two days worth of actual usage despite texting, using social media and video-calling during these times of social distancing.

The battery life scores also seemed to reflect these sentiments. Under controlled testing, the 9X Pro achieved 9 hours and 11 minutes from full to flat (over two hours more than the 9X), and charged 31% in 30 minutes turned off. It’s worth noting that this phone doesn’t have fast charging capabilities, but the longevity of the battery life does make up for this.

Honor is a sub-brand of the tech giant Huawei, and thereby it’s also been hit by the US trade ban on Chinese-owned businesses. The biggest impact here is that Google has had to cut ties with Huawei and Honor. So if you’re a fan of Google Drive, Google Maps, YouTube and Gmail, you won’t get these on this phone out of the box, which honestly may be a deal-breaker.

In addition, this ban also affects most other apps you’d install from the Google Play Store. You won’t get Facebook, Twitter, Instagram or Whatsapp ready and waiting on the handset. However, you can still get hold of some apps through a number of methods.

If you’re not too keen on sideloading Google features, one easy way to get apps on the Honor 9X Pro is to use the Amazon App Store. On here, you can get the likes of Facebook, Twitter and Instagram to scratch the itch for social media.

Alternatively, when you first set up the phone, Honor offers a ‘Phone Clone’ feature to bring over things stored on your own phone, including apps like WhatsApp. It’s worth noting though that there are some apps (even non-Google ones) that you won’t ever be able to download on the phone, and our workarounds may not be guaranteed to worked in the future.

If you desperately need to get old of Google-specific features like Maps, you’ll have to use them in the browser. Gmail can be integrated into Huawei’s own email system.

I did try to use the phone without using any of these methods at first, and honestly it was difficult. I’m quite invested in the Google ecosystem and Play Store apps both for work and my personal life, and not having access to my Twitter gave me some serious virtual separation anxiety (maybe that’s more of a me problem).

If however you’re not too bothered about Google and want to give the Huawei/Honor ecosystem a whirl, then this is a different story – especially if you’re thinking of investing in other tech from these brands like the Honor MagicBook.

The Honor 9X Pro launches this week, and has an RRP of £249.99 at the time of writing. However, Honor is knocking off fifty quid in the launch sale, which is quite a steal.

The US will likely not be able to get the Honor 9X Pro due to the Huawei trade ban. If you’re American and would like this phone, you’d have to get it imported via a site such as Gearbest.

Even for £250, you’re getting a lot of kit, especially when it comes to the triple lens camera and the big battery life. However, there are cheaper budget alternatives that boast similar specs and still come equipped with all things Google. One example would be the Oppo A9 2020, which comes in at £219.99 and has an even bigger battery life.

The design is the nicest thing about the Honor 9X Pro, with both an uninterrupted screen and a glass rear. It’s hard to know how much of an effect the upgraded processor has – perhaps this is something that will affect the longevity of the phone.

Sadly, the omission of Google is a massive turn-off for someone who relies on that ecosystem. I tried to work without it (and not use sideloading), but found myself relying on other devices for my calendar and using apps like Google Maps which have no Huawei equivalent.

I would personally recommend to stick with the Honor 9X if you’re reliant on Google, as it still packs similar features and specs. Software aside though, this is still an attractive phone with a great camera and battery life, whilst sticking to an affordable price.