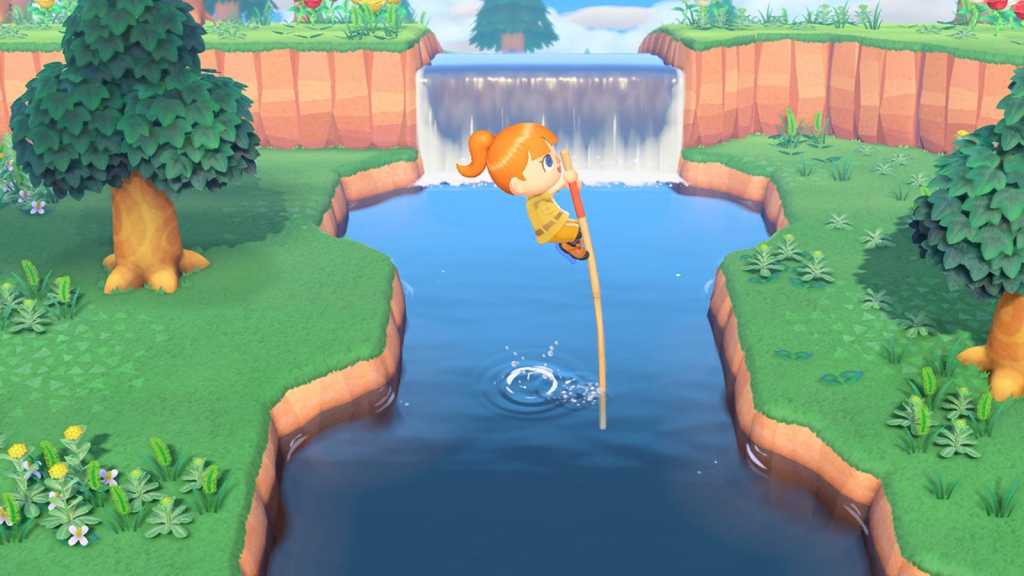 The hype for Animal Crossing: New Horizons wasn’t an exaggeration – it’s relaxing, heart-warming and an all-round beautiful game for the Switch that is likely to sit up with other legendary Nintendo games like Zelda: Breath of the Wild and Mario Odyssey for years to come.

Whether you’re a seasoned Animal Crossing veteran or a newbie to the series, New Horizons is the perfect game to chill out and unwind with. The gameplay is easy to grasp (and highly addictive), the new skills and location are fun to explore and the additional multiplayer features make for a great online community.

Animal Crossing: New Horizons is out now for the Nintendo Switch console line, priced at £49.99/$59.99. It takes everything that players loved from games like New Leaf, and adds minute levels of detail and extra features to keep fans on their toes. Read on for our full review, or alternatively find out why this game in particular is beneficial for your mental health during self-isolation. We also have tips for mining Iron Nuggets in the game, growing a money tree, creating a Tarantula Island and all the information on the second free update.

The player begins the game with a deserted island – hosting only a tent for resident services, yourself, and two other villagers who are ready to start afresh on this new paradise. The game syncs up with real-time, and mimics the seasons you’re actually in when you choose which hemisphere you live in right at the start. 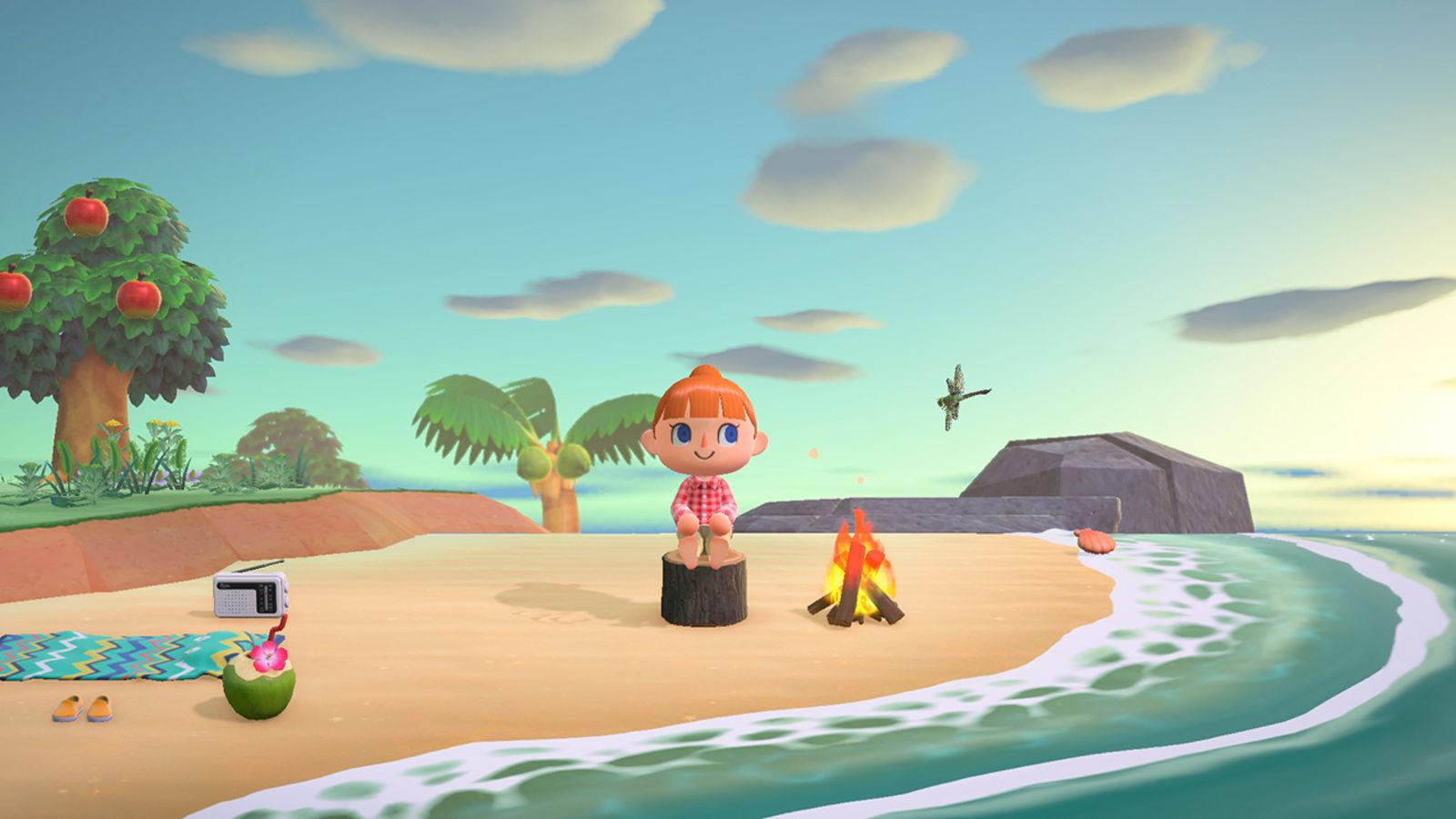 Whilst some games are easy to binge in two days straight, Animal Crossing instead encourages a more ‘little and often’ approach. You may complete a task for one of the villagers, but be told that you won’t see the result until the next day. Tom Nook also does an island-wide broadcast every morning, so you can find out what new exciting opportunities are available to check out every day of the week.

This is a game with no end – you can take it as fast or as slow as you want. You want to build your island into a bustling community as soon as possible? Follow all the missions to go fishing and catch critters. You’d rather live in your tent and keep things basic? That’s great too! There’s no right or wrong… except maybe running around at night whilst spiders are about. Try to avoid that.

Whilst you still get Bells for all the materials and creatures that you can collect on the island, the game also includes a brand new points system: Nook Miles. These are given to nearly every task that you complete in the game. 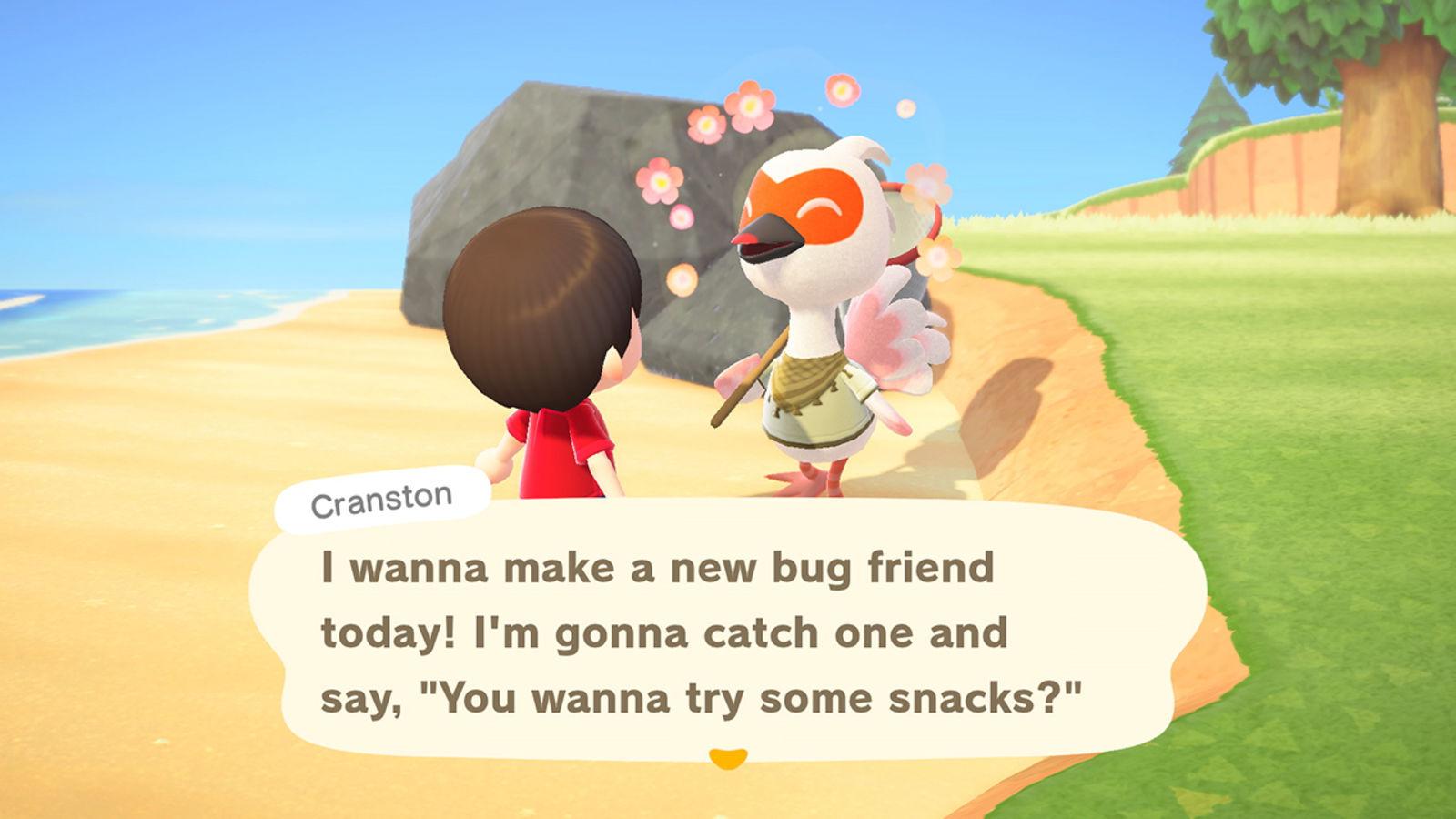 The new DYI workbench and crafting skill forces you into collecting materials from around the island, and talking to villagers for new recipes expands the list of things that you can have in your inventory/around your home. Every step in this process earns you Nook Miles, which gives you extra incentives to play more.

Nook Miles can be redeemed at the Nook Stop Terminal to spend on the likes of furniture, clothes, recipes, hairstyles, an expanded inventory and Nook Miles Tickets. These tickets are for use at the airport, and can take you to other deserted islands filled with unique materials, and even a villager which you can recruit to your island. The airport also plays another huge role: multiplayer.

You can visit the islands of friends through either couch co-op (though you can only have one island per Switch) or a wireless connection (both local and online) via  Nintendo Switch Online. Besides sizing up how pretty someone else’s island is, you also can help gather materials, and take some funny photos for Twitter. 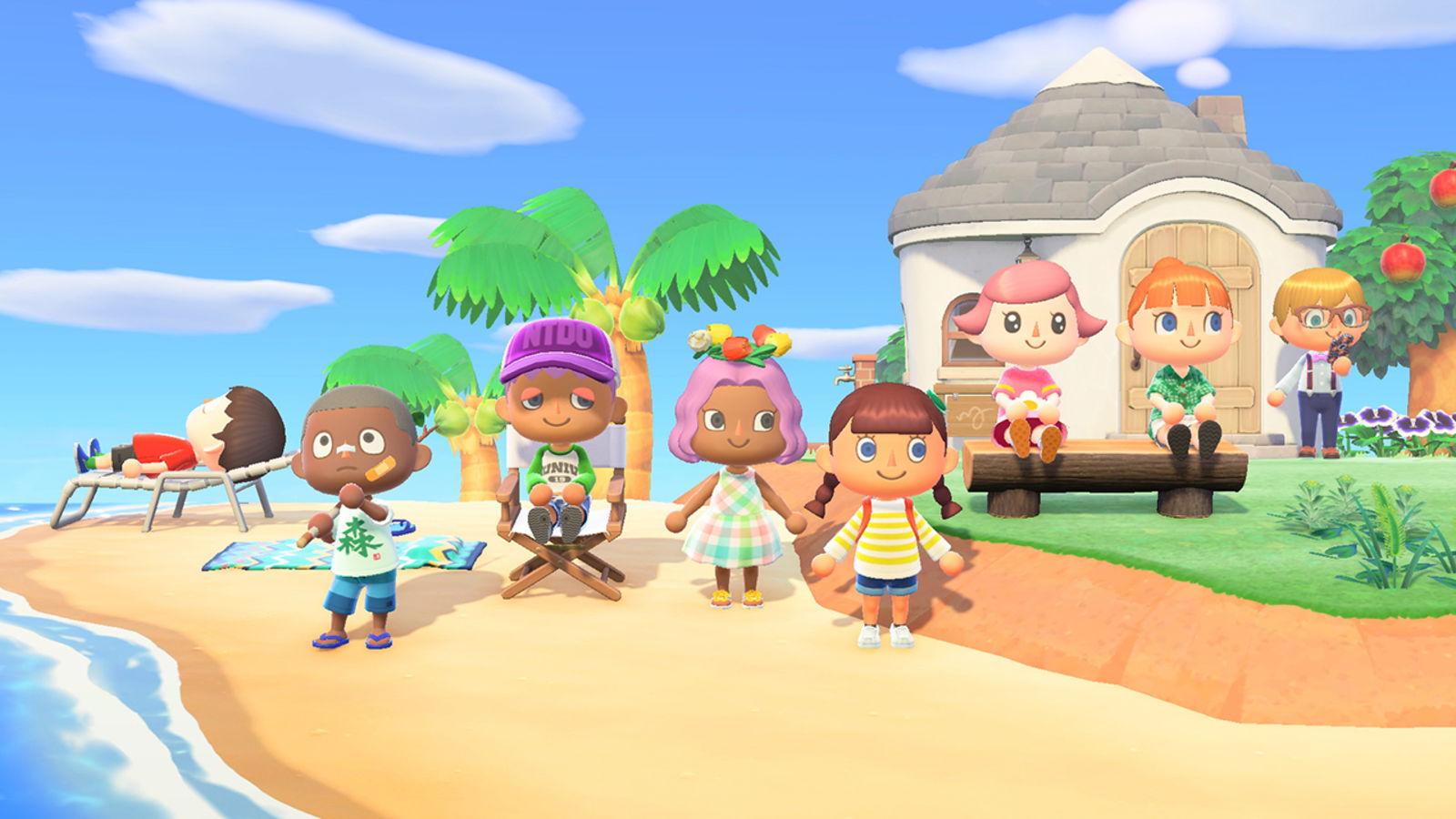 Though this can be great once it gets going, actually inviting friends to your island is a mahoosive faff. You have to have both characters interact at the airport either end – and ensure that there are no interruptions whilst the connection is taking place, which includes opening your Nook Phone. You also can’t see your Nintendo friends list in-game until they’re actually connected.

This isn’t the only online niggle – the lack of cloud saves means that if you lose or break your Switch, your data will likely never be recovered. Nintendo has stated that they’ll be rectifying this further down the line, but it’ll remain to be seen how easy and accessible this actually is.

For solo play, Animal Crossing: New Horizons delivers a gaming experience that’s quite unlike any other. The gentle pacing, beautiful aesthetics and positive villagers will bring a smile to your face, and leave you coming back every single day to keep on improving.

Online, Nintendo needs to fix a few issues. Namely with the convoluted system for visiting islands, and the ability to cloud save in case you need to swap the console that you’re on – hopefully both these features will be addressed in future patches.

Despite these flaws, Animal Crossing: New Horizons is absolutely the game that we all need right now to escape from these troubling times that we’re in.