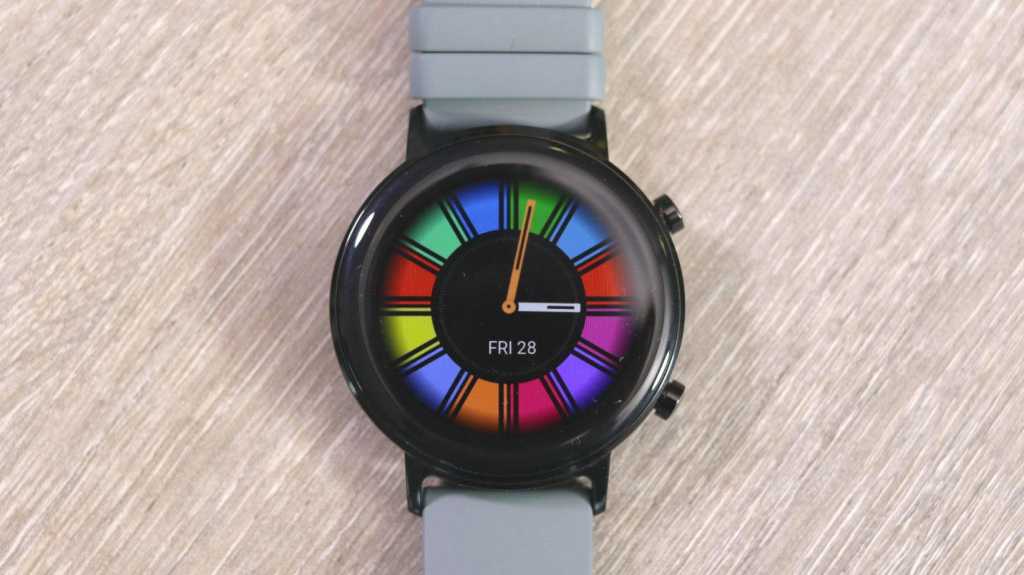 Aimed at Huawei and Honor phone owners, the Watch GT 2 is a great choice so long as you understand and can live with its limitations.

If you’re considering buying your first smartwatch, the choice is bewildering. There’s a variety of prices and operating systems, and you need to be aware of compatibility: not all watches work with all phones.

Huawei’s Watch GT 2 works with iPhone and Android, but you’ll only be able to use the full set of features if you have a Huawei or Honor phone.

The other thing to note is that the watch runs Huawei’s own operating system called Lite OS and not Google’s Wear OS. That’s an important distinction because you can’t install apps on Lite OS and so you can’t use the watch to control your smart home kit or do anything else that the GT 2 can’t do natively.

In this review we’re focused on the 42mm version. If you want to know about the 46mm, read our separate Watch GT 2 review.

There are pros and cons of choosing the 42mm Watch GT 2. One of the pros is price, as it costs less than the 46mm. At least, that’s true of the recommended price.

The 42mm Sport Edition was just £126.99 in the Deal of the Day sale in the UK, and at the time of review cost £159 from Amazon. There are two other versions: Classic and Elegant, both of which cost more.

So, it is worth looking out for deals, but even the prices we were able to find were much less than the original RRPs and make the GT 2 a lot more competitive when compared with other smartwatches from the likes of Amazfit. Indeed, you can see our recommendations of the best smartwatches to buy.

Primarily a fitness tracker, the Watch GT is 5ATM water resistant so you can swim with it, run with it, shower with it – basically wear it all the time.

It uses optical sensors to monitor your heart rate (TruSeen 3.5) and thanks to good battery life, it will also track your sleep.

GPS (and GLONASS) is built in so you don’t have to carry your phone with you in order to track outdoor activities such as running and walking, and you can transfer music from your Huawei or Honor phone to the GT 2’s 2GB of storage and listen to it via Bluetooth headphones without needing the phone with you. 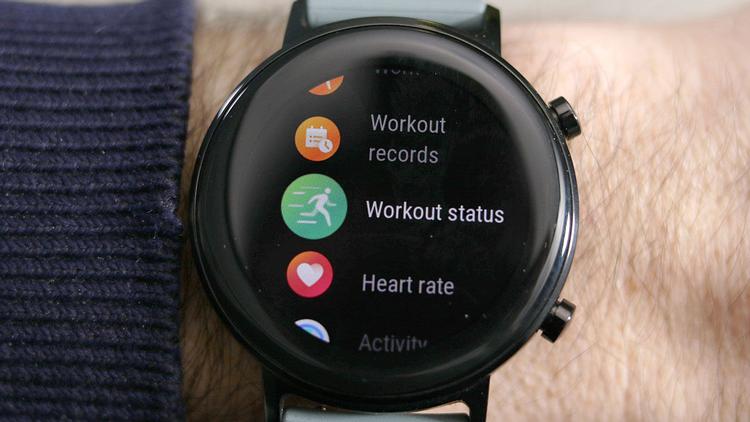 In terms of workouts, the watch can track what you do, but you can also follow the built-in courses which can help you build up fitness.

You’ll get notifications from apps installed on your phone, as well as for text messages and phone calls. These are somewhat limited in their nature, as you can’t reply to Whatsapp messages, for example. Think of them only as notifications so you know to check your phone for the detail.

Other built-in functions include a very basic current weather report, a digital compass, barometer, breathing exercises (just like the Apple Watch), a stopwatch, timer, silent alarm and a flashlight mode which uses the AMOLED screen’s full brightness to let you see your surroundings in the dark. 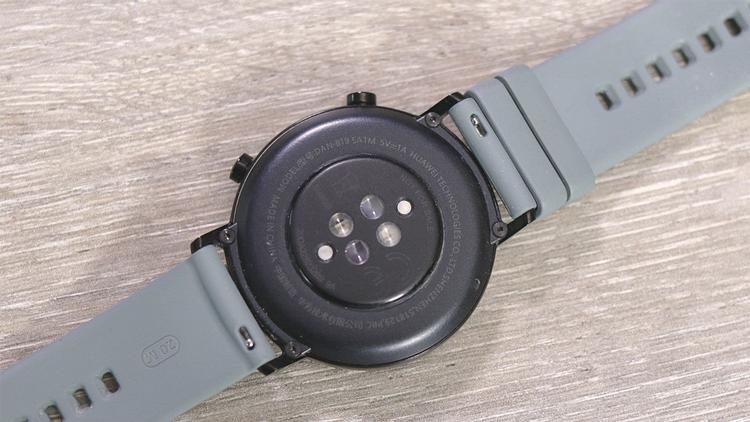 As you’d probably expect, you can also use the GT 2 to find your phone (one of the most-used features for many Apple Watch owners), so long as there’s a Bluetooth connection between your phone and watch.

A new feature in the GT 2 is TruRelax, a measure of how stressed you are. This monitors the variation in heart rate and shows your current stress levels on some of the watch faces, including the one below – the gauge which reads 49.

Note that the watch faces aren’t customisable or interactive: tapping on any of the information won’t take you to that function, but you can swipe left to get to most of the detail.

Some detail, such as sleep tracking, is only available in the Huawei Health app. On the watch itself you’ll just see an overall figure for how long you slept, but the app displays the breakdown of light, REM and deep sleep along with recommendations for how to sleep better. 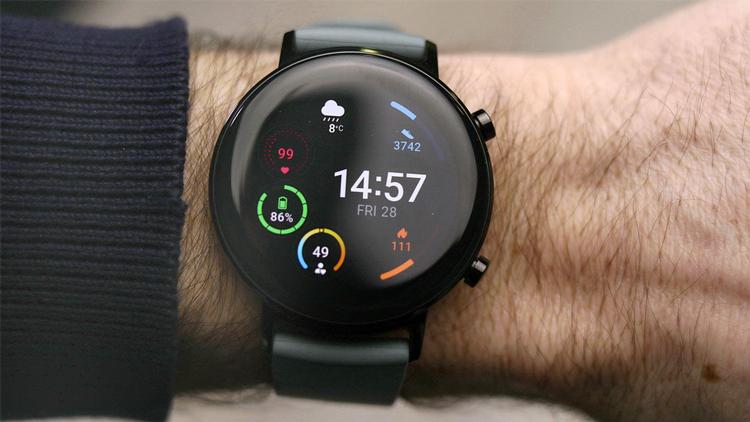 If you’re going to use the GT 2 with a non-Huawei or Honor phone you’ll need to install Huawei Media Services and the Huawei Health app from the Google Play Store.

What can’t the Huawei Watch do?

The GT 2 has a few other limitations to know about before buying one. There’s no speaker or microphone in the 42mm GT 2, so you can’t make and receive calls on it.

As you can’t install apps, you can’t control your smart lights and other gadgets you might have at home. All you’ll see are notifications from the associated apps. 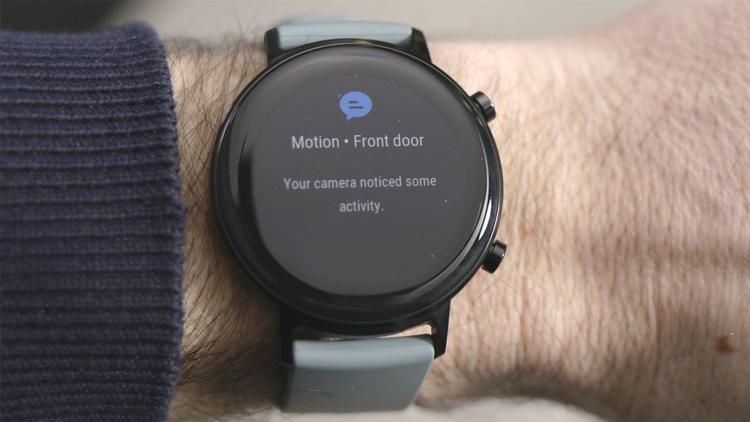 Also, you can only transfer music to it from the Huawei music app, so will only work if you have a Huawei or Honor phone.

The battery in the 42mm has about half the capacity of the larger GT 2, so you get around half the battery life. In real-world use that’s about five days, unless you’re hammering the GPS by doing a lot of jogging, in which case it will be less.

That’s still decent for a smartwatch, though. Although there is an always-on display option, this will reduce battery life by 50 percent.

Making payments via NFC isn’t possible with the GT 2 (outside of China, at least) so you can’t tap your watch to buy goods or services with it.

Finally, the GT 2 cannot measure SpO2 (outside of China). It’s possible that this feature will be enabled by a future firmware update, but don’t count on it.

The 42mm Watch GT 2 is a great-looking smartwatch that has the same excellent build quality of Huawei – and Honor – phones. It feels zippy, too, thanks to the Kirin A1 processor.

Its real strength is as a fitness tracker, thanks to GPS, water resistance, Bluetooth music and the on-board courses.

But if you don’t have a Huawei or Honor phone the feature list shrinks a bit and, if your wrist can accommodate it, the 46mm offers twice the battery life as well as the ability to make phone calls for the same price.