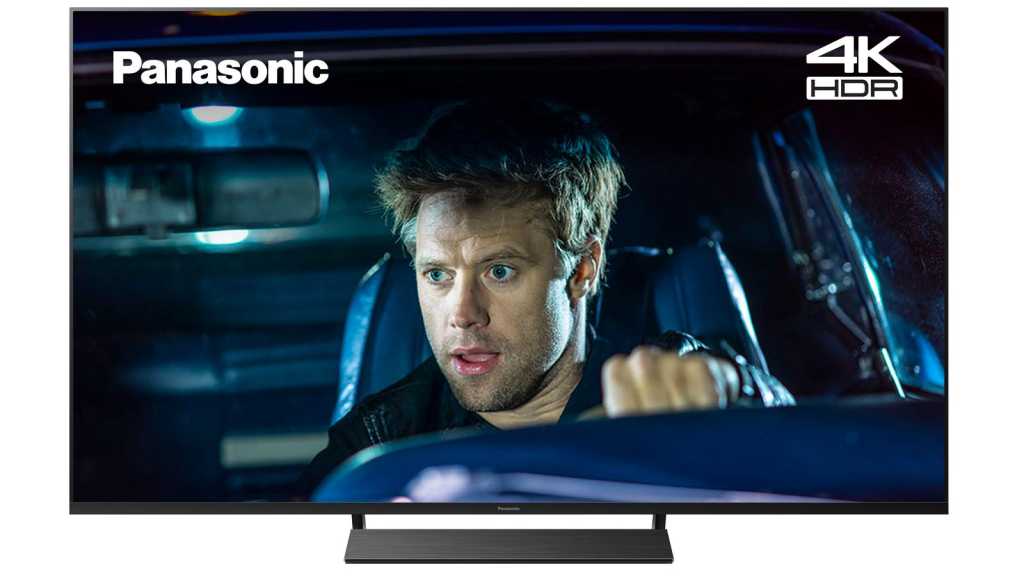 Panasonic has produced a cracking mid-range performer with the GX800, available at budget prices. Images are filmic and refined, and the provision of both Dolby Vision and HDR10+, along with Dolby Atmos pass-through, means it’ll serve as a great display in a home cinema setup.

With TV manufacturers typically backing one dynamic HDR standard or another, buyers have been tasked with the onerous (and confusing) choice of backing either Dolby Vision or HDR10+, the former supported by Netflix and Blu-ray, the latter Amazon Prime Video.

But with the GX800, Panasonic has neutralised the debate, offering both on this slick 4K smart TV that’s good quality and also affordable.

Panasonic lists the cheapest GX800 model at £799 with prices going up to £1,499 if you want the largest size. However, you’ll find the TV a lot lower than that at the likes of Amazon, Argos, Very, John Lewis and AO.

This puts it in line with the Sony KD55XG8796 and LG 55SM8600 NanoCell, neither of which are as generous with their HDR support, although they do offer comparable smart TV functionality.

The TV is not available in the US.

Check our best TV chart to see what other TVs might suit your home cinema.

Design and build are definitely better than budget. The look is minimalistic, but get closer and you’ll spot that the edge-lit panel actually sits on top of the surrounding bezel, rather than within it. A convenient pedestal stand means it’ll fit all furniture options.

Connections comprise three HDMIs, component AV inputs, and two USB ports, as well as Wi-Fi and a two-way Bluetooth Audio link which allows wireless audio to be streamed to the TV. This also supports pairing with wireless headphones for personal listening.

Panasonic’s connected OS is the open source Firefox derived My Home Screen platform V.4. This is easy to use, and highly customisable.

All the key streaming apps are available, including Netflix, Amazon Prime Video and YouTube. The Home screen launches with three icons, ‘Devices’, ‘Apps’ and ‘Live TV’ but you can add shortcuts to favoured streaming services to allow quick access, along with any particular AV input.

The tuner is Freeview Play, which means integrated catch-up TV services as well as a roll-back programme guide.

We think the GX800 comfortably outperforms its price tag when it comes to picture quality. Contrast is good for edge-lit LED, which is never going to give as good a black level performance as OLED like the Philips OLED754.

Fine detail and colour nuance are maximised by Panasonic’s HCX (cinema experience) image processor. Screen uniformity is surprisingly good for an edge-lit model, with no overt light pooling around the edges. However, off-axis viewing is limited, with significant loss of contrast and colour when viewed from the side.

We measured HDR peak brightness at around 500cd/m2 (aka nits) using a 10% HDR testing window. This is slightly above expectations, but only achievable using the Dynamic viewing preset. If you switch to Normal or Cinema modes, the GX800’s ability to deliver specular highlights is compromised, with peak brightness falling to around 400nits.

The GX800 may not be the brightest LED LCD star out there, but its images are supremely well judged. Panasonic enlisted the help of Hollywood colourist Stefan Sonnenfeld (last seen on Star Wars: The Rise of Skywalker) to fine tune performance, which probably accounts for its cinematic presentation..

When watching Dolby Vision content from Netflix or Blu-ray, we found Dolby Vision Bright to be the best preset option.

With 10W on tap, sound quality is good enough for episodes of Corrie, but you’ll want to upgrade to a soundbar if movies and games are your thing. The set is compatible with Dolby Atmos, and can bitstream out Netflix or Amazon Prime Dolby Atmos out to an external sound system.

The GX800 clearly demonstrates there’s no longer a need to compromise on features even when bargain hunting for a new Ultra HD TV.

By bundling both Dolby Vision and HDR10+, Panasonic has maximized the performance of its edge lit panel, delivering vibrant colour and fine detail.

If there is a shortcoming, it’s the limited number of HDMI inputs, but that’s hardly a deal breaker. The Panasonic My Home Screen is a simple, effective smart platform, and with Freeview Play on-board, you’re not going to be short of shows to binge. Highly recommended.