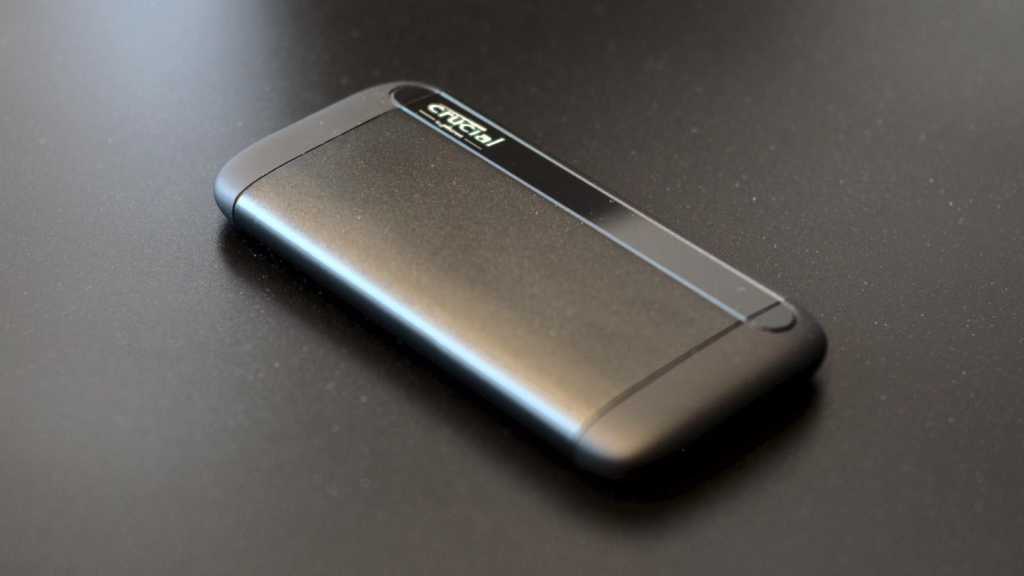 A very well constructed and designed portable SSD that with USB 3.2 Gen 2 connection can deliver impressive performance. It might lack hardware encryption and a carry case but represents an excellent choice for a general-purpose high-performance external drive.

External drives are usually significantly slower than internally mounted storage, unless your system is unfortunate enough to be still using a conventional hard drive and not an SSD. You can buy external SSDs, but they never perform as well outside the computer.

Most of these are based on older SATA drive technology, and their speed is bottlenecked by the bandwidth limitations of USB 3.0. To achieve greater performance requires more bandwidth, like that offered by USB 3.2 Gen 2 connectivity and repackaged NVMe SSD drive technology to exploit that throughput.

That’s exactly the thinking behind the Crucial X8, as it combines a higher connection speed and an internal SSD which can outperform SATA drive technology. With many brands adding a high-performance option to their external drive ranges, what makes the Crucial X8 worth considering?

Where many external SSDs tend to drop in price shortly after launch, the Crucial X8 1TB SSD costs about the same, or a few pennies more.

Quoted pricing makes the X8 generally cheaper than its direct competitors from Western Digital (as WD) and Samsung, and close to the cost of the SanDisk Extreme Pro devices.

While it is possible to get much cheaper external SSD drives, they generally use SATA drive technology internally, and therefore can’t compete with the X8 or other external drives that are built from NVMe tech.

Crucial doesn’t spend much on the packaging we’ve concluded, and the small box that the X8 isn’t anything you’d be desperate to keep after removing the drive. Much more impressive is the X8 itself, which embodies a solidity of construction we’d normally associate with expensive products that are designed to handle excessive physical abuse.

The X8 is a finely milled aluminium tube that’s capped off with plastic at each end and sports a glass or ceramic band that bears the Crucial by Micron branding on both top and bottom.

Our only reservation about this elegant but inherently tough lozenge shape is that the smooth surface could cause it to be unceremoniously launched from your a pocket with a sudden movement.

If we didn’t care about destroying technology needlessly, we would be tempted to test if X8 can withstand being driven over by a small vehicle and still function. It certainly looks like it might.

The only claim that Crucial makes for the robustness of the X8 are that it is rated to take a fall of 7.5ft or 2.28 metres on a carpeted floor. But we noted that the drive weights 101g, strongly suggesting that it contains more protective metal than most external drives, like the SanDisk Extreme Pro SSD.

Overall, the styling and robustness of the design deserve a thumbs-up. 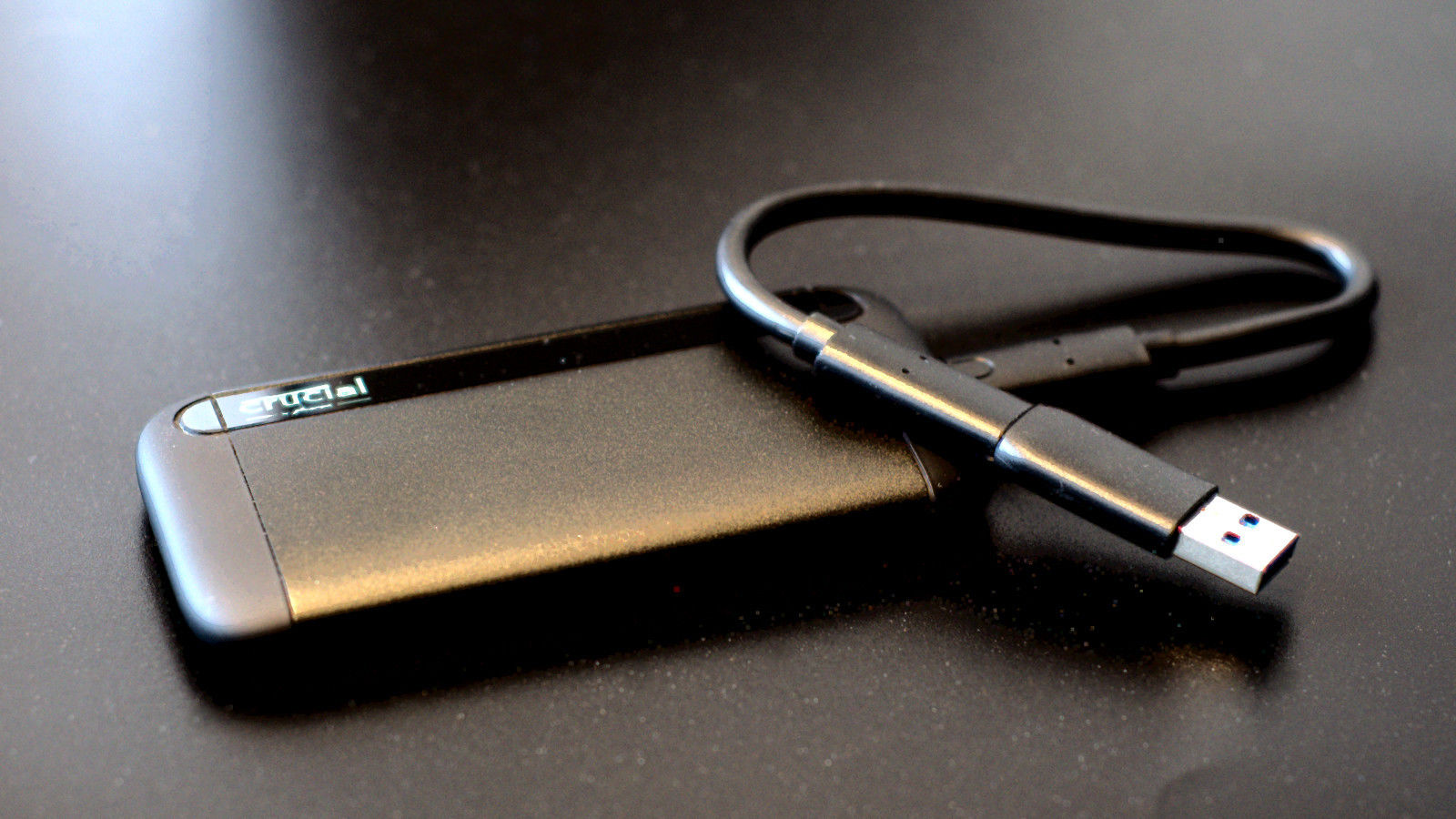 Where it could be better is in respect of the cable, as unlike other makers Crucial decided only to provide one, but support Type-A and Type-C users with an inline adapter.

The issue here isn’t that decision, but the length of the Type-C to Type-C portion that is just 22cm from the start of each blade. That might work well for laptops, but it would leave the X8 dangling from most desktop systems that mount their USB ports higher off the ground.

A longer cable isn’t expensive, but make sure you buy one that is rated for Gen 2 speeds if you decide to solve this issue with a quick purchase.

The X8 comes preformatted with exFAT layout, and the only thing stored on it is a webpage link to the Crucial support location for this product.

That they didn’t include the product manual or flyer on the drive is odd, and most drive makers include a utility to backup files to the external storage or reformat the drive into other layouts. The X8 comes with none of that.

On the Crucial website, you can download Crucial Storage Executive software. And this will update the firmware on Crucial storage products, including the X8. What it doesn’t provide is the ability to copy folders to the drive or enable the drive to be encrypted. 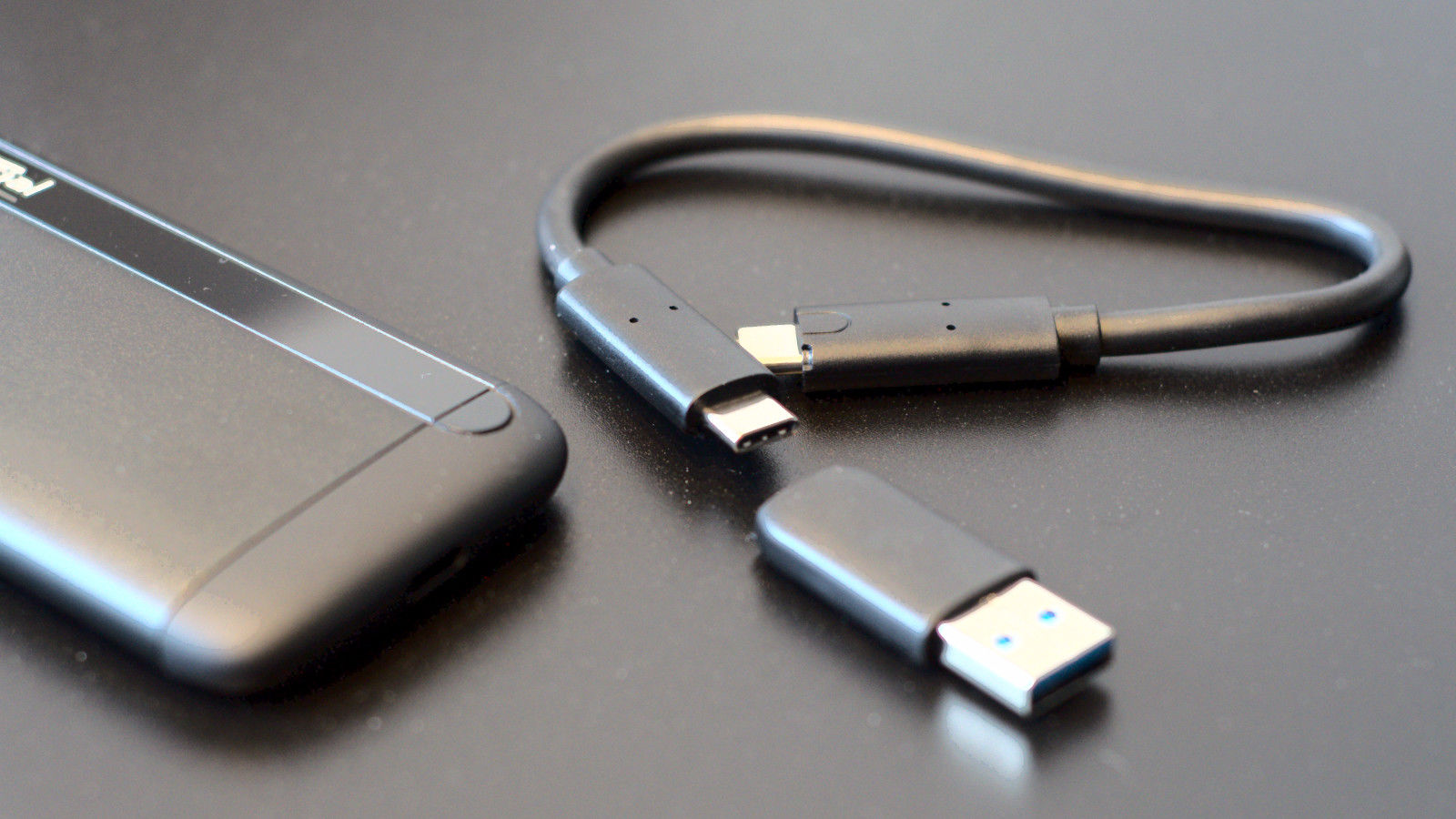 For those that need better security, it is an option to encrypt files stored on the X8 using either Bitlocker to Go or Apple FileVault, depending on your platform, as these solutions are inbuilt into Windows 10 and Mac OS (from 10.7) respectively.

These tools, and other similar software, aren’t equivalent to hardware encryption as they won’t stop a thief from stealing the drive and erasing whatever was stored on it.

Those that need that degree of protection should consider an alternative product like the Samsung T7 Touch with biometric encryption, or iStorage Datashur PRO2 drive with numeric key entry.

Drive makers are often tempted to publish performance levels for computing products that might be technically, or theoretically possible, but aren’t what most users will experience.

And, anyone buying the Crucial X8 and plugging it into an original USB 3.0 port will probably think the worst of this maker, since they won’t see the quoted 1050MB/s for either reading or writing.

That’s because the maximum bandwidth available to a USB 3.0 port (also referred to as USB 3.1 Gen 1) is just 5Gbps, or 640 MB/s, and with the overhead of packaging and error correction, you are likely to experience between 450MB/s and 500MB/s.

That’s not any faster than an externally mounted SATA SSD, and if you only have USB 3.0 handy, then the Crucial X8 won’t be any better than a cheaper drive based on that technology.

To experience this drive as full throttle, you need a USB 3.2 Gen 2 compliant port that has 10Gbps of bandwidth, or even a USB 3.2 Gen 2×2 port that has 20Gbps. If you have that specification port on your computer, then the claimed 1050MB/s is not only theoretically possible but practically too.

Using CrystalDiskMark 7.0, we experienced 1049MB/s reads and 981MB/s writing, making it the fastest external SSD we’ve tested so far that didn’t use Thunderbolt 3.

Synthetic benchmarks tend to be optimistic, but the X8 was almost as fast in a range of real-world scenario tests that we tried.

For those with a USB 3.2 Gen 2 port, the Crucial X8 is truly a no-brainer. It’s about the same price, or slightly cheaper than the WD My Passport SSD 1TB, but potentially more than twice as fast.

And, while it doesn’t come with any encryption software, it is compatible with Windows Bitlocker to Go and Apple FileVault, securing the contents for those that need that feature.

Performance is at the top of what we can realistically expect with USB, and we’re unlikely to see better until USB 4.0 or USB 3.2 Gen2x2 becomes more widely used.

It is possible to get even faster external drives with a Thunderbolt 3 technology, but that assumes you have this port widely available and you are willing to pay much more than the asking price of the X8.

Overall, the Crucial X8 is one of the best portable SSDs deals going, and perfect for those that want affordable capacity, flexibility and performance in a single solution.