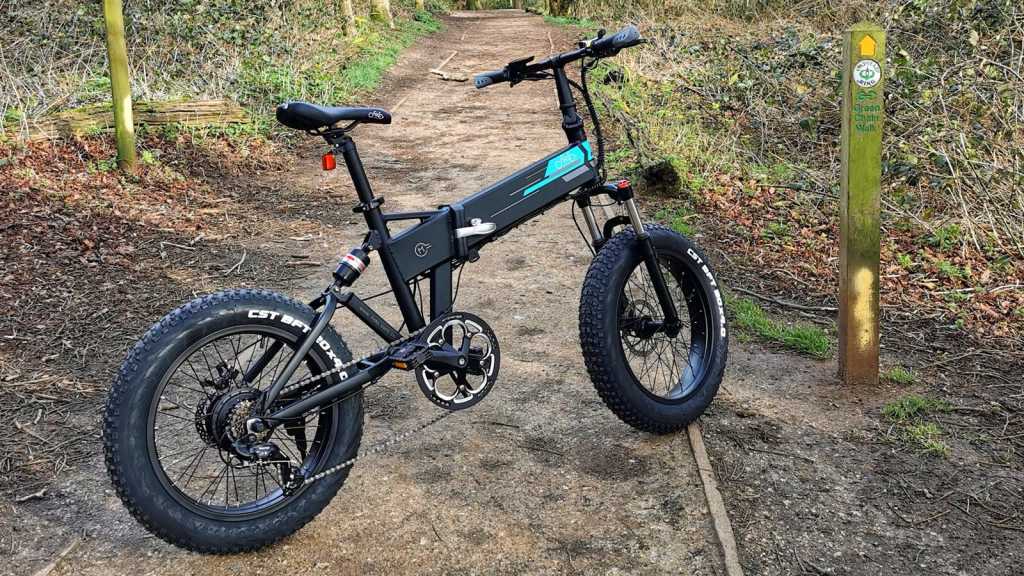 At this price, the Fiido M1 is a tempting electric bike for off-road use. It has enough power and is great fun to ride.

Fiido is based in Shenzhen, China and is a relatively new name in electric bikes. From its range of seven bikes, the M1 is the only full-suspension model aimed at off-road riding.

That should be obvious from the seriously wide four-inch tyres, though their thickness is accentuated because these are 20in wheels, not the 26- or 29in rims you typically find on mountain bikes.

So the M1 is an unusual beast. It’s a folding, electric bike with compact wheels that has proper off-road aspirations.

You can’t yet buy the M1 from Amazon, but it should be available soon alongside Fiido’s other bikes. 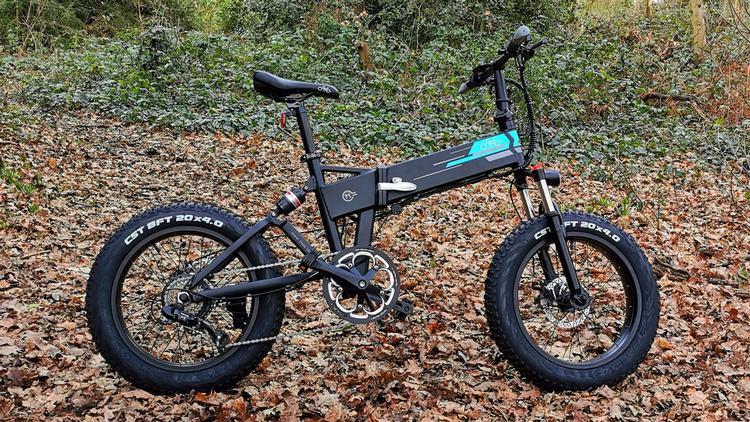 When top-quality electric mountain bikes can cost several thousand, the Fiido M1 is more of an entry-level model.

See alternatives in our roundup of the best electric bikes.

When folded, the M1 measures 960x790x450mm. So it is no Brompton. It isn’t trying to be a Brompton, to be fair to Fiido, and the mere fact that it folds makes it a lot easier to get it into your car, or on a train. The handlebars and pedals fold, too, and there’s a built-in stand beneath the crank which keeps the bike upright when folded. It’s a shame there’s no clip to keep the wheels together as seen on the Gocyle GX, but bungee cords aren’t exactly expensive. 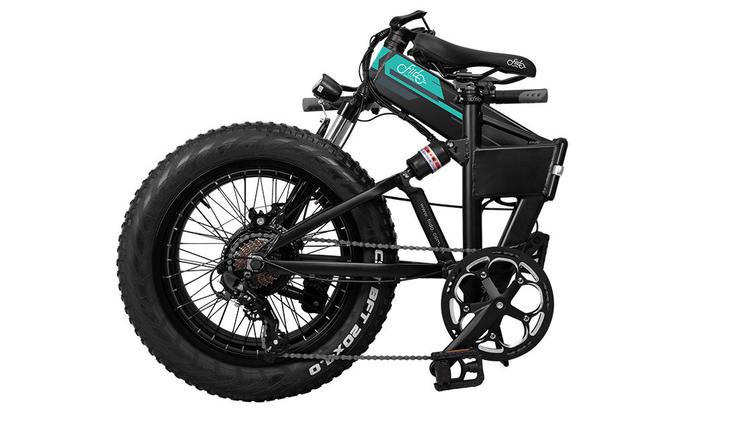 Folding it up doesn’t reduce its weight, of course, which is a not-insignificant 25kg. That’s 10kg heavier than some folding electric bikes.

Quite apart from lifting it into and out of your car, the weight also counts against the M1 on the hills where you’re not going to enjoy riding it one bit once the battery runs out.

More on that shortly, but the battery itself has a larger-than-average capacity of 12.5Ah. Compare that to the 8.8Ah battery supplied as standard with the Carrera Vengeance-E. Bigger batteries take longer to recharge, and from empty you’ll be waiting about 8-9 hours for the M1’s to reach 100%.

You can remove the battery when the bike is folded for charging separate to the bike. The key is required to remove it, as well as for turning on the ignition: the electronics will not power on unless you insert the key and turn it to the correct position.

Fiido claims a range of up to 100km which is almost certainly unobtainable, even in the perfect test conditions it specifies for this figure. A more realistic real-world range for road riding is around 40-60km / 30-40 miles, so long as you are pedalling the whole time. Expect around half of that for off road, which is much tougher. 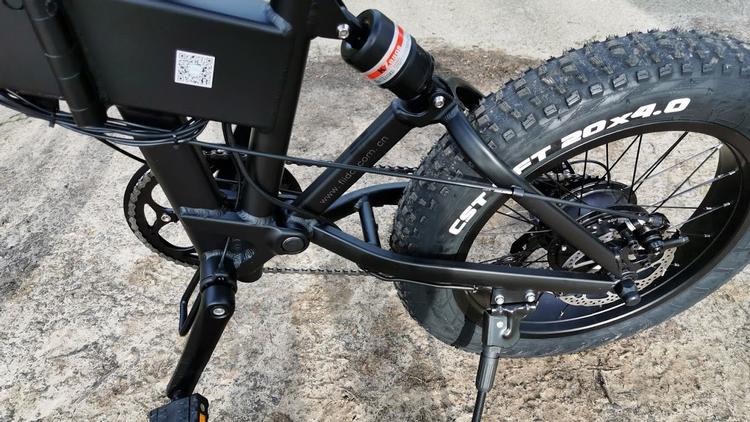 The motor is in the rear hub – a 250W brushless part from XiongDa – and there’s a 7-speed Shimano cassette and a 52-tooth chainring so you have range of gears for on- and off-road riding.

Fiido doesn’t specify much about the rest of the system, but one noticeable drawback is that it uses a cadence sensor rather than a torque sensor. This means power delivery is much jerkier and less natural.

Under EU law, the M1 is limited to 15.5mph / 25km/h but it can go up to 19mph / 31km/h when you de-restrict it for off-road use. We couldn’t find anything in the user manual, nor on Fiido’s website explaining how to do this. But when we asked, Fiido did explain the procedure.

Stopping power comes courtesy of mechanical disc brakes which work well and there’s a built-in front light and horn (built into the light) as seen on many other Chinese electric bikes – but only a rear reflector. 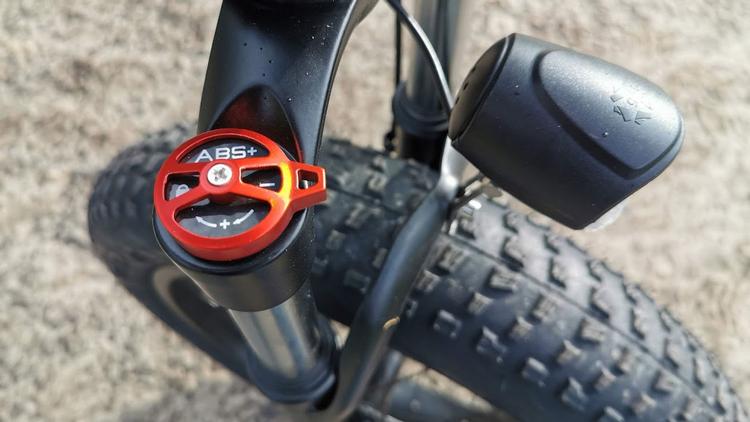 The front fork is unbranded and has 55mm of travel with adjustable rebound and a lockout function, while the rear shock is from Ke Zhen and has up to 35mm of travel. 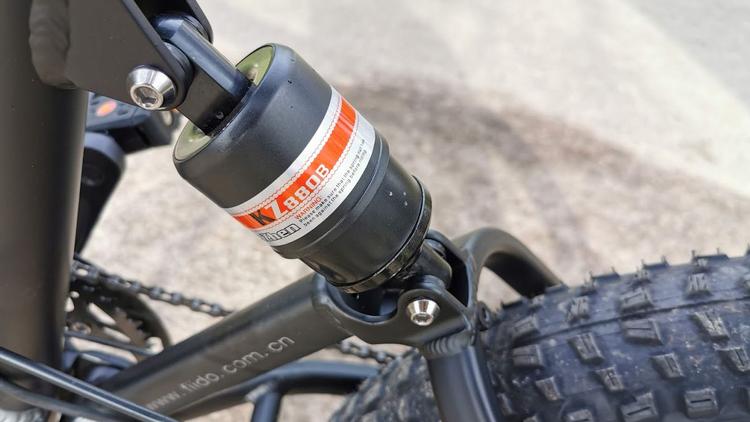 Unlike the ugly display found on some bikes (notably the Vengeance-E) it’s nice to see an LCD display on the M1. This shows your speed, power mode and battery level and has an odometer. There’s also a throttle on the right-hand side of the handlebars which isn’t allowed under EU law: a sticker warns you not to operate the bike above 9nm of torque but as there’s no way of knowing how much torque is being produced at any throttle position, it’s rather pointless. Or it’s simply incorrect and should read 9km/h. 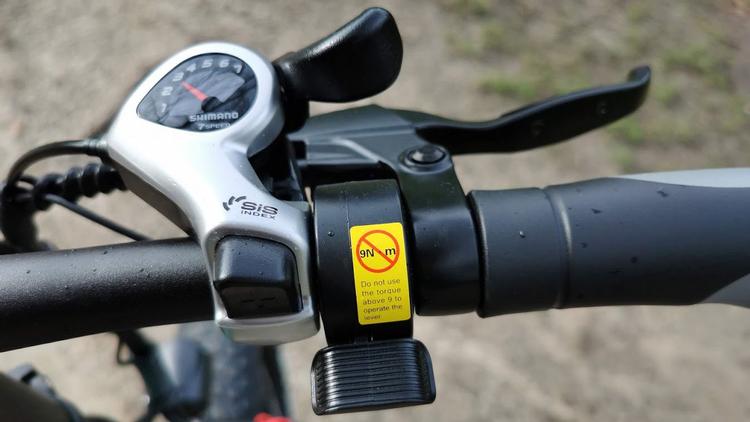 Whatever it means, the throttle will power the motor up to maximum speed without you pedalling at all.

Given the weight and fat tyres, the M1 is surprisingly sprightly. The motor offers a good amount of torque and easily propels you up hills. I say you, but what I really mean is me, and I weigh slightly less than the 70kg Fiido uses for the maximum range calculations.

If you’re closer to 120kg, it’s going to feel a lot slower. Testing on my usual long, steep hill, the M1 had no trouble getting to the top while maintaining a decent speed of 20km/h, which is the unit used on the bike’s speedo. It might be possible to change it, but again, there’s no mention of it in the extraordinarily short user manual. (It’s 12.5mph, to save you the conversion.) 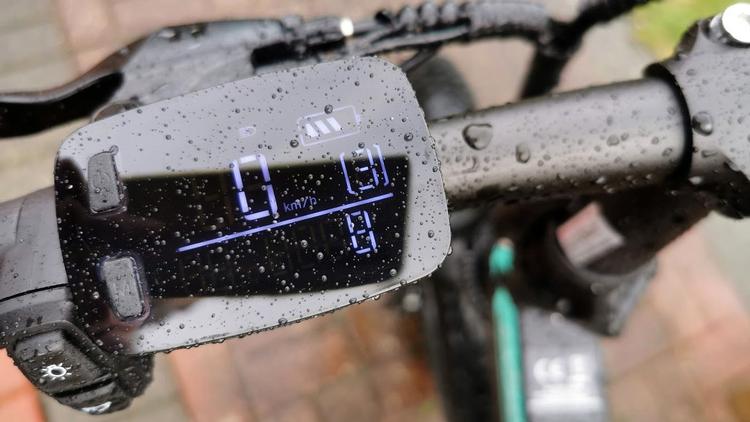 That’s on road, and in top gear you can pedal along at up to 18mph (30km/h) without the cadence becoming impossible on your legs.

Off-road, with the front fork set to its softest setting, the M1 is brilliant fun. The tyres offer loads of grip and the weight gives the bike stability on downhill sections. When going uphill, the motor makes climbs very easy, but it’s hard to control when going slowly over technical sections due to the weight. 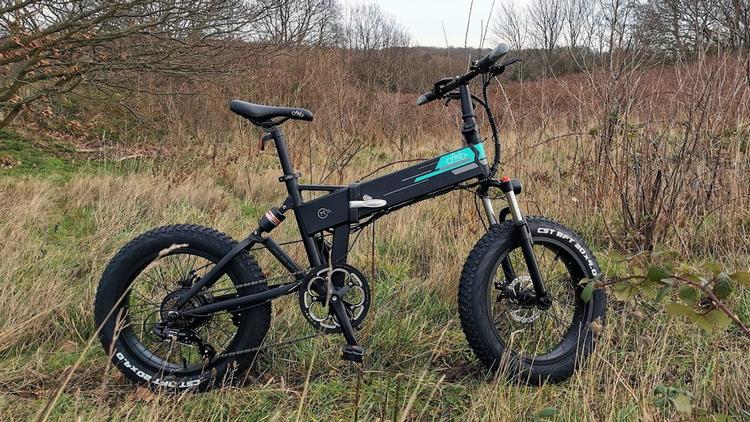 There’s no noticeable flex in the frame or handlebars, which is impressive, and the clonking noise coming from the front was not – it turned out – any play in the steerer tube but actually the battery bouncing about inside the frame. It’s not quite as tight as fit as it needs to be.

I didn’t think I’d like the M1 as much as I did. The extra weight over a lot of other electric bikes isn’t really a problem as the motor has enough power to cope with it.

It’s also supremely good fun to ride off road: not necessarily for actual mountain biking, but for woodland trails and any surface that isn’t tarmac. If you want a bike mainly for road riding, there are better choices.

The M1, then, is fine. The main concern is warranty. There is a one-year warranty but Fiido doesn’t yet have any repair centres in Europe. The company tells us that it is planning to set one up but if you did have any problems, you’d probably have to solve them yourself, or ship the bike back to China. Neither option is likely to appeal to many potential buyers.