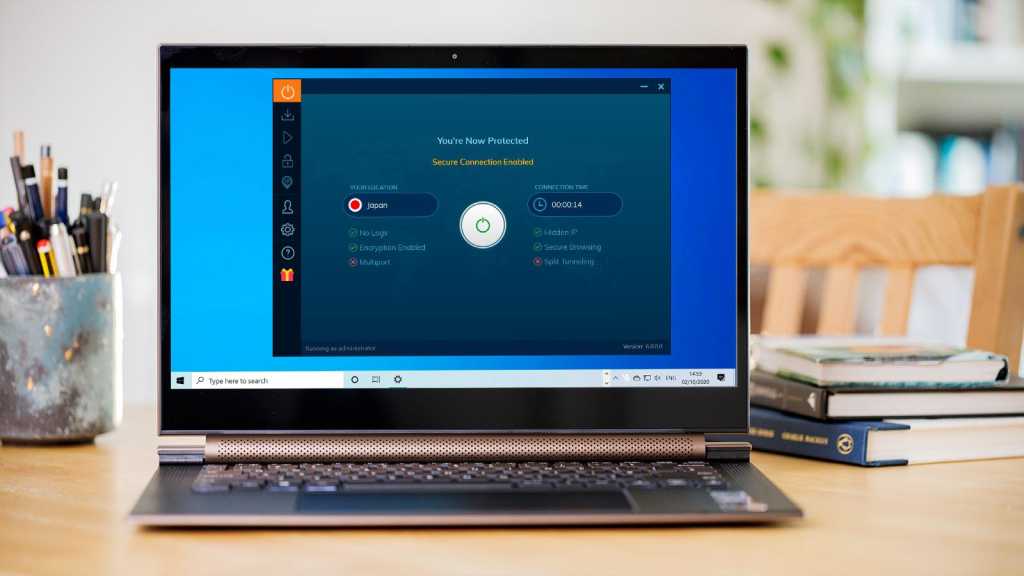 Ivacy is a very low-cost VPN that will unblock websites, let you stream video from outside of your region and download files. It’s fairly basic overall, but for the price – if you’re happy to subscribe for five years – it’s a great budget option.

Ivacy is a well-established VPN based in Singapore which has been running since 2007. In this review we scrutinise every aspect of the service to see how it shapes up against its competitors.

Most people will be drawn in by the low price: it’s about as cheap as you can get without being free. Its five-year subscription is cheaper than many rivals’ two-year plan. On top of that, you get 2TB of encrypted cloud storage from Internxt for free (for a year).

One of other main attractions is that Ivacy has apps for so many devices. You’ll probably find it in your smart TV’s app store, and you can install it on your Amazon Firestick and Android TV. As you’d expect, it also works on Windows, macOS, iOS and Android.

Features and settings are mostly replicated across the various apps, and given that Ivacy was one of the first (if not the first) to offer split-tunnelling it’s no surprise to see this on offer in the Windows and Android apps, though it’s missing from the iOS version.

This lets you decide which apps use the VPN and which are routed via your ISP as per normal (and therefore aren’t subject to any slowdown caused by the VPN connection).

Similarly, there’s a kill switch in the Windows and Android apps, but not in the iOS app. Note that there are no options with the kill switch: it’s either on or off. Only in the Windows app can you choose to have the connection “redial automatically” if it drops. On Android, you’ll simply lose your internet connection for any apps running via the VPN.

What’s missing from the apps is an option to automatically start a VPN session when connected to an unsecure Wi-Fi network, and set up a whitelist of trusted networks.

The list of ‘supported devices’ is long and include some which don’t natively support a VPN, which is a bit misleading. The links take you detailed setup guides, but making Ivacy work with the Apple TV, Roku and games consoles is a pain and involves sharing the internet connection from your PC or Mac, or using a router that supports VPN connections. That’s the same with all VPN services, of course.

The apps haven’t had much of an update, in terms of interface, for a couple of years now. That’s not to say they’re bad: they work fine. It’s unusual to see options for ‘Secure Download’, ‘Stream video’ and ‘Unblocking’ because most rivals have ditched the use cases and just work regardless of what you want to use the VPN for.

Again, this isn’t a bad thing. Using the Secure Download option, (‘secure’ because it claims to scan all downloads with its own virus and malware scanner at the server level) I had no issues downloading torrent files. Plus, it’s handy to have a list of streaming services because that automatically chooses the right server to unblock Netflix, Hulu, iPlayer or whichever streaming service you want to access.

Talking of servers, there are 64 countries listed in the apps, covering a large part of the world. Only four of these – UK, US, Australia and Canada – allow you to pick a specific city, though, and there are only 3-4 options in each country. Eight countries have a (v) to indicate they are virtual locations, which means the servers are not physically present in those countries, but give out IP addresses that make you appear to be located there.

Strangely, Ivacy’s server list claims there are 3500 servers in 100+ locations but if you tot up the numbers of servers in each region in the list, it comes to 766. I took the opportunity to check out the live chat support (which is on Ivacy’s website, not accessible from the apps) to ask about the disparity between the numbers and was told “We have multiple servers behind each server address.”

I was also directed to a different list in the support pages, and told that the addresses starting with vl are the virtual ones.

Previously, I asked about whether the servers were rented and who has access to them. I was told that the company “has rented out servers from data centers but without managed services. A dedicated in-house DevOps team manages server and security operations. Nothing is left to Datacenters or its employees. As a result, they do not have ANY access to config files or operating systems which are the only things hosted.”

Getting back to the apps, they don’t show any load or ping information about each server, so you’ll have to use the Smart Connect feature if you’re after the fastest possible server. You can mark countries (and cities) as favourites, though.

The Windows app froze a few times when accessing the server list, and it’s worth noting that the kill switch is disabled by default.

You can pick from OpenVPN, IKEv2 and the outdated L2TP encryption protocols, but although I’m told WireGuard is in the process of being supported, there’s no ETA on when it will be ready for use.

There are options for unblocking, streaming and secure downloads. The latter adds ‘secure’ because it claims to scan all downloads with its own virus and malware scanner at the server level, adding a layer of protection. We can’t verify how this works exactly: it may use a simple blacklist rather than active file scanning.

When you select the Streaming option, you’re presented with a list of services including Netflix, BBC iPlayer, Hulu, ITV and a host of others. Click on one of those and Ivacy will automatically connect to the most appropriate server and then offer to launch the app (or open a browser at the service’s homepage).

In testing, Ivacy was able to unblock US Netflix with no problems. It wouldn’t unblock Amazon Prime, though, regardless of whether I used the ‘Amazon Prime US’ location or  chose a US location manually.

The good news is that, unlike a lot of VPNs, Ivacy happily unblocked BBC iPlayer.

In general, performance was good. Speeds from the closest UK server almost matched my normal internet speed. And apart from a slow ping of 233ms, actual download speeds were impressive when connected to a server in Japan.

Unlike the last time I checked, when Smart Connect’s Automatic location picked a noticeably slower server in France, this time it more sensibly opted for a UK one which offered great speeds.

Obviously, as with all VPN services, those speeds will vary depending on your location, time of day, day of week and other factors.

If you’re into your VPN protocols, you’ll no doubt be slightly confused that OpenVPN appears to be missing. However, that’s because Ivacy chooses to give you UDP and TCP options – both are OpenVPN.

Ivacy’s  privacy policy is nice and clear and states in no uncertain terms that the company doesn’t log any sensitive information or anything that could tie online activities to a specific user. It requires your name and an email address on signup.

The only time potentially sensitive data is logged is if you’re using one of the company’s dedicated IP address, but most people won’t be because having one costs an extra $1.99 per month.

Unfortunately, you’ll have to take Ivacy’s word for it that it doesn’t log anything, since it has not been independently audited.

At the time of writing, Ivacy is offering a five-year deal for the ridiculously low price of just $1 per month (around 73p).

Since you can use the service on 10 devices at the same time, this makes it even better value.

You can pay via a variety of methods, including cryptocurrency. But if you use an anonymous method, the refund policy doesn’t apply. For one-month subscriptions there’s a 7-day refund period, but a 30-day period for longer subscriptions.

For alternatives check out our roundup of the best VPN services.

Ivacy isn’t best VPN service we’ve tested. But with the regular deals on offer, it can be exceptionally good value if you just want a VPN for unblocking content and for extra security when using public Wi-Fi.

Speeds are fine – not excellent, but far from the worst we’ve seen. If you just want something to unblock Netflix, iPlayer and other services (but not Amazon Prime), it’s very affordable, and there’s 24/7 support if you need it.