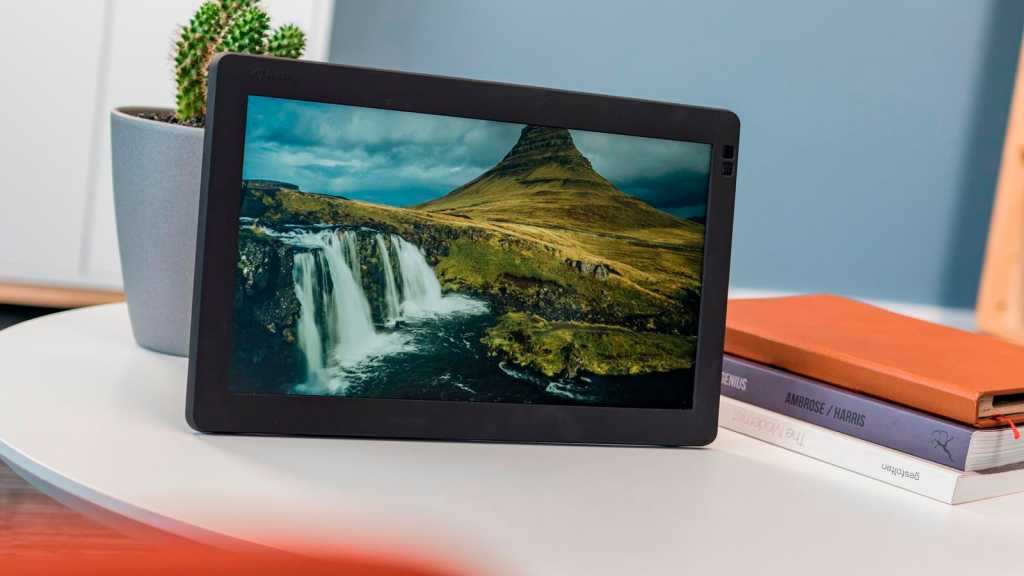 There’s no denying the Seed Wave is smart, with cloud storage, Spotify controls and even Alexa support if you’re in the US – and that’s what you pay for. Though trimmings aside, if you’re just interested in picture quality, you won’t be disappointed. Photos look vibrant and crisp on the 13in display, though you may need to turn the brightness up to full strength. You’ll just have to be willing to part with a couple hundred pounds.

The Nixplay Seed Wave offers a host of features and stunning picture quality that makes it desirable, but the integrated speaker and connected features adds a premium to the price that may startle some. We take a look to see if its worth it.

The Nixplay Seed Wave is available for £249.99/ US$259.99 directly from Nixplay. You can also pick it up from Amazon. The Seed Wave is only available in the 13in size.

The US model is also compatible with Amazon Alexa when paired with an Echo device.

Also see our dedicated round up of the best digital photo frames.

The first thing you might notice about the Seed Wave is, surprisingly, the back, which hosts the speakers in an attractive copper finish. You’ll also find the braided power input cable that doubles as a flexible yet durable stand. While this is an innovative feature, common to other Nixplay frames, it does mean you will need to find a way to hide the cable when you have the frame on display, as on its own it is unsightly.

There isn’t an internal battery either, so it will have to remain plugged in when in use – thought the benefit of this is you don’t have to worry about it suddenly turning off (unless you’ve set it to shut down automatically when it’s inactive for a certain period of time). The Seed Wave is on the chunkier side too, weighing nearly 1kg.

On the front of the frame, you get a simple black bezel around the matte-finished screen. The border is also matte, with a silicone finish. While the classic black look is simple enough to blend into most decor, it does make the device look more like a tablet than a photo frame, which is unfortunate – especially since Nixplay manufacture options with more imaginative borders. Mirroring the copper finish on the front would have been a nice touch.

The Seed Wave doesn’t offer additional SD storage, but you do get 10GB of cloud storage on top of the local 5GB storage on the device itself. You can also connect to social media and other online photo feeds, like Facebook, Instagram, Google Photos, Flicker, Dropbox and Verizon Cloud.

What’s unique about the frame is its Spotify support. While you can’t access Spotify directly on the device as a pre-loaded app, you can pair it with your phone to listen to audio via the frame’s speakers. This does leave us in want of more audio/visual functionality, like access to YouTube or other streaming services, but this might push the frame further into the tablet or smart display territory.

We found sound quality to be decent but not mind-blowing on the Seed Wave, with a slightly better output in the treble and middle range than in the bass. You might expect a more satisfying sound quality given the frame costs over £200, but it’s equally understandable for Nixplay to prioritize picture quality over audio.

In terms of photo controls, you can control the display either from the provided remote control, or via your phone from the Nixplay app (free on Android and iOS). In our experience, it’s much easier to just use the remote directly as the phone to frame response can lag.

Before you can actually add pictures to the frame, you’ll have to create a Nixplay account and register your frame’s serial number. There are a couple ways to add photos. You can either use the app or log on to your Nixplay account via a browser.

Though the app is a great way to control the settings of the frame and to invite others to share photos with you, it wasn’t the most intuitive to use. For example, to display photos on the frame, you need to a create a playlist, which confusingly, is separate from creating an album. As a cloud-based device, it also took a few moments for the frame to update when new pictures were added to the playlist via the app.

Otherwise, the app offers a fairly clean UI with setting controls you would otherwise access on the device. You can set a sleep schedule, motion sensor timings, transition types, brightness, volume and pair you Spotify account.

Now the most important part. The Seed Wave offers 1920×1080 Full HD resolution and handles both photos and videos. Colours appear vivid and images are sharp and well-defined. This of course, depends on the quality of the photos you upload to the device. I was surprised how nice my pictures looked on the frame, given they were all taken on a phone, the Huawei P20. Shots looked rich and bright with striking contrast.

We operated the frame at maximum brightness as this is what looked best for us.

There are also several different image transitions to choose from, though some can be slightly on the silly side (think: PowerPoint presentation animations). There’s also an auto-rotate feature, so you could prop the frame up in portrait mode – but we preferred the view in landscape to make the most of the widescreen display.

Undoubtedly, if it’s image quality you’re after, the Nixplay Seedwave does a fabulous job. You’ll just need to think about whether you’d want all the extras that come with it.

Photos on the Nixplay Seed Wave look incredible. Even though most of the images we added were taken on a phone, the results were still vibrant, rich and colourful. Professional photos or ones taken on an actual camera will no doubt look even punchier.

We would be excited to see improved aesthetics on the frame border, stronger bass on the speaker, and battery support in the future. These adjustments would better justify the Seed Wave’s £200/$200-plus price point. Simpler app navigability would be an added bonus.

Support for Spotify when paired to your phone is a nice touch too, though non-essential if you’re really just interested in a digital frame to show off your pictures. The Nixplay Seed Wave ultimately caters to anyone willing to splurge, but there are cheaper options to choose from too.