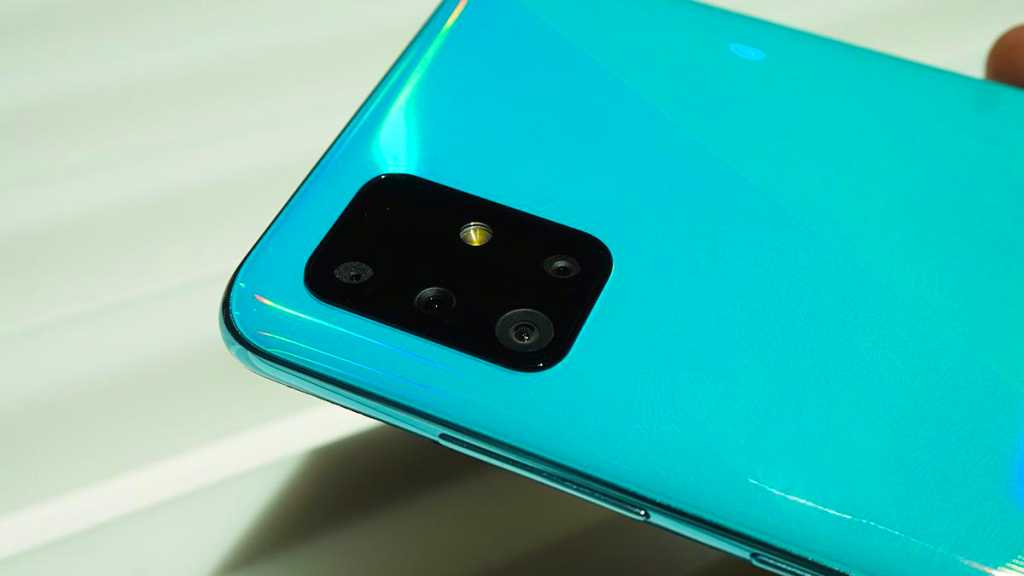 The A71’s appeal will depend heavily on price, but if it’s similar to the A70 then Samsung will be onto a winner. The core spec here is really solid, and the compromises – plastic back, HD display, no wireless charging or waterproofing – are all on points that are less important to most users. If you can ignore the appeal of the S-series branding on the S10 Lite, the A71 looks like the phone to beat in Samsung’s mid-tier offering.

It may be Samsung’s flagship S and Note phones that grab the headlines, but the company’s mid-range A-series has been getting better and better over the last few years as the Korean giant responds to growing competition from more affordable Chinese brands.

Even so, it was some surprise when the company launched not one but four mid-range phones at CES 2020: The affordable Galaxy A71 and A51, and the almost-flagship S10 Lite and Note 10 Lite.

The A71 arguably looks poised to give the biggest bang for buck out of the lot, packing the same display, battery, and storage as the S10 Lite and Note 10 Lite, with a camera setup that’s comparable – and arguably better – all for a likely lower price.

To caveat that: we don’t know how much the A71 will cost. We know it will be on sale in the UK from 7 February, but pricing is still unconfirmed.

That sort of price won’t compete with comparable offerings from Chinese brands like Xiaomi or Oppo, but would make the A71 a decent option for anyone keen to buy a Samsung without dropping a grand – though if that’s you, check out our ranking of the best Samsung Galaxy phones because there are plenty to choose from.

One of the first compromises you’ll hear about with the A-series is the use of a plastic back rather than glass, but don’t let that bother you. The finish may be plastic but it certainly doesn’t look cheap, and the extra durability of plastic is an added perk.

It helps that Samsung has opted for a range of colourful options – including white, black, pink, and blue – along with an angular, prismic finish that’s reminiscent of the panelled rear of last year’s A90 5G, but tilted to a 45-degree angle. Each section of the rear catches the light in a slightly different way for a really striking overall effect that you don’t get even in Samsung’s top-tier devices.

The trade-off is a very pronounced camera unit, with a quad-lens setup (more on that later) in a chunk rectangular cut-out at the corner of the phone. Big camera units are getting more and more common as lens counts go up, so it’s hardly unique, but I still don’t love the look.

The camera’s notable on the front of the phone too, with a move from the A70’s notch to a punchhole camera cut-out in the centre of the 6.7in AMOLED screen. The screen itself is beautiful, and other than being limited to HD (1080 x 2400) rather than 4K this really is comparable to the experience you’ll get from the company’s top phones.

At 7.9mm the A71 is impressively slim, and light too at 179g – another benefit of the plastic back. Despite that Samsung has still managed to fit in a headphone jack alongside the USB-C charging port, though there’s no waterproof rating.

The A71 delivers an impressive range of important features for what should be a lower price point. You get face unlock and an in-screen fingerprint sensor (though it uses an optical sensor, rather than Samsung’s fancier ultrasonic tech), along with the aforementioned headphone jack and a MicroSD slot for expandable storage.

You’ll want that, because the built-in storage is fixed at 128GB for the UK model – which is good, but not great if you want to take a lot of photos or video. It comes with 6GB of RAM and an octa-core Snapdragon 730 processor, which between them should deliver really solid performance for everything except the most demanding mobile games.

The battery also impresses. The 4,500mAh capacity is well above average and should comfortably last well over a day for most users, while 25W charging over USB-C is also faster than many rivals. There’s no wireless charging option sadly, but that would be a big ask for a mid-range phone like this.

Finally, let’s talk camera. The front-facing camera is the same 32Mp, f/2.2 selfie shooter you’ll find in all four of the new phones Samsung unveiled at CES 2020, and it should be a pretty capable little camera.

It’s the rear that’s more exciting though. Here you’ll find a quad camera setup, led by a 64Mp, f/1.8 lens – making this only the second Samsung phone to use such a high resolution sensor, and the first to release outside of India (the India-only A70s variant used the same lens).

Higher pixel counts don’t always count for a lot, but we saw good results from the 48Mp camera in the A90 5G, so we’re confident that Samsung knows how to tune this thing, and it should be capable of some crisp, detailed shots with a little bit of pixel-binning.

Surprisingly, it’s arguably a better lens than what you’ll find in the (probably pricier) S10 Lite, which has a lower pixel count at 48Mp, and a smaller aperture at f/2.0. It’s not quite that simple, as the S10 Lite is bolstered by optical image stabilisation (OIS), which will help with photo clarity and low light shots in particular.

The other three lenses are a 5Mp depth sensor for portrait shots, a 5Mp macro lens for close-up photography, and a 12Mp ultrawide, so it’s a really versatile setup. The only thing you’re really missing is a telephoto/zoom lens, but otherwise this will suit most circumstances and should take some solid shots.

The A71’s appeal will depend heavily on price, but if it’s similar to the A70 then Samsung will be onto a winner. The core spec here is really solid, and the compromises – plastic back, HD display, no wireless charging or waterproofing – are all on points that are less important to most users.

The phone’s strengths are especially clear when you stand it up against the S10 Lite, which is likely to cost a good chunk more. Both phones have the same display, storage, battery, and core features. The S10 Lite has slightly faster RAM and processor, plus OIS for the camera, but the A71 gets more megapixels, a snazzier design, and a headphone jack – likely for at least £100/$100 less.

If you can ignore the appeal of the S and Note series branding, the A71 looks like the phone to beat in Samsung’s mid-tier offering.