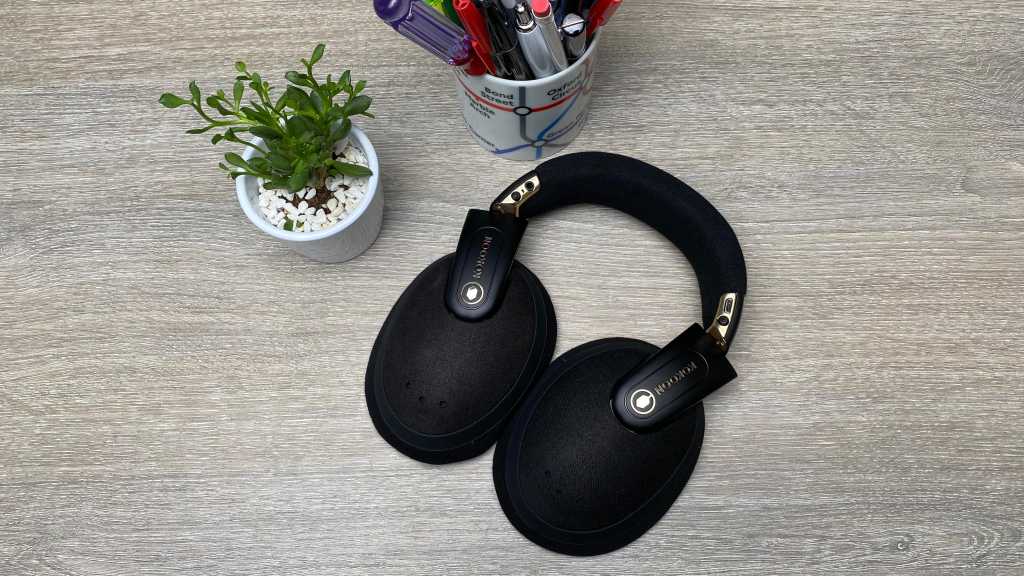 There’s a lot to love about the EEG-enabled Kokoon headphones – as long as you’re not a side-sleeper. The headphones feel weightless despite weighing 350g, and the over-ear earcups are amongst the best we’ve ever used. The accompanying Kokoon app is packed full of sleep aids, from rainy soundscapes to guided breathing exercises and more. It’s just not very comfortable when laying on your side, and we are yet to find a soft and deep enough pillow to alleviate that issue.

The Kokoon sleep tracking headphones were first revealed in the form of a crowdfunding project back in 2015 and proved popular amongst consumers, raising nearly US$2m (£1.5m) in pledges. In the years since the Kickstarter campaign, the Kokoon headphones have been further refined, and although there were a handful of delays, the Kokoon headphones finally became available to buy around the world in 2019.

After four years of refinement, are the Kokoon sleep tracking headphones worth the £315/$320 price tag? We’ve spent a lot of time with the headphones, and here’s what we think.

That may sound like a lot of money – and it is, don’t get us wrong – but it’s actually cheaper than other EEG-enabled sleep trackers like the Dreem 2 headband while also offering headphone functionality, improving the value for money overall.

But the question is, is it worth it? Carry on reading to find out.

The most comfortable headphones you’ll ever wear

The Kokoon headphones are noticeably low-profile and slimline, with a material finish in either black or grey to complete the high-end look the company is going for, although the plastic swivel joints and earcup arms let down the overall premium feel of the headset – and actually cause some pretty big issues that we’ll go into detail about later. But while the headset looks great, it’s the large earcups that really steal the show.

The earcups are noticeably larger than most other headphones on the market, extending way beyond your ears and resting on your skull. The exterior of the earcups are made from material, which is fairly standard, but you’ll also find an inner-cup made from soft-touch leather that is incredibly comfortable, negating any kind of pressure on or around your ears, and it’s cool-to-the-touch too. 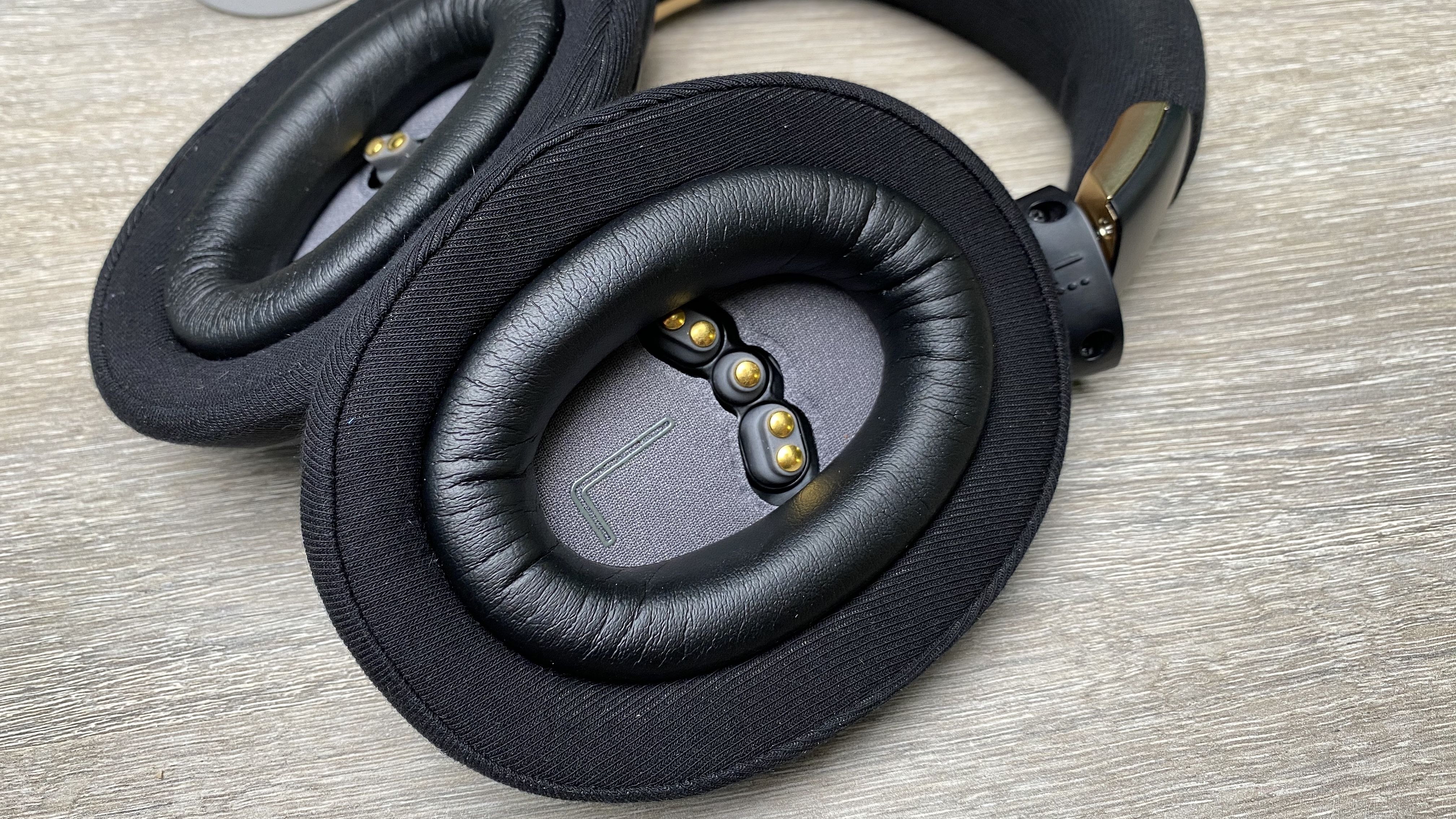 Inside the earcups you’ll see three sets of sensors, and although it might look like these might reach into your ears and tickle your brain like some kind of alien probe, you can’t actually feel them despite the fact they are making contact and taking an EEG reading when worn.

This is largely due to silicon moulds holding them into place, which begin to fold with the slightest bit of pressure, getting the sensors into place without making their presence known to the wearer. In a world where EEG-enabled sleep trackers come in all shapes and sizes, this is certainly one of the most convenient setups we’ve seen.

Although the headphones pack in a lot of sleep-tracking tech that brings the total weight up to 350g, Kokoon has performed design and manufacturing wizardry because you never notice the weight when worn. They’re also low profile, giving your head a rounded shape compared to other headphones on the market.

It’s not just the headphones you’ll get, either; those that invest are rewarded with a nice sleep-focused package comprised not only of the Kokoon headphones, but a Kokoon-branded eye-mask to block out distracting lights when snoozing, a 3.5mm headphone cable for wired use, a microUSB port for charging and a hard carry case with enough space to store the aforementioned cables.

They’ll track your sleep… if you manage to fall asleep

The main focus of the Kokoon headphones is sleep tracking – using a bunch of built-in sensors to detect motion and even take EEG readings, the headphones provide an insightful breakdown into your nightly sleep. If you manage to keep them on all night, that is!

It’s the Kokoon app that really enhances the overall experience, elevating them from comfortable headphones to a proper sleep-tracking headset complete with CBT-inspired sleep aids and more to improve your sleep. You see, it’s not just about tracking your sleep – it’s about actively improving it. 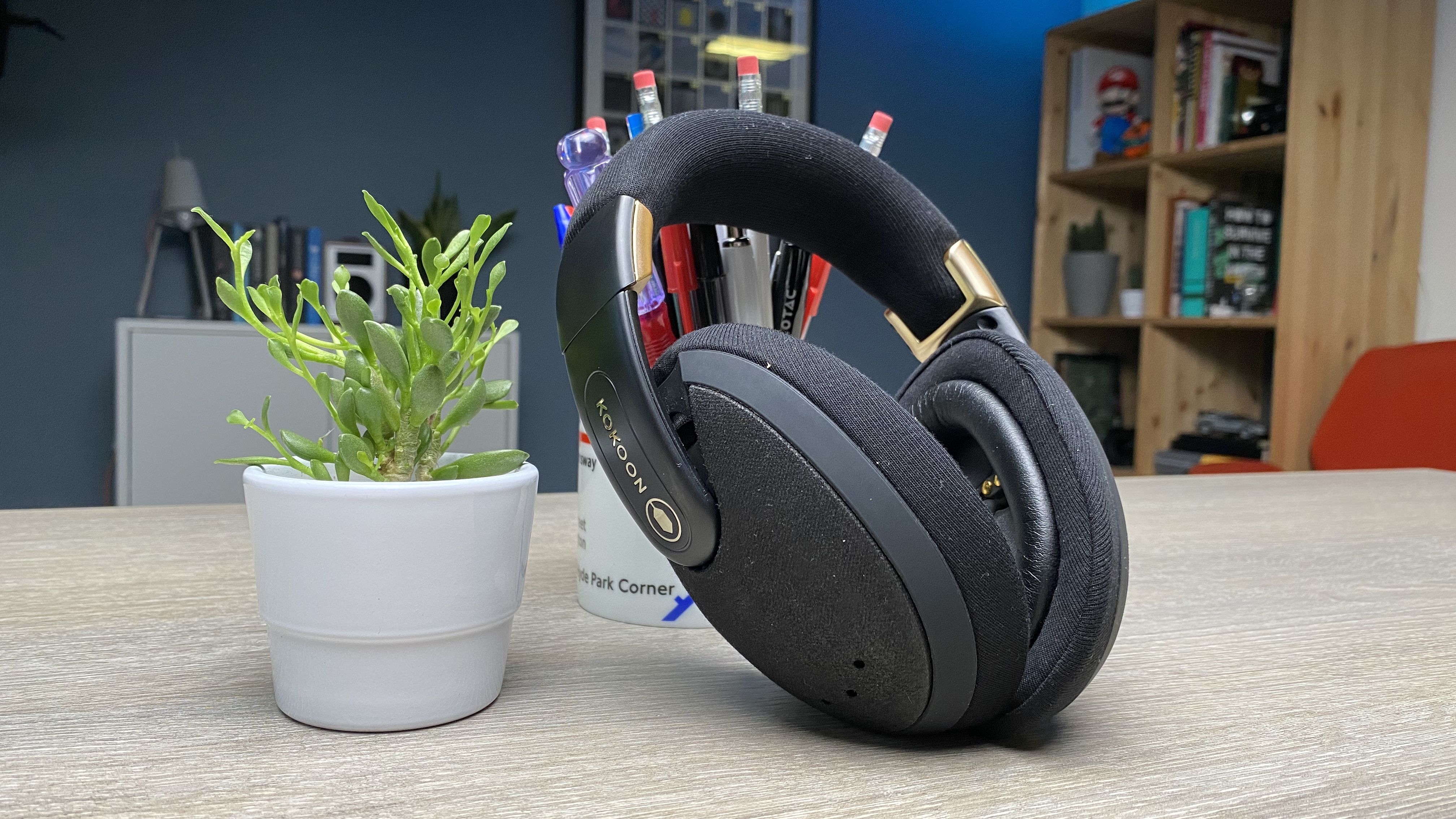 A huge part of that is the process of falling asleep, which many people find difficult. To help you drift away to the land of nod, you’ve got a whole library of soundscapes sounds to choose from, from rain pounding the window to the sound of waves crashing on the beach, and you can even layer two of them up to create a unique soundscape to help send you off to the land of nod. And it goes without saying that if you’ve got a separate app for white noise that you like, you can use that without having any effect on the sleep tracking capabilities.

Soundscapes are only one element of what’s on offer though; you’ll also find a bunch of along with guided relaxation, guided sleep and guided breathing exercises (which I found particularly helpful when wanting to have a quick break, even during the day) that can help you unwind and get into the right frame of mind to sleep.

And, for those that need a little more help to kickstart a healthy sleeping pattern, there are also more advanced multi-day programmes available that help by teaching you a variety of techniques to induce sleep over a number of days.

The issue, for me as a side-sleeper, is that I simply can’t get to sleep when wearing the Kokoon headphones. While the earcups are hands-down amongst the most comfortable we’ve experienced, the plastic swivel joints dig into the side of my head when pressure is applied. Kokoon recommends a deep, soft pillow for side-sleepers, but even with the softest pillow in the house, I couldn’t actually get to sleep.

I attempted this over a series of nights, all with varying levels of tiredness, and just couldn’t do it. Of course, everyone is different when it comes to sleep so you may not struggle as much as I did, especially if you prefer to sleep on your back or front, but it’s certainly a barrier for side-sleepers.

There is an argument for using the Kokoon headphones when laying in bed before going to sleep to get you into the right frame of mind using the various resources available on the Kokoon app, but we’re not so sure we’d pay out for a £314.99 pair of headphones with sleep tracking capabilities and then not use them to the fullest.

So, if you’re predominantly a side-sleeper, we’d advise being very cautious about picking up the Kokoon headphones unless you’ve literally got the deepest, softest pillow known to man –  and if you do, where’d you get it?!

Comfort aside, I must admit I’m not entirely convinced by the accuracy of the sleep tracking capabilities, despite not using it for a full night’s sleep.

It might sound odd, but bear with me; I’ve found that, on multiple occasions when I was simply listening to music while working, the headset would wrongly detect that I was attempting to sleep and would begin tracking – it even claimed I was, in fact, asleep for the majority of the time in each and every case when that certainly wasn’t true.

Even if there’s a simple motion-related reason behind the accidental activation, it doesn’t explain the ‘asleep’ readings, and you’re also left with multiple false entries in the app to scroll through with no way to actually delete them, making them less-than-ideal for everyday headphones.

The Kokoon headphones offer great sound quality suited to a wide range of music tastes, as you’d expect from a premium set of headphones. You’ll find decent levels of bass that don’t drown out the mids, clear vocals and crisp highs, though we must admit that it lacks brightness – especially when it comes to vocals and string instruments – when compared to similarly priced headphones.

The slight lack of clarity isn’t really a huge issue in our opinion; the headphones are designed primarily to help track and improve sleep, with the great sound quality bundled as a bonus. And, if you’re only using the headphones to listen to the suite of sounds provided via the Kokoon app, you’re not likely to have any complaints.

You’ll also find built-in Active Noise Cancellation, allowing you to block out environmental sound in noisy environments like trains and planes as well as blocking out any noise that could potentially disturb your sleep during the night.

The sleep tracking motion sensors are also used to detect if/when you’ve taken the headphones off at night, automatically pausing your music after five minutes and turning itself off after 15 in a bid to improve battery life, although you shouldn’t expect instant-pause functionality like that on offer from Apple’s AirPods.

Battery life, by the way, is pretty decent considering the amount of tech the headphones have to power, but it won’t be gunning for the title of ‘best headphones for battery life’ anytime soon.

The Kokoon headphones last around 11 hours with ANC enabled, which is long enough for most nightly sleeps, although it’s something you’ll find yourself topping up quite often if you use them both during the day and to track your sleep at night.

Charging is done via microUSB, and with a 500mAh battery, it doesn’t take very long to go from 0-100 percent – around 90 minutes in our experience.

There’s a lot to love about the Kokoon headphones, as long as you’re not a side-sleeper. The low-profile design is ideal for sleeping and commuting alike, and despite weighing 350g, they feel weightless when worn.

The earcups are huge, reaching beyond your ears and resting on your skull for extra comfort, and the soft inner earcups perfect the experience with a cool, soft touch. They sound great too, with a rich, balanced output, although it’s not quite as bright as other headphones we’ve used in the past.

The accompanying Kokoon app for iOS and Android is well built and easy to use, and offers a suite of soundscapes to use to fall asleep – some of which are even customisable. You’ll also find CBT-inspired breathing exercises and multi-day programs to help improve the quality of your sleep.

The issue, as mentioned, is that it’s just not comfortable for side-sleepers – the plastic swivel joints dig into the side of your head, causing enough discomfort to distract you from the main aim; getting to sleep. If you are a side-sleeper interested in sleep tracking gadgets, take a look at our selection of the best sleep trackers for inspiration.