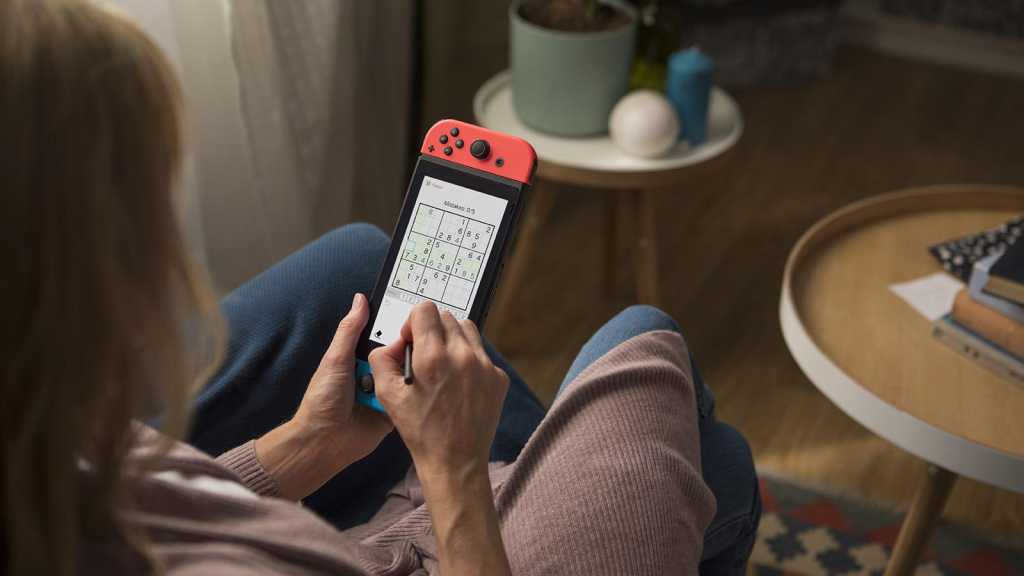 Dr Kawashima’s Brain Training for Nintendo Switch takes what the original DS games did so well and pushes it to the next level. With the integration of the Joy-Con, multiplayer games and challenging tasks, this is by far one of the most varied ways to keep your brain active through gaming. However, some of the features – like handwriting and motion sensing – don’t work as intended consistently. In addition, those who have a Switch Lite will, unfortunately, miss out on a lot of the content.

Similar to Ring Fit Adventure – the spiritual successor to the Wii Fit – it’s taken a while for a Brain Training game to come to Nintendo’s current flagship console, after three titles on the Nintendo DS. However, there have been some serious upgrades to allow it to integrate with all the features that make the Switch unique.

Dr Kawashima’s Brain Training for Nintendo Switch is out now in the UK across a number of different retailers. Unfortunately, there’s no word yet on a US release date, but we’ll be keeping our eyes peeled.

You can buy the physical copy from Nintendo and Amazon for £29.99 – which comes with a stylus. Nintendo also sells the digital download for £24.29, though that does come without the stylus. You don’t necessarily need the stylus, but it certainly makes certain games easier than if you just use your finger.

If you’d like to see what other games are out there that we recommend for the Switch, then take a look at our list of the best Nintendo Switch games, as well as the best deals on the Switch right now.

Brain Training comprises of a series of mini-games and puzzles that are designed to improve your mental prowess across a number of different areas, with exercises to test your skills in mathematics, memory, reactions, awareness and more. You’re able to use the Switch in various modes – including using the Joy-Con for motion controls and using the stylus to write down words and numbers.

Whilst some games are designed to keep you binging for hours on end, Dr Kawashima’s Brain Training is quite the opposite. After you’ve completed four tasks, the game will suggest that you end your session there. You don’t have to listen of course, but Brain Training is designed to become a daily activity to help you improve, so small sessions are better to ensure that you don’t get burnt out. 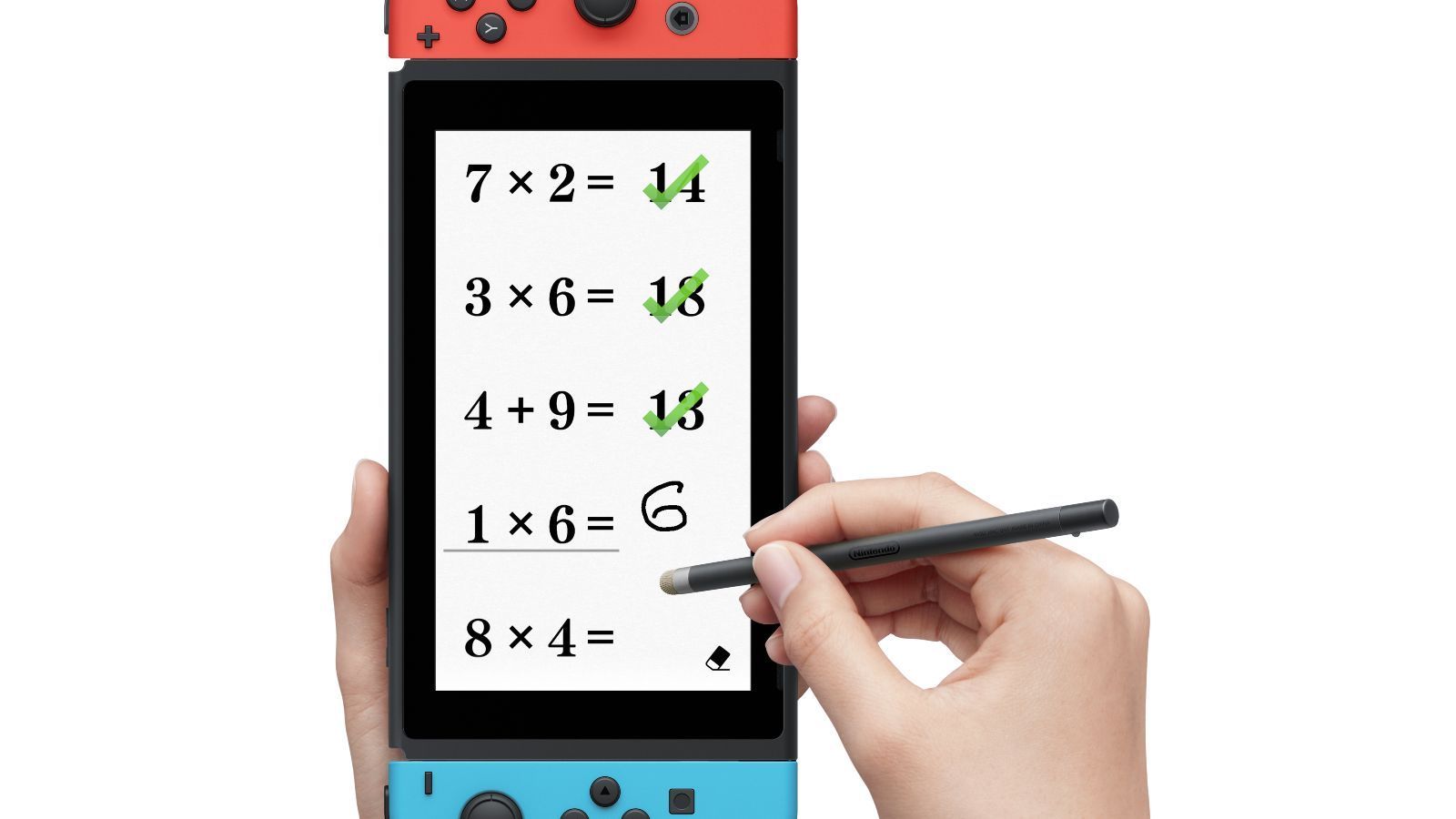 There’s an option to set calendar reminders to do your brain training, and you stamp each day with each task that you successfully complete. There’s also a graph which shows your progression over time, and how you’ve performed each day, so you can keep track of how well (or poorly) you’re doing.

On most games, you’re scored based on the amount of time taken and penalised with any mistakes. Your time record will also include a speed bracket with a nice little animation, and a list of your previous scores to compare and contrast. You can choose between two modes – Quick Play and Daily Training. The former is geared towards getting your fingers moving and playing with family/friends, whilst the latter is the classic training mode for single-player use.

It wouldn’t be a Brain Training game without the infamous mascot, Dr Kawashima. This little talking head welcomes you to the game (with a little comment on the weather and time, if your Switch is synched up), and explains every exercise with handy little diagrams to set you up. Once you’ve completed a task, he’ll explain how that particular game exercises your brain and gives a quick analysis of your results.

As you complete exercises, you’ll gradually unlock more modes to play. Unlockable games include Masterpiece Recital – where you follow notes on a keyboard and play a piece of music, Read Aloud – where you read an old, complex newspaper article to test your diction speed and Photographic Memory – where you try to remember an image that was previously on the screen.

Most of the Joy-Con-less single-player games require the player to use the Switch vertically, a callback to previous Brain Training games where players would hold the DS like a book. Games utilised in this mode include Dual Task, Sudoku, Highest Number and more.

The infamous Brain Age Check is back, which comprises of three tests that are chosen at random to give you an age of how alert your brain is (the younger, the better). These are designed to test your self-control, processing speed and short-term memory. I particularly struggled with the latter, which unfortunately pulled my score down by quite a bit. However, the game is good at encouraging you not to give up if you get a bad score, with some positive affirmations from the in-house mascot.

Your dominant hand determines which Joy-Con to use. You hold this in one hand, with the motion sensor capturing the movements of your other hand. I personally didn’t find this to work as expected all the time. The game does warn that bright light will affect this, but I also found that the sensor would be confused by other objects, and sometimes would still not work without me knowing why.

This meant that I underperformed on certain games, as the sensor took longer to recognise what shape I was making with my hands. That’s quite an annoying feature – especially when you’re undertaking your Brain Age Check. Once you get the right conditions it works reasonably well, but it takes some exploration.

I also found that these types of games that are designed to improve hand to eye coordination – Finger Drills, Finger Calculations and Rock, Paper, Scissors – could be cheated by just wiggling my fingers in various positions very quickly. It’s hard to know if there’s a solution for this.

I encountered a few problems in getting the device to recognise my handwriting in the games that required this. The number ‘5’ was tricky (though the game does offer an assist that can be turned on in the settings), as was the letter ‘H’. However, with patches, I’m sure that the game will improve its accuracy as more users try out these types of games.

If you’re looking to just pick up the game for fun, then the Quick Play mode has less intense games to enjoy – included various two-player modes. This is a great feature, allowing you to face off against someone else in memory tests, coordination tests and more.

Interactive online features can also keep you – or your friends and family – up to date with how your training is going. The game can set up automatic email alerts that will send your results to a chosen address. If you’re looking to be held accountable and take your training seriously, then this is a neat feature. 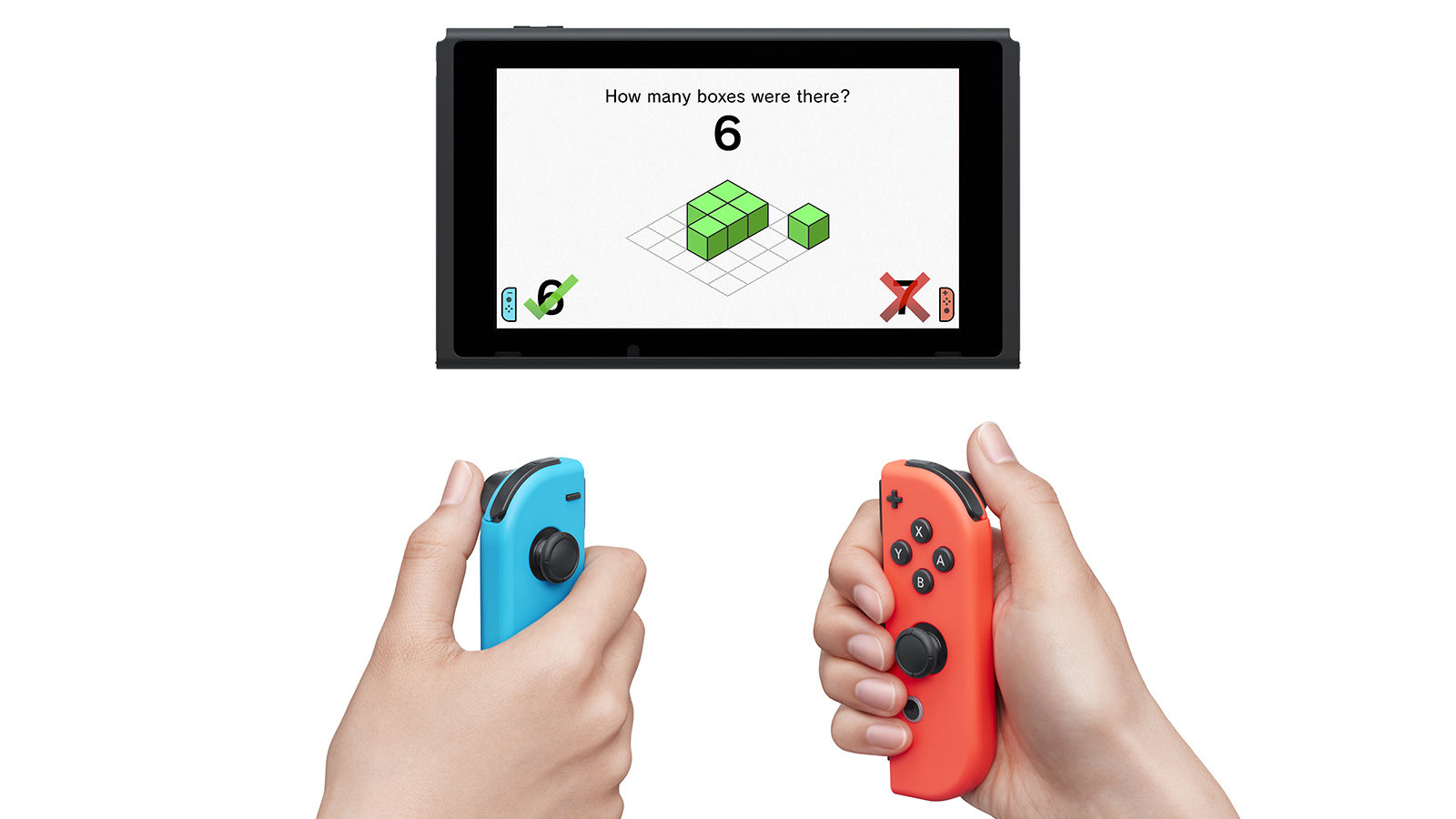 Nintendo has also teased regular World Brain Training Championships. We don’t know a lot about what they’ll entail just yet, but we imagine it will include ranking your personal best scores against those from around the world, allowing for a new way to be competitive with this game.

Though this game makes great use of the Joy-Con features, this is a bit of a Catch-22. If you’ve got a Switch Lite (and no separate Joy-Cons), then I personally wouldn’t recommend this game. Almost half of the exercises won’t be playable, so your experience is much more limited.

No future versions of the game have yet been confirmed, but fingers crossed that Nintendo will consider releasing a version specifically for the Switch Lite with alternative games that can be played without a Joy-Con.

When it comes to a variety of exercises and games, Dr Kawashima’s Brain Training for Nintendo Switch is a unique and fun way to keep your mind active. You can integrate it into your daily life, whilst not having to repeat all the same exercises over and over. Nonetheless, the Joy-Con reliability is a double-edged sword; providing fun games, but also excluding Switch Lite players.

The multiplayer mode also allows this to become less of an intense game, bringing some light-hearted fun to enjoy with friends and family, whilst also improving your skills for future exercises. The handwriting and motion sensors aren’t quite up to scratch, but this could potentially be improved with future patches.

The tracking features allow you to see your progress and motivate you to continue to improve and unlock new exercises. There isn’t a lot out there at the moment that can rival this title, so if you’re looking for a game for self-improvement and training your brain on a regular basis, this is still a great choice.