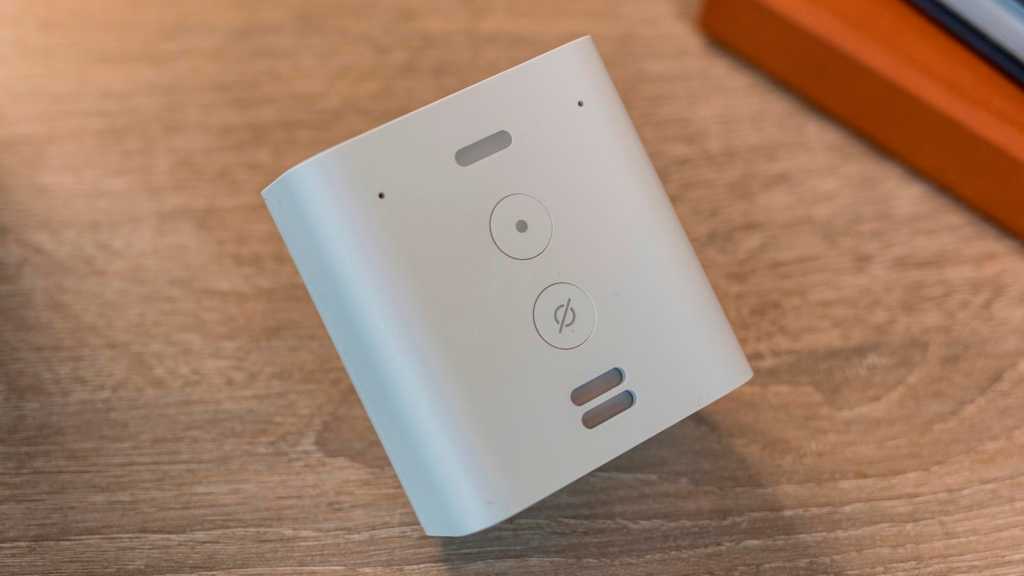 For the price, the Echo Flex is a great little device for all your Alexa needs, except music. The night light and motion sensor add-ons make it surprisingly versatile, too.

The Flex was among many new Echo devices that Amazon launched in September 2019. It’s now the entry-level Alexa device, costing just £24.99 / $24.99 and it’s quite brilliant.

Intended for use where you just need to bark a command at Alexa to turn on the lights or get a weather update, it plugs directly into a mains socket and offers a basic mobile phone-style speaker for audio. No wires, no fuss.

This makes it ideal for garages, halls or landings where you might want to control smart lights, locks, switches or plugs.

And thanks to a few nifty add-on accessories, it’s more versatile than you might expect.

You can buy an Echo Flex from Amazon for £24.99 / $24.99, though Amazon has offered discounts from time to time, and at the time of updating this review, it was a bargain $17.49 in the US. Plus, several bundle deals include the Flex and an accessory for little more than the regular price.

That makes it a lot more affordable than an Echo Dot, but the Dot is also often on sale so it’s worth waiting for a deal if you’d prefer a speaker that’s good enough for music playback.

You can also check out our guide to the whole Amazon Echo range.

Amazon spotted companies making wall mounts for Echo Dots, and some of these even let you pop your Dot into a holder that attached to the mains adapter. And so it thought it may as well solve the problem with a new model, and thus the Flex was born.

At 67 x 72mm it’s small enough to plug into a double wall socket (the UK type, at least) without blocking the neighbouring socket. The same isn’t true if you have an extension with multiple sockets as they tend to be closer together, but in any case, this is a very small device.

It only comes in an off-white colour, but this is undoubtedly a better choice than black, which would be far more conspicuous. 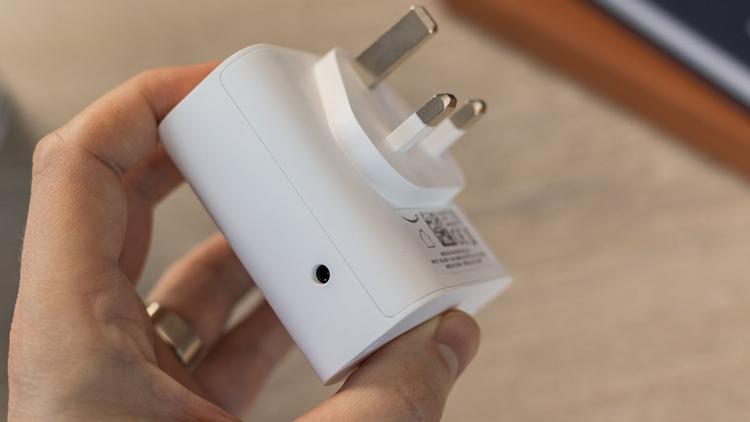 A small LED lights up blue to let you know Alexa is listening, and there are two buttons: the multi-purpose select button, and a mic-mute button. There are no volume buttons.

On the side is a 3.5mm audio output so you can connect a speaker for better sound, but in some ways this seems a little unnecessary for most people. However, it’s a bonus nonetheless.

Underneath is a USB port which you could use to charge your phone (though not fast charge it) but its real purpose is to allow you to attach accessories. 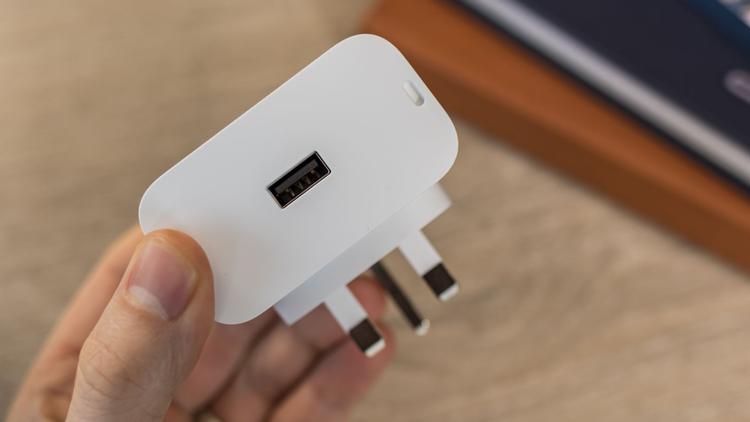 At launch there were two: a motion sensor and a night light. These are made by a third party (Third Reality) for Amazon so are as close to official accessories as you can get. The night light is exactly what it sounds like and you can change the colour of the LEDs and set it to turn on automatically at night and off during the day.

There’s now a clock display which costs the same as the other two at £14.99 / $14.99 – a bit on the pricey side. They’re more than half the price of the Flex itself, but the motion sensor in particular could be the killer feature that will make it worth the money for you.

The clock – just like the one of the Echo Dot with Clock – shows the time and can also display the time remaining on one timer (but not a second or third concurrent timer). Brightness adjusts automatically, but you can control it manually too. It will also flip automatically so it reads correctly if you have to plug your Flex into a socket that’s upside down. 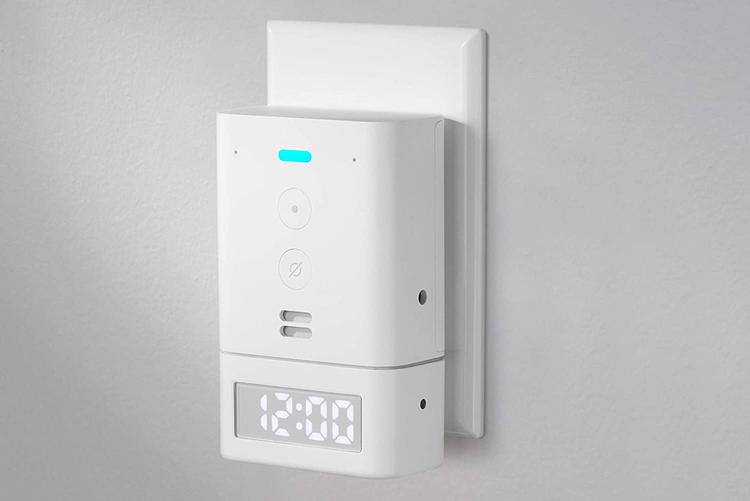 The accessories are detected automatically and – with the exception of the clock – can be configured in the Alexa app.

You can create a routine for the motion sensor, for example. Commonly you’d set it to turn on lights when motion is detected, but you can equally get Alexa to read your Flash Briefing or just about anything else she is capable of. 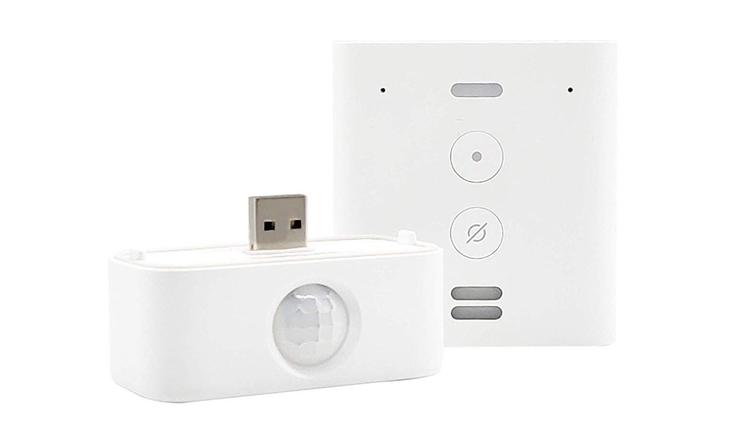 Unfortunately, there is no USB passthrough so you can attach only one accessory at a time. It might sound sound obvious, but you can only have one motion sensor unless you buy multiple Flex units. Still, it’s a handy feature of the Flex.

The main problem most people will have is the location of their mains sockets, which tend to be near ground level. That’s fine for the motion sensor, but it means the speaker is further away and it might be hard to see the clock display.

Another niggle is that the Flex has no mains passthrough: Amazon could have built in smart plug functionality that you could have used to turn Alexa-compatible gadgets on and off. As it is, you’d have to buy the Amazon Smart Plug (or one of its rivals) separately.

The two farfield mics can pick up your voice even when there’s noise, and the speaker is loud enough to hear Alexa most of the time.

And in terms of quality, the speaker is fine for making or receiving calls, for making broadcast announcements and listening to talk radio or podcasts.

These are just some of the things you can do with Alexa. But the Flex is just as capable as any other Echo speaker as far as Alexa is concerned. She will turn on your lights, turn off the fan, set timers, convert units, tell you what a ristretto is, add items to your shopping list, when the local supermarket shuts and a whole lot more. We’ve written a guide explaining how to enable Alexa skills.

The Flex is a great addition to the Echo range, and is ideal if you have lights and plugs you can control with Alexa in places where even an Echo Dot might be an over the top expense.

The accessories can make it even more useful, but it’s a shame that it isn’t a smart plug itself.