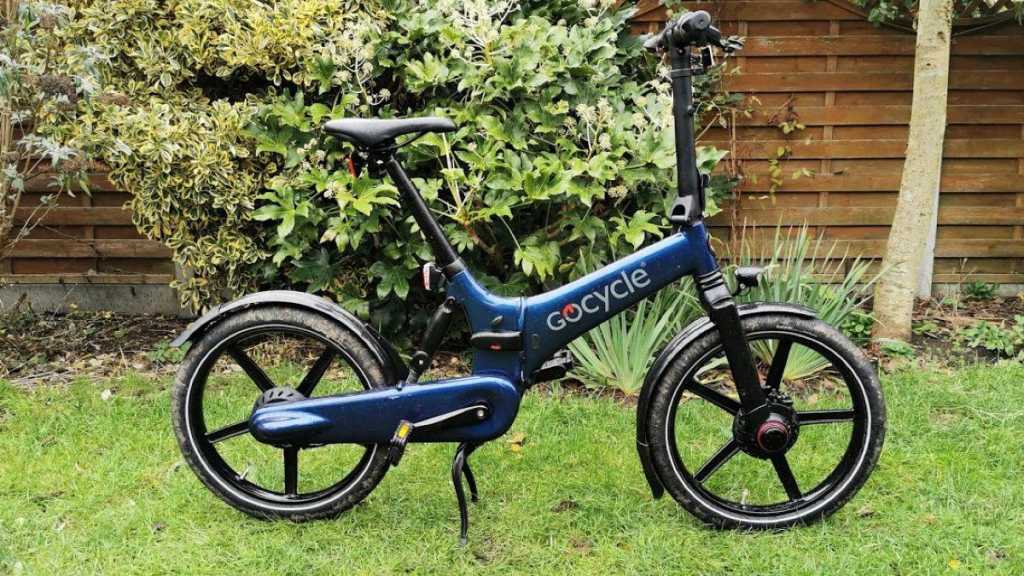 The Gocycle is a fantastic electric bike, especially if you need something that folds.

Gocycle may not have the heritage of Brampton, but if you’re after an electric bike that folds, the GX is a better choice.

Gocycle has been around longer than most dedicated electric bike companies. Indeed, the basic design, by former McLaren designer Richard Thorpe, has existed for around a decade, but in the GX it has been refined to what amounts to one of the best folding electric bikes around.

You’d expect a top-notch electric bike at this price: the GX costs £2899, and that’s before you’ve specified mudguards, lights or a front pannier.

You can buy a Gocycle GX from Fully Charged, Cycle Republic and other bike retailers.

In the US, buy the GX from Gocycle.

For alternatives, see our roundup of the best electric bikes.

Eschewing conventional bike design, the GX looks futuristic with its wheels that attach on one side only and a completely enclosed chain and drive system – Gocycle calls this CleanDrive.

Both of these are also practical: you can change a tyre or inner tube without removing the wheel and the chain is protected from the elements, can’t leave oily marks on your trousers and doesn’t need any maintenance.

Some electric bikes don’t have any gears, but as the GX’s motor doesn’t kick in immediately, it’s a good job Gocycle use Shimano’s Nexus 3-speed hub gears as this makes it much easier to get going than a single-speed setup. 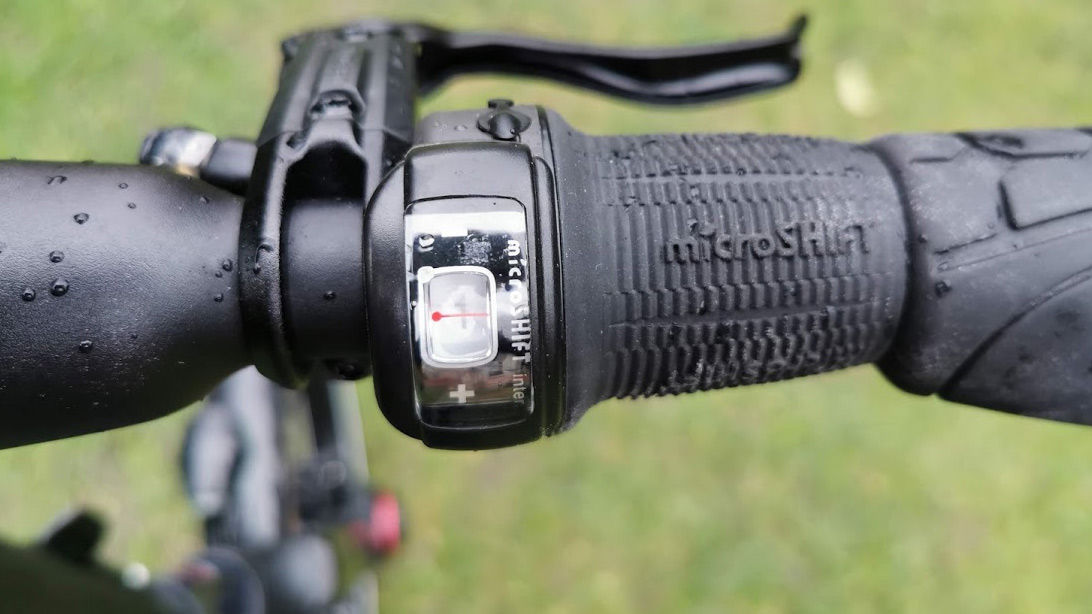 The hydraulic disc brakes are really powerful and have a great feel, stopping you very quickly when needed.

Weight is kept down thanks to the use of magnesium for the wheels and chain cover, with the rest of the frame being made from aluminum. It’s not super-light – but at 18kg it’s not bad for an electric bike.

A small rear shock offers one inch of travel and combined with the all-weather tyres, it does a fine job of soaking up the bumps: riding over cobbles isn’t an unpleasant experience on the GX.

Plus, the wheels are 20in rather than the 16in rims you find on many folding bikes, which adds to the comfort level. 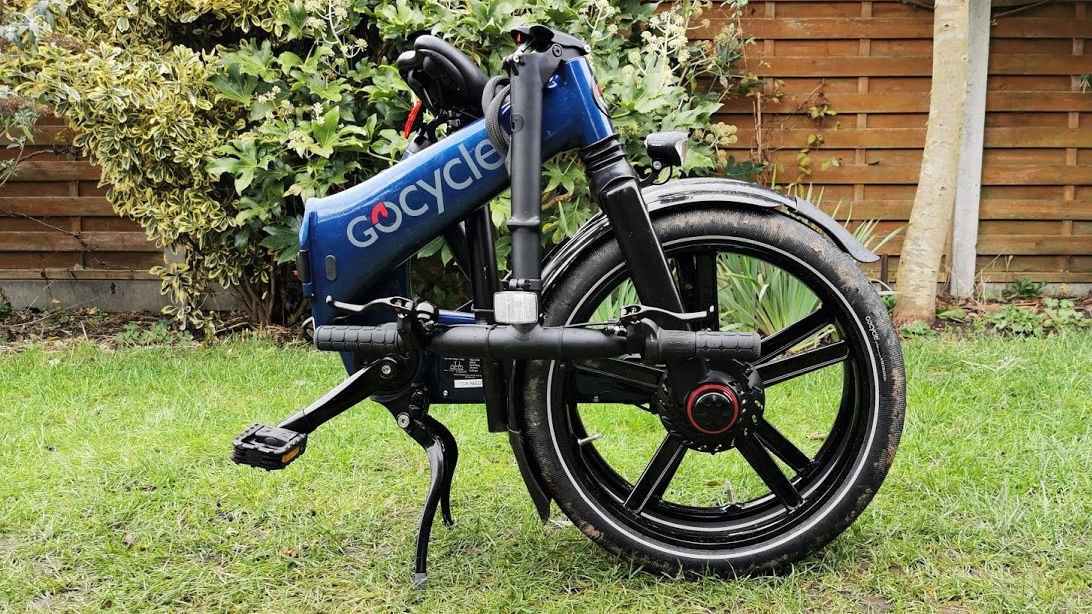 To fold the GX, you simply unclip the frame clamp and fold the bike in half. A similar clamp allows the handlebars to fold as well. A bungee cord keeps the two halves of the bike together, and a thumbscrew releases the saddle which can be fed through the bungee and secured in place in the seat tube using a nifty plastic retainer which also holds the rear reflector.

Even niftier is the two-prong stand which almost magically unfolds from underneath the crank and holds the bike steady, even on a moving train.

In this state the GX measures 830 x 390 x 750mm. That’s small enough for not seriously annoying fellow commuters on a busy train, and it should also fit comfortably into the boot of most hatchbacks. Plus, it’ll take up less space in your garage or home. 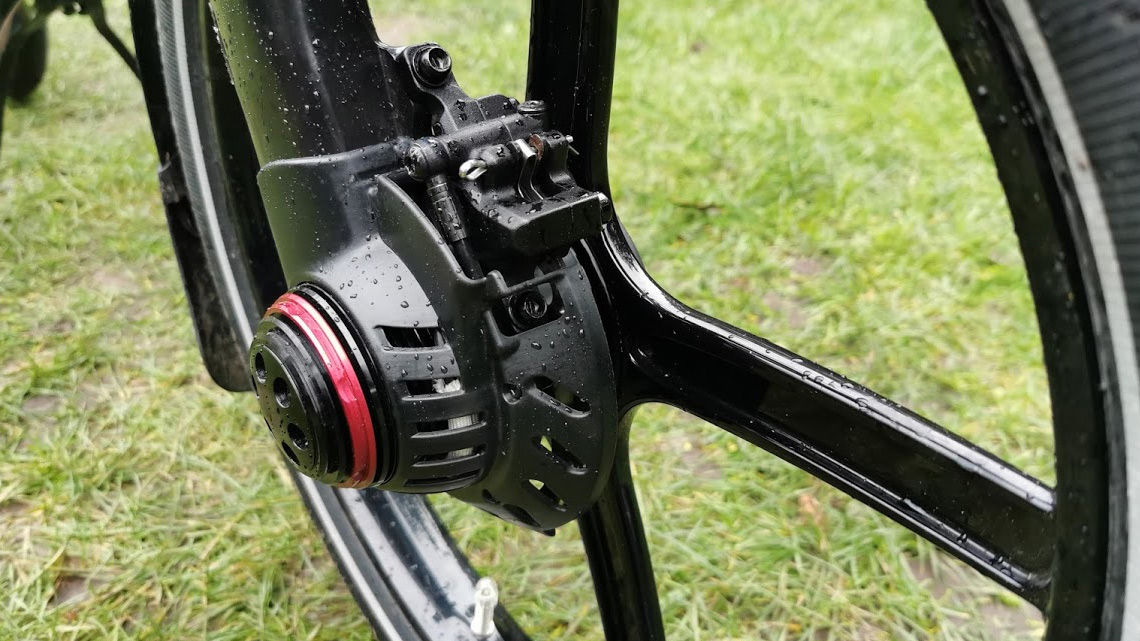 In terms of the electrics, the GX has a proprietary motor located in the front hub. It’s small and lightweight yet offers plenty of power. Usefully the battery, which sits in the rear half of the folding frame, is removable, and a row of LEDs in the oversize handlebars tell you roughly how much power remains. There’s a power button on the frame to turn the bike on and off.

As you’d expect at this price, a torque sensor is used to determine how much assistance to give you at any particular time. The only thing you’ll really need the app for is to change the power mode, but as you can create your own custom profile, you can set that up and then simply put your phone away.

A small button on the left-hand handle grip (just visible in the photo below) is for delivering full power when you need it. This is useful when you’ve set an economical power mode but want a bit of extra assistance at times. Unfortunately, it’s disabled when the region is set to Europe. 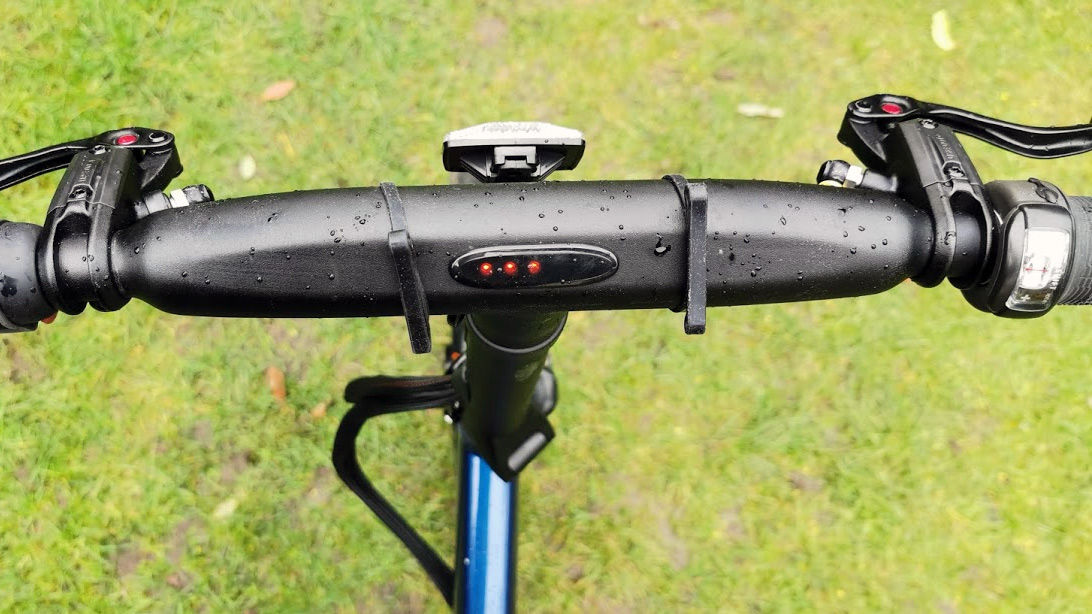 If you don’t mind mounting your phone between the two elastic straps on the handlebar, the app can act as a digital dashboard. This shows your speed, precise amount of battery power left and also acts a bit like a fitness tracker, displaying calories burned and your average power when pedalling, just like a turbo trainer.

Unfortunately there’s no way to connect to Strava, but this is something Gocycle is considering for a future app update.

One useful aspect is the ability to change the region in the app because this allows you to unlock the full 500W power of the motor. EU law restricts electric bikes to 15.5mph, but when you’re on private land (or if you take the bike to the US, for example) you can set the region to USA and increase the top speed to 20mph.

If there’s one thing missing it’s a built-in location tracker for recovering the bike if it’s stolen. It’s a feature that’s built into the Cowboy electric bike, and one that would have been nice to see here as well.

Despite the battery having only a 300Wh capacity – which is on the small side – Gocycle says the GX has a range of up to 60 miles on a charge. That is in ideal conditions with minimal assistance, and so as with all e-bikes, actual range will vary depending upon the power mode you set and how hard you pedal. On a colder day, with the maximum load and plenty of hills you might only get half that figure. 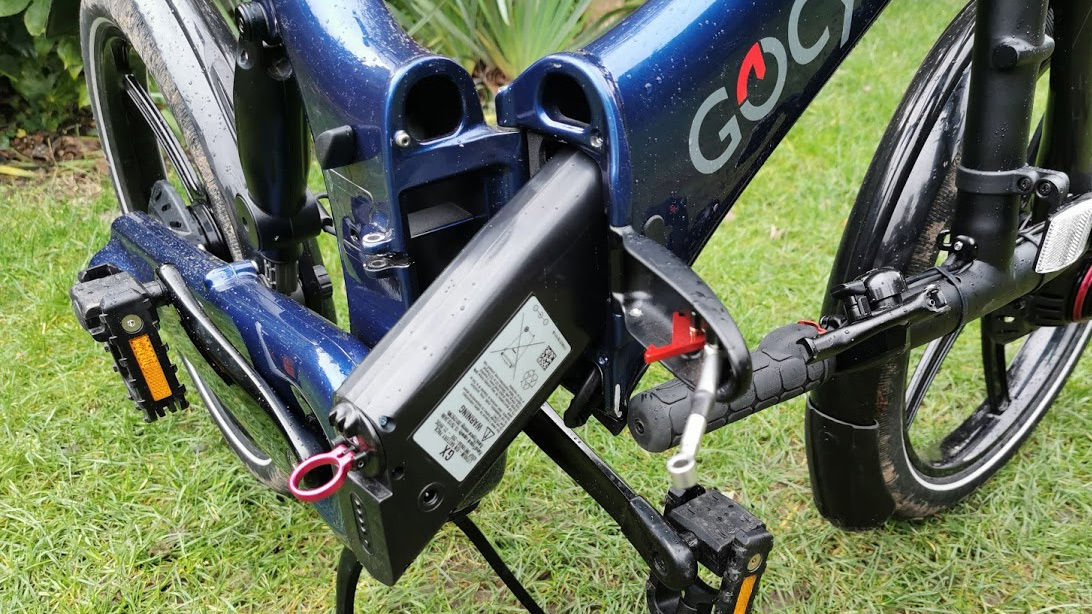 As mentioned, the motor doesn’t cut in for the first couple of seconds which means it can be a little tough to get going up a hill. And it’s worth noting that you do get this kind of assistance on other electric bikes. The ‘throttle’ button won’t help you either, as this is only functional when you’re going a few miles per hour.

It’s designed this way to preserve battery power and extend range, as it takes a lot of energy to get up to speed from a standing start, and the human legs are far more efficient (and it’s not hard on your legs in first gear).

The good news is that the overall riding experience of the GX is excellent.

What’s particularly good is the way the motor power fades gradually when you reach the 15.5mph or 20mph speed limit. Other bikes have an instant cut-out that is all too noticeable, but with the GX, you often don’t realise that you’re cycling without any assistance.

It’s also good that there’s very little flex, something that’s a problem on cheaper folding bikes. Thanks to the Gocycle’s great build quality, it feels more like riding on a standard bike with a top tube.

If you want to extend range even more, simply turn off the electrics and ride with no assistance altogether. This is where the gears are truly useful as single-speed electric bikes can be a challenge to ride when the battery has run out.

Another point worth noting is that you can wheel the GX along when folded because the two wheels line up. It’s a lot easier than carrying it, and you can hold onto the seat rather than having to bend down to wheel it along.

The included charger is relatively compact but isn’t the fast charger you get with the GXi, so an empty battery will take seven hours to recharge.

The battery is easy to remove: simply remove the pin holding the quick-release clamp, rotate the pink handle on the battery and pull it out of the frame. It can be charged off the bike using the charger, too.

Even if you aren’t specifically after a folding bike, the Gocycle GX has a lot going for it. It’s great to ride, has plenty of power for even the steepest hills and doesn’t require that you use the app to ride it.

It’s a shame that lights aren’t included as standard at this price, but if you can afford it, the Gocycle GX will not disappoint.