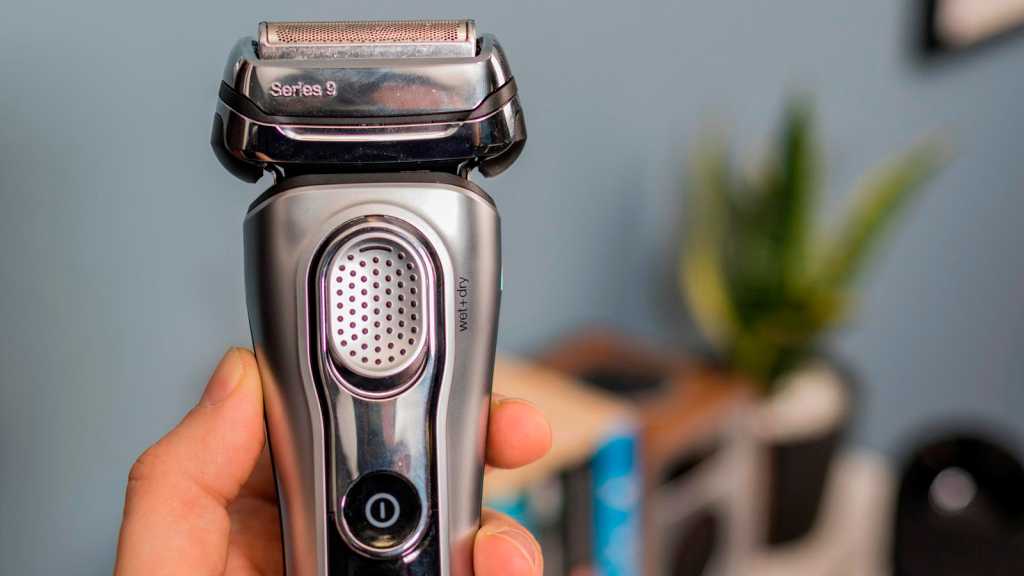 The Braun Series 9 is a great shaver that’s really only let down by its price. This will be overkill for many, but if your hair grows thick and fast enough that you need a close shave daily, this will get the job done well, and quickly, so it’s easy to recommend. The Clean & Charge station is a little more questionable. It’s undeniably a convenient way to clean your razor, but it’s bulky, ugly, and expensive.

The Braun Series 9 is the company’s flagship electric shaver, a high-end foil shaver that looks about as modern as a razor gets, with a feature set to match.

It also comes with one very odd (and optional) extra: a clean and charge station that, well, does what it says. It’s a charging dock that also uses an alcohol solution to clean and lubricate the razor between uses, keeping it as-new.

The shaver itself is great, but I’ll admit I’m a little less impressed by the cleaning dock. Here’s how they both stack up.

Right now the razor is reduced for Black Friday in the UK at least, dropping to just £139.99 on Amazon UK for today only. Check out our guide to the best electric shaver deals for more of the latest offers.

Even at a discount this is still one of the pricier razors out there – it’s the most expensive we’ve reviewed yet, with most available for less than £100. So what does the Braun Series 9 offer to justify the price? 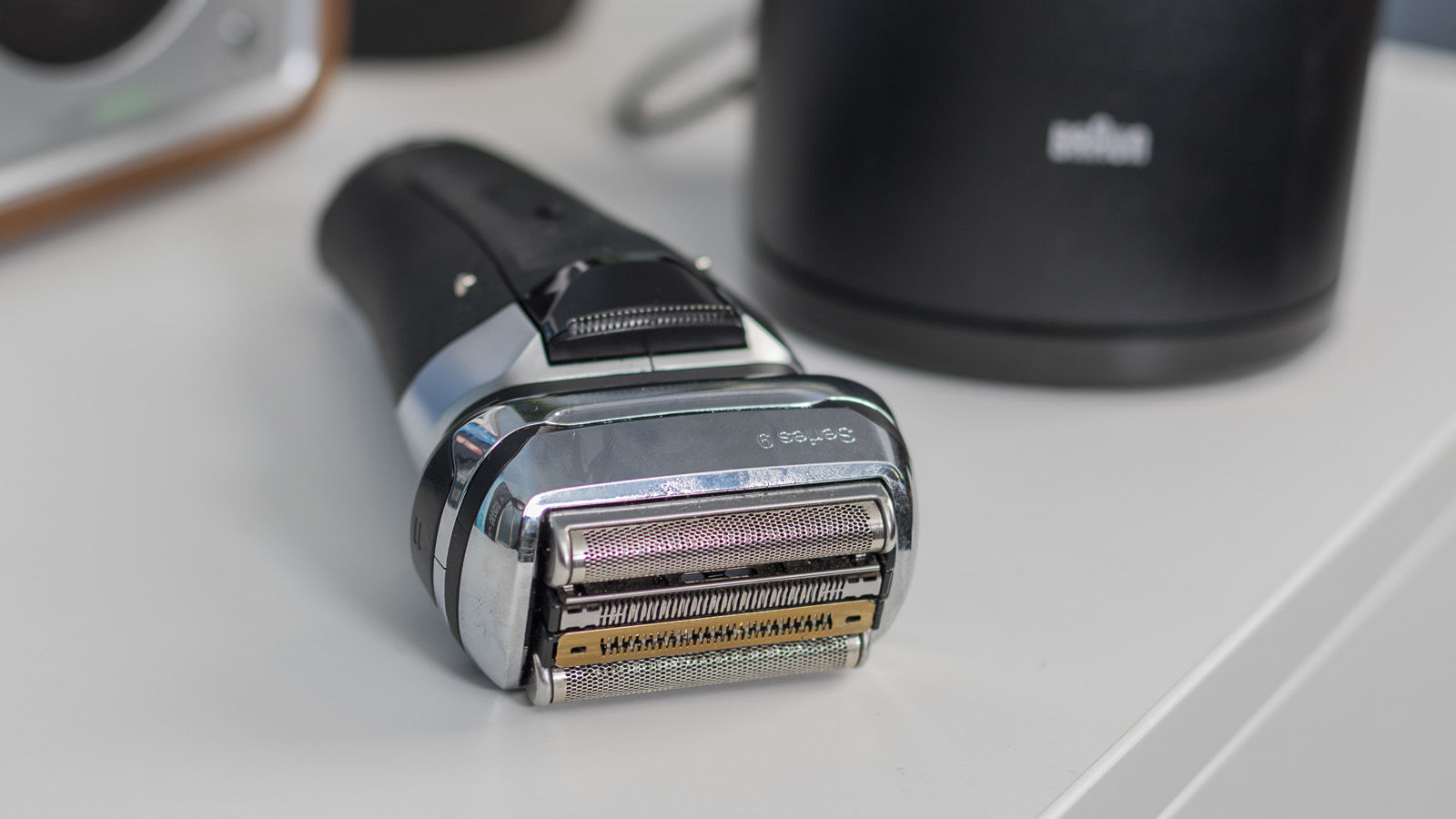 There’s nothing too controversial about the look of the Series 9. The slick silver-finished body looks and feels premium, but it also looks basically how you’d expect a high-end foil razor to look – Braun isn’t rocking the boat.

It is plastic however, so you might find that it feels cheap compared to some other high-end rivals. That at least keeps it lightweight though.

It’s fairly large, but ergonomically designed so that it’s comfortable to use, and the head – with two foils and two trimmers – tilts easily to suit the contours of your face.

There’s a big, easy power button to switch the shaver on, between an LED display that’s primarily used to display the remaining battery level and the head locking switch, which lets you lock the shaving head into a set position for when you don’t want it to tilt of its own accord. 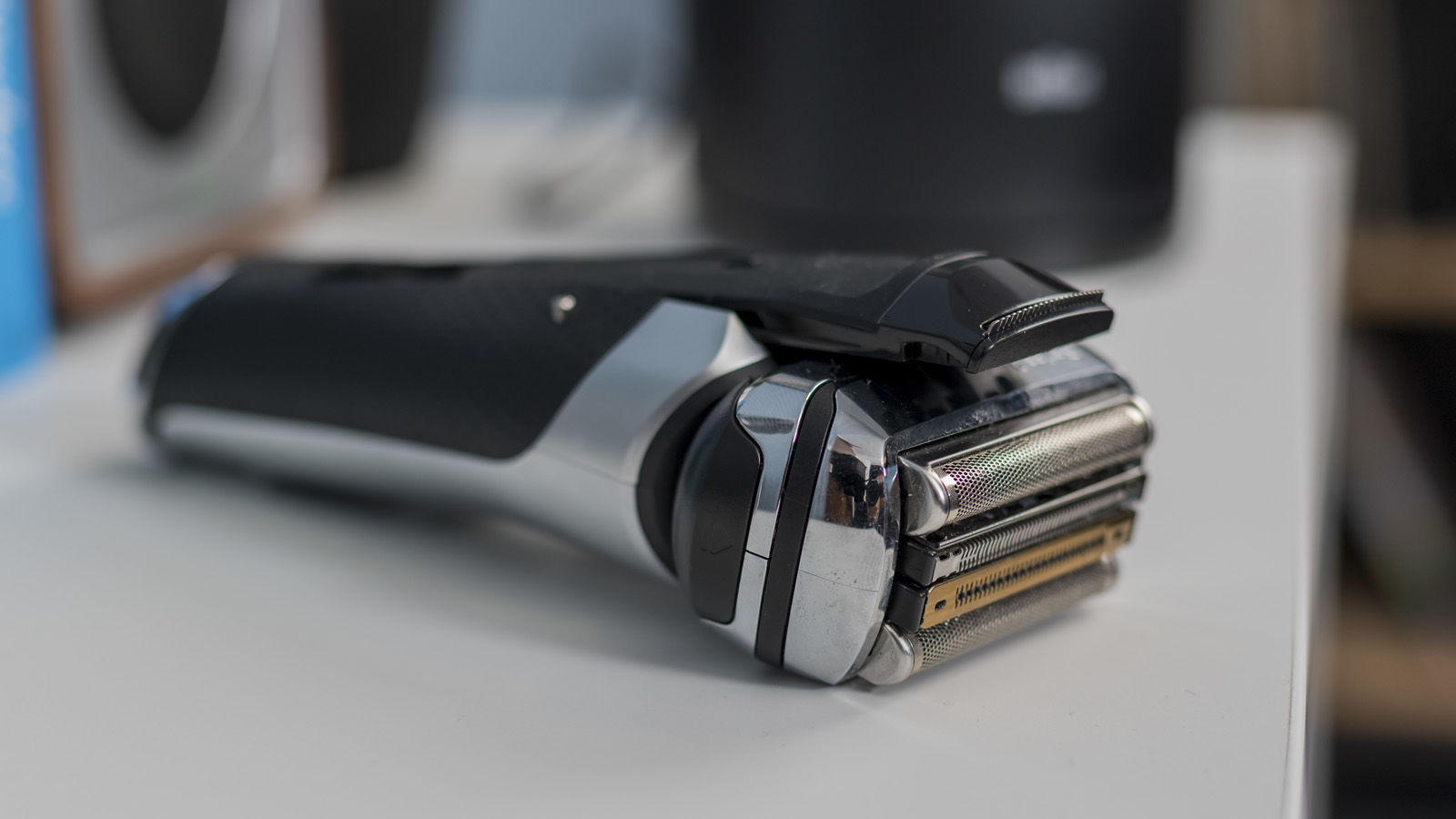 On the back you’ll find a smaller detail hair trimmer which slides up and out if you depress a button – so it’s difficult to do by accident, which is important. The main shaving head cartridge is also easy to remove for cleaning or replacement, if you ever need to.

As you’d expect at this price it’s waterproof – so you can use it in the shower or bath without fear, and it’ll work both for dry shaving or with shaving foam/gel. It’s also safe to rinse with water, though not necessarily if you’re using the charging base.

That’s a little harder to recommend from a design perspective. It’s big and it’s bulky and because the shaver sits in it vertically it’s also tall. That means you’ll need to have capacious bathroom cabinets or a lot of sink space to fit this in, and it’s actually too bulky to fit comfortably anywhere in my bathroom. 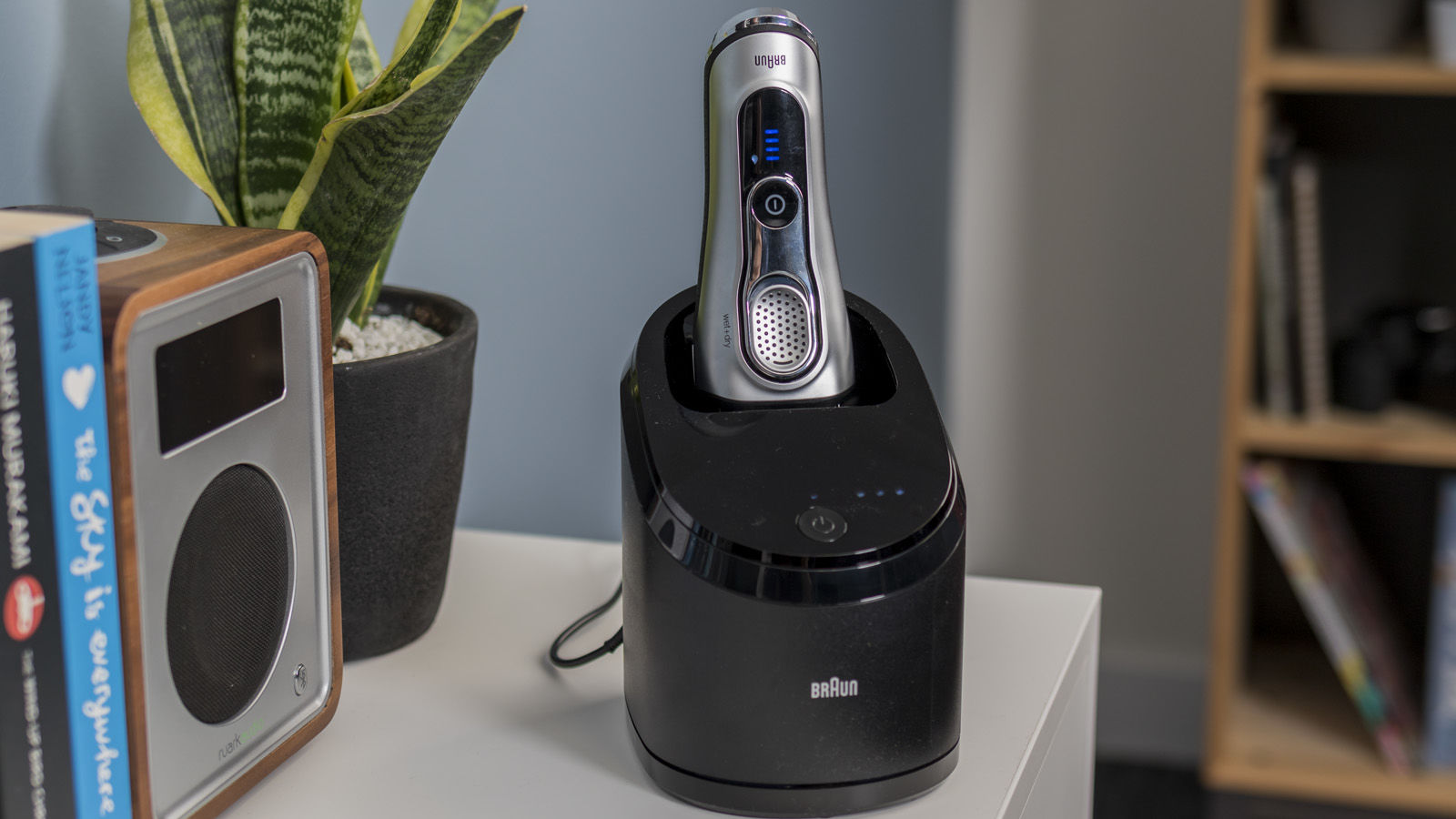 Unless your bathroom is massive I’d advise caution if you’re considering the cleaning base, because you might just find that you’ve got nowhere to put it. As a bit of a big black monolith it also isn’t really attractive enough that you’ll much want it on display, even in your bathroom.

Finally, the included carry case is rigid and sturdy, and not much bigger than the shaver itself – I’ve really got no complaints here, and it’s a good value-add.

How about the actual shave? Well, it’s very solid.

The shaving head’s tilting mechanism is better than others I’ve tried, and gave pretty good results even on awkward bits of my jawline, meaning I saw fairly consistent results and didn’t require too many passes to get a close shave.

And the shave was close – probably the closest I’ve gotten from any electric shaver I’ve reviewed. However it works, Braun’s combination of four different cutting elements clearly does the job, and while I still found a few stray hairs at the end of my shave, there were no patches that I just couldn’t get.

Even with longer hairs it didn’t pull or snag much, and I had minimal skin irritation during my time with it. The only real downside from a performance perspective is the hair trimmer on the back, which I found slow and underpowered. 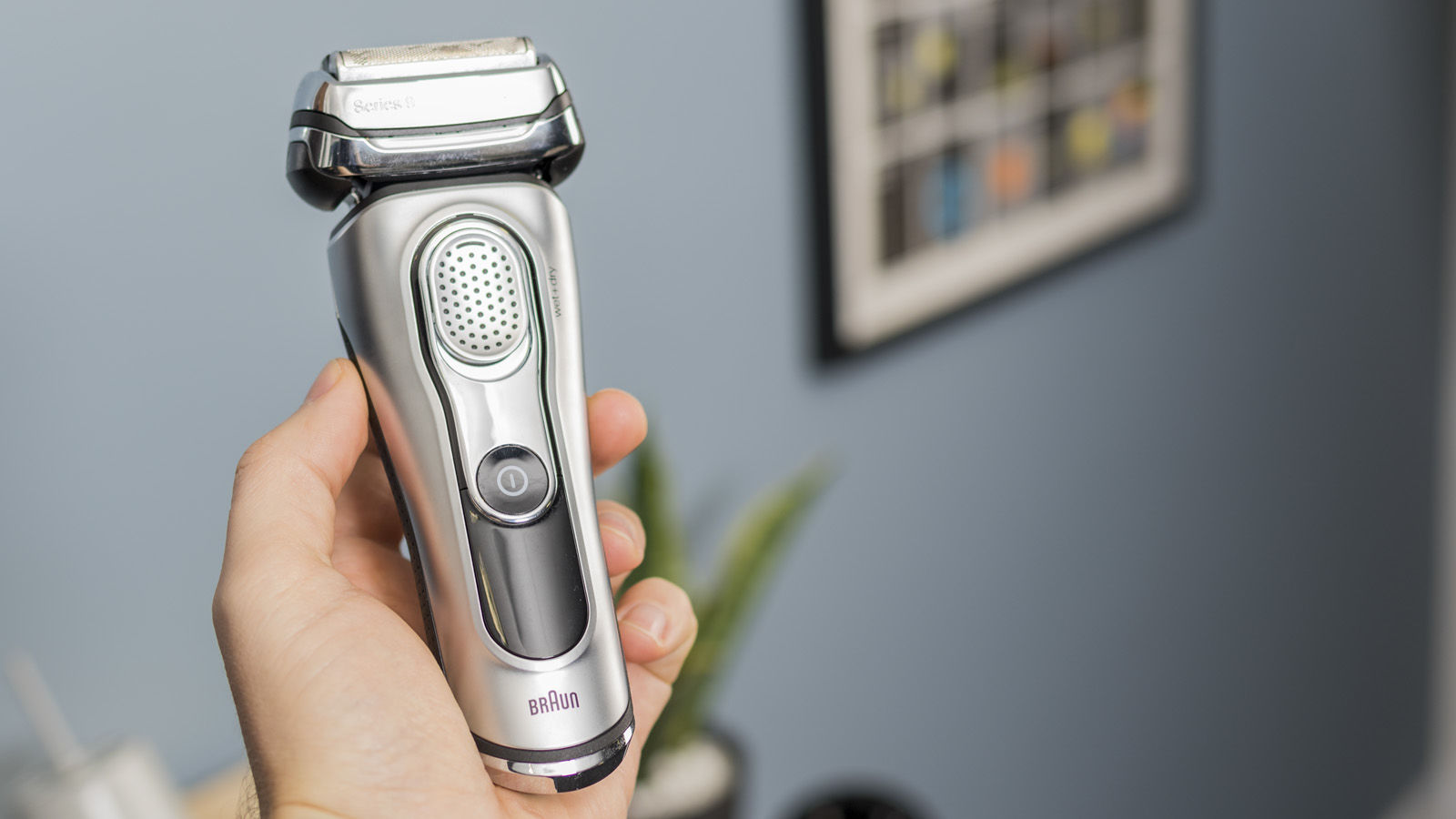 Battery life is great too. Braun claims up to 50 minutes, which seems about right from my use, and it only takes an hour to charge up to full which is great – with 5 minutes providing enough juice for a quick shave.

The display comes into its own here too. Not only does it display battery level across five bars, but get into the last nine minutes of battery life and it switches to a countdown display telling you how many minutes you have left – ideal when you’re running low and want to make sure you’ve got enough charge to get an even shave.

Battery life is less of a concern if you want to use the Clean & Charge Station, as this will obviously keep your razor topped up between every use.

It also uses an alcohol solution to wash the blade between uses and then lubricate it – though you can also charge it without cleaning each time if you prefer – in a process that takes a few minutes to clean, but almost an hour to then dry the blade fully. 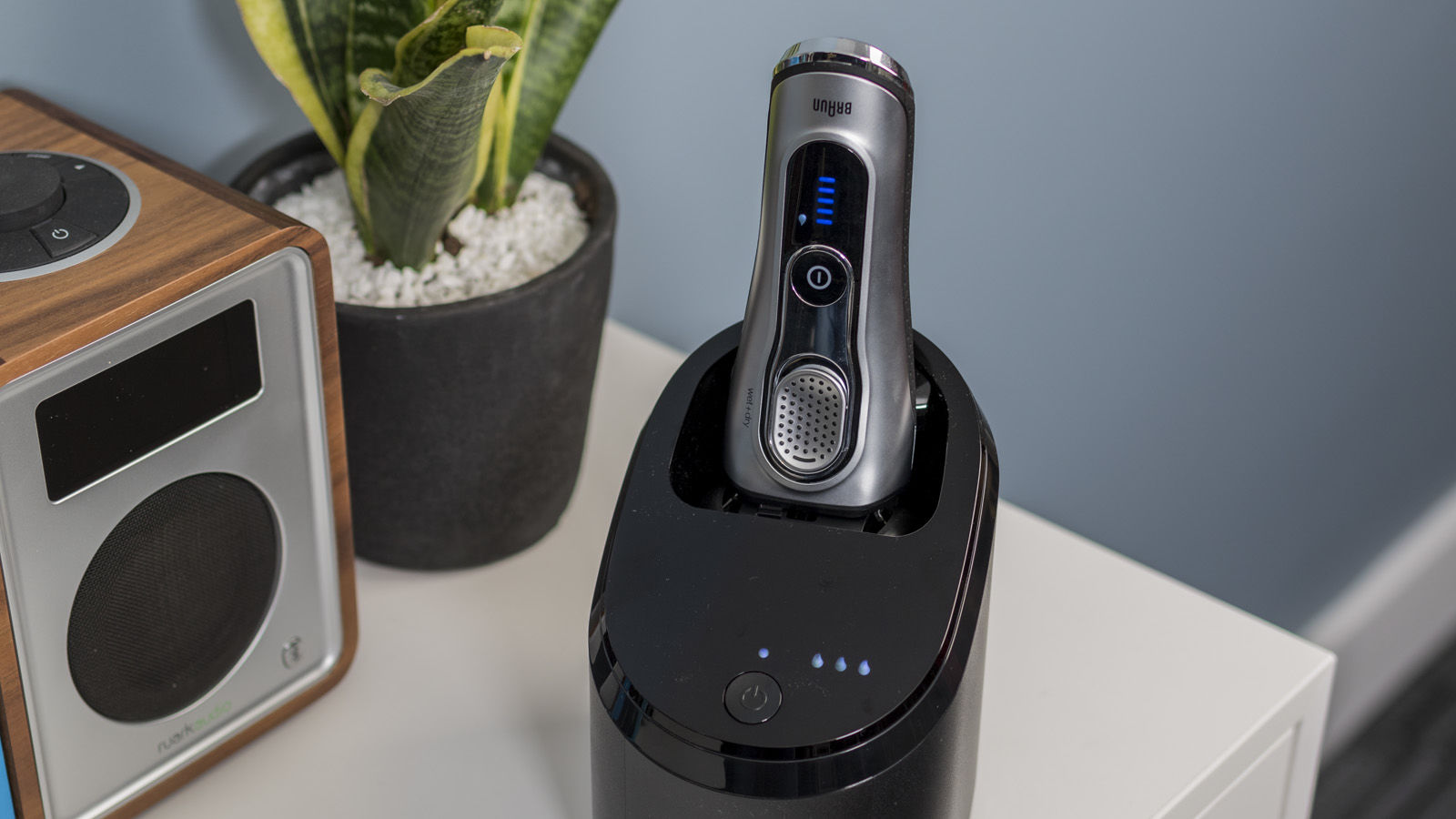 A small display will tell you how intense a clean it thinks the razor needs – from three settings – but I found that even after a single shave it tended to suggest an intense clean, so I’m a little sceptical about how well this works.

There are some limitations though. The razor needs to be dry before it goes into the dock, so if you use it in the shower or to shave with gel or foam then you can just throw it straight into the cleaning station when you’re done. It’s also a pretty noisy cleaning process, which may get on your nerves.

The biggest obstacle though is that the alcohol needs regular replacement, so on top of what’s already an expensive razor you’re locked into the ongoing cost of cleaning fluid cartridges. It doesn’t cost too much – £20/$20 or so for four cartridges – but it is another thing you’ll have to worry about.

This is really a review of two parts. The Braun Series 9 is a great shaver that’s really only let down by its price. This will be overkill for many, but if your hair grows thick and fast enough that you need a close shave daily, this will get the job done well, and quickly, so it’s easy to recommend.

The Clean & Charge station is a little more questionable. It’s undeniably a convenient way to clean your razor, and saves any worries about long-term dirt build-up, but it’s bulky, ugly, and expensive – both up-front and over time – so it’s only worth it for those with capacious bathroom cabinets and a real shortage of time.