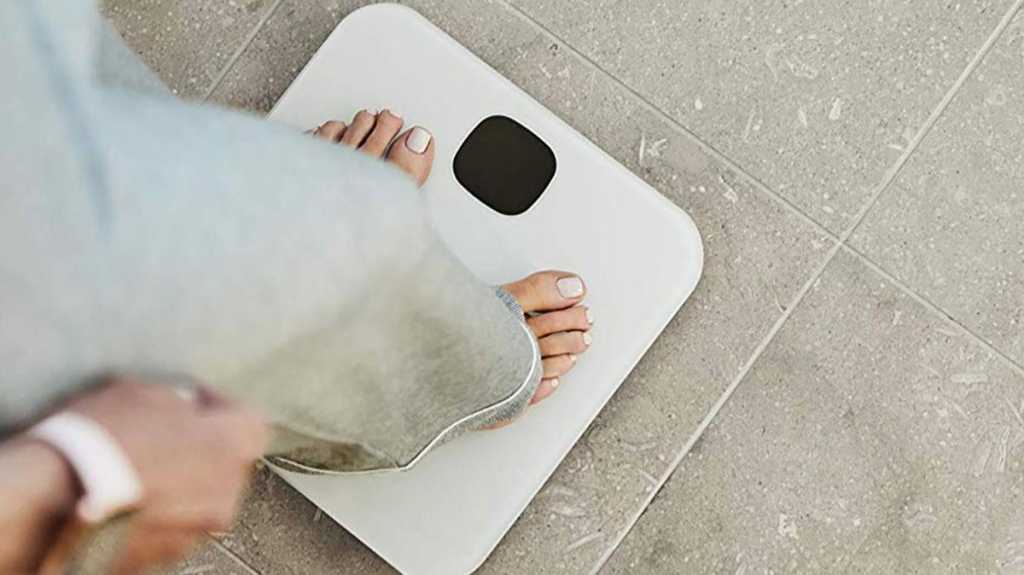 Fitbit’s Aria Air scale is less than half the price of the Aria 2, but lacks the body fat percentage measurement of the pricier Fitbit scale. If you want a basic scale to sync wirelessly with your Fitbit app, the Aria Air does what you require.

Is Fitbit’s new Aria Air scale right for you, or should you consider Fitbit’s pricier Aria 2 scale, or even one not from your favourite health and fitness tracking company?

Fitbit’s activity tracker does a lot more than just help you lose a few pounds. It motivates you to exercise more, for general fitness and not just weight loss. There’s also sleep-quality measurement and various wellness features.

But many users buy a Fitbit because they need to shed some excess around their tummies.

Fitbit users aren’t all just concerned with their weight and waistline, but it’s an important metric to many.

You can manually log your weight to the Fitbit app, but surely a better way is for the app to sync with a set of scales and save you having to weigh yourself, remember the numbers, and later log them into the app.

Fitbit sells two scales that do just that: the  Fitbit Aria 2, and the newer and less expensive (but more basic) Fitbit Aria Air.

What explains the fact that the Air is less than half the price of the Aria 2 scale?

First off, yes, the newer Aria Air is half the price of the Aria 2, while offering most of the same features – although the Aria 2 is certainly not brimming with features anyway.

In fact, the Air measures just your weight and lets the Fitbit app calculate your Body Mass Index (BMI). If you want more metrics, you need a smarter scale – like the Aria 2.

The more expensive scale sends a small, safe electrical signal through your body. This electrical current measures the amount of lean versus fatty mass in your body.

Health specialists agree that a healthy body fat percentage for adult women should be between 25-35% (women require more body fat), and 18-25% for men. Athletes and fitness fanatics will see lower percentages, but these are for us average humans.

As you get older, these percentage targets change – the acceptable numbers go up a bit as you age. It’s not a reliable metric for children who are still growing.

Body Fat Percentage is a more accurate indicator of healthy weight than BMI, which merely divides weight by height (and then multiplies this by, for whatever reason, 703).

BMI is an okay measurement for most of us, but can be skewed by being more or less muscular than normal. A bodybuilder with lots of muscle might register as more obese than a couch potato.

So, gym-goers who despair at not losing weight after a serious workout session might be more interested in body fat % because they are losing fat but gaining muscle.

The Aria Air won’t tell you that. It does, however, mean that the cheaper scale will tell you your weight faster, as it doesn’t have to wait for the impedance analysis that calculates body fat.

Remember that we all need some fat for temperature regulation, hormone production, vitamin storage and other vital things.

Visceral fat, which is the stuff stored in your belly and around your major organs, is the most harmful fat. High levels can increase your risk for diabetes, heart disease, stroke, artery disease, and some cancers. The Aria 2 scales can’t tell you about visceral fat, but if your body fat % is high, you may want to visit your doctor for further tests after you’ve tried to reduce the percentage through sensible diet and exercise – which most Fitbit users are aiming for.

If you want a fuller set of health metrics you need to look to our other  best smart scales reviews – although you’d have to manually log your weight to the Fitbit app if you want this in your Fitbit reports.

Other scales are cheaper and often offer more metrics, but only the Fitbit scales easily sync wirelessly with the Fitbit app. You can get around this by using apps such as MyFitnessPal, but it’s not as simple as the Fitbit scales make it for you.

While the Aria 2 connects via Wi-Fi or Bluetooth, the Aria Air does so only via Bluetooth to your phone. This is initially easier to set up, but means you have to open your Fitbit app on your phone when you weigh yourself.

Your weight is then synced to your Fitbit account, so you can keep track of the up and downs via the Fitbit app.

The Aria 2’s Wi-Fi setup means you don’t need your phone nearby. You just step on the scale (where it recognises each user by approximate weight), and it sends the reading to your Fitbit account database.

Both scales look similar (the Air is slightly smaller and lighter) and are available in either Black or White, and both can support multiple users. The Air’s display is brighter and easier to read than the Aria 2’s readings.

The Aria 2 can automatically recognise up to 8 users, while the Air syncs individual stats to the app when the phone is connected to the scale.

If you couldn’t care less about body fat percentage and just want your weight to be automatically synced to your Fitbit app, then the Fitbit Aria Air is the scale for you and will save you a fair bit on the slightly more able Aria 2.

If you want to dig deeper and monitor your body fat percentage, then you’ll need the more expensive Aria 2.

For even more metrics, you need to look to other sets of scales.