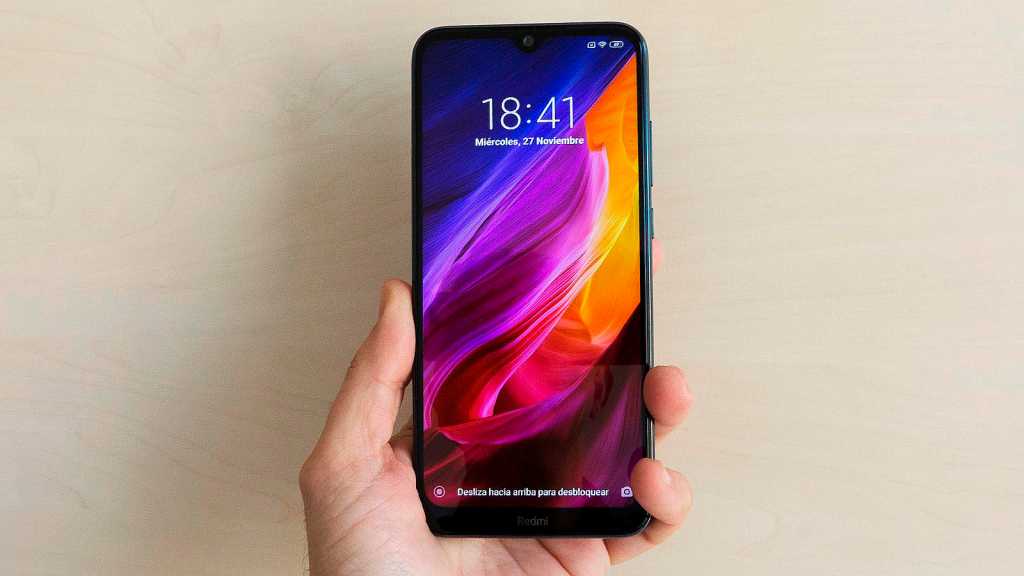 The first Redmi 8-series phone to make its way to the UK, the Redmi Note 8T offers extraordinary value at £179. This is a mid-ranger with a budget price, offering a 48Mp quad-lens camera, a 6.3in AMOLED display, a 4,000mAh battery and a capable Snapdragon 665 processor. It adds NFC and 18W wired charging to the Redmi Note 8 elsewhere. You’ll struggle to find better value for money anywhere else.

Previously unavailable outside China and Europe, the Redmi 8 series today makes its way to the UK, starting with the Redmi Note 8T. Available from the Mi Store at £179 SIM-free, or on contract through Three on contract or SIM-free at £169.99, this is an NFC-enabled update to the Redmi Note 8 that also adds 18W wired charging.

GearBest is another vendor of the new Redmi Note 8T, though it is currently awaiting more stock.

(You might also appreciate our Best Xiaomi deals coverage.)

Though various colour options and specifications exist within Europe, in the UK you can buy the Moonshadow Grey model through Xiaomi itself or the Starscape Blue model through Three, both with 4GB of RAM and 64GB of storage. As with others in the line this model supports microSD expansion up to 256GB, which is possible using a hybrid SIM tray that can alternatively accept two SIM cards.

This is a mid-ranger with a budget price, and a new contender for our best budget phone chart, currently championed by the Redmi Note 7. It headlines with a 2GHz Snapdragon 665 octa-core processor and a 4,000mAh cell for two-day battery life. The 6.3in 19.5:9 full-HD display uses a Dot Drop (waterdrop) notch to house a 13Mp selfie camera, but the real star is the 48Mp camera at the rear – one of four lens that make up the Note 8T’s primary camera.

Aside from this 48Mp lens, which is able to use pixel-binning to combine four pixels into one and create much better quality 12Mp images, the Note 8T has 8Mp ultra-wide, 2Mp Macro and 2Mp depth sensors.

Our colleague Alfonso Casas, of sister site PCWorld.es, had the opportunity to test in-depth the Redmi Note 8T, and has been impressed with the sheer value it offers. Here are his findings:

Our first impression of Redmi Note 8T out of the box was that it is somewhat bulky, heavy at 199g and rather chunky for today’s standards at 8.6mm thick.

That’s not to say it is inelegant, with its rounded sides and curved glass at the rear allowing it to fit right in with more premium models.

This is Gorilla Glass 5, which is commendable in a budget phone, and should help protect it from accidental damage. That’s a very good thing, since the materials used here can make the Note 8T rather slippery in the hand.

The quad-lens camera protrudes from the phone’s body, located on the back just above a fingerprint sensor that is – in more expensive models – nowadays often built right into the screen.

While none of Xiaomi’s line-up is fully waterproof, in the Redmi Note 8T it has applied a splash-resistant coating. Another intriguing new feature in this model is the self-cleaning speaker and AUX input, able to expel dust and debris through vibration.

You’ll find the SIM tray, power and volume buttons in their usual places, while on top is an infra-red sensor that is increasingly found only in Xiaomi phones, able to control a compatible TV in place of your standard remote.

Adorning the front of Redmi Note 8T is a 6.3in AMOLED panel with a Full-HD+ resoltution. A small notch at the top of the screen is used to place the selfie camera, which leaves the overall screen-to-body ratio at 88.3%.

The bezels are larger than we would ordinarily expect to see on a Xiaomi phone, with the bottom large enough to include the Redmi logo, which is also found on the rear. The phone is tall with a 19.5:9 aspect ratio, so despite this it fits comfortably in the hand.

Surprisingly for AMOLED we found rather cold and pasty colours presented by the display, but the colour temperature is easily tweaked in the settings. Thankfully this is a bright screen (claimed 500 nits), because it’s less easy to do something about that.

We found the rear fingerprint sensor worked quite satisfactorily, waking and unlocking the phone with a single touch of the index finger. Though the sensor itself is rather small, it is place exactly where you expect to find it, and therefore quickly becomes second nature to use. The only real gripe we have with this implementation is that it is more difficult to unlock when sitting on a desk, rather than in your hand.

We ran our usual benchmarks (which you can see in the chart below) and found stronger core performance here than in better-known models such as the Moto G8 Plus which has a similar processor, though it is a little slower than some recent phones using the Snapdragon 712, such as the Realme 5 Pro.

The generous 4,000mAh battery endured 8 hours 27 minutes in Geekbench’s battery test, which should mean it is good for a full day’s use. Xiaomi claims two days of life from the Note 8T, but your mileage really depends on your usage. The 18W wired charger is a welcome addition to this ’T’ model.

Redmi Note 8T launched in Spain alongside Mi Note 10, a phone notable for being the world’s first 108Mp camera phone that you can actually buy. Naturally, then, its 48Mp quad-lens camera didn’t get the recognition it deserved: this is a great spec for a £170 phone.

There are five cameras in total here, including a 13Mp AI camera at the front, and a 48Mp lens with f/1.75 aperture at the back. The latter is accompanied by an 8Mp wide-angle lens with f/2.2 aperture, a 2Mp Macro lens and a depth sensor, both with f/2.4 aperture, and together they are capable of some great results.

We saw very good results given good lighting outdoors, but were less enthused by performance in low-light scenarios, with colours somewhat dulled and lacking the vividness we see in real life.

The 8Mp wide-angle lens makes it easy to fit everything – or everyone – into a scene, but when you zoom right in you will notice some noise effects. There are also notable colour differences when using this sensor or the primary 48Mp lens. Night mode is available only to the latter.

The Macro mode is very good, enabling blur-free shots to be taken at just 1cm distance.

It’s worth pointing out that Redmi Note 8T is not yet running MIUI 11, which is the latest version of Xiaomi’s custom Android OS. Here running MIUI 10, we didn’t find multi-tasking or switching between screens quite as agile as we’d like. This may be due to the abundance of ‘extras’ (more than 30) Xiaomi has included here.

We’d like to see improved notification management, especially in Game Mode, and we miss the gesture-based navigation of some of Xiaomi’s more premium phones.

Though it’s not entirely flawless, at £169.99 the Redmi Note 8T represents exceptional value. A quad-lens camera is unheard of at the price point, and you will be surprised at the level of detail that can be captured. Overall performance is sufficient for daily tasks, and the 4,000mAh battery adds appeal.