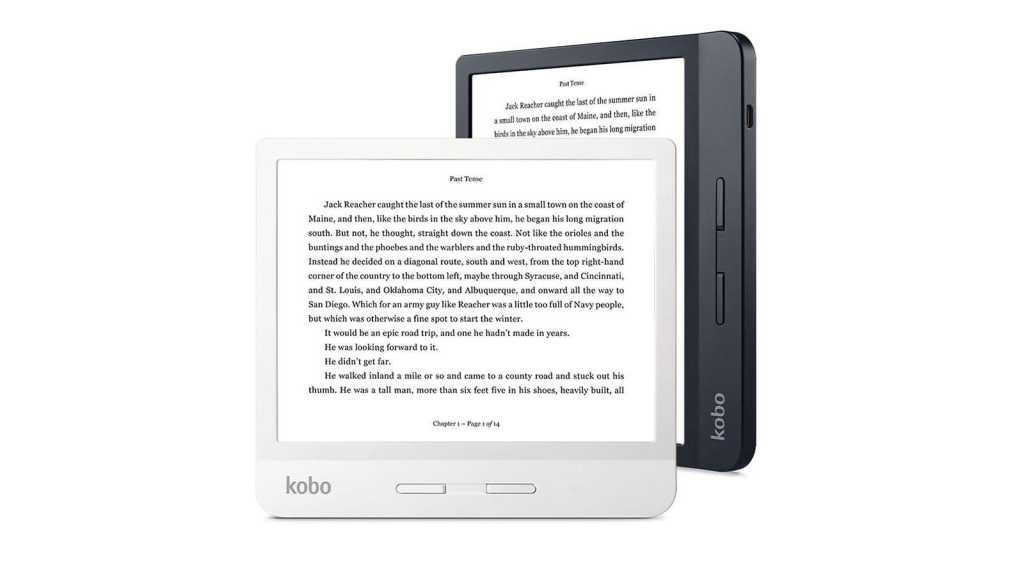 The Kobo Libra H20 offers the same great design and features as its larger Forma sibling, squeezed into a smaller package with a considerably smaller price tag. If you can cope with the curatorial problems on the Kobo eBook store, this is a great choice of eReader.

We’re big fans, in hardware terms, of Kobo’s Forma eReader, which we reviewed in October 2018: it’s attractive and robust, with a big screen and excellent water resistance. Now the company has followed up with a similar device that’s a little smaller, but also considerably more affordable: the Libra H20.

But is it any good? In our full review we test and rate the Kobo Libra H20’s design, features and performance, and help you decide if this is the right eReader for you.

Price and where to buy

How does that compare to rival devices? It strikes us as competitive. If we’re demanding a 300ppi 7in screen, 8GB of storage and IPX8 water resistance, the most obvious Kindle comparator is the Oasis, which has an RRP of £229.99/$249.99. Check our Amazon deals roundup for the best current price.

The Libra is also markedly cheaper, as previously mentioned, than the Kobo Forma, which costs £239.99/$279.99 with 8GB of storage. (That device is also available with 32GB, an option that isn’t offered with the Libra.)

How does this compare with the Kobo Forma?

The Libra has essentially the same design as the Forma (thumbs up for that), only shrunk down a bit. It has a 7in screen, compared to the Forma’s 8in – which is a bit of a shame, since the unusually generous 8in display was one of the Forma’s selling points.

But by making this compromise you benefit in other ways. Aside from being significantly cheaper, as outlined in the last section, the Libra is obviously more portable. Curiously the difference in weight is tiny, at 192g vs 197g, but the dimensions of the Libra are far more pocketable, at 144 x 159mm, compared to the Forma’s 160 x 177.7mm; it’s also a shade thinner.

Funnily enough there are a couple of other differences that fall in favour of the Libra. It’s available in black and white finishes, whereas the Forma comes only in black (indeed, in our Forma review we commented that it would be nice to have some alternatives), and it offers 12 fonts, compared to the Forma’s 11. And the fact that both Forma and Libra have 1200mAh batteries, yet the former has to power a larger screen, suggests that the latter will last a little longer between charges.

Read our Kobo Forma review for more information on that device.

Like the Forma, the Libra H20 is almost square: the 7in screen is oblong but there’s a nice chunky grip on one side, angled upwards slightly so it’s easy to pick up the device from a flat surface. (A similar design ethos was reportedly used on the original iPad, so it’s a strategy with good pedigree.)

There are two buttons on the grip, used to skip one page forward or back. You can hold the grip with your left or right hand, and if you’ve got auto-rotate activated it will know to swap the function of the buttons as well as flipping the screen.

An additional power button on the back puts the device to sleep or powers it off completely, depending on whether you press and release or press and hold. It’s located on the opposite side to the grip – so it’s top left (quite convenient) if you’re holding the Kobo with your right hand, or bottom right (slightly less convenient) if you’re using your left. If you’re using one of the official sleep covers you’ll find that it obstructs access to the power button, but arguably it also makes that button semi-redundant, since closing the flap puts your Kobo to sleep and opening wakes it up again.

The Libra is made of matt plastic throughout, having seemingly lost the glossier screen bezel seen on the Forma; only the cover of the power button offers any kind of shine. This isn’t a premium-feeling device, but this seems to be standard among even quite premium eReaders. And it feels like the Libra would survive if you dropped it a moderate distance – which should be less likely anyway because of the pleasingly indented texture on the back.

At 192g the Libra is nice and light. It works well as a one-handed device, assuming you’re using it without the sleep cover, and you can apply enough pressure with the meat of your palm to hold it steady while using the buttons with the thumb of the same hand. With the cover on it still just about works in this way, but you do feel the extra weight: it would become tiring after a while, and you find yourself propping up the device with your little finger. We would suggest that it’s really a two-handed device when encased in the sleep cover.

The Libra H20, as the second part of its name implies, is water-resistant. It has a rating of IPX8, which is the highest given to consumer devices for liquid protection and certifies that it can withstand up to 60 minutes of immersion in 2m of water. (A score of 9 is theoretically available, and certifies resistance to pressurised or high-temperature liquid, but this generally applies only to road vehicles.)

The X part of the rating, in place of another number, indicates that it has not been rated for protection against dust and similar solid intrusions.

There was a time when water resistance was a killer selling point for an eReader, and it’s certainly handy for a device that by its nature tends to spend a lot of time next to swimming pools. But IPX8 is now offered by Amazon’s Kindle Paperwhite and Oasis (although not its basic Kindle), and it’s also part of the Kobo Forma’s specs sheet. This is a standard offering, in other words.

On one occasion the Libra behaved oddly after powering on, displaying the syncing symbol (even though we didn’t have Wi-Fi at the time) and then refusing to respond to taps or button presses when it finally landed on the home page. That appears to have been a one-off, fortunately, and reading has otherwise been a pleasant and unobtrusive experience. And we would recommend using sleep/wake rather than power off/on in any case, since it’s quicker and battery life probably won’t be a concern for you.

You can use a wide variety of touchscreen controls to navigate through your book library – although we find it far easier to use the hardware buttons since the E Ink display is quite slow to respond to taps, as is usual for displays of this kind.

Tapping the centre of the screen toggles between displaying or hiding options, such as text size, brightness, rotation lock, contents, annotations and more. Tapping on the righthand side of the screen turns the page and tapping on the left goes back by default, but these settings can be fine-tuned. There’s also a nice (optional, but enabled by default) feature where swiping upwards or downwards along the left edge of the screen adjusts the brightness.

We also love the feature whereby the cover of the eBook you’re currently reading automatically becomes the screensaver when you go to sleep or power off. It really improves the sense of immersion in the text, and makes the Kobo feel slightly more like an actual book.

But what about eBook availability? This was our main concern with the Forma, and it remains so here. Most people will source most of their books from the official branded store tied to their reader, and the Kobo eBook store, while offering a good range of titles both new and old, is far less able than the equivalent Kindle Store to offer user-tailored recommendations and useful curation. The company simply has access to far less user data than Amazon.

We also made our by-now traditional visit to the front page of Kobo’s Short Stories section, where in the past we have reliably found soft porn. At time of writing, perhaps through sheer luck, there were no eBooks that could be so termed, although three of the 24 books on show were in Spanish (even though we were on the British English version of the site) and several others, such as a collection of Tolstoy novels, were manifestly not short stories. It’s still obvious that recentness, rather than curation or appropriateness, is governing what you get to see on even quite high-profile pages of the store.

Don’t despair, however, because Kobo eReaders do far better than their Kindle peers when it comes to sideloading books from non-proprietary sources. Most importantly the Libra supports ePub natively, which makes it easy to download copyright-free classics from sites such as Project Gutenberg; it’s not all that difficult to get Gutenberg books on to a Kindle, but the lack of native compatibility means you have to convert the file first.

The Kobo also supports its maker’s OverDrive service, which allows you to download more recent titles for free from your local library… if you can find any decent ones. Our local branch has very few good eBooks available on OverDrive, sadly, and the decline of British library funding slightly undercuts this feature’s appeal.

The Kobo Libra H20 offers the same great design and features as the Forma, squeezed into a smaller package with a considerably smaller price tag. If you can cope with the curatorial problems on the Kobo eBook store (most obviously by getting literary recommendations, or sideloading free eBooks, from other sources) then this is a great choice of eReader at an appealing price.

If you’d like to read more about the other devices available right now, take a look at our guide to the best eReaders.