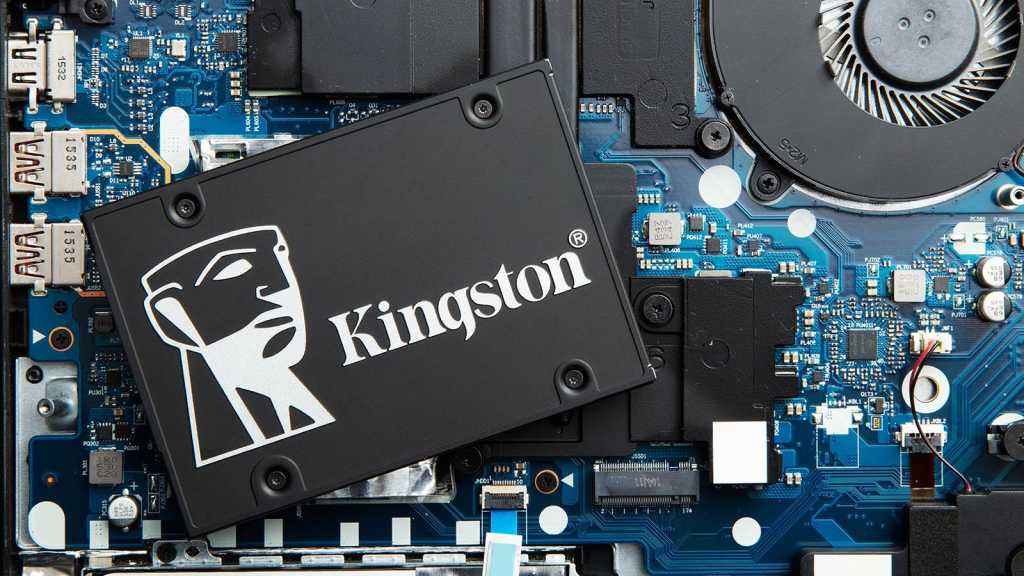 The Kingston KC600 SSD is comparable with the Samsung 860 EVO, and at a similar price. But the new controller and 3D NAND won’t address the limitations of this form factor when compared with NVMe options, so this is decent option if you’re limited to SATA.

It’s easy to forget that when SATA first arrived its maximum performance was barely quicker than the best physical disk speeds, and the only way to greater speeds was to use RAID packs of multiple drives.

These days SATA connected SSDs are commonplace and can deliver read and write performance that exceeds 500MB/s, and they’re a drop-in replacement for SATA physical hard drives in both desktop and laptop systems. Because SATA has hit a performance ceiling and the new high ground is NVMe M.2 connected drives, the Kingston KC600 SSD is coming into a very competitive sector where performance is secondary to cost in importance.

How does the KC600 stack up against the best that Samsung and Crucial have to offer, and is the price keen enough to snag enough sales?

There are initially three available drive capacities on the KC600, and the larger drives are unsurprisingly more expensive.

The cheapest option is the bare drive for 256GB for just £39.66, 512GB costs £65.32, and the 1TB model is £145.80. It can also come, as the 1TB review hardware did, with an installation kit that adds about £15 to the overall cost. However, click through to Insight, Scan or eBuyer and the prices are cheaper. You can also order from Amazon.

The bare drive prices make the 512GB the best value per GB, and the 256GB model the most expensive. An additional 2TB model has been promised but is not yet arrived in the retail channel. 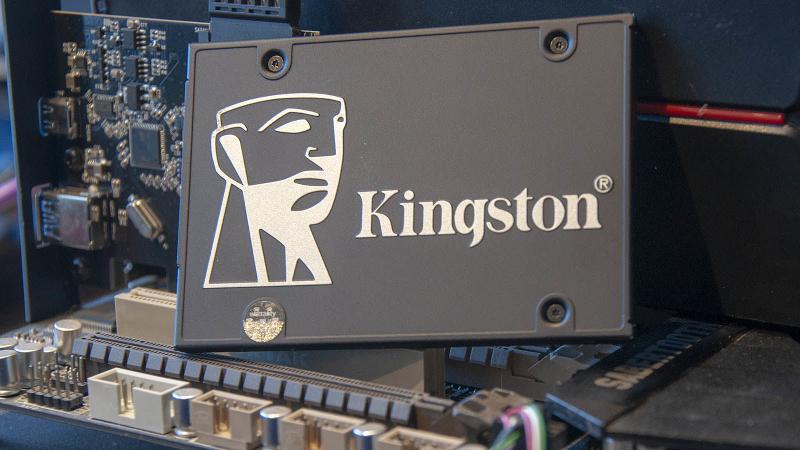 Using the 1TB drive for comparison, the Kingston KC600 is more expensive than the Crucial BX500 and MX500, Samsung 860 QVO, WD Blue 3D NAND, Patriot Burst, SanDisk PLUS and PNY SC900. However, it can be found cheaper than the closest specification competition, the Samsung 860 EVO.

When the 2TB model arrives, that might prove popular. But both SanDisk and Samsung have 4TB drives in this form factor for those that are only interested in single drive capacity.

These are the best SSDs you can buy.

If you choose to pay a little extra Kingston will provide a very nice installation kit that includes a 2.5-3.5in mounting tray, SATA and Molex-to-SATA-Power cables, a USB drive caddy and 7mm-9mm drive shim.

Kingston has probably assembled the nicest installation kit we’ve seen and is easily worth the extra for those that need to transfer an existing system to the drive before installing it in their system.

But, back to the drive. 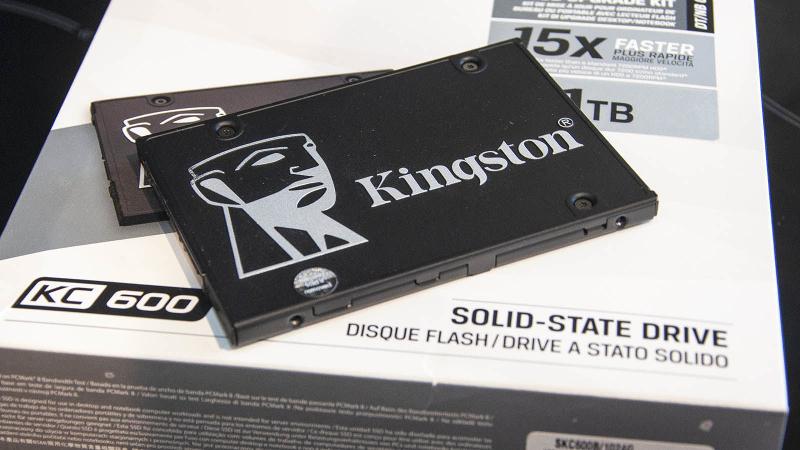 There are few things less exciting than a 2.5in form factor SSD, and the Kingston doesn’t flaunt those conventions with the KC600. It’s a box made to the size of a hard drive form factor originating that has its origins in the previous century, and all the clever stuff is hidden inside as usual.

In this context, the smart technology inside includes Micron sourced 3D TLC NAND Flash memory wired to the quad-channel SM2259 NAND flash controller by Silicon Motion. This 96-layer 3D TLC NAND uses a single LPDDR3 RAM cache module for both reading and writing, and sports advanced algorithms for optimal sustained performance over the entire capacity of the drive.

Alongside maintaining the read performance of 550MB/s and write of 520MB/s, the Silicon Motion controller also offers S.M.A.R.T, TRIM, NCQ, TCG Opal and hardware AES 256bit encryption. Being able to hardware encrypt the whole drive has been a feature of high-end SSDs for some time, but Kingston offers it here to give the KC600 a complete feature set that rivals what Samsung offers on its 860 series.

From a feature perspective, the KC600 ticks almost all the boxes, but can it turn any heads with performance?

There are only three significant factors in assessing a SATA SSD; price, performance and longevity.

Leaving pricing aside for the moment, the performance of any SATA drive is capped mostly by the interface, and the KC600 is a perfect example of a flash drive that is bottlenecked by SATA 6Gb/s bandwidth.

In our benchmark tests we regularly saw this drive hit 565MB/s reading and 520MB/s on writing, which are about the best it is possible to achieve with SATA III. For IOPS it achieved the quoted 90K/80K for reading and writing, which is highly respectable for this form factor.

If these numbers seem broadly familiar, they’re almost identical to those offered by the Samsung 860 EVO, even if that drive uses different NAND memory and controller.

The KC600 also has identical TBW (Total Bytes Written) at the different capacities, with the 1TB review hardware having a substantial 600TBW lifespan. That’s the equivalent of writing a 50GB file to the drive every day for nearly 33 years. Therefore, unless you are editing 4K video files each day, it is highly unlikely that the KC600 will wear out before it is replaced by the natural cycle of technology.

It is possible to find very marginally quicker SSDs such as the Samsung 860 Pro, but that drive costs at least 70% more for some single percentage point improvements in write speed, and maybe 10% more IOPS.

There are two issues here, and the first is that the era of SATA connected drives is becoming more historical as each day passes. If you want the ultimate SSD performance, then choose NVMe PCIe drives, as they are up to six times faster than the KC600 can ever be, irrespective of what system you connect it to.

The second problem is the margins for undercutting other SSD makers are small, especially when a competitor of Kingston is Crucial, who are also Micron, the makers of the NAND used in this product.

With so many budget SSDs in the market, many that can also exploit SATA’s whole bandwidth, the KC600 has launched into a challenging space where those looking merely for capacity can get it for substantially less than this.

But it isn’t necessary to sacrifice performance to save money. Crucial offers the P1 1TB NVMe drive that is less than £100, yet can read at 2,000MB/s and write at 1,750MB/s. The Crucial P1 kicks the KC600 to the kerb, purely because of the superior interface it utilises if nothing else.

Therefore, to be interested in the KC600 over an NVMe drive, you must be limited to using a 2.5in SATA SSD. And, that almost certainly eliminates most desktop users, and potential customers are likely to be a laptop owner where upgrades are possible.

For those customers, the best choices are either the Kingston KC600 or the Samsung 860 EVO. And, with the specifications being so close the lower price of the Kingston could be the deciding factor.