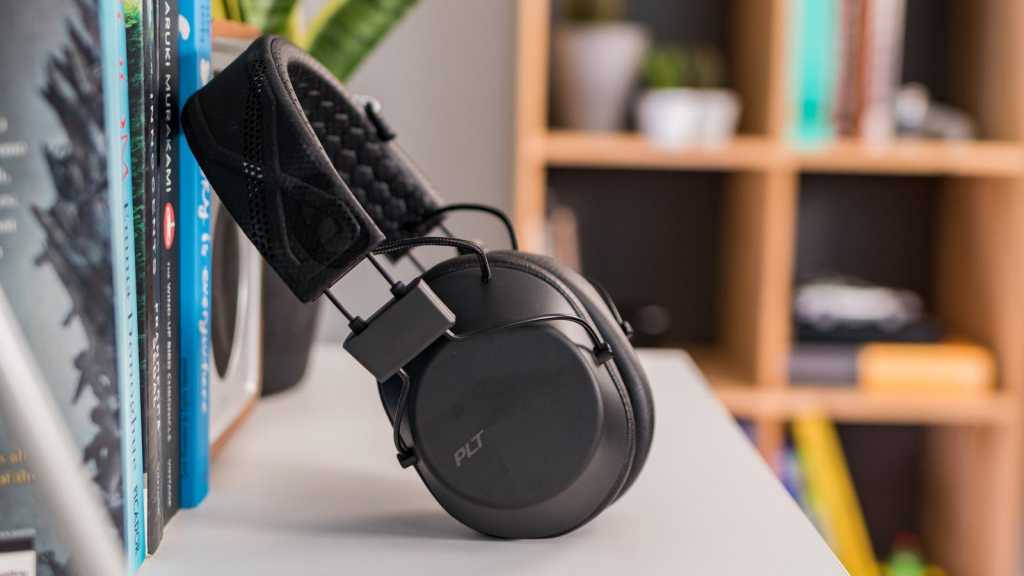 The Plantronics BackBeat Fit 6100s are a rare breed: over-ear sports headphones. They make a good case for the form factor though, with an adjustable latch to tighten the fit for workouts and impressive waterproofing throughout the slim design that’s just as suitable for the gym as the commute. Oh, and they sound great too. Need we say more?

When you think sports headphones you probably picture sleek in-ears – maybe a neck-band, maybe true wireless, probably with those odd-looking bits that hang around the top of your ears to keep the headphones in place.

They’re not quite the only chunky sports headphones, but they’re one of a few – and given that they’re not even on-ear but full-sized over-ears, they sit in a niche within a niche. Still, if you’re in that niche with them then the Fit 6100s do exactly what you’d want them to, and well.

The BackBeat Fit 6100s are available now from Plantronics, Amazon, Best Buy, and a few other electronics retailers.

They’ll set you back £149/$179, which might sound like a lot but is actually reasonable for the quality and feature set you’re getting, which includes just about everything except active noise-cancelling.

If you want to know what else is out there, we’ve also rounded up some of the best sports headphones – though most are in-ear – along with a bigger guide to the best headphones around. 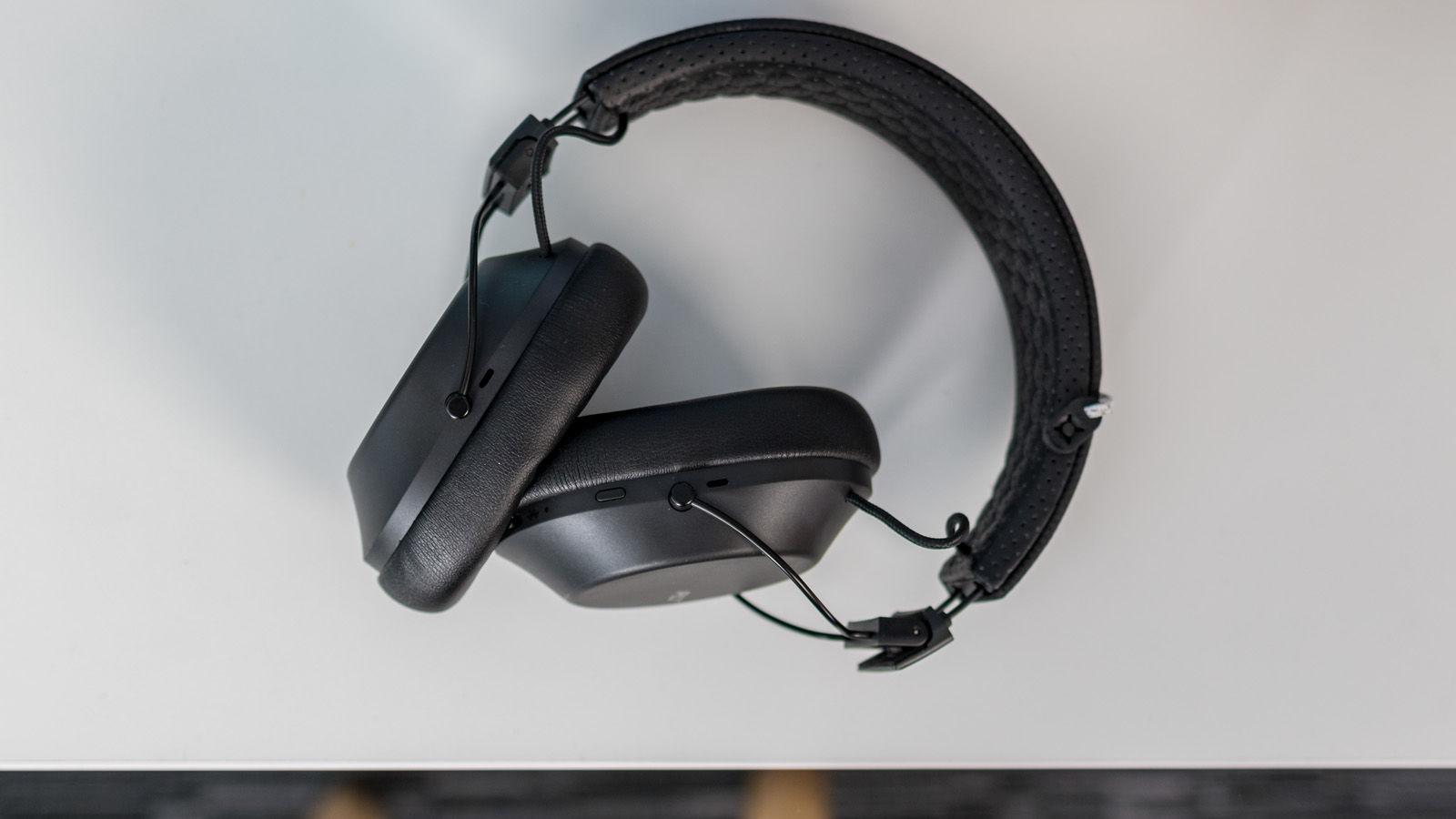 From a purely aesthetic perspective, the BackBeat Fit 6100s basically play it safe.

The big ear cups are solid slabs of black plastic, only interrupted by small ‘PLT’ logos and a couple of buttons round the back. At a glance they could be mistaken for any number of ‘regular’ over-ear headphones – the shape is especially similar to Sony’s high-end models – and there’s not much to give away their sporty side.

The headband is a little more lively, not least in that it’s where your choice of colour has its effect – though even here it’s only black, grey, or black-and-grey camo to choose between.

Whichever colour you opt for, the textured fabric finish and hexagonal interior lining hint – albeit subtly – that these have been designed with sports in mind, though not so much that you’d ever feel self-conscious wearing them outside the gym.

The look of the headband is probably my least favourite part of these headphones, but I suppose it’s the price you have to pay for keeping them waterproof (with an IPX5 rating), sweatproof, and breathable (to try and reduce that sweat a little in the first place.

I wouldn’t exactly swim in them (over-ears have many good qualities, but hydrodynamics are not among them) but even your sweatiest gym session shouldn’t pose any problems, and everything is easy to wipe clean afterwards, so they shouldn’t accumulate too many gross smells. The headband is adjustable in two different ways. You can slide the cups up and down just like on any other cans, but there’s also a small fabric pull cord on one side. Pull this down and you can latch it, tightening the bands’ fit to help keep the headphones in place during your sets – and conversely, undo it to loosen the clamping feeling to make things more comfortable for everyday use.

These things are also sturdy af. You can twist the band round any which way and they’ll survive, so you also shouldn’t worry about throwing them into a gym bag with your other gear. Plantronics has also kept them compact (well, by over-ear standards at least) meaning they a) fold up nicely, and b) are unlikely to get in the way even if you’re lifting weights overhead or throwing your arms up during a HIIT session.

If there are two things the design boils down to, it’s durability and versatility. These are tough and reliable, but also cleverly designed to suit the gym just as well as the commute. The headband latch even means these will work well for running – something that can be said for very few over-ears.

None of that would matter much if the headphones didn’t deliver on sonics, but in fact they excel. 40mm angled drivers deliver surprisingly robust audio with loads of bass response, without sacrificing the clarity and depth of the mids and highs.

Amidst the clatter of barbells and the thump of my gym’s mediocre workout playlist the Fit 6100s sound great even without any active noise cancellation, and the sound profile is surprisingly balanced, with only a slight lean towards the bassy end. Bluetooth 5.0 helps keep quality up over wireless, though there’s no AptX support to be found. 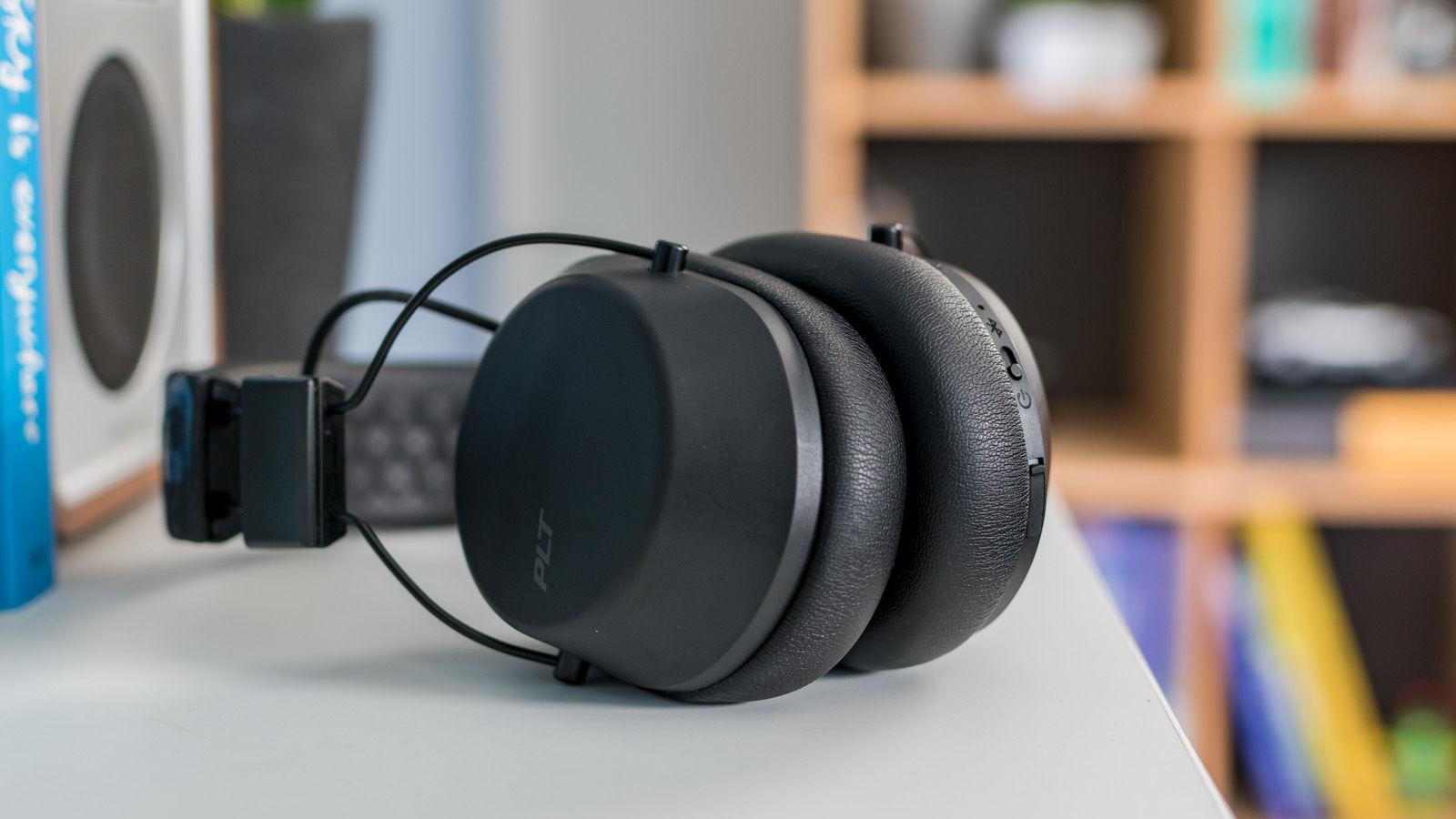 The sound is at its best when you latch the headphones down for workouts – improving the passive noise isolation from the ear cups and blocking out any background gym audio – but it’s actually great all the time, with no sense of any compromise in audio to hit the sports features.

Call quality is also strong, though that’s no surprise – Plantronics is primarily a headset company, so knows its way around a microphone or two. There’s also an Awareness mode that lets you tweak how much outside noise is let in, whether that’s to hear traffic on an outdoors run or chat to your gym buddy between sets.

The accompanying app gives you some adjustable EQ settings, along with the option to tweak the touch controls. By default they’re used to play, pause, change the volume, skip tracks, and activate your phone’s smart assistant, but you can also set up to two custom controls. Options include telling you remaining battery life or starting a playlist, or more gym-centric settings like starting a stopwatch or timer.

Speaking of battery, Plantronics boasts 24 hours of use, and surprisingly the headphones pretty much do deliver that. That’s great because it not only makes these easier to use day-in, day-out, but also means if you want to keep them strictly gym-only you’ll only have to charge them once every few weeks.

Charging is over Micro-USB, not the newer USB-C. More surprisingly, so is the wired audio option. Plantronics included a Micro-USB to 3.5mm audio jack cable so that you can connect the headphones to your phone, which it says is a way of improving waterproofing by featuring one fewer port. 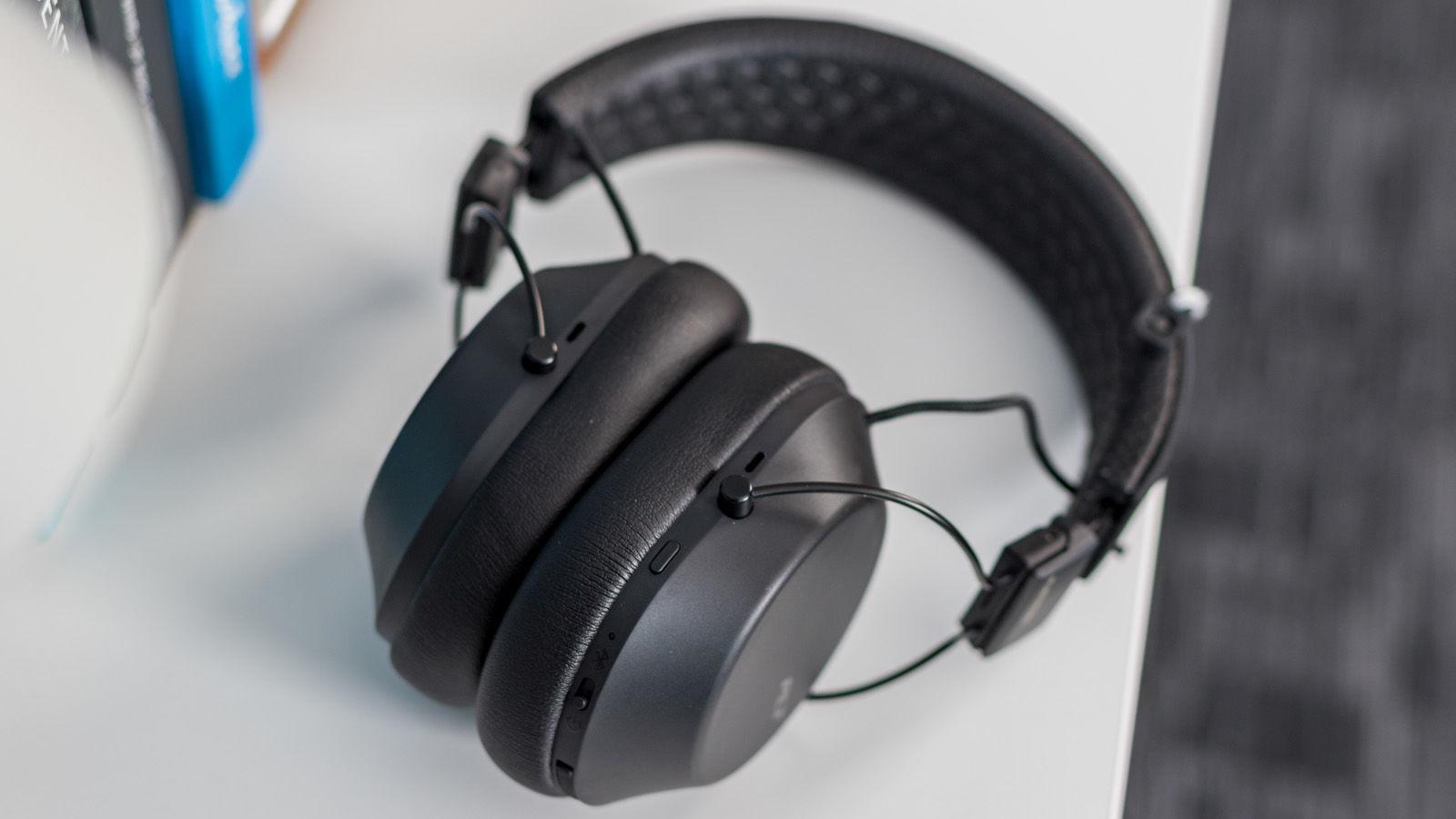 If you’re an over-ear headphone fanatic looking for a dedicated gym pair, or a single set that you can wear all the time, it’s hard to imagine anyone beating the Fit 6100s at this price point.

Just about every feature you might want shy of active noise-cancellation is here, and most importantly it all delivers. And while there’s no ANC, the passive noise cancellation is good enough to manage a noisy gym and let you make the most of the impressive audio quality.

Throw in a sturdy sweatproof design and you’ve got a winner. I wish the headband borrowed the same day-to-day aesthetic as the ear cups, to help sell these as commuter cans too, but other than that there’s really very little to complain about here.