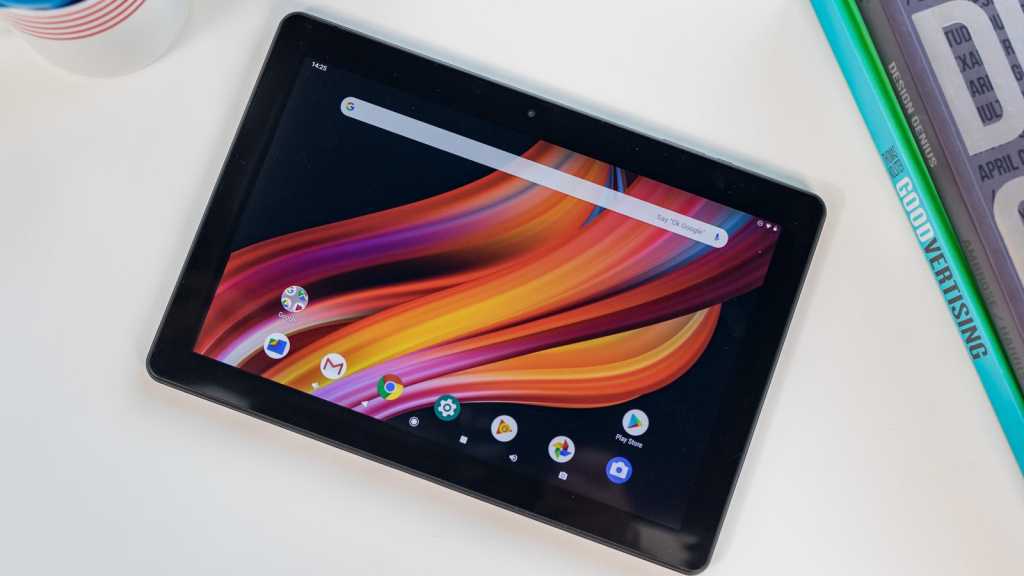 The dearth of truly budget Android tablets meant Vankyo had a great opportunity to make a name for itself. Unfortunately, the Z4 fails to deliver in a number of key areas. It has an extremely dated design, awful performance and cameras that are more frustrating than fun. Even the speakers weren’t up to scratch. With a lot of patience you can get it to work, but there really is no excuse for this sub-par performance in 2019, regardless of the price point. Unless you’re desperate for an Android tablet under £100 there are lots of better options out there.

Vankyo is a relatively new brand in the consumer technology world, having been founded as recently as 2017. Known primarily for its projectors, the Chinese company has recently branched out into tablets.

The Z4 represents one of the four devices in its 2019 lineup, and it is among the most affordable Android tablets on the market. However, low prices don’t guarantee value for money, and this tablet has to deliver in more ways than one if it is to be considered a success.

At the time of writing, the MatrixPad Z4 is available for £77.99. This price seems to be falling each time we check, so keep a close eye on its official website.

Regardless of where you buy it, the pricing puts it firmly in budget tablet territory, going head-to-head with the likes of the Amazon Fire HD 8.

Its key advantage over Amazon’s tablets is a fully featured version of Android, so the closest competitor in that regard is the Xiaomi Mi Pad 4. However, that device is more than £100/$100 more expensive. 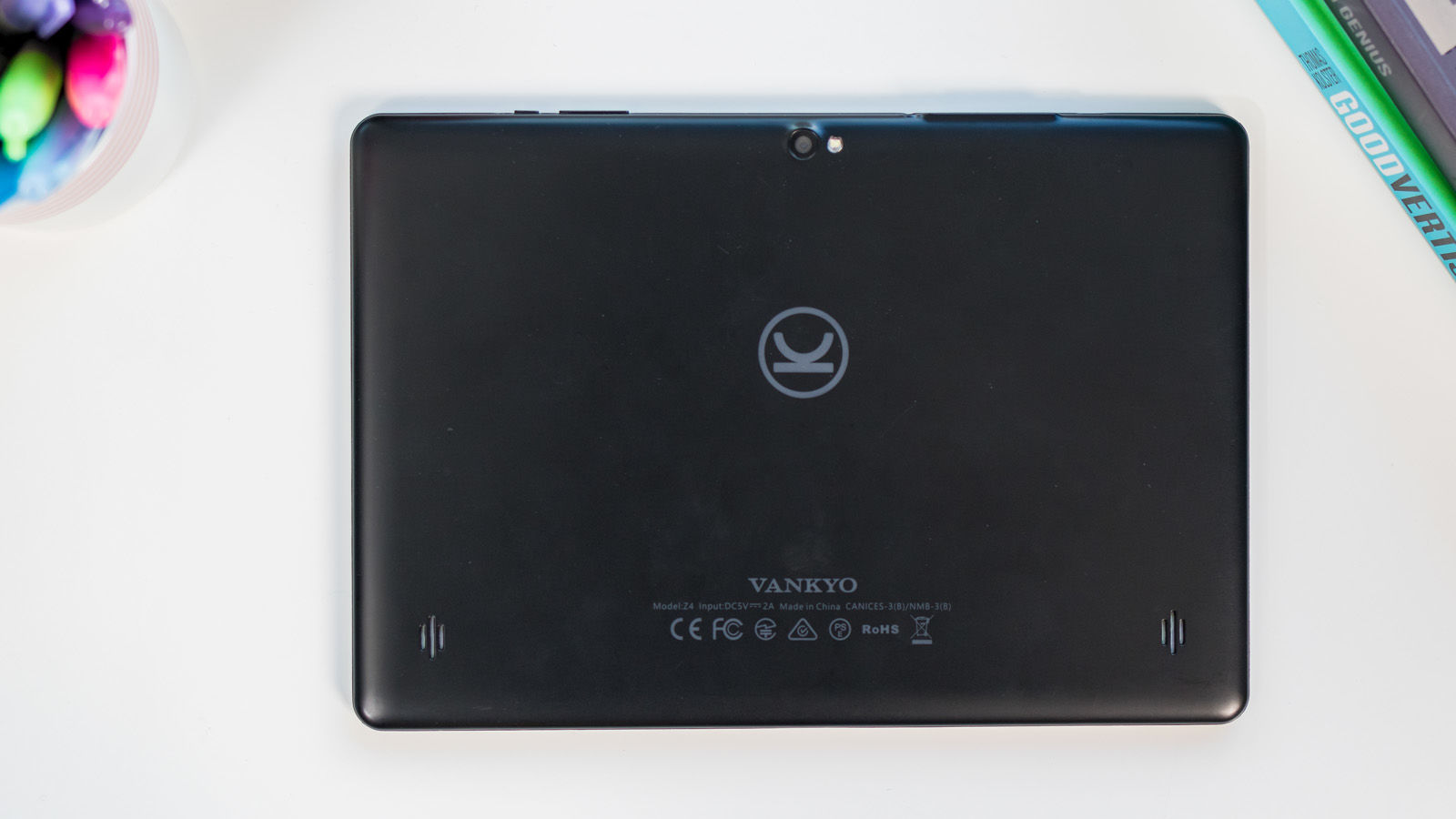 In an attempt to provide premium features for a fraction of the price, Vankyo has clearly cut corners with the design. The Z4 instantly looks dated, with thick, chunky bezels and a plastic exterior.

The 1280×800 LCD display is a similar resolution to the iPhone 11, less than full HD, but its effects are magnified on such a large display. Also, without Apple’s screen wizardry, the 10.1in panel feels very lacklustre. It lacks clarity and detail, with dulled colours missing the vibrancy of higher quality displays.

We also recorded a rather painful maximum brightness of just 165 nits. For comparison, most modern smartphones hit somewhere in the region of 300-400 nits, and even that doesn’t guarantee good outdoor visibility. You can forget about using the Z4 for any extended period of time outside, particularly in direct sunlight.

It’s perhaps serviceable for casual users, but you will notice its shortcomings after any extended period of usage.

The Z4 has a single 8Mp rear camera alongside a flash and some excessive branding. For some reason, the dual speakers are also both located on the back of the device, meaning they’re firing sound away from you. This has a predictable end result, which we’ll discuss in more detail later.

Curiously, Vankyo describes the 32GB of on-device storage as “room for everything”. With smartphones moving to 64 and even 128GB as a baseline, it is clear there’s an appetite for increased built-in storage. It’s also eMMC storage, known to be inferior to industry standard flash memory.

Fortunately, the Z4 features a microSD card slot, so when you inevitably run out of space you can add up to an additional 128GB. This is nice to see on such a cheap tablet, but does mean you’ll have to pay extra for the luxury. These are our top picks. 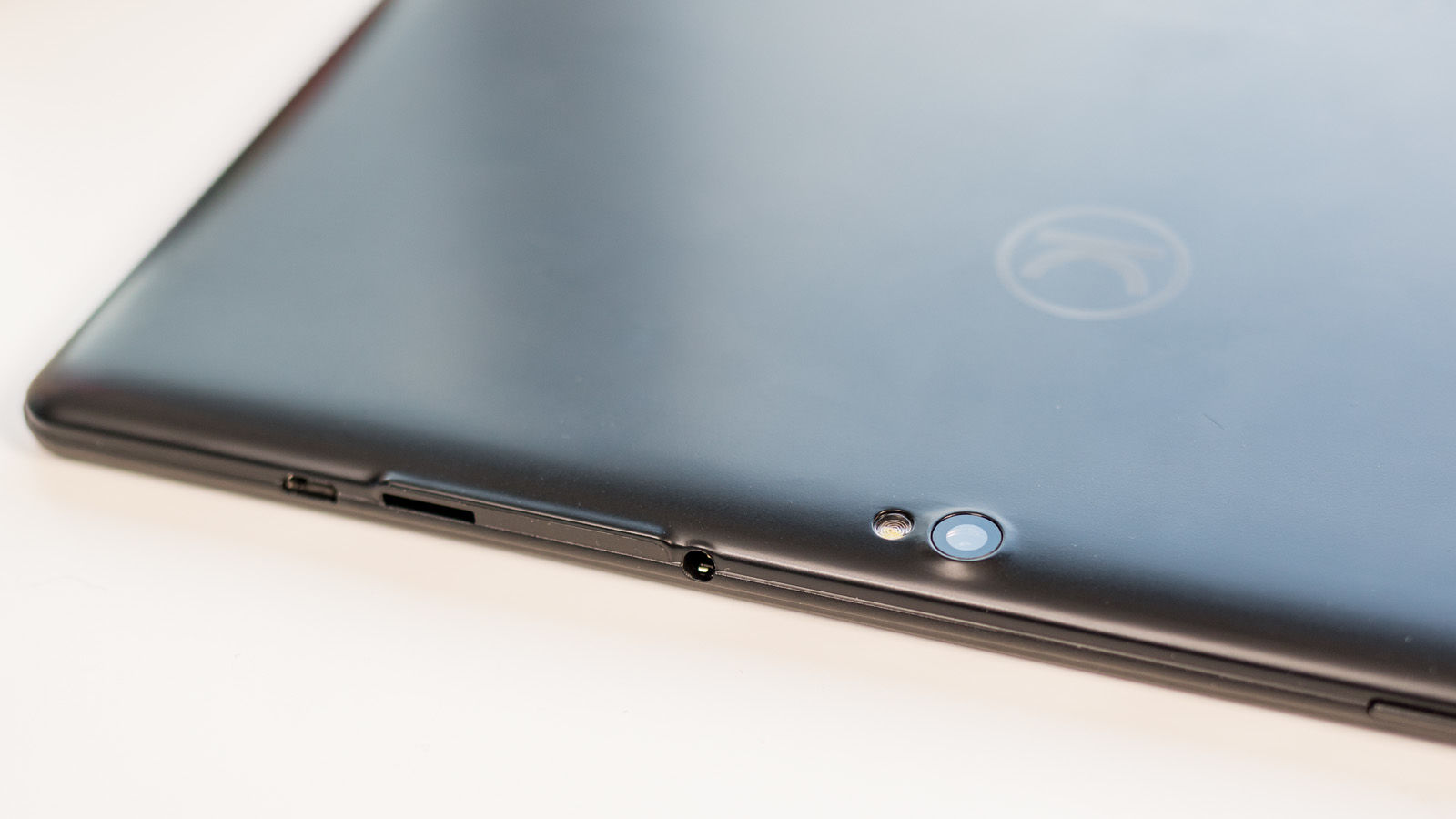 It’s hard to put this tablet’s lacklustre performance into words, so we’ve compared benchmarks to some of its main competitors. This is something we usually reserve for smartphones, but it does a good job at highlighting the disparity in performance.

A number of other observations only serve to emphasise its unsuitability to anything beyond the most basic tasks.

Vankyo hasn’t explicitly said which processor is in the Z4, but according to Expert Reviews it’s a Rockchip RK3066.

We’ve never heard of this chip before, but it’s clear it can’t hold a candle to Qualcomm’s Snapdragon line. The hardware just doesn’t seem capable of running such an up-to-date operating system, particularly with just 2GB of RAM on board.

It’s worth turning off transition animations in settings, because otherwise ‘full speed’ animations lag considerably, feeling almost like slow motion. In a world where 90 and even 120Hz displays are becoming more common, the poor implementation of a 60Hz panel is even more noticeable.

The Z4 teases you at times; performance seems a bit more steady for a while before the frame rate drops horrendously again. This makes it very unreliable and hard to recommend for even basic tasks. Web pages take ages to load, even when browsing on a ~100Mbps connection,

You often have to tap the screen multiple times for it to register, something which takes you back to a time before mobile touchscreens were so good.

You can forget about high-intensity games such as Call of Duty: Mobile. It’s hard to figure out what’s going on, let alone have any sort of success in combat. The game’s loading screen encourages us to ‘be patient’, something which could easily apply when using the device for any task.

The Z4 even struggled to run 8 Ball Pool, although it shouldn’t affect your potting game too much. While this is the perfect size to play mobile games, it’s performance in this area is very underwhelming. It does get noticeably hot too, but this is concentrated to one location where the battery is presumably located. 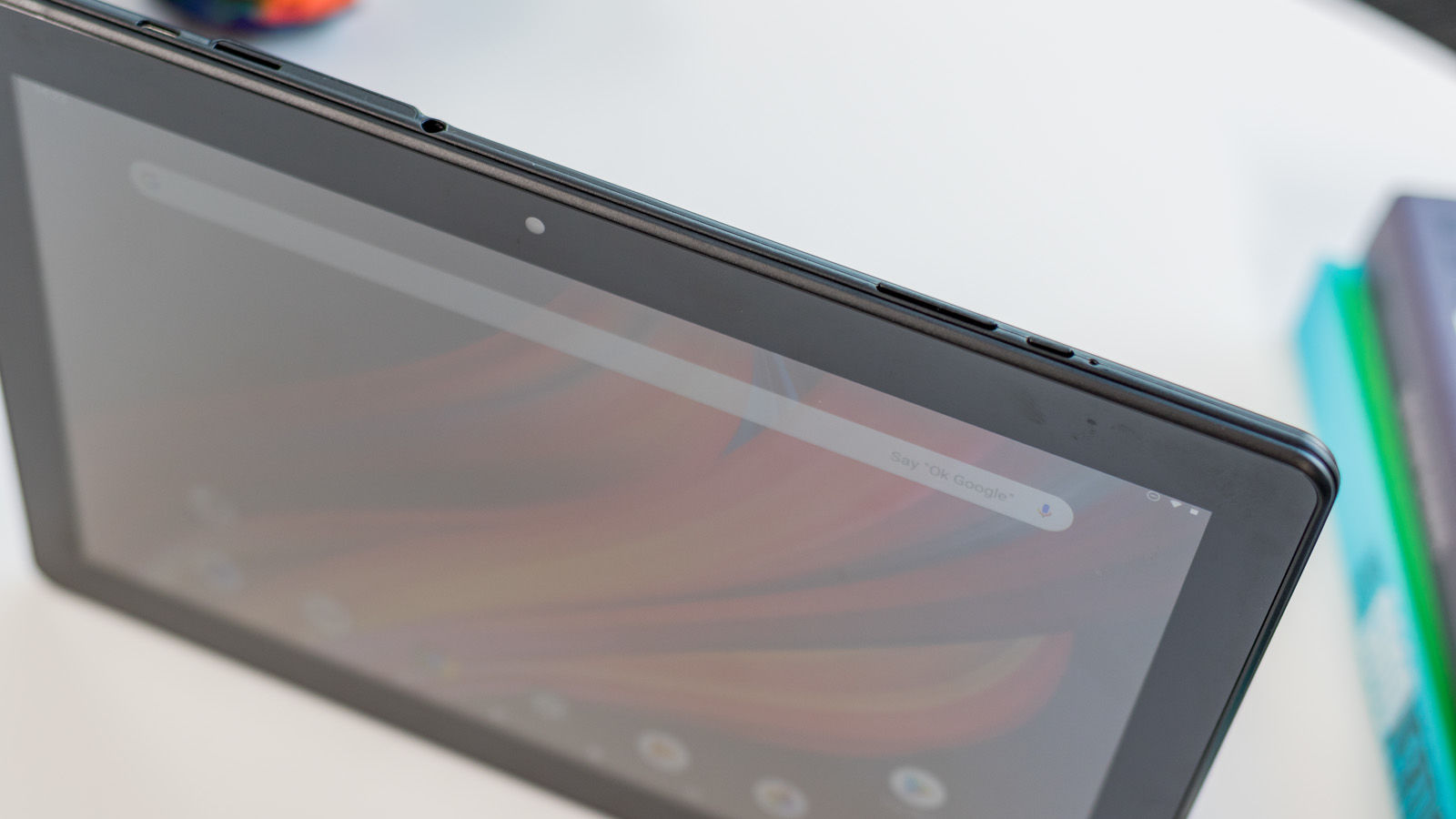 The MatrixPad comes with Android 9 Pie out of the box, and it’s refreshing to see that Vankyo has gone for a close to ‘stock’ version of the OS, complete with full Assistant and Google Now cards. However, it’s important to note that this software is already out of date, with no news yet on whether it will get the upgrade to Android 10.

The Z4 is free from bloatware, and subtle tweaks to the software have achieved varying levels of success.

We are a big fan of the Eye-Health mode, which filters out blue light and adjusts the backlight to reduce eye strain. It seems more effective than comparable features on other devices, perhaps because it uses technology that simulates an E-Ink display. In this situation, the low brightness works in its favour. 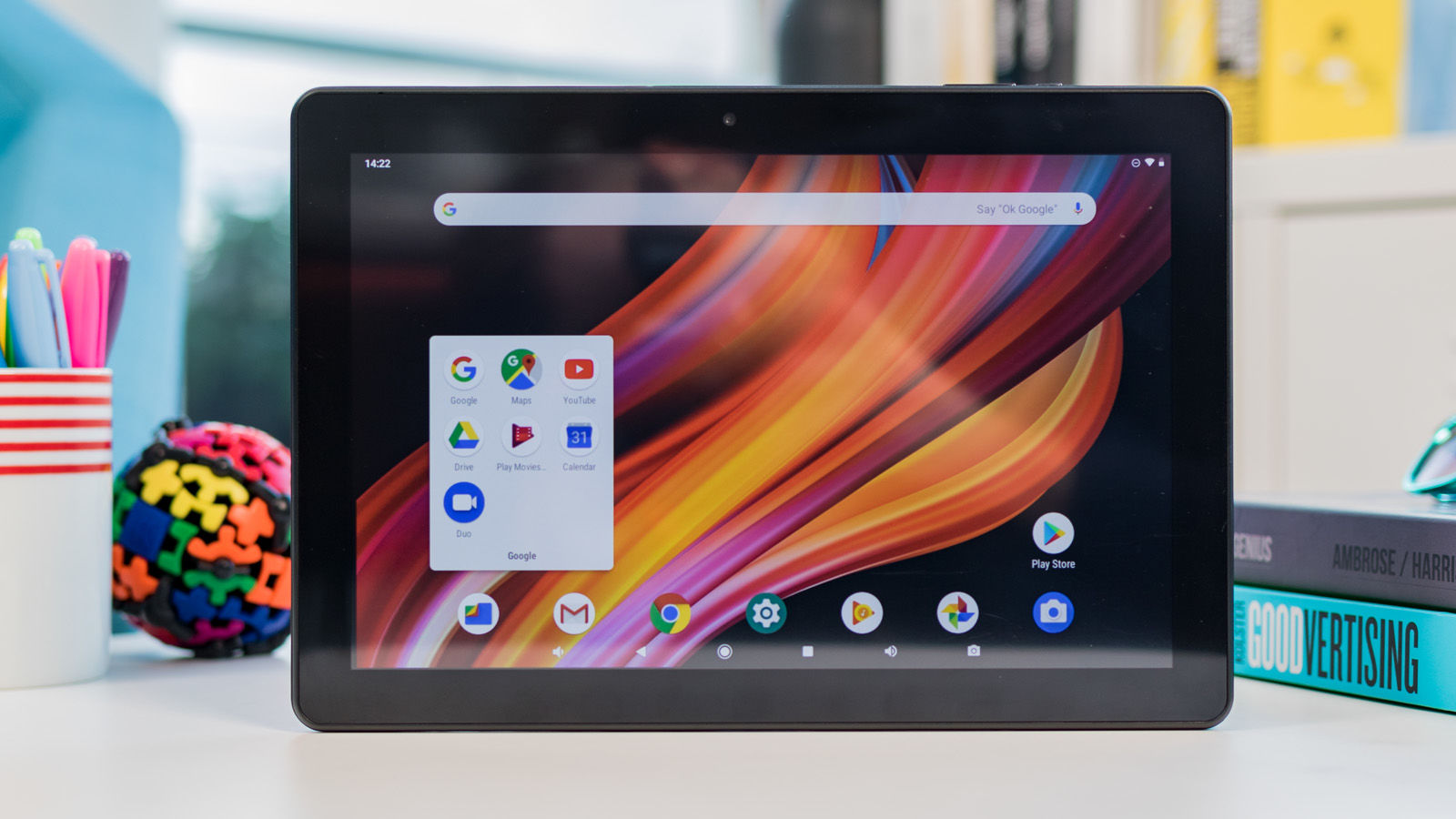 However, we don’t like the design of navigation bar. While it would have been nice to have the option for gestures, what’s more annoying is the always-present volume controls and screenshot button. We found ourselves accidentally triggering these more often than using them for their intended purpose. It seems a curious decision when both options are at most a couple of clicks away.

There’s dual speakers on the back of the device, but as we said before these are firing away from you. The sound quality isn’t terrible, but the speaker’s size and position means audio is has a significant echo which can muffle some sounds.

It’s definitely more adept at vocals than music, but we just can’t understand why Vankyo wouldn’t include front-facing speakers, particularly as there’s a half-inch bezel all the way round the screen. .

Now we can’t imagine (nor do we recommend) that you take photos using your tablet regularly, but the camera here is not worth even the occasional shot. Exposure is typically good on the rear 8Mp sensor, but you lose dynamic range and images seem quite washed out. The front-facing camera is obviously tailored towards landscape video calling, but the 2Mp lens produces blurry and overexposed images.

One of the areas you’d expect the Z4 to excel in is battery life. Vankyo is quoting 8 hours of video playback, but that declines sharply once you start browsing the web or gaming. We found performance to be roughly in line with the claims, but were hoping for a bit more considering the low resolution screen.

There’s no fast charging here, so using the micro-USB cable in the box you should get a full charge in about 3 hours. 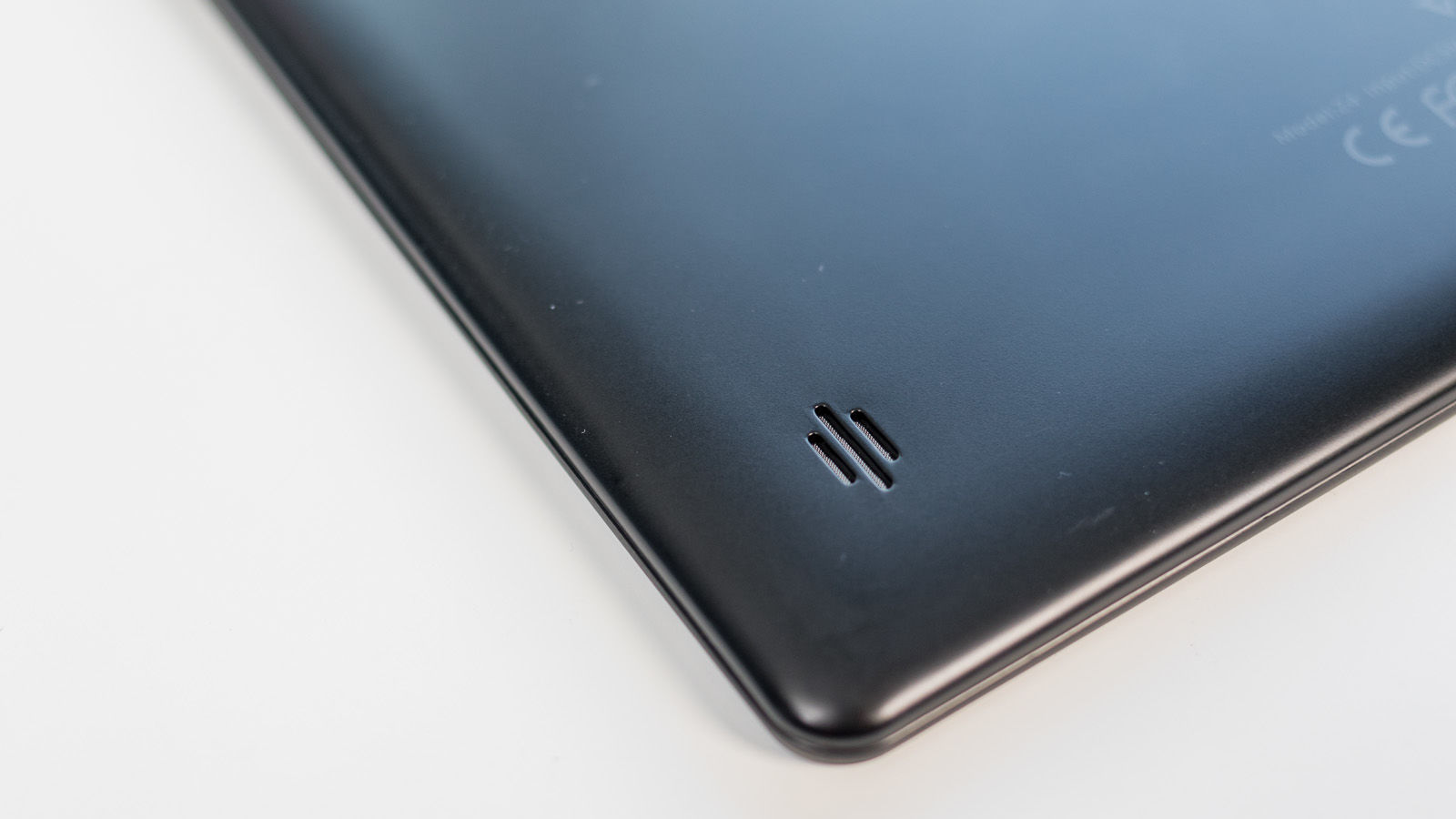 In theory, the Z4 could have been a really compelling device. There aren’t many truly budget tablets running a recent version of Android.

Unfortunately, Vankyo has cut too many corners for this device to be considered a success. Performance is poor across the board, while the design looks instantly dated. It does feel durable and it’s nice to have a near-stock OS, but these positives are few and far between.

We can’t think of any task where it would be valuable to have this tablet around. For many people, their existing phone or laptop will offer a vastly superior experience, while if you’re set on a similar form factor try our best budget tablets chart.