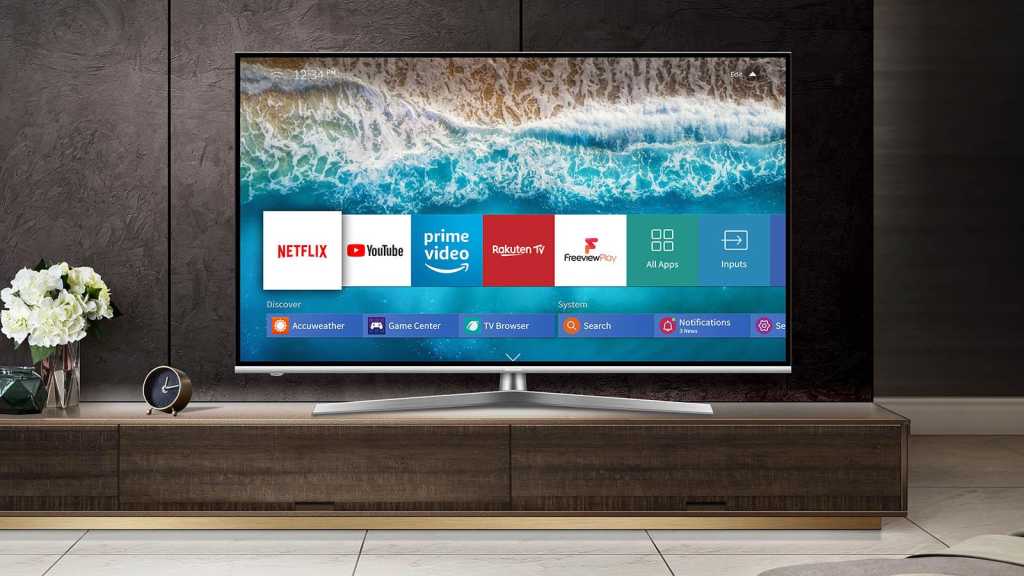 If you’d like a large 4K HDR-capable TV but need to control the budget, then the Hisense U8B was made for you. Well-engineered, reasonably specified, with an effective interface and decent sound output. Videophiles will pick holes in the local backlighting and Dolby Atmos implementation, but it’s harder to argue against the price.

While still not the household name that Samsung, LG and Sony have become, Hisense is now a much more recognisable to the buying public than it was a few years ago. And, it has a reputation for making hardware that looks more expensive than it is and that performs better than the price would imply.

Having lured many soccer keen buyers with its official ‘World Cup 2018’ TV, the U7A last year, the new U8B addresses many of the prior model’s shortcomings, while undercutting that products launch cost.

The U8B is in the middle of the U9A range and partly replaces the earlier Hisense U7A model. The U7A was available in 50-, 55- and 65in, but Hisense hasn’t bothered with a 50in U8B model, making the only options either 55- or 65in.

The 55in model reviewed here is designated the H55U8ABUK and can be found for £599, where the 65in H65U8ABUK costs £799. These designs are available across Europe, and similar models possibly with slightly different specs can be found in other regions.

Availability is wide, and you’ll find the TVs stocked by John Lewis, Currys, AO and  Amazon. If you want something even cheaper, we’ve tested the Hisense B7500.

For more alternatives, check out our chart of the  best TVs you can buy.

What struck us first when we removed the U8B from its packaging was that this isn’t a cheaply made device and exhibits many of the more refined construction methods that we’ve come to associate with Samsung, Sony and other mainstream brands.

While there is a thicker section lower down, the main panel is only 9mm thick for the most part and presents a very thin aspect when viewed from the side. At its thickest point it is only 53mm, achievable because of edge-based backlighting.

Because of how thin it is, Hisense designers may have been concerned that some customers would try and mount the U8B directly on a wall without a gap, and placed a couple of mushroom-shaped projections on the back to stop it ever being completely flush with any surface. Without that small separation the screen might easily overheat, and the rear-facing speakers wouldn’t be able to generate the volume and clarity they exhibit.

The screen comes with a narrow chevron support foot that connects at the centre of the panel, but it can also be mounted using a frame that supports a VESA 400 x 200 layout.

In the box are two remotes, oddly. These have almost identical features and are different in only that one is expensive looking and made of metal, where the other is entirely plastic and cheap. We’re unsure of the logic of providing two, but we’d be surprised if most customers didn’t use the metal one and relegate the plastic version to a drawer for emergencies.

4K TV’s aren’t expensive these days, but ones that support HDR and other special features still carry a premium. What the Hisense U8B attempts to do is move that threshold to HDR viewing down a notch and deliver many of the high-end features that big brand names use to justify their more expensive options.

Included here are Dolby Vision HDR, HDR10 and HLG compatibility, but it lacks HDR10+ and the colour gamut only represents about 74% of Rec 2020. But very few screens offer the full Rec 2020 scope, and this LG-made panel has dramatically more colours than any TV that isn’t HDR10 compliant.

Colour gamut isn’t the critical weakness of this design; it’s the localised backlighting.

Hisense quotes 1000 nits of backlighting, but that’s slightly misleading as at full brightness this panel can only generate around half of that amount nominally at best. The extra light comes for a localised lighting system where the screen is zoned up, and more is directed to a specific area for a limited amount of time.

Imagine a scene where our intrepid FBI agents are investigating the spooky house with their guns drawn and flashlights directed into the darkness. As they turn a corner, the flashlight is directed into the camera, and then localised lighting makes that part of the screen substantially brighter to emulate the light coming from it.

How this feature is implemented on the U8B can be problematic, as it doesn’t help pick any details out of the shadows and because the highlight blooms rather noticeably. And, if the content is framed the light leakage can extend over the edge of the picture into the borders.

However, these things might be obvious to a reviewer looking for faults but are generally lost in the highly colourful mayhem of Thanos getting a dusting, or any action movie with the word ‘Furious’ in the title.

And, oddly for a panel that uses IPS technology, this screen is sensitive to viewing angles. The more you move away from perpendicular, the more washed out the colours become. This defect won’t be a problem for those that are within about 45 degrees left or right of centre, but more acute angles are noticeably affected.

In short, this has most of the HDR icing but lacks the cherry on top.

In addition to supporting Dolby’s Vision HDR standard, Hisense also embraced Dolby Atmos and Dolby Audio enhancements, and the dual 10W internal speakers deliver enough sound that most people won’t need a soundbar, which is a nice surprise for an affordable TV.

The computing platform in the U8B is Android, and over that Hisense has the Vidaa U interface, that in this design has reached version 3.0.

We liked this mechanism to access the settings, streaming services and media playback in the U7A, and it is even better now. Samsung designers should look at what Hisense did with its menu because it more successfully focuses on what the customer is likely to access, and not the services that the hardware makers are invested in promoting.

Both remote controls have buttons for direct access to Netflix, Amazon Prime, YouTube, Rakuten TV and Freeview, and the Vidaa U has these and all the localised streaming services. In the UK this includes BBC iPlayer, ITV Hub, All 4 and Demand 5, among others.

The apps for Amazon and Netflix work very well, and on Amazon automatically upgrade to 4K if the contents have that option. The Netflix app will realise that you can show 4K and give you the option to spend the extra each month to see the shows at that resolution.

The only issue we ran into was that occasionally with 4K shows on Amazon we lost sound sync very slightly, something we could easily fix by temporarily disabling motion smoothing.

We tried a wide range of file formats and codecs, and the U8B worked flawlessly with all of them. MKV packaged files with X265 or X264 encoded data display perfectly, although we’d recommend using a wired LAN connection if you have UHD content over a WIFI connection.

The more we used the Hisense U8B, the more we liked its build quality and straightforward interface.

It doesn’t generate enough backlight nits to be HDR10+ compliant, and the implementation of Dolby Vision is hampered somewhat by the primitive methods of how local lighting is achieved. But at this price, it is impossible to ignore that this a very big and colourful TV with excellent built-in sound and a smart interface that connects you to the important streaming services and locally stored media.

Those are the critical boxes that people need ticking, and the HDR modes are merely the icing on this presentation cake. It’s also useful for gaming unless a 30-35ms decode is an unacceptable level of lag for your FPS skills.

We’d of liked more detail in the shadows, and occasionally the interpretation of SD content is excessively saturated, but no TV is perfect in this respect.

The main competitors for the U8B are the Sony’s BRAVIA KD55XG81, Panasonic TX-50GX800B and the LG 55UM7100PLB. Of these, the LG is cheaper, and the latest version includes an Echo Dot. The Panasonic is only 50in and more expensive, and the Sony cost much more but has superior direct LED backlighting.

We’d be drawn to the price of the LG if a significant number of people hadn’t remarked how slow the interface of that model is. With that in mind, unless you want a TV that impresses a video engineer, the Hisense U8B is an excellent choice, and dramatically better than its low price would imply.

The review hardware was the 55in model, and that’s big enough for most European homes unless you live in a Chateau. But if you have a lounge that’s at least 12ft (4m) deep, then we’d recommend spending the little extra and getting the 65in model.