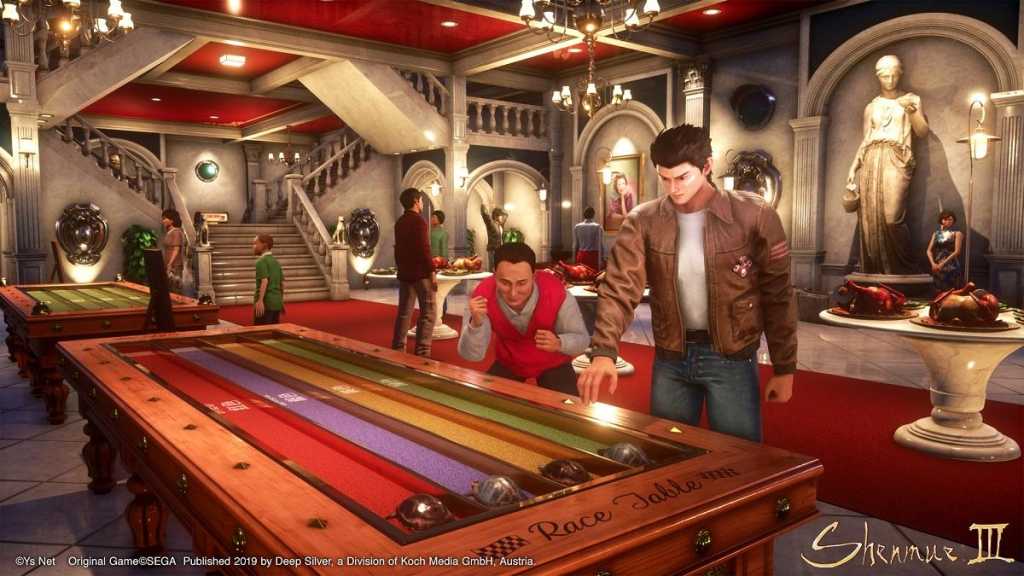 For 99 percent of people, we’d recommend giving this a miss. There are better games out there and what Shenmue 3 does do well, largely the world and the process of digging into it, is ruined by the many many things it doesn’t quite pull off. If you’re a big fan of immersing yourself in a world or you loved the earlier Shenmue games, go wild, but your money would be spent better elsewhere.

When it gets wet and cold, I get mould on the exterior facing wall of my bedroom. It doesn’t bother me, I can clean around it and you know… my flat is just old and a bit crap. It’s a bit of a pain, but you can kind of understand why it happened: despite best intentions, it’s just worn down and showing its age.

Then, of course, there’s my shower. The head is bust. You can understand why it happened, the same reason as the mould really. Regardless, this and a number of other issues make my flat kind of annoying to live in as they all pile up.

Why do I bring up my story of accommodation woes? Well, that’s Shenmue 3 in a nutshell. It feels old and a bit crap, and even though it’s easy to understand why some of the things in it are so annoying, it doesn’t stop them from being annoying, especially when several big problems are stacked on top of each other.

Much like my fairly decrepit flat, I don’t hate Shenmue 3, although in many ways it annoys the hell out of me. 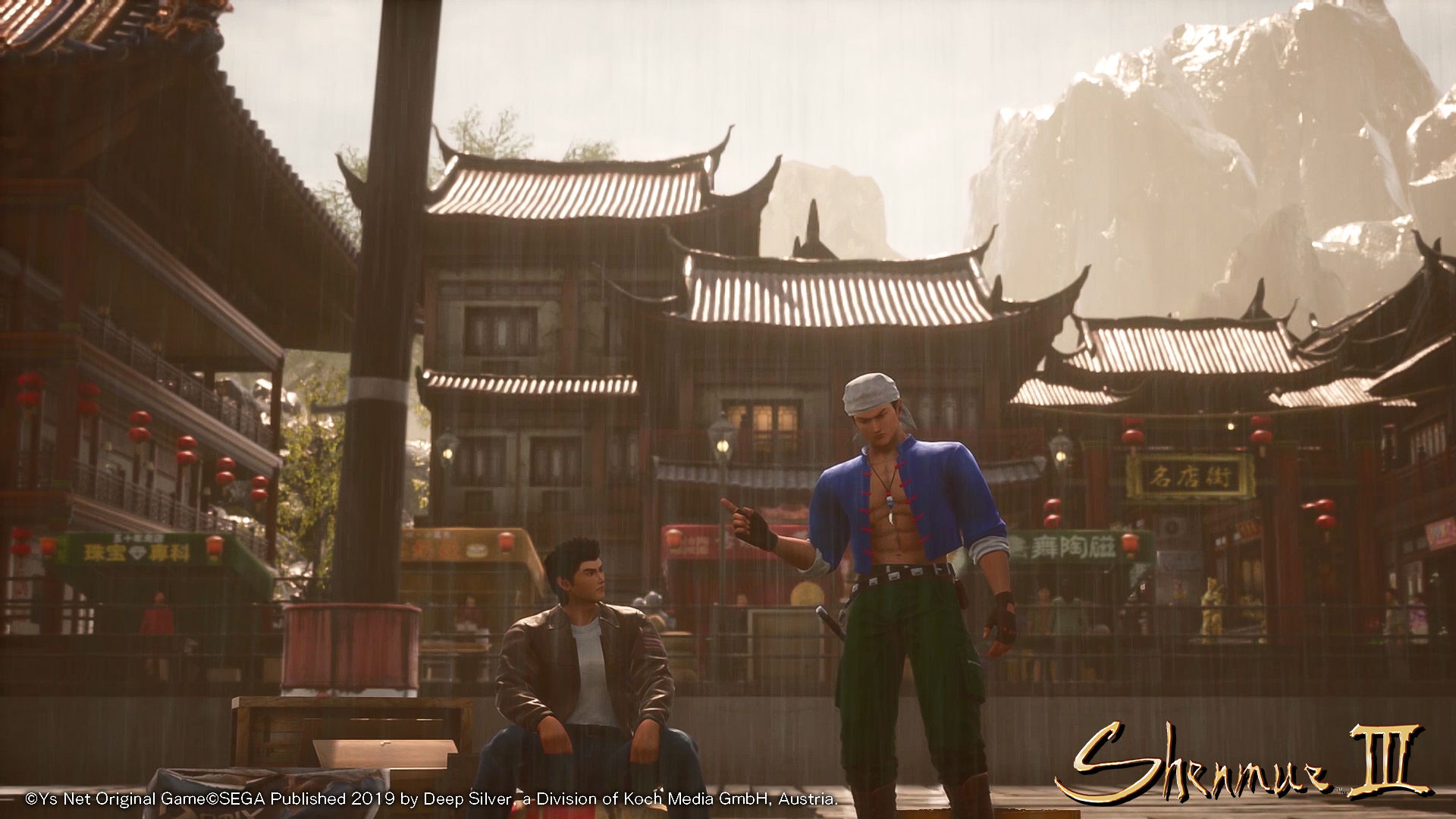 The game picks up the story of Shenmue and has you playing as Ryo Hazuki, a man who thinks a loud jacket and cool haircut make up for a black hole of a personality, as he hunts for the man for offed his dad.

Shenmue 1 (released in 1999) and 2 (released in 2001) have already given us the broad strokes of this conspiracy: Ryo has bumbled around Yokosuka and Hong Kong trying to find the villainous Lan Di, who is responsible for the murder. There’s some other stuff around mirrors, and you get to go to Kowloon Walled City for a bit along the way too.

All in all, it was a pretty good time.

Now, 18 years later, Shenmue 3 is looking to continue that trend by taking you to the mountains of Guilin, China, a big ol’ distance from the bustling cities you existed in for these previous games.

There’s a certain charm to the sleepy villages you explore, while the same music loops in the background and every character looks like an action figure, with impossible legs leading to awkward torsos and ridiculous limbs.

Graphics aren’t everything though, and aesthetically there’s a distinctive style to Shenmue 3, which is more than can be said for a lot of games. Unfortunately, the game stumbles a little more when it comes to its voice acting and performances. 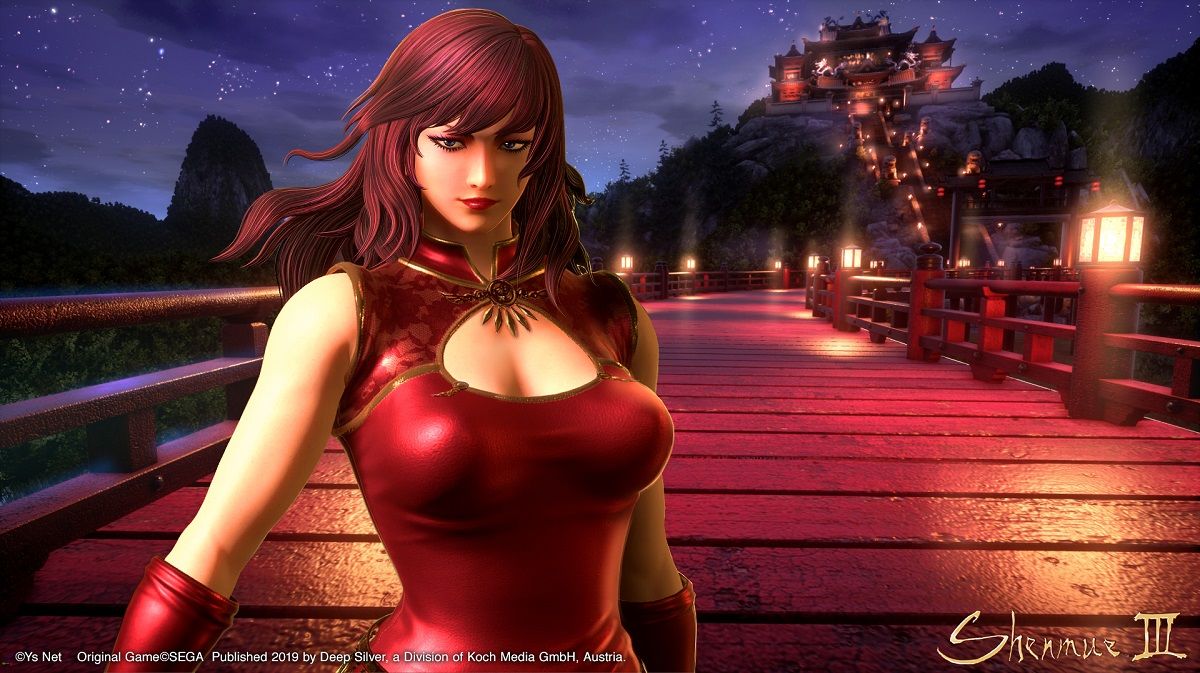 Maybe he was just overly impressed with his jacket, but Ryo never seems to show any emotions: he’s a blank slate by day and only seems to reveal any information on how he thinks or feels in the evening when chatting to other characters before hitting the hay.

No one else is in any real danger of showing personality and these performances are remarkably wooden, with characters often showing emotion through weirdly pronouncing their words or just delivering the lines in stilted awkward chunks.

It gives the game a distinctly B-movie feel that grated on me, but from there it gets into real good news / bad news territory.

Check out the best upcoming games of 2019.

First, the good: Shenmue 3 meaningfully improves on its two predecessors in just about every way. It’s ponderous and exploring the world is exciting if you have the patience to get through the game, and the ability to tune out the frustrating background music that has infested my dreams.

You will find out more of Ryo’s story here and the game is much friendlier and telling you what to do, as well as letting you fast travel or skip time to do it. It’s more respectful of your time, even if the flip side is you no longer find the weird distractions while you’re trying to kill time, unless you’re looking for it. 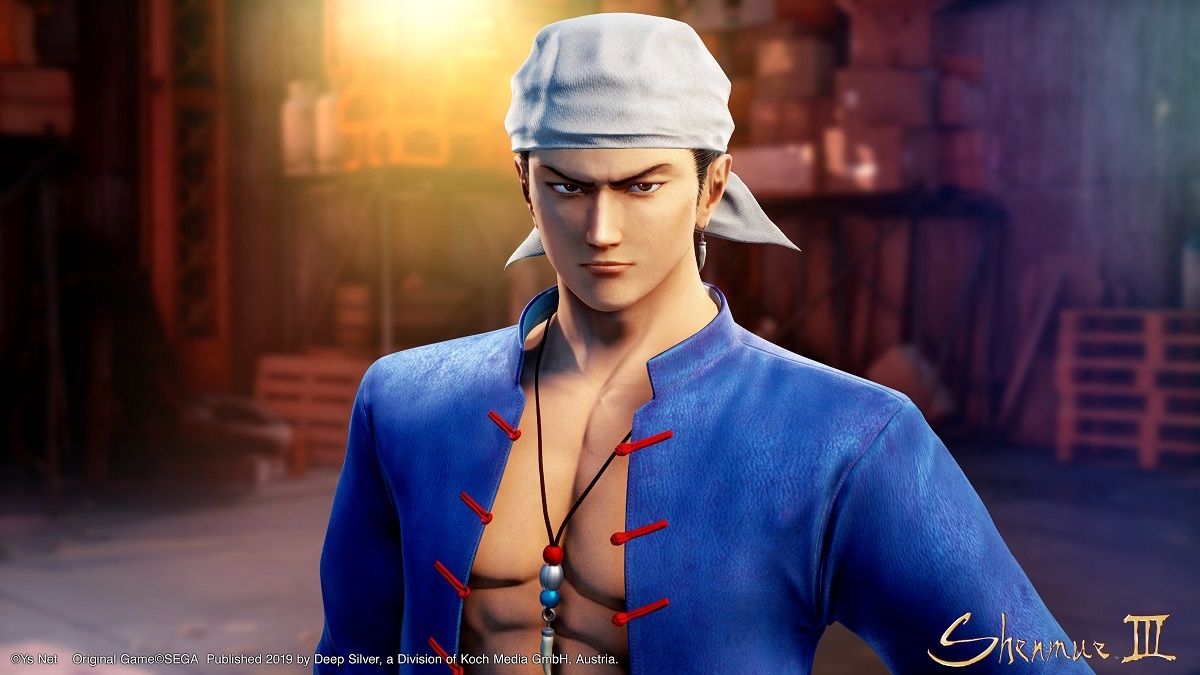 Combat is decent, although the UI is shocking with on-screen text looking like something out of a budget-bin 2004 fighting game. However, the animations are decent and while button bashing is often how I progressed past earlier fights, you start to get to grips with it later, just in time for the brawls to get a little more difficult.

Overall, it’s a more user-friendly experience. If you’re loved Shenmue in the past, you can love it here too.

A game out of time

The bad news is that, despite the fact it feels more advanced than its predecessors, it doesn’t feel too advanced and the game feels like it was designed in 2004, with all of the problems inherent in that. It’s a difficult game to enjoy out of the box: the looping music and sleepy tone risked sending me to sleep during several sessions and while exploring this world is satisfying, engaging with that world was often tedious.

Shenmue is a game out of time. Released shortly after its predecessors, it would have been an excellent addition to the pantheon, but gaming has changed a lot since those times, and while you might be nostalgic for a glacially-paced detective game in theory, in practice I found Shenmue 3 a difficult game to love, and even harder to enjoy.

I want to like Shenmue 3 desperately. There’s clearly a strong aesthetic vision here, and while not every bold choice comes off, you have to respect that Ys Net took a swing.

Sadly, Shenmue 3’s crime isn’t its bad choices, but the constantly visible cut corners, a side effect of trying to follow up the most expensive game of all time with a crowdfunded sequel.

The project would have been better served with a tighter scope, but that wouldn’t feel like Shenmue, so here we are, a half-baked follow-up to one of the most beloved gaming franchises of the last 20 years.