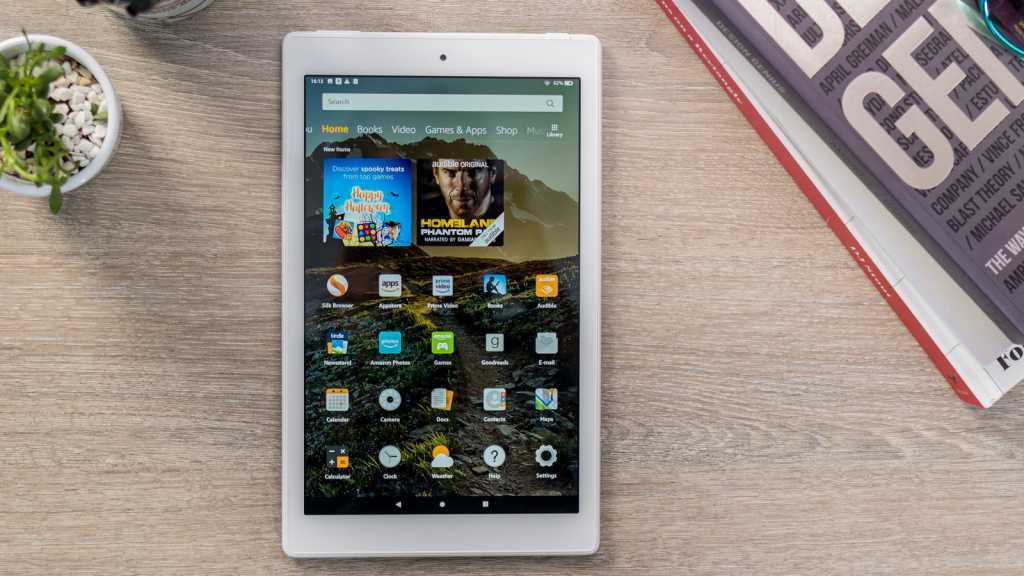 Still one of the best-value 10-inch tablets around, the 2019 version of the Fire HD 10 is a great choice, so long as you don’t need Google services

It’s been two years since Amazon last updated its biggest tablet and, colours aside, it still looks exactly the same as ever. A chunky screen bezel and plastic finish seemingly can’t be avoided at this price. But as budget tablets go, this is one of the best.

The white finish makes a return (it was available on the 2015 model) but this time there’s a white screen bezel to go with it which does a lot to improve the aesthetic. It still doesn’t look like a premium device and if you don’t like white you can still get it in black or the Twilight Blue and Plum hues which match the colours available on the 2019 version of the smaller Fire 7 tablet. 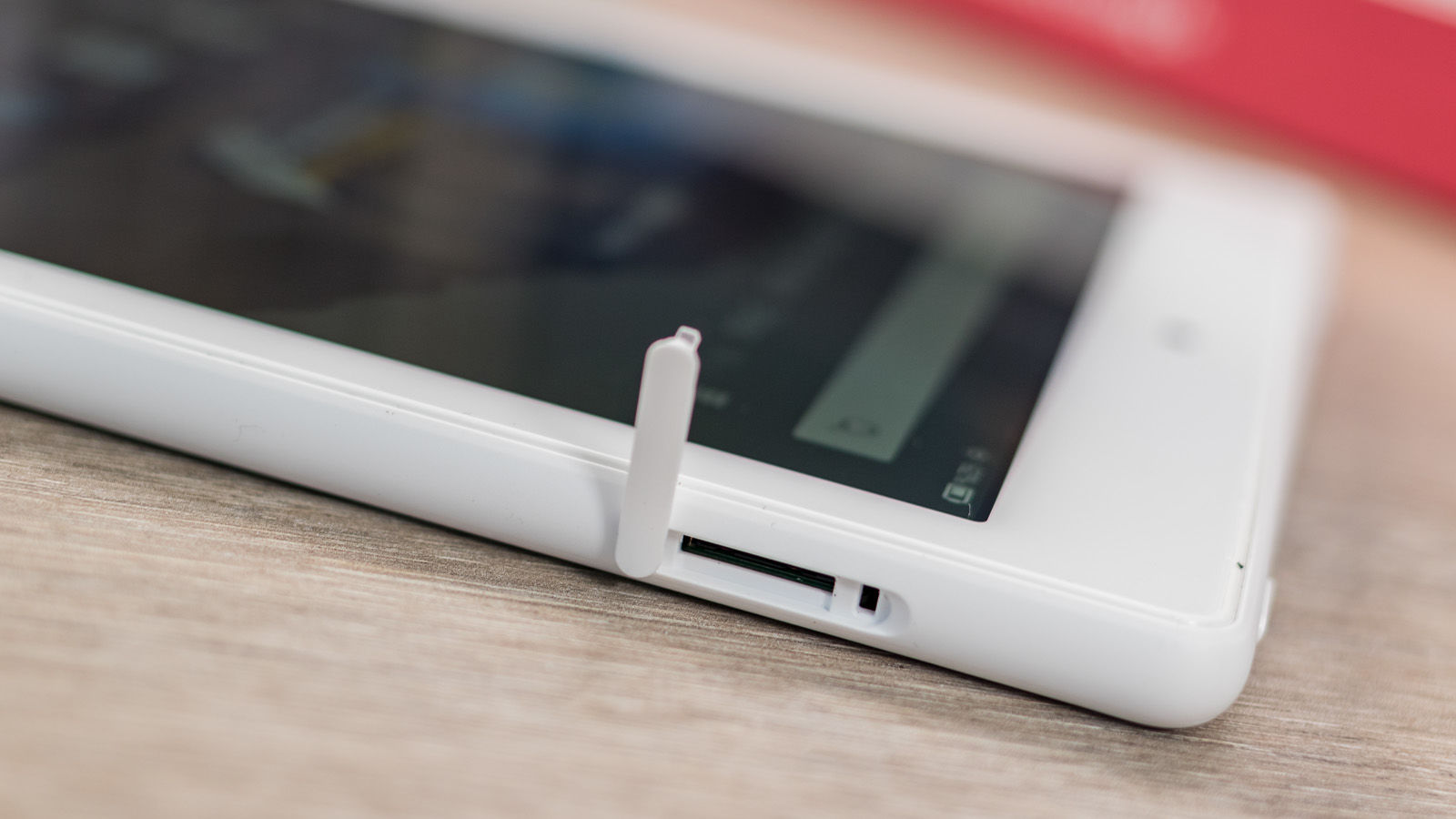 Don’t forget, you get ‘special offers’ on the lock screen by default and you can pay an extra £10 / $10 to remove these before you add the device to your cart on Amazon’s site.

There’s a Kids Edition available too. This only comes in a black 32GB model, but as usual you get a bumper case, two-year warranty and 12-month subscription for Fire for Kids Unlimited (FreeTime Unlimited in the US). The Fire HD 10 Kids Edition is £199.99 / $199.99 from Amazon.

Unlike the Fire 7, with its 7in non-HD screen, the Fire HD 10 does what it says: it has a Full HD 10in screen. It’s a perfectly good IPS screen which is bright enough, has great viewing angles and good colours.

What’s new is an octa-core processor which makes the HD 10 more responsive. The previous quad-core model wasn’t exactly a powerhouse, and it did get a bit frustrating at times to have to wait for stuff to load, even Settings screens. 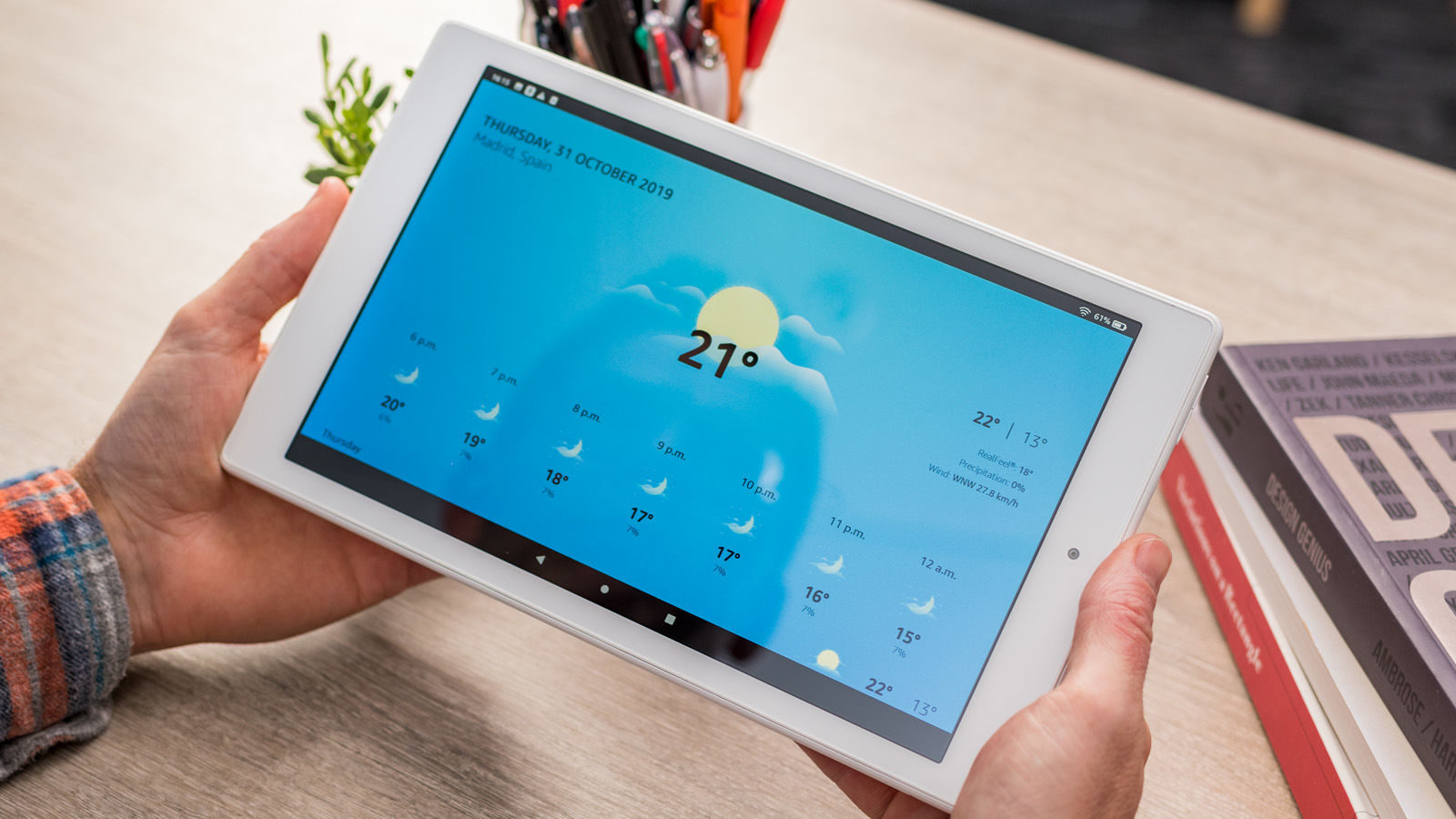 As before, Alexa is hands-free so you can ask her a question even if the screen is off and the tablet locked. And she can control smart home gadgets, bring up the video feed from compatible security cameras, add items to your shopping list and all other usual stuff.

Oddly there’s no support for the Show Mode Dock, so you can’t turn your tablet into an Echo Show as you could with the previous generation. Alexa still displays the same sort of graphics you get on an Echo Show, though, such as a weekly weather forecast, and you can enable Show Mode.

Most people won’t care about the dock, however, and there are other compelling updates here. One is the switch to USB-C, so you no longer have to flip the hateful microUSB cable three times before it will go into the charging port. 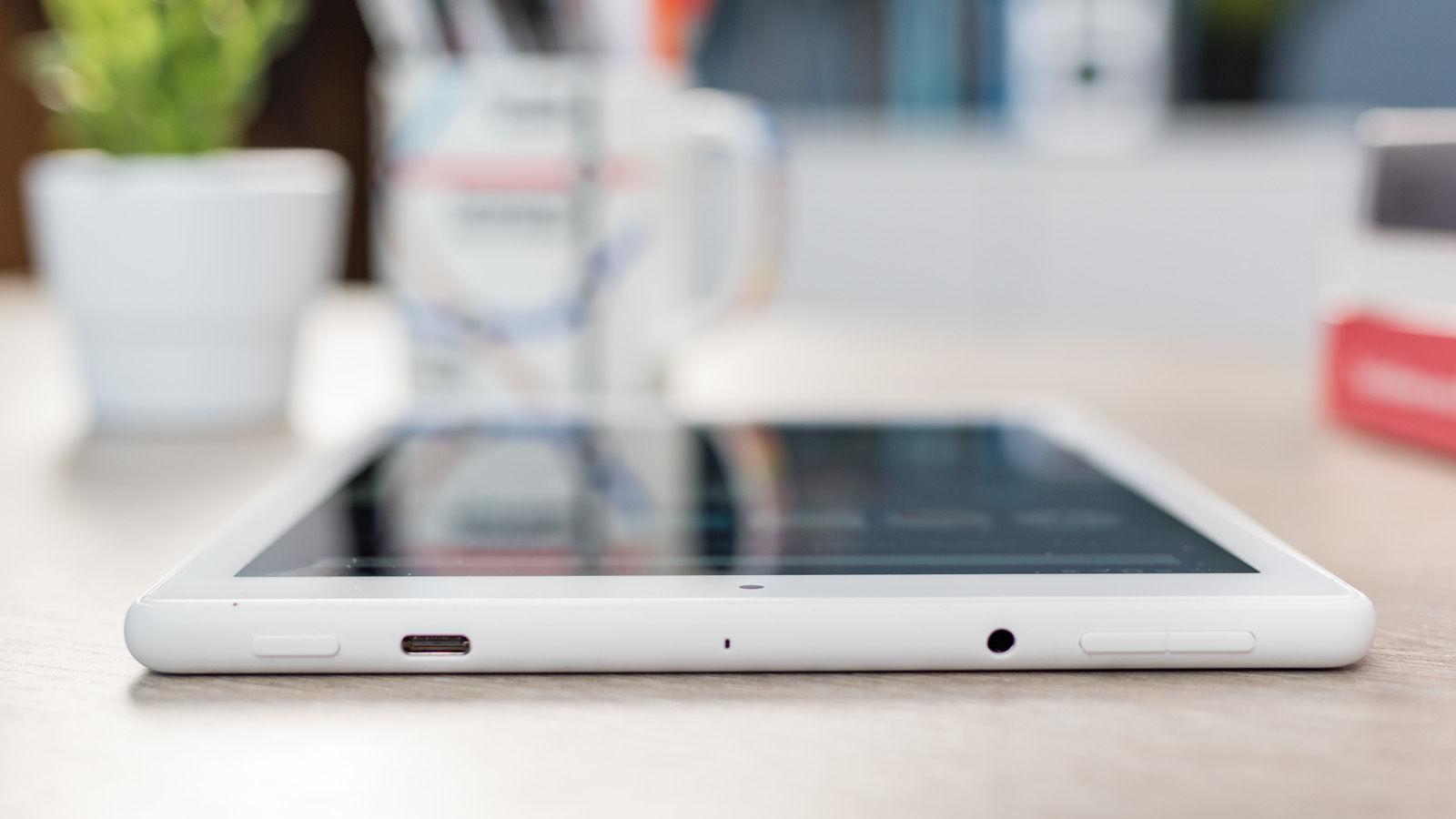 USB-C also brings faster charging, although you’ll need to buy a 15W charger to get a full recharge in three hours. The supplied 9W adapter increases this to four hours.

Battery life has increased by two hours to a total of 12 hours of mixed use. The previous model offered an extra two hours over its predecessor, so the latest 9th-gen Fire HD 10 lasts an impressive four hours longer than the seventh-generation.

In other areas, there are no changes: you still get a standard headphone jack and decent stereo speakers, and there’s dual-band Wi-Fi and Bluetooth. Unfortunately, you also still get the same below-par 2Mp cameras on the front and rear. 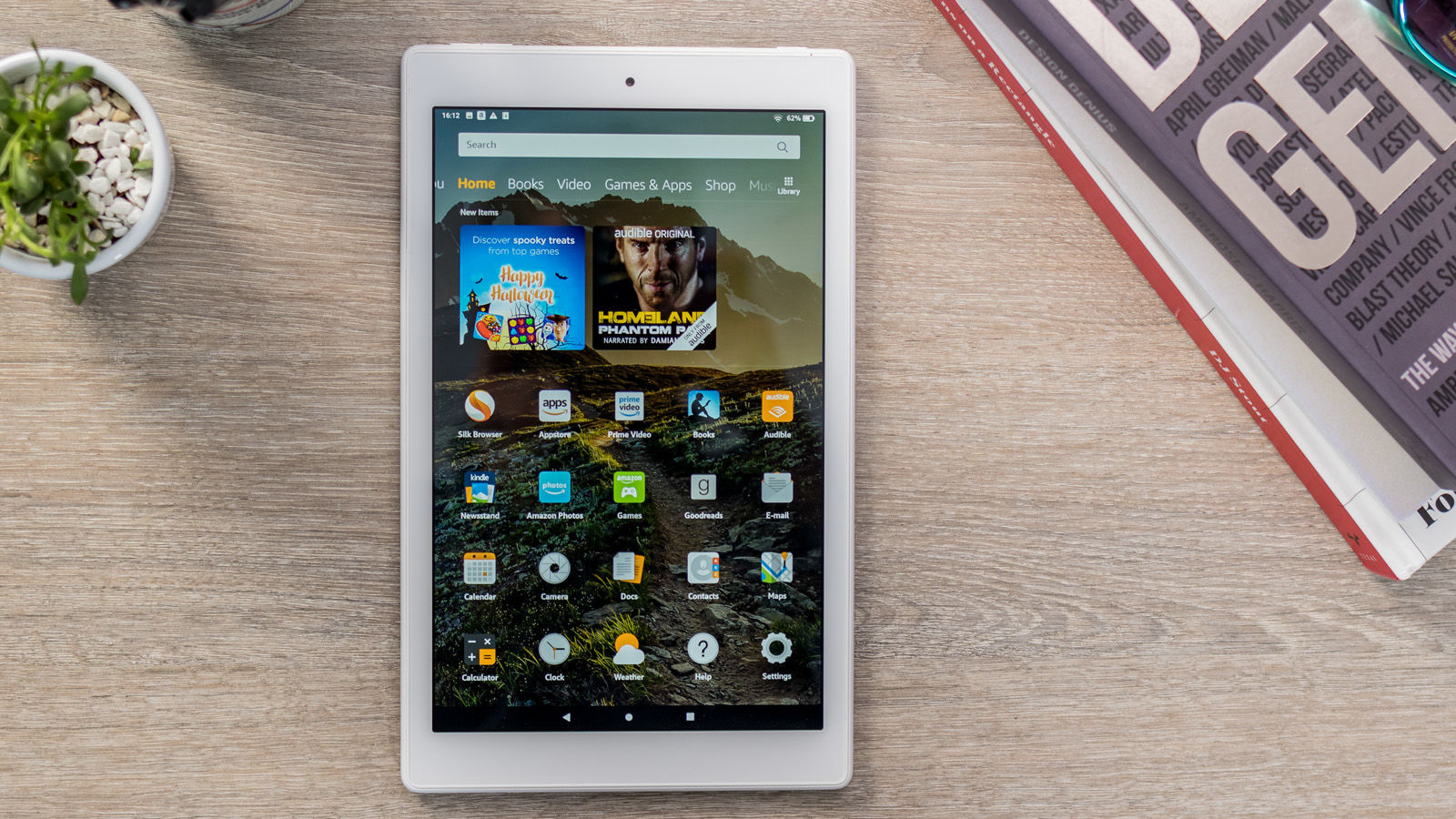 If this is your first foray into the world of Amazon tablets, it’s crucial to understand they’re not Android tablets, despite being based on Android.

The interface is designed to push you to using Amazon’s services such as Prime Video and Kindle and Audible books. It also directs you to Amazon’s store to buy physical products and, as mentioned, will display various offers (or, as they are better known, adverts) for products on the lock screen. 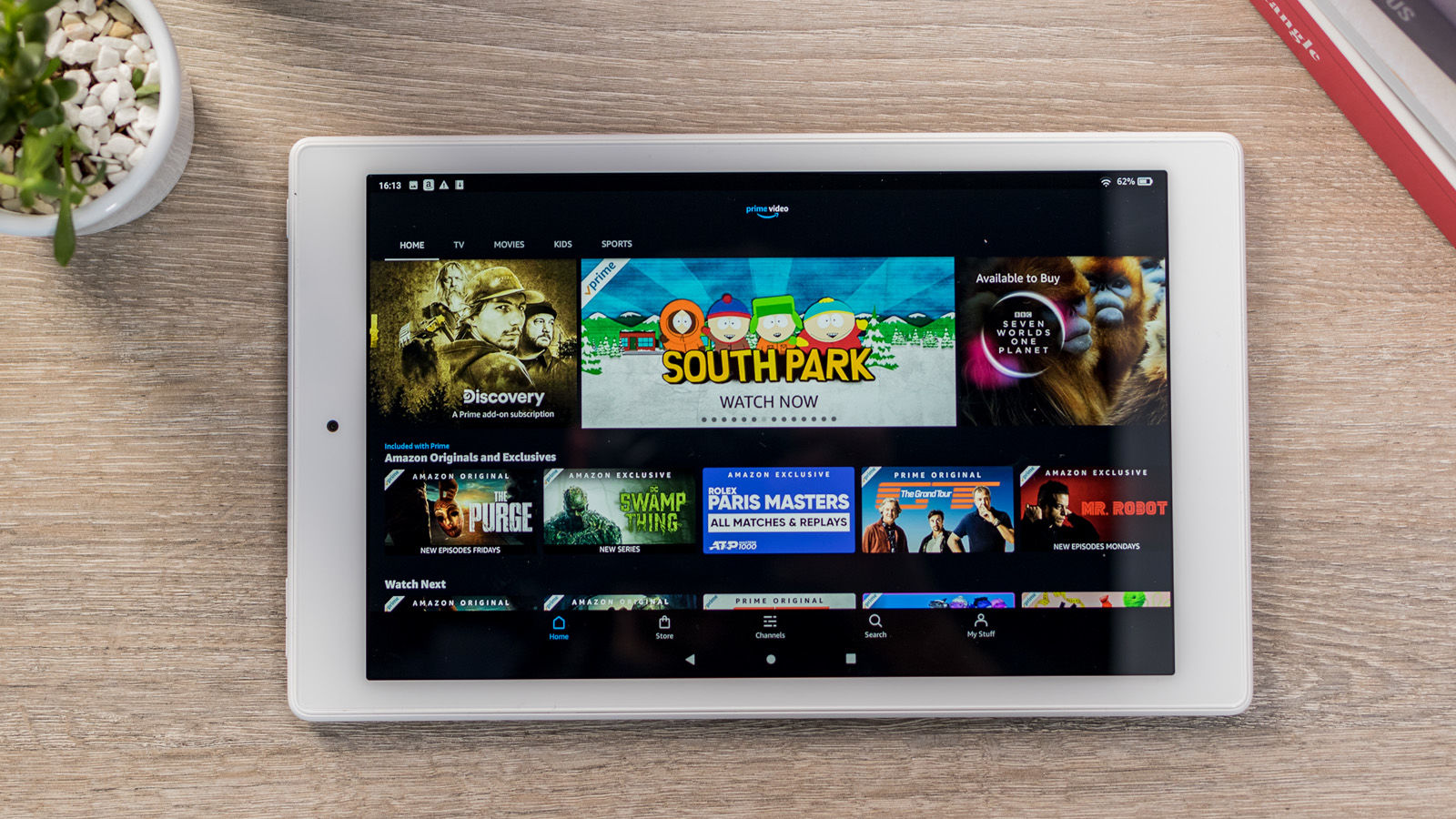 None of this should be a surprise: Fire tablets do the same job that an iPad does for Apple services. And Amazon has an unrivalled choice of Kindle books, while Prime Video and Music offer real value for Amazon Prime members.

Just bear in mind that you cannot install Google apps such as Maps, Gmail, Google Photos and YouTube. You have to access them via Amazon’s Silk web browser, which is much clunkier than native apps. 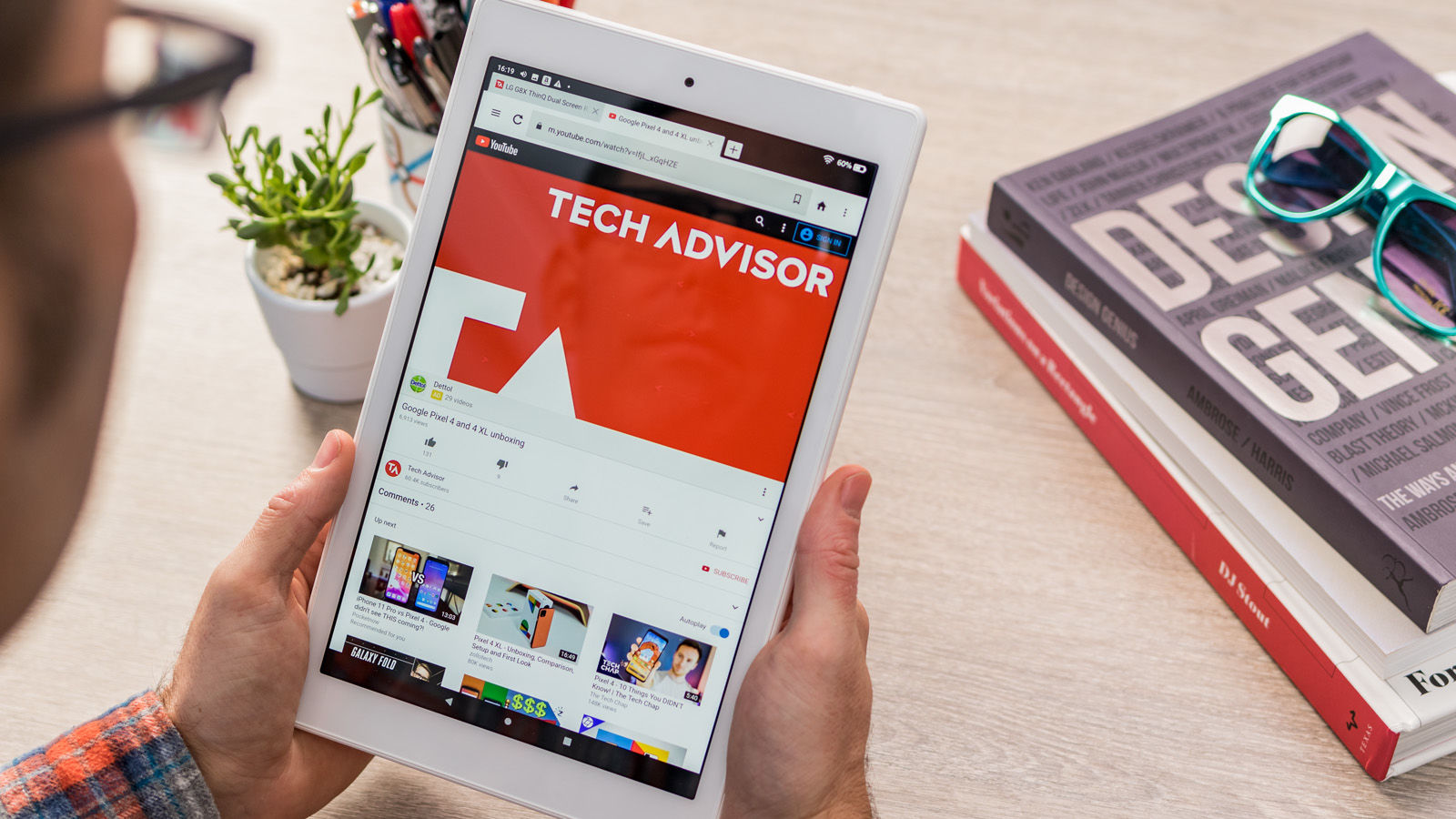 Also note that Amazon’s Appstore, while well stocked, doesn’t have every Android app going and it can be frustrating when you discover that you can’t install something you (or your kids) want.

Most of the big names are there including Netflix, Facebook, Spotify, Messenger, Twitter and Skype, plus TikTok, Instagram, Roblox, Minecraft and Clash of Clans. But there’s no Fortnite or Call of Duty Mobile.

If you feel confident, it is possible to  install the Google Play Store on a Fire tablet which opens up access to a lot of the missing stuff, but there’s no official support if you do this and run into problems.

Even if you’re not an Amazon Prime subscriber, the Fire HD 10 is still a solid budget tablet for watching Netflix, using Facebook and browsing the web. The updates, including better battery life, faster processor and USB-C charging are all welcome, and we’re fans of the new white model.

As ever, bear in mind the absence of Google apps and services, but so long as you’re happy to use their web versions, or jump through a few hoops to install the Google Play Store, it’s a great-val;ue choice.