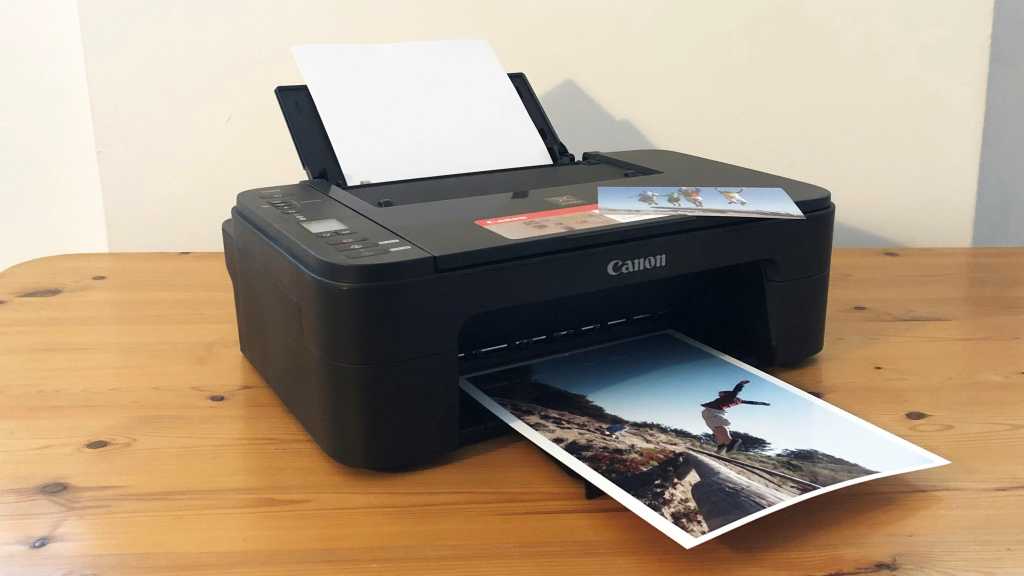 At first glance, the TS3350 MkII is an absolute bargain, offering high quality printing and versatile connectivity at an extremely competitive price. However, its modest speed and the not-at-all-modest price of replacement inks mean that it’s best suited for just occasional use at home.

Launched as part of Canon’s new ‘back to school’ range, the TS3350 MkII is one of the most affordable multi-function printers we’ve ever seen. It might not be the fastest printer we’ve tested, but it manages to provide a good range of printing and connectivity features that make it a versatile option for home users and students who need to print photos, reports and other documents.

The model that we review here is referred to as the ‘TS3350 Black’, and we initially thought that it just a basic black-and-white printer. However, that just refers to the colour of the printer itself – as it’s also available in white (TS3351) and red (TS3352).

And it turns out that the TS3350 MkII does indeed provide a full colour multi-function printer, with scanner and copier features for the bargain-basement price of just £39.99. It’s available from Canon and Amazon.

For some reason, though, the US version is called the TS3320, and has a slightly higher price of $79 but Amazon has the red colour for $49 and it’s just $39 from Canon.

Check out our chart of the best printers to see what else is available.

Despite its low cost, the TS3350 MkII is a versatile, multi-function colour inkjet printer that provides an impressive 1200x4800dpi print resolution. The flatbed scanner is more modest, with just 600x1200dpi resolution, but that should still be adequate for scanning occasional documents or photos for school reports.

It has a 60-sheet rear paper tray, and is capable of printing on a wide variety of papers and other media, including Canon’s unusual, square 5x5in photo papers and stickers. Connectivity is also good for such a low-cost printer, with both USB and Wi-Fi, as well as AirPrint for Apple mobile devices and Google Cloud Print for Android.

Canon also provides its own PRINT app, which provides more detailed controls for printing and scanning, and there’s a selection of additional software, including a simple photo-editor, that you can download for free when installing the main printer driver. 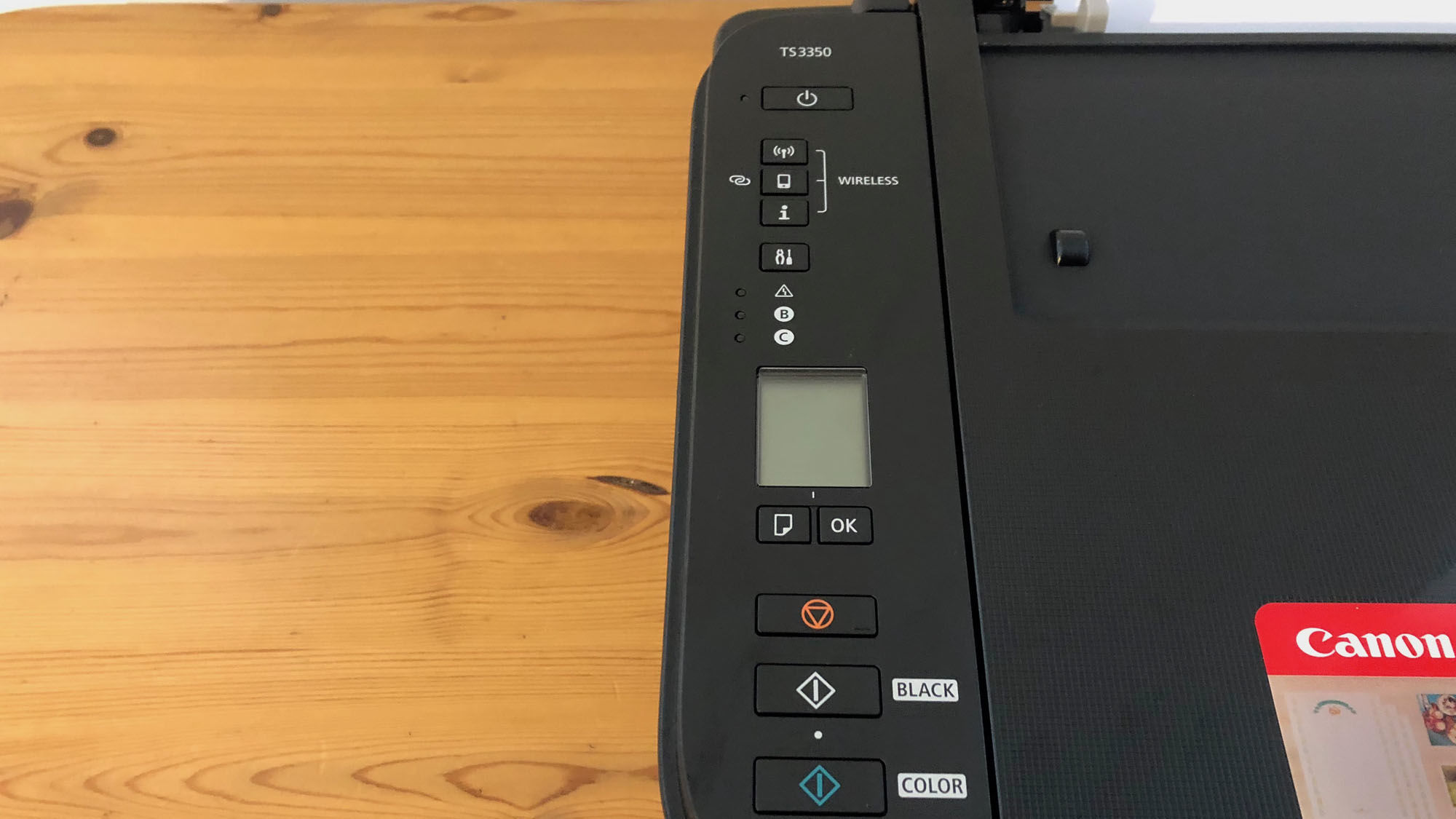 There are a few signs of cost-cutting, though. When switching between different paper types, we found that we had to specify the new paper size in both the printer driver software on our laptop, and also on the printer itself – which involved squinting at the tiny 1.5in control screen as we repeatedly tapped a button to cycle through the various paper options.

There’s no automatic duplex (two-sided) printing, and no SD card slot for printing from a memory card either. Even so, those are minor quibbles, given the printer’s highly competitive price and it should certainly be able to tackle most types of documents and creative projects that you throw at it.

The high resolution of the TS3350 MkII ensures that it provides good quality for text, graphics and photos. Text output is particularly crisp and sharp, and can actually give a laser printer a run for its money.

It’s not particularly fast, with Canon quoting mono output at 7.7 pages per minute (ppm), while our tests actually came closer to just 6ppm. Even so, that’s fine for occasional use at home when you’re just printing letters or other text documents every now and then. 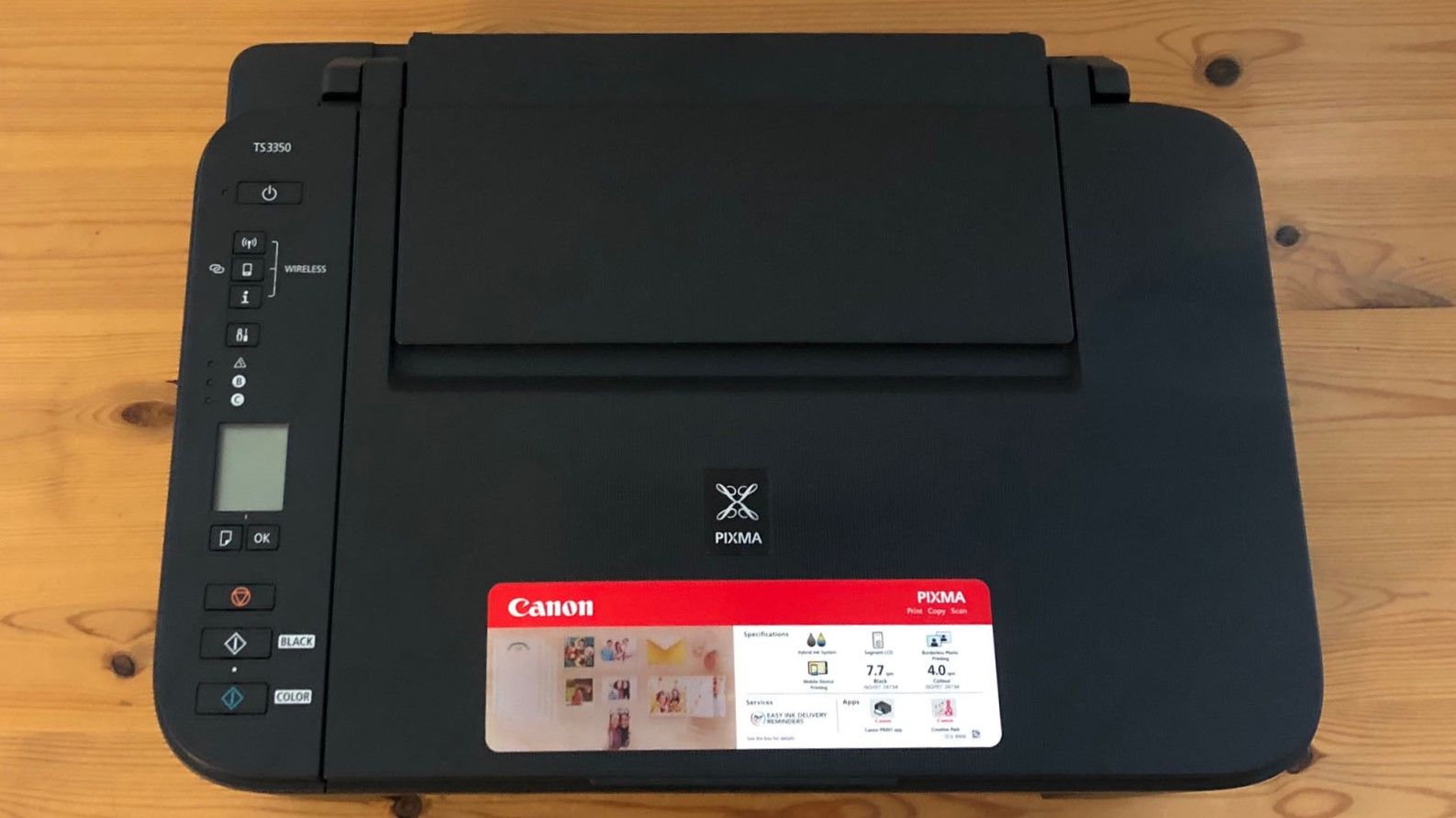 Colour printing is also very good for such an cheap printer, with bold, strong colours and a sharp eye for detail. The contrast could be a little crisper, perhaps, but that’s a lot to ask for a printer costing less than £40, and the TS3350 will be great for printing up selfies, or a few graphs and charts for a school report.

Colour printing is fairly slow, though, with our tests producing a speed of just 3ppm, compared to Canon’s already modest quoted speed of 4ppm. And a single 4x6in postcard print took a full two minutes to print, so the TS3350 is very much designed for just occasional use at home, rather than churning out page after page every day.

As is so often the case, low-cost printers such as the TS3350 MkII can surprise you with a nasty sting in the tail when it’s time to buy replacement ink cartridges. That’s very much the case with the TS3350, especially if you buy the smallest, standard-size cartridges.

The TS3350 uses just two ink cartridges – one for black ink, and a ‘tri-colour’ cartridge that holds all three coloured inks (cyan, magenta and yellow). The standard-size cartridges cost £15.49 for black ink, and £19.49 for the tri-colour cartridge. Both cartridges last for just 180 pages each, which works out at a whopping 8.6p for mono printing and a just-about-acceptable 10.8p for colour. 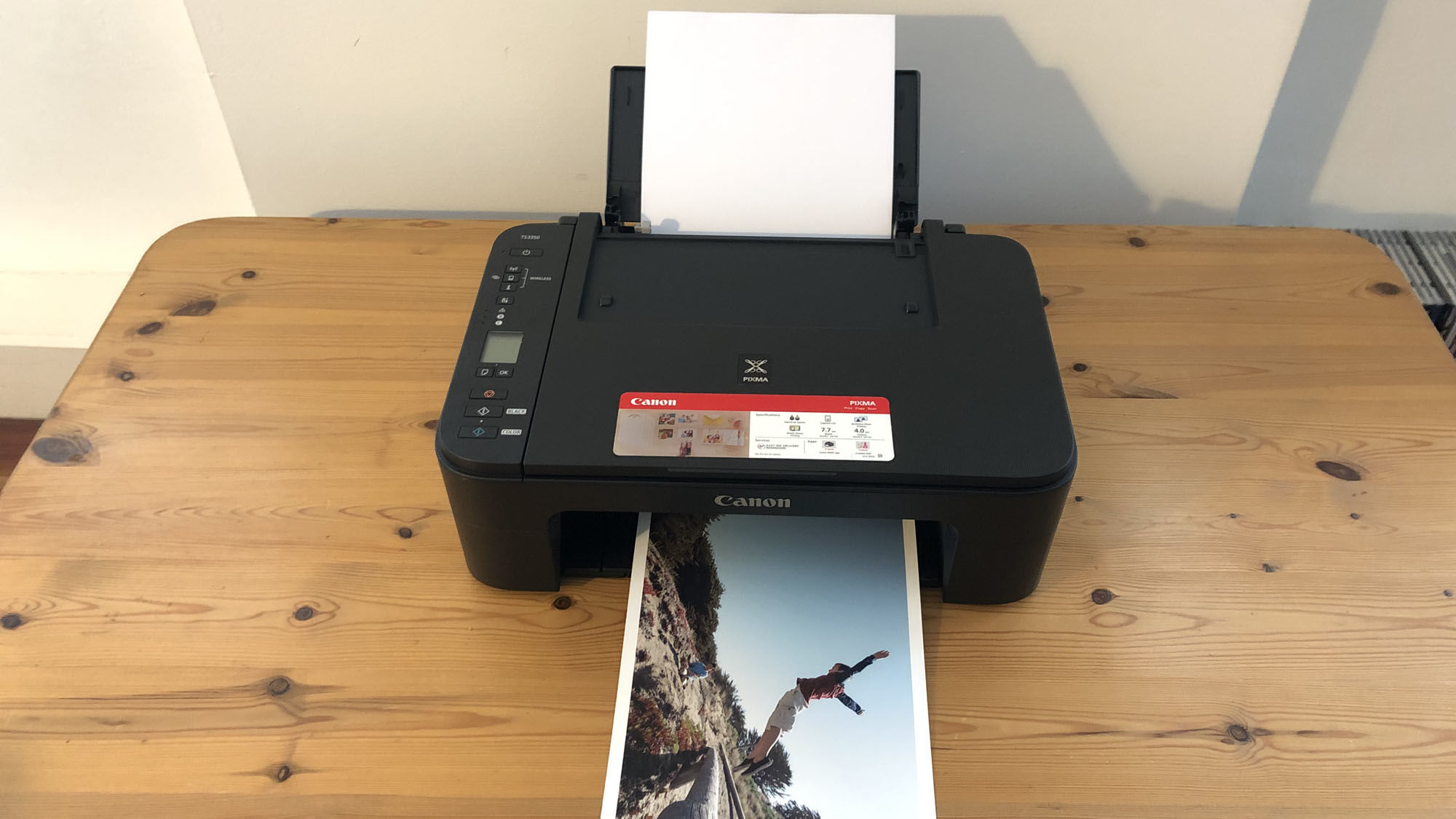 The larger XL cartridges cost £21.99 for black ink, and last for 300 pages. That brings the price down to 5.5p, although that’s still quite high for simple mono printing. Colour printing works out better, though, with a 300-page XL colour cartridge costing £21.99, and bringing the cost down to a more reasonable 7.3p per colour page.

Canon also sells multi-packs that contain both black and tri-colour cartridges together. The standard-size multipack isn’t particularly good value, but Canon’s XL multi-pack is more attractive. Priced at £42.49, the XL multi-pack will give you 400 mono pages (2.7p per page), and 300 colour pages (10.5p) – and it also includes 50 sheets of 4x6in postcard paper as well, so that will be a good option if you’re planning to print up a big batch of selfies during the Christmas party season.

The speed and running costs of the TS3350 MkII mean that it won’t be a good option for home workers or other people who need a workhorse printer that they can use every day.

But, if you just need to print the occasional selfie, letter or boarding pass, then the TS3350 MkII will fit the bill nicely – and it won’t break the bank as long as you remember to opt for the better value XL cartridges.