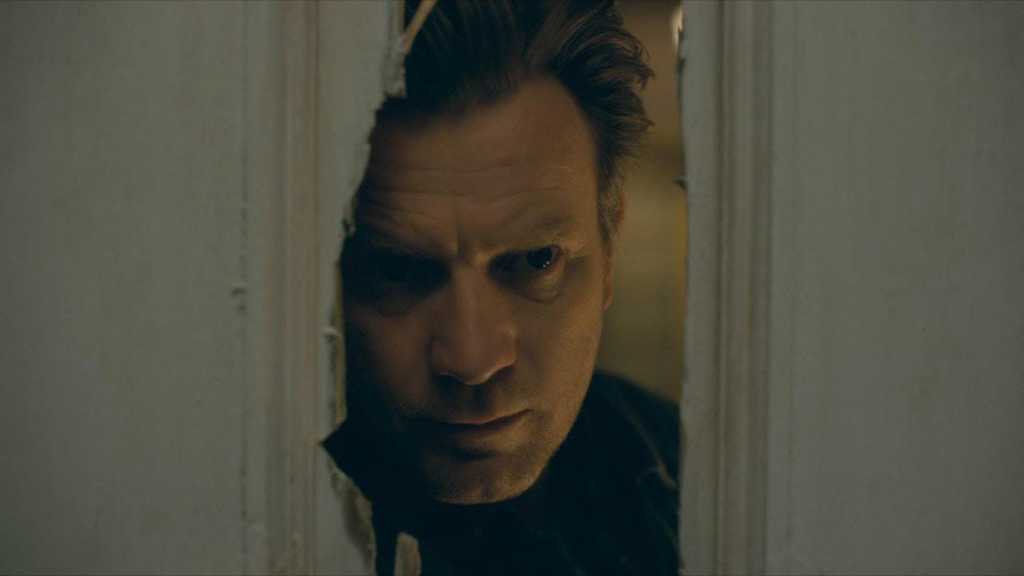 Doctor Sleep is a worthy descendant to The Shining, in that it stands alone as a psychological horror movie whilst including some solid nostalgic moments for fans of Kubrick’s iconic film. The third act feels very different to the rest of the story, but doesn’t spoil the overall plot. As expected, Ewan McGregor and Rebecca Ferguson deliver stellar performances, and Kyliegh Curran is a star in the making.

Doctor Sleep is based on the 2013 novel by Stephen King, which was the sequel to the classic horror title, The Shining. It’s not necessarily a sequel to Stanley Kubrick’s 1980 adaptation of The Shining, but rather takes elements from the film and plays homage to some of the most iconic parts of the movie.

Directed by Mike Flanagan, Doctor Sleep follows Danny Torrance (Ewan McGregor) in adulthood as he strives to deal with the horrific events of his childhood at the Overlook Hotel with his parents, Jack and Wendy, and his lasting extrasensory powers, AKA ‘The Shine’.

His personal journey is interrupted when Abra Stone (Kyliegh Curran) – a girl who shares the same psychic abilities as him – contacts Dan to inform him that there’s a group who are feeding off of innocents who possess The Shine to make themselves immortal – and they are led by the terrifying Rose the Hat (Rebecca Ferguson).

McGregor always hits the mark with every role, and his interpretation of Danny Torrance is no exception. Though there’s a big jump between him being a child and a fully-fledged adult, we still get to see nuanced glimpses of how the events of The Shining have impacted his now developed personality. You can’t help but root for him, and the chemistry that he shares with child prodigy, Abra.

Flanagan manages to achieve a delicate balance in showcasing Danny’s personal horrors and the overall narrative of the plot. There’s a lot of time dedicated to his battles with alcoholism and the ghosts of his past – quite literally. This then lies in the foreground throughout, coming to a head when he eventually has to face the ongoing threat of the film – Rose the Hat and her travelling companions.

As villains go, Rose the Hat couldn’t be more different from Nicholson’s Jack Torrance, but is nonetheless still sickening and terrifying in her own right. Fegurson portrays the role with a level of inappropriate seduction, and really draws you into her cult of shine-feeding monsters, whether you like it or not.

The biggest surprise of this film is the newcomer, Kyliegh Curran, as Abra. There’s one scene in particular that deals with something extremely complex for any seasoned actor, never mind someone’s debut performance. But she manages to execute it flawlessly, with a high degree of flair. I have no doubt that we’ll be seeing more from her in the future.

Flanagan also manages to turn the concept of scaring someone on its head with this film. We get to be on the other side – taking satisfaction in the process of freaking someone out, watching the gradual steps of it unfold. It was subtle and sophisticated, and extremely refreshing to feel like you were seeing the art of the twist from the eye of the puppet master.

Stephen King is infamous for taking a hard dislike to Kubrick’s interpretation of The Shining, and so the filmmakers faced the challenge of pleasing both fans of the books, and of the eighties classic. The homages to Kubrick’s film are mostly intercut seamlessly, with the use of the original score bringing memories flooding back. The recreation of the Overlook Hotel is truly haunting, even including quick snapshots of footage from The Shining where appropriate.

However, the third act is where it really leans into the influence of Kubrick’s movie, and in doing so it feels almost an entirely different film to the first two acts. The tone shifts from a psychological terror to building suspense and dread for the viewer, and there are a few beats where the tributes feel slightly on the nose. Whilst I did enjoy both this segment and the rest of the film, it did feel like a switch had been flipped, which was jarring.

There are also a couple of characters that from the get-go you recognise as being token for the advancement of the plot. It’s a very classic move for a horror, and a slight annoyance that a film this layered still relied on this stereotypical device. However, it isn’t enough to draw away from the compelling narrative.

Despite the terror that this film invokes, it still manages to retain a great semblance of emotional beats for each of the protagonists. It doesn’t sacrifice character development for the sake of jump scares, but rather gradually advances each personal story as the horror unfolds.

Follow-up films often struggle with the ability to stand on their own two feet, but this isn’t a problem with Doctor Sleep. Even if you hadn’t seen The Shining at all, you’d still be able to sit and enjoy (perhaps from behind a cushion) it as its own entity. Of course, fans of Kubrick’s title will be the ones who’ll likely get the most satisfaction from it.

If you’re still not sold by how haunted you’ll be by Doctor Sleep, there’s a very cute psychic cat in the film that you’ll probably love.