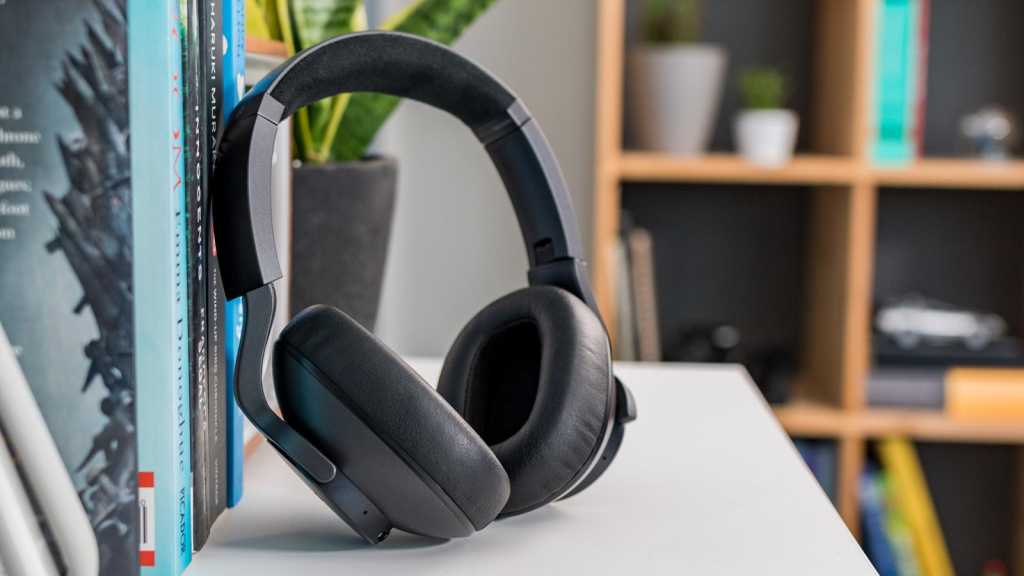 There’s a lot to like about AKG’s flagship headphones. A refinement of the original N700 NC, they provide everything most people are looking for in wireless cans. Particular highlights are its excellent handling of old-school classics, solid implementation of the virtual assistant and superb battery life. However, the main sticking point is the price. It’s hard to justify buying these when class-leading headphones from both Sony and Bose are currently cheaper, as they offer superior noise cancellation and sound isolation.

AKG has long been considered one of the major players in the personal audio space.

The Austrian company seems to have gone from strength to strength since parent company Harman was acquired by Samsung in 2016, with a string of solid releases.

The N700NC M2 headphones (from here on referred to simply as ‘NCM2’) are AKG’s flagship noise cancelling headphones. They feature a sleek design, simple controls and great portability, all of which we have come to associate with AKG.

At this price point, they have to go up against the very best noise cancelling headphones.

While there are more expensive options on the market, these headphones have to be pitted against the very best cans available right now. 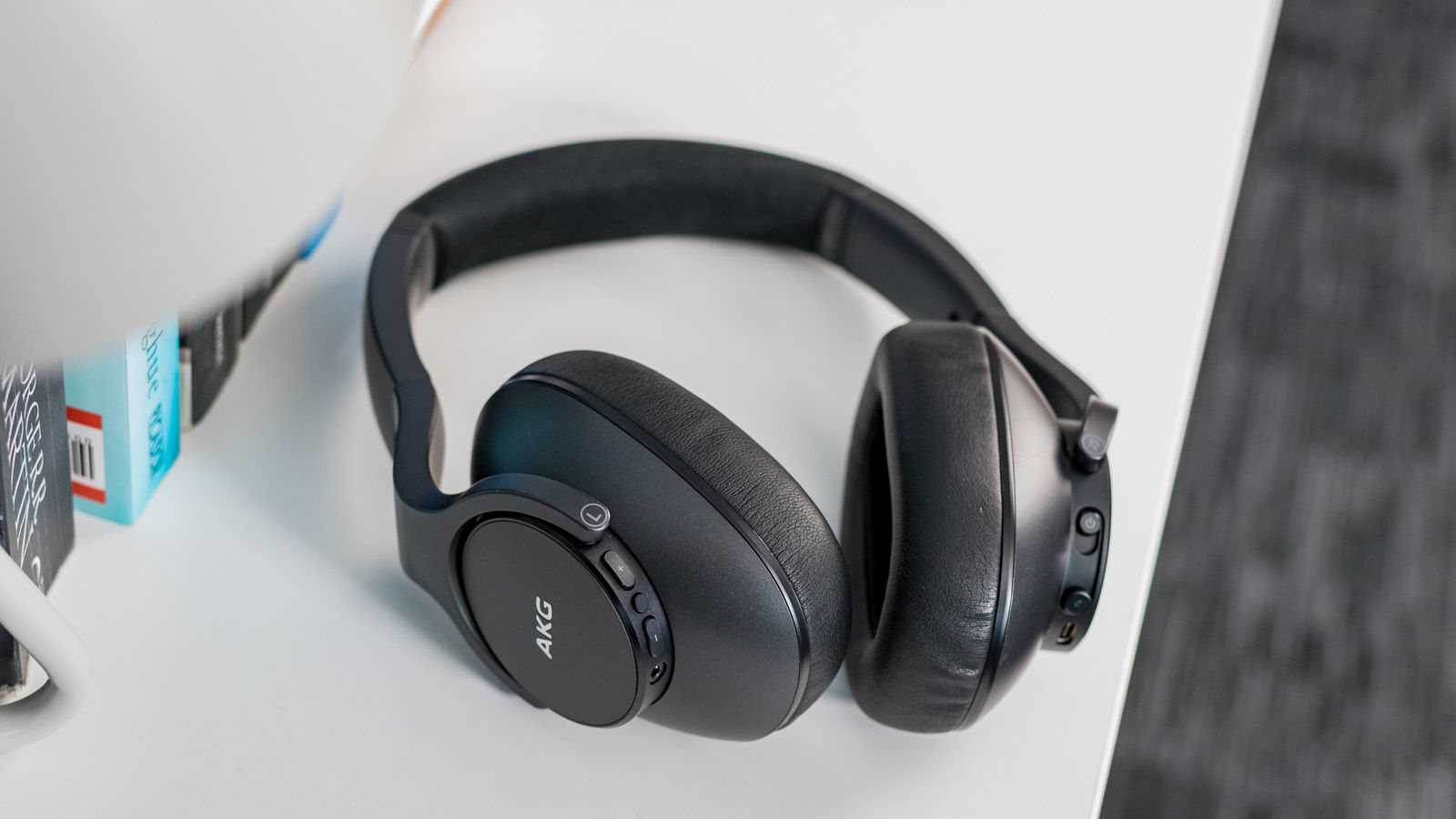 More and more people are returning to over-ear headphones while travelling, so design has become of increasing importance. AKG has clearly made this a priority, with a sleek minimalist design free from excessive branding.

The NCM2 headphones are instantly familiar if you used the original N700NC, with an easily adjustable headband blending seamlessly into soft, foldable ear cups which completely encase your ears.

The controls on the headphones themselves are extremely simple, with power and noise ambient noise controls on one cup while volume and wired connection options are available on the other.

This is hardly a revolutionary design but more a tried and trusted formula – AKG wants you to focus on the internals rather than an eye-catching aesthetic. This is especially true considering the black version we tested is the only colour available.

The hard shell case is also typical of many modern headphones, but it’s been made slightly more compact on the new version. There is the option for a wired connection thanks to the included 2.5mm to 3.5mm jack cable, while it’s also worth noting that an airline adapter is included. AKG are clearly targeting people who used headphones while travelling.

There is little more to note from first impressions; what AKG provides here is typical of what you get with the majority of modern headphones. However, there are a number of observations about the design which only become apparent after longer listening sessions. 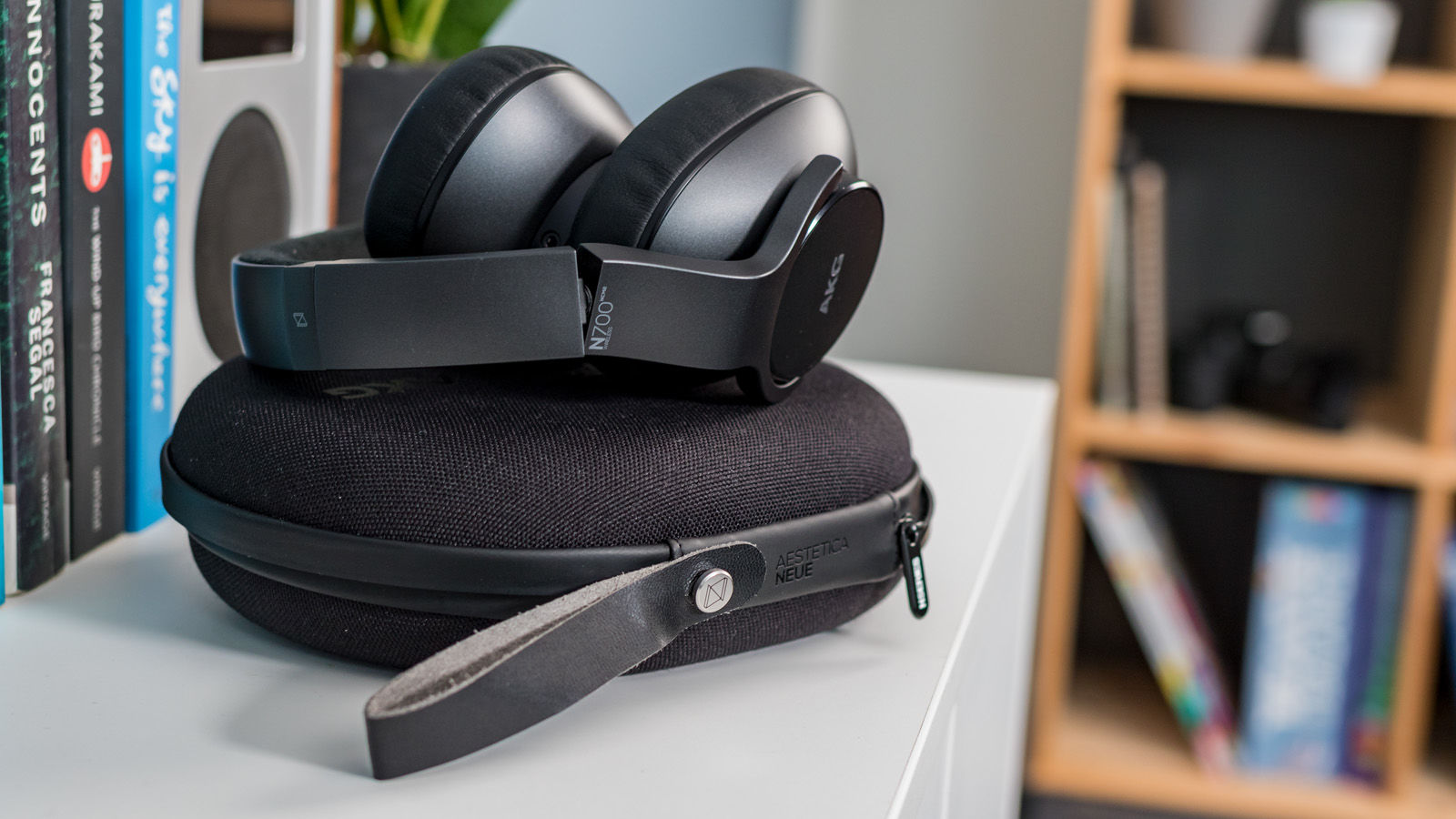 While they are sufficiently comfortable thanks to the memory foam and leatherette cups, we didn’t particularly enjoy using them for an extended period of time. In order to prevent a fairly significant sound leak (more detail later) they would had to be fairly strongly secured in place, something which became unpleasant over time.

If comfort is your top priority, we’d recommend going for the Bose QC 35 II’s instead.

The NCM2 headphones were also slightly underwhelming in durability. Despite a premium, sturdy looking design, there were noticeable signs of wear and tear after only a few days of use. While this didn’t take away from the attractive design, it does leave us concerned as to what the situation might be like a few months down the line.

However, it’s not all bad news. We really enjoyed using the controls available directly on the headphones. While premium cans such as the Microsoft Surface Headphones are moving to a touchpad-based control system, the AKG has chosen to retain physical keys, which are tactile and satisfyingly responsive. The simplicity means we were able to quickly learn their position for quick adjustments while the headphones were on.

The success of any pair of headphones is defined by how good they sound. The short answer is that these headphones sound excellent, with rich, balanced audio which consistently delivers across a wide range of music and vocals. 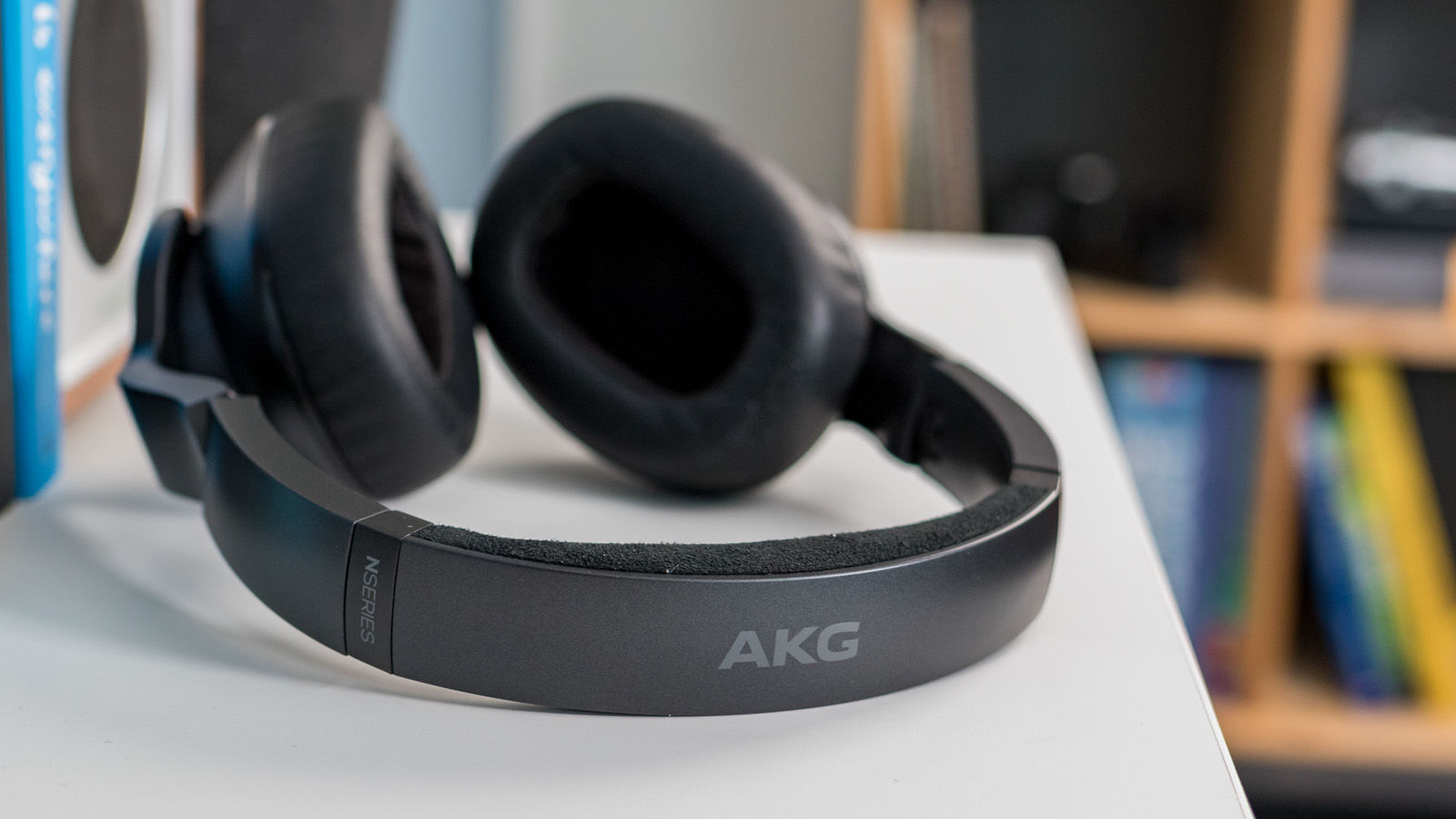 We tested a selection of songs from Spotify’s ‘ Songs to Test Headphones With’ playlist, in an attempt to give as balanced an overview of the sound as possible. We tested them via a Bluetooth connection with noise cancellation on, which is the default setting for these headphones.

‘Take 5’ by The Dave Brubeck Quartet sounds rich and full bodied, with an excellent range allowing you to hear the intricacies of each instrument.

However, TOTO’s ‘Africa’, a party favourite, sounds curiously washed out, with its infectious chorus lacking some real oomph.

The deep bass on ‘Slave Song’ by Sade creates a really immersive sound, something that simply isn’t possible on cheaper headphones.

If you’re looking for something more modern, CeeLo Green’s booming vocals on ‘Bright Lights, Bigger City’ make you feel like you’re at one of the American singer’s live shows. ‘Crazy’ from his time in Gnarls Barkley was similarly impressive, but it’s the sort of song you want to be playing at high volumes, at which point people around you will easily be able to hear too.

Overall, in this mode the NCM2 headphones deliver premium sound quality which is befitting of its high price tag. Unless you regularly use high-end studio equipment, it’s likely you’ll be more than satisfied.

There is a notable decline in sound quality across the board when using the smart ambient button, but as this will only be used when in a conversation or from a safety perspective, it’s not a big issue.

Within the app, you can choose what this physical toggle will do. Ambient Aware allows you to be more aware of your surroundings, allowing you to listen to potential announcements much more easily. TalkThru is designed to aid conversations with people nearby, making it particularly suitable in open-plan office environments or on long journeys. We didn’t notice a great deal of difference between the two, but the general aim of allowing some background noise back in was achieved well.

An often overlooked area with wireless headphones is call quality. For what it’s worth, these headphones were superb in this area, with clear crisp vocals. The microphones seemed similarly effective, with the receiver impressed with what they were hearing too.

At over £250, these headphones have to be expected to excel across the board. AKG has prioritised quality over quantity with the feature set here, meaning they have to deliver.

Chief among these is the aforementioned active noise cancellation (ANC), activated automatically when you turn the headphones on. Unless you’re using the included cable, the benefits will be available as soon as you connect via Bluetooth. 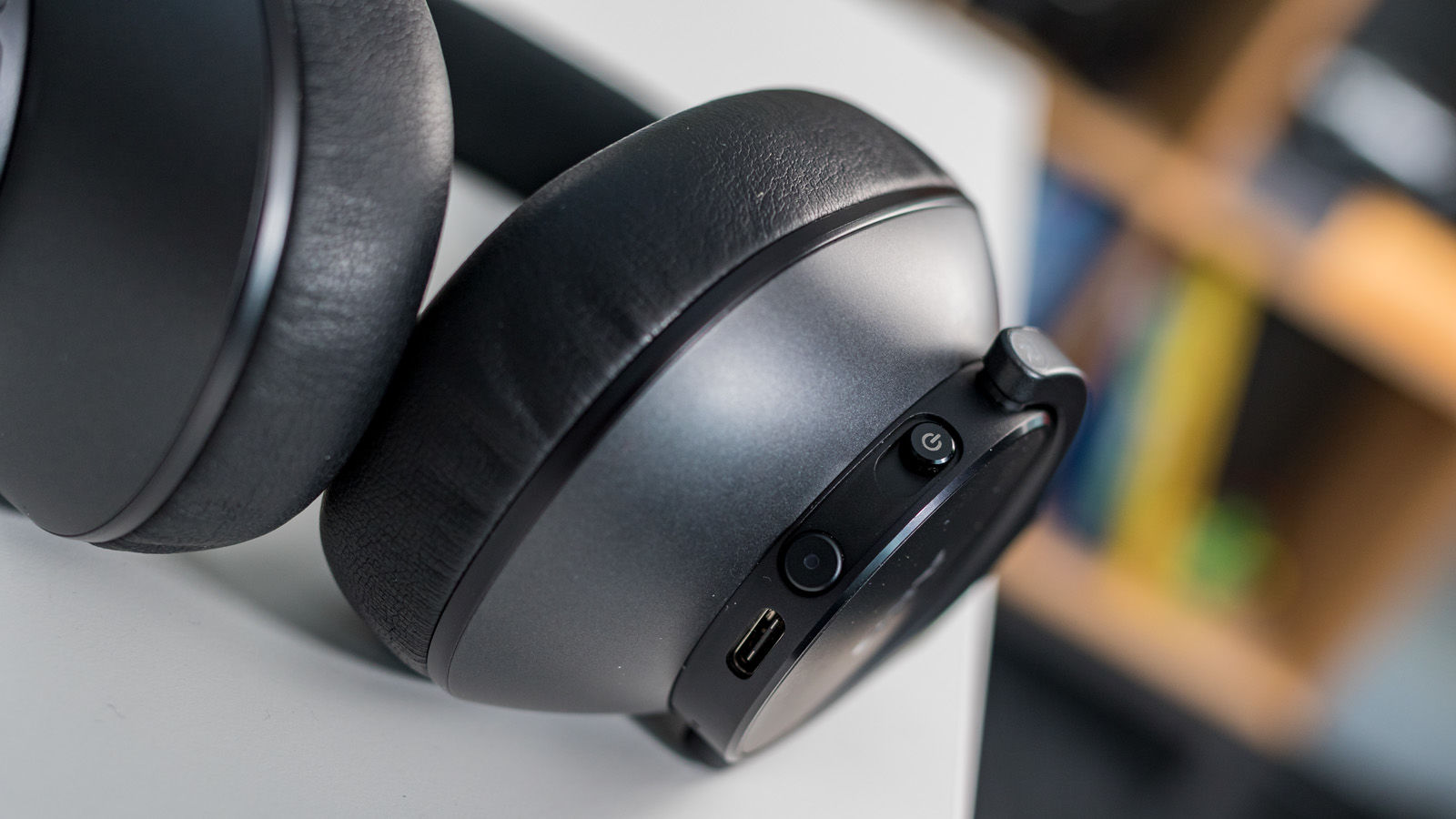 In testing, the noise cancellation worked quite well, even without music playing. While it may not rival those at the top of our best noise cancelling headphones chart, it is a more than respectable performance. In noisy environments, this made a real difference.

The companion app is simple to set up and use, although you do need to be connected to Bluetooth and have your location services on at all times for it to work. This is where you can choose what to use the Smart Ambient button for, adjust the EQ and install software updates. It’s a very basic in look and feel, but worked well in our testing.

A double tap of the play/pause button can activate the virtual assistant. Upon activation via a Samsung phone we were presented with the option of Google, Alexa and Bixby (we choose Google). This is a nice addition to have, and probably something to get you using the Assistant more.

Battery life is an area where the headphones excel. While AKG don’t provide a specific capacity, it claims 23 hours of battery life with Bluetooth and ANC turned on, while this jumps up to 32 hours if you’re happy to use them with the included cable. Battery life can also be managed by using turning the auto-off function via the app, which will turn the headphones off while not in use.

While we can’t specifically comment on the accuracy of those figures, we tested them pretty extensively and didn’t have to worry about how much juice was left for a number of days. Fortunately, charging is now via USB-C, and seemed to top up the headphones pretty quickly.

The NCM2 headphones are a solid update, providing great sound quality across the board and intuitive controls.

While the design and feature set are relatively stripped back, everything works well with the exception of some very patchy sound isolation.

Our main complaint is the price – Sony and Bose’s noise cancelling headphones have both been reduced and are now cheaper than the NCM2’s. This ultimately makes them much harder to recommend.