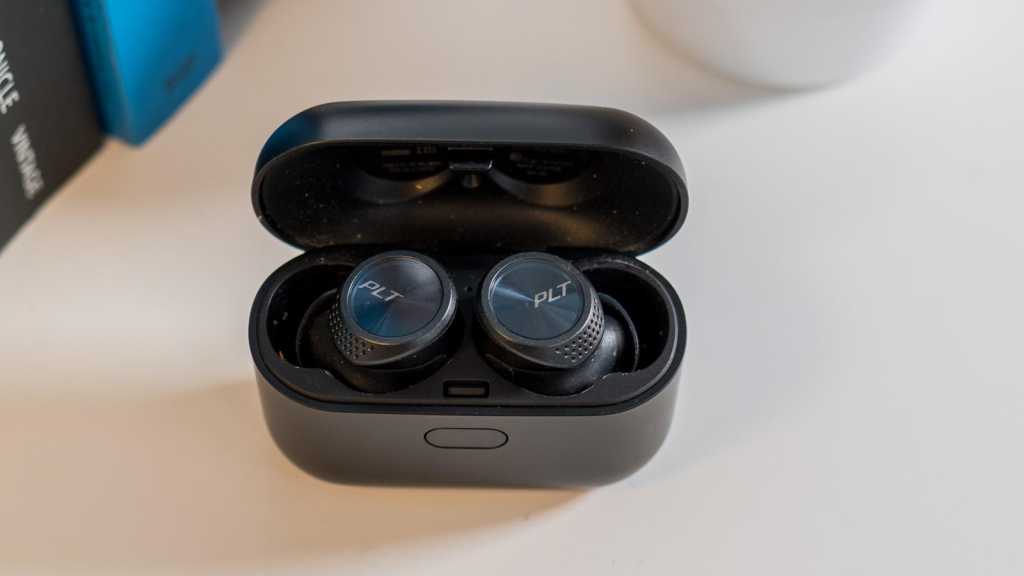 The BackBeat Pro 5100s aren’t the most flashy or stylish true wireless earbuds around, and nor do they offer the absolute best sound quality – but that really isn’t what they’ve set out to do anyway. These are designed for anyone who’s constantly on the phone for actual calls, especially for work, and wants fuss-free true wireless earbuds that don’t compromise on call quality.

Most true wireless earbuds tout long battery life, top sound, or slick design, but the Plantronics BackBeat Pro 5100 are all about call quality.

Don’t get me wrong – these are competitive when it comes to music listening and battery time, but the real focus is excellent noise cancellation on your own voice so that you sound as crisp and clear as possible even in noisy environments, making them one of the best picks around if you need true wireless buds for work as well as play.

That’s right around the price of the Apple AirPods, and pretty typical for the category – most of the picks in our best true wireless headphone chart fall somewhere around £150/$150. 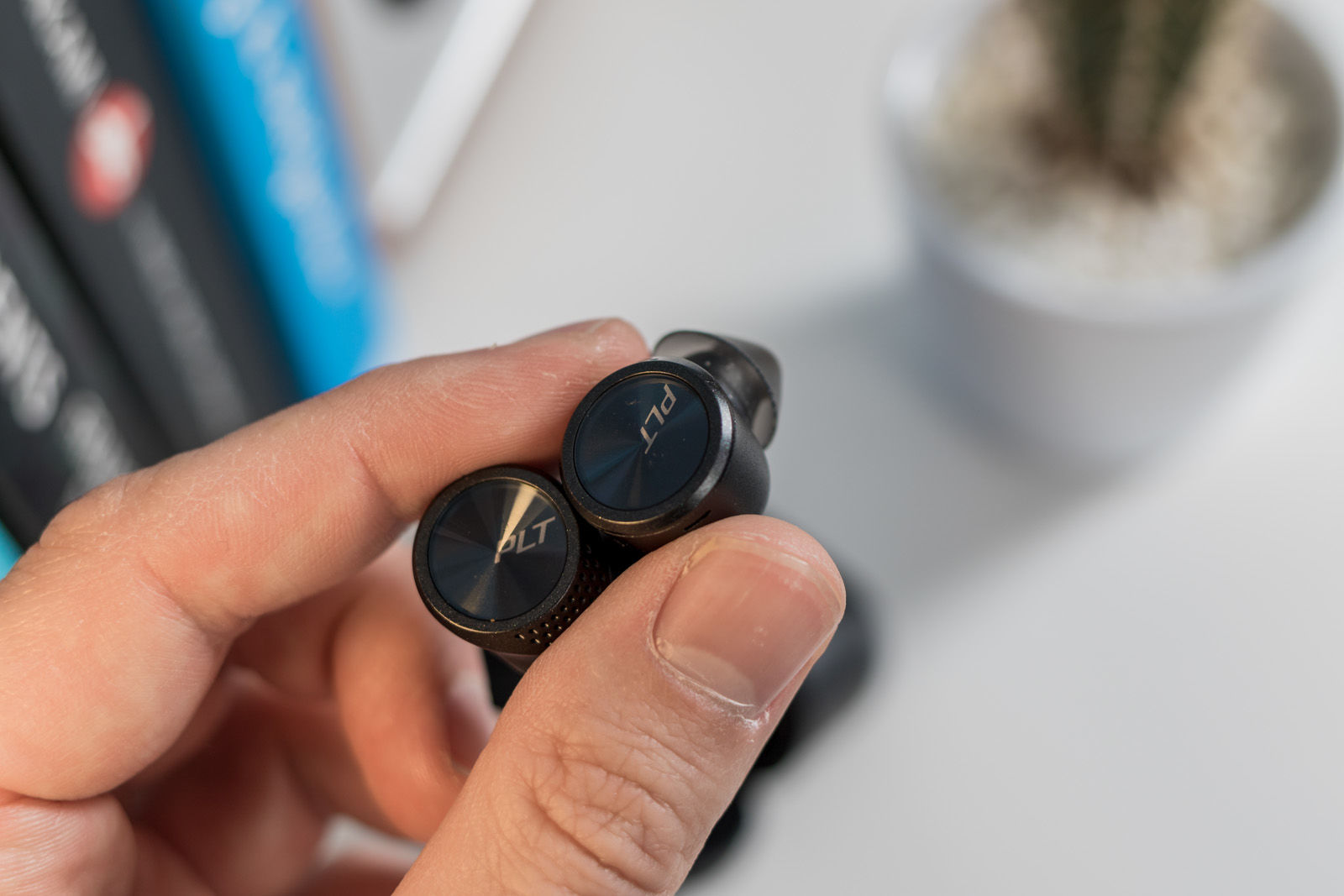 Aesthetically speaking, the BackBeat Pro 5100s look about how you’d expect given that emphasis on call quality. That is to say, these look simple, restrained, and professional – they’re not flashy or stylish, and wouldn’t look out of place in an office.

They’re only available in black, with a reflective finish to the main button, embossed only with a simple ‘PLT’ logo. The main body is matt black plastic, with matching black silicone earbuds – in a choice of sizes to help you find some with the right fit for a good seal in your ear.

Importantly they’re also compact – the whole earbuds will fit inside your ear, with no dangling bits or bulky body jutting out. That means they’re subtle and unobtrusive, but also that they’re much less likely to get in the way or get knocked out of your ears. In fact, these are some of the smallest true wireless earbuds we’ve tested so far, which is a serious point in their favour.

IPX4 water-resistance also means these can handle a bit of rain without any problems, and dust- and sweat-resistance should keep them safe in the gym or elsewhere, meaning you can still use them for exercise when you’re not at work. 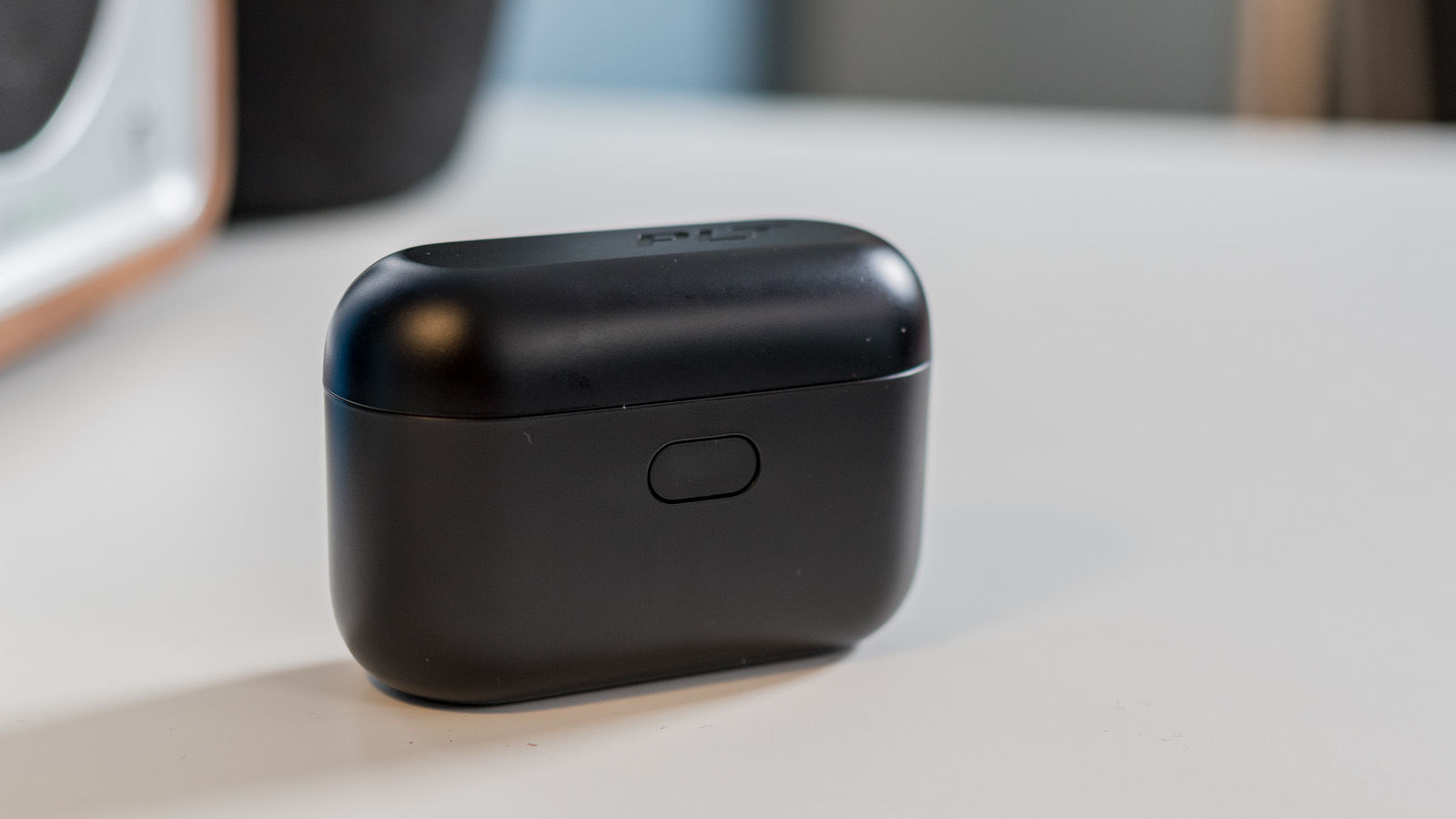 The charging case is just as simple. It’s also matt black, with the ‘PLT’ logo engraved into the lid, and smooth, curved edges to the compact form. There’s a small button to pop the lid open and the headphones themselves connect magnetically to help keep them in place.

The bottom line is: these aren’t the earbuds for you if you fancy the style or kudos of AirPods. But if you want subtle, compact headphones you can wear in the office without grabbing too much attention, these are about as restrained as they get.

So, enough about how they look: how do these actually sound?

The core audio is driven by 5.8mm drivers, and for music they sound… fine. Bass response is a bit limited, but the fairly balanced sound profile means they’ll suit lots of different types of music well enough.

Still, there’s a lack of depth or oomph to the audio, meaning it leaves things sounding fairly flat. That used to be forgivable for the form factor, but honestly there are much better sounding earbuds available at the same price.

Part of the challenge is fit. There’s no active noise cancellation here, so the noise isolation is reliant entirely on getting a good seal from the eartips, which I struggled with, despite a few sizes to pick from. The buds tended to work themselves loose even when I did get a seal, and I often found that I had different levels of noise leakage – and thus effectively music volume – between my two ears. 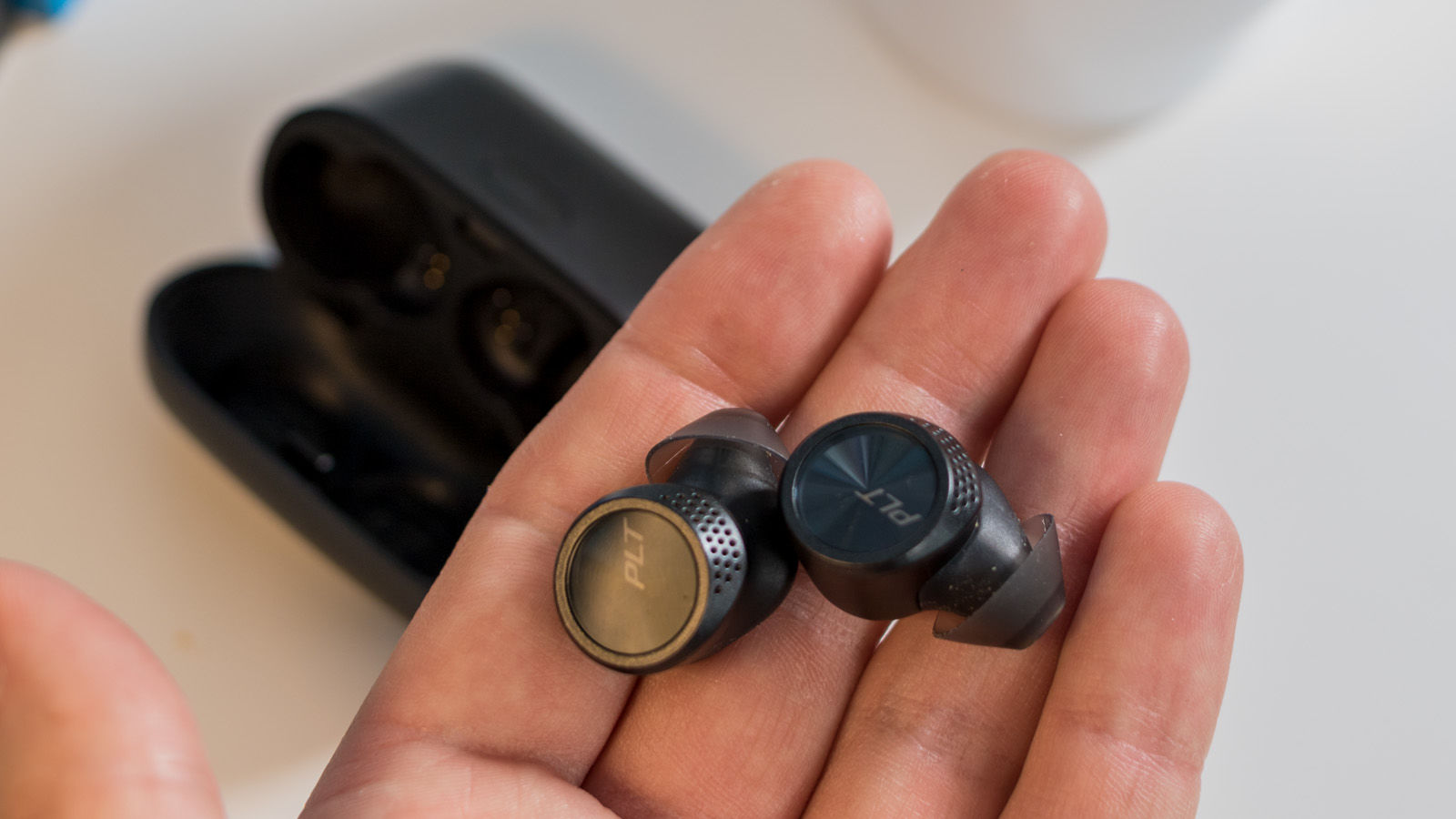 Things are better when it comes to call quality. Here the issue of noise leakage is less important, as the mids and highs that make up most voices were still able to cut through background noise, giving fairly crisp quality.

Even better, every person I spoke to while using the buds reported that I sounded clear, crisp, and loud – even when I was in challenging environments like busy restaurants or a bustling Seoul shopping street.

The way it works is that two noise-cancelling microphones on each earbud work in tandem to isolate and remove background noise while leaving your own voice mostly intact. There’s some degradation to the exact tone of your speaking voice, but it’s pretty minor – and more importantly what you’re actually saying remains clear. Other wireless earbuds do the same thing, but few do it as well, making these a great option if your focus is on calls over tunes.

Even better, each earbud can work in isolation, which means you can carry on a conversation with either earbud in on its own – whereas some competitors rely on one ‘primary’ earbud that relays audio to the other, which is basically useless on its own.

It helps that the battery life is strong. You’ll get six or so hours of battery off the headphones themselves – not quite enough for a full work day, but not far off – and there’s another two charges’ worth (so 13 hours) in the case, giving you almost 20 hours of battery in total. The only real downside is that charging is over the older (and slower) Micro-USB standard, rather than USB-C.

As you’d expect, Plantronics also offers its own app for pairing and playback. This is simple and easy to use, and most importantly lets you tweak the headphone controls. You can pick which earbud to use as the primary one to work on its own for calls, and can also full customise the tap controls to do things like tell you the time, report the remaining battery life in hours & minutes, or start your favourite playlist in Spotify, Apple Music, or Deezer.

The BackBeat Pro 5100s aren’t the most flashy or stylish true wireless earbuds around, and nor do they offer the absolute best sound quality – but that really isn’t what they’ve set out to do anyway.

These are designed for anyone who’s constantly on the phone for actual calls, especially for work, and wants fuss-free true wireless earbuds that don’t compromise on call quality.

Better fit and audio quality for music would make it easier to give these a whole-hearted recommendation for anyone, but as it is these will only be right if you’re all about calls.