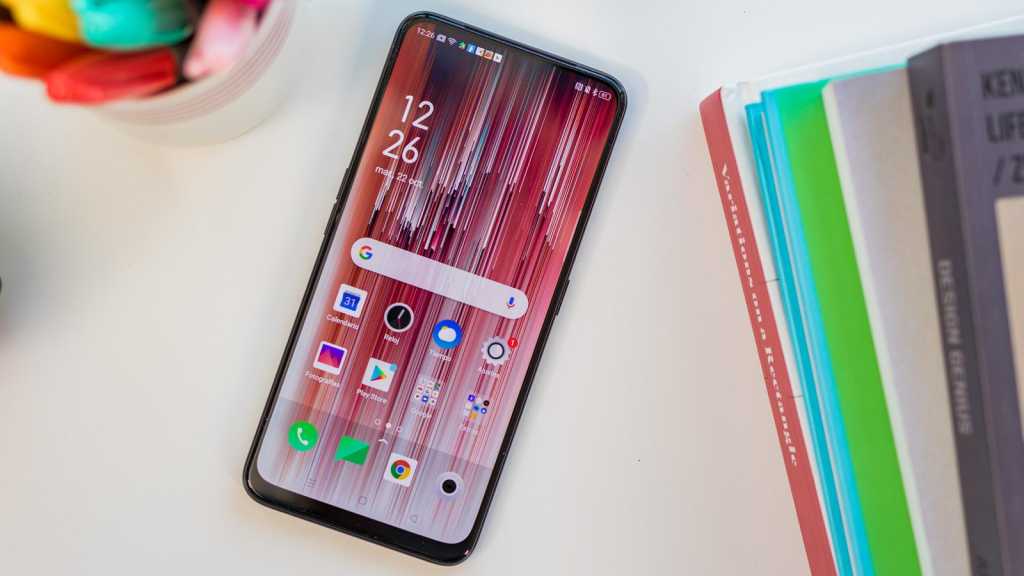 The Oppo Reno 2 Z is a great budget-friendly smartphone with a premium design, decent internals, great battery life and a quad-camera setup, but with hit-and-miss camera performance, it’s not for everyone.

Oppo took to the stage in October 2019 to reveal the latest in the Reno range, including the Oppo Reno 2 and budget-friendly Reno 2 Z. The smartphones had previously launched in India, so there wasn’t much of a surprise at the London event, but it’s the first time that the second-gen Reno range will be officially available to buy in the UK and Europe.

After spending some time using the Oppo Reno 2, here are our thoughts on the design, cameras, internal components and software.

The Oppo Reno 2 Z was announced at an event on 16 October and went on sale two days later, on 18 October 2019. Just like its predecessor, the Reno 2 Z has a budget focus with a £329 price tag in the UK and €369 in Europe. That’s slightly more expensive than the original Reno Z, but with the upgrades on offer, we think it’s worth the extra £30.

If you want to buy the smartphone right now, your best bet is either Carphone Warehouse or Currys in the UK. Those in the US are out of luck as, for now at least, the Oppo Reno 2 Z isn’t available to buy in the States.

For more smartphone inspiration, take a look at our selection of the  best mid-range smartphones.

You might struggle to notice the difference in design compared to the first-gen Reno Z, but the new Oppo Reno 2 Z is taller, wider and thinner than its predecessor with dimensions of 161.8 x 75.8 x 8.7mm. It’s also somewhat heavier (195g, up from 186g) but that’s something you’re unlikely to notice during daily use.

It sports the same curved design as the first-gen Reno Z, although with slightly more centred buttons, and on the rear you’ll notice the addition of two more lenses – but we’ll go into more detail about that below.

After using the smartphone for an extended amount of time, we can happily say that it’s easy to grip and handle, and shouldn’t provide much of a challenge – even if you’re coming from a smaller smartphone – although this depends on your personal preference. 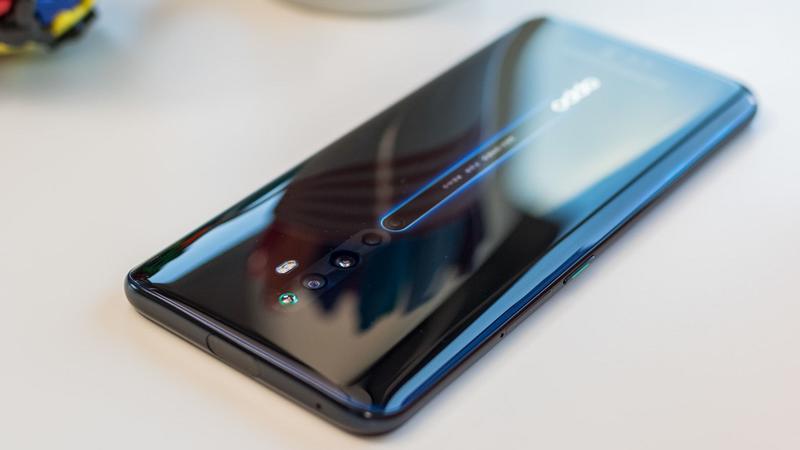 The Oppo Reno 2 Z certainly has a premium look that doesn’t reflect the distinctly mid-range price range of the device, featuring a full glass front and rear with a metal frame and a selection of eye-catching colour options including Luminous Black and Sky White.

It’s not just any old glass though; the smartphone features Corning’s latest Gorilla Glass 5 on both the front and rear, which should provide decent protection against scratches and drops, but we’d recommend investing in a case if you’re worried.

Like the rest of the Reno range, the Oppo Reno 2 Z sports the O-dot on the rear. It’s a little nubbin that sticks out from the flat profile of the rear of the smartphone, helping to keep the rear-facing cameras free from scratches when placed down on a rough surface. It’s certainly a good idea, but with that being said, it can cause instability and we’ve found that it’ll slide along surfaces that are not 100% flat. 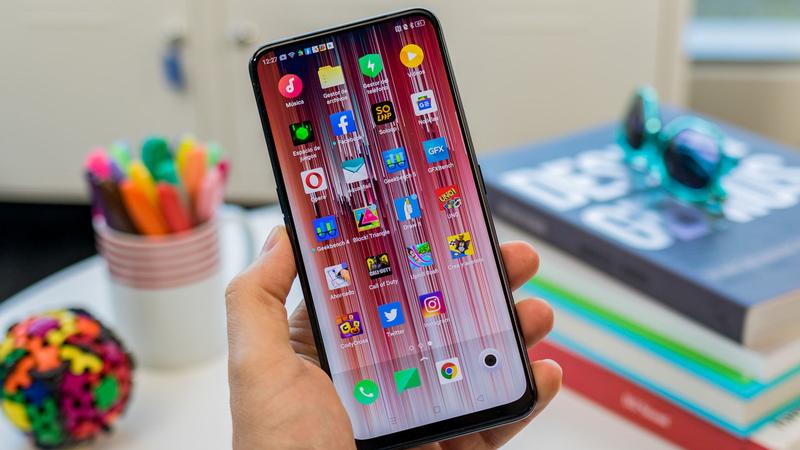 The Oppo Reno 2 Z has a bright and detailed 6.5in AMOLED screen, up 0.1 inches compared to the original Reno Z, with a resolution of 2340 x 1080 pixels at 394ppi. According to Oppo, it replicates 16 million colours and boasts a brightness of 430nits, although our benchmark tests show a maximum brightness of 392.73cd/m2.

The colours are vibrant and the images are generally reproduced clearly. Unless you’re a display aficionado, you won’t find any fault when watching videos on YouTube or series on Netflix, which is further enhanced by the lack of a notch at the top of the display.

As we mentioned above, the main difference between the new Reno 2 Z and the original Reno Z is the configuration of its rear camera. It follows a 2019 trend of putting as many cameras on smartphones as possible, but with the variety of shooting options they bring, is that really a bad thing?

The Reno 2 Z retains the main 48Mp lens of the original, along with an 8Mp ultra-wide angle sensor, a 2Mp mono lens and a 2Mp depth sensor. On paper, the quality of images taken with the Reno 2 Z should be spectacular, but during our testing, we’ve found that it falls short.

Oppo has reinforced the photographic capabilities of the Reno 2 Z with premium features including dark mode, macro mode and portrait mode, but we’ve got a few complaints about the results.

Below you can see a selection of photographs taken to get a better idea of what we mean: 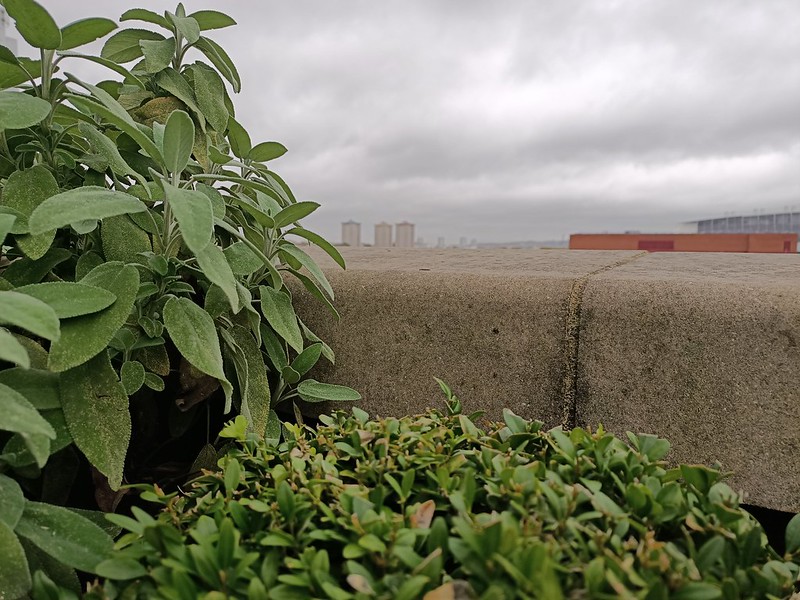 As you can see in the photos, the best quality images are those taken with the main 48Mp lens. They sport decent saturation levels, with deep blacks and well-defined shadows, and zooming in reveals a decent level of detail. It’s not enough to compete with flagships double- or even triple the price, but it’s great for a smartphone at this price point.

The quality of the photos decrease considerably when you try and zoom in, especially once you hit and surpass 5x magnification, and the lack of a telephoto lens means there’s not much that can be done about it.

Like most smartphones, the quality of images degrades in dark environments, but the built-in Night Mode helps negate the effects and does very well – when using the main 48Mp sensor anyway.

We went to the park at night to put the night mode to the test, and you can see the results in the gallery above. In areas where there were street lamps, the photos came out well defined and well illuminated, although darker environments look a bit unnatural when photographed.

Another mode found in most 2019 smartphones is Portrait Mode, and while it’s decent for the price, it’s not perfect. Although in my case it has been good to hide my dishevelled hair, the edge recognition tech still needs some work, often blurring parts of the subject instead of the background. 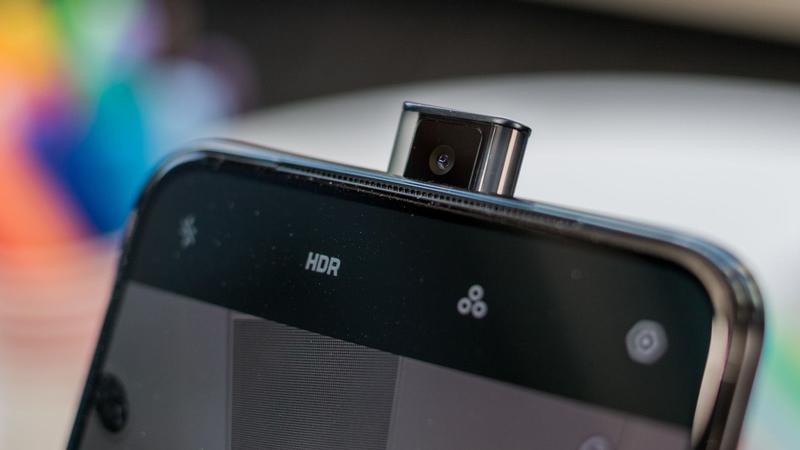 If we flip the Reno 2 Z over, we find a screen with virtually no bezel – and no notch either. Like other manufacturers trying to avoid a notched display, Oppo has opted for a retractable system similar to that of the flagship Reno 2.

There’s a small square module hidden inside the body of the smartphone when not in use, and pops out of the top of the smartphone when required. When activated, this module will rise and reveal the hidden front-facing 16Mp camera. The quality is decent, but we must admit, it is surprising that Oppo has chopped the resolution in half compared to the 32Mp sensor of the first-gen Reno Z.

The Reno 2 Z sports 8GB of RAM, double that of the previous model, and offers 128GB of storage. That’s the same as the standard Reno 2 – where it differs is in the processor department, featuring the MediaTek Helio P90 instead of the Snapdragon 730G of the flagship.

All this translates, for example, into slightly slower loading speeds when wanting to play games with the Reno 2 Z, but it’s not sluggish in day-to-day use. These findings are backed up by our benchmark results, which show the Reno 2 Z besting popular mid-range smartphones including the Moto G7 and Google Pixel 3a.

We also ran a battery benchmark to get some idea of battery life, and the Reno 2 Z managed to last 10 hours and 3 minutes – only a few minutes less than with Reno 2, and a whopping two hours longer than the original Reno Z.

As suggested by the results, we have no complaints about the 4000mAh battery of the Reno 2 Z. It’ll last all day with standard use, and we’ve found that it can last a little longer if you’re conservative with your use. When it does come to charging, the Reno 2 features VOOC 3.0 fast-charging technology. It officially provides 50 percent battery in half an hour, and while we found that we’d hit 48% in 30 minutes, it’s still impressive for a mid-range smartphone.

As we noted in our review of the Oppo Reno 2, the Reno 2 Z fails in the speaker department as audio is only pumped through a single speaker at the bottom of the device. That’s fine for watching the occasional video, but it lacks the presence provided by stereo playback on offer from a lot of 2019 smartphones. 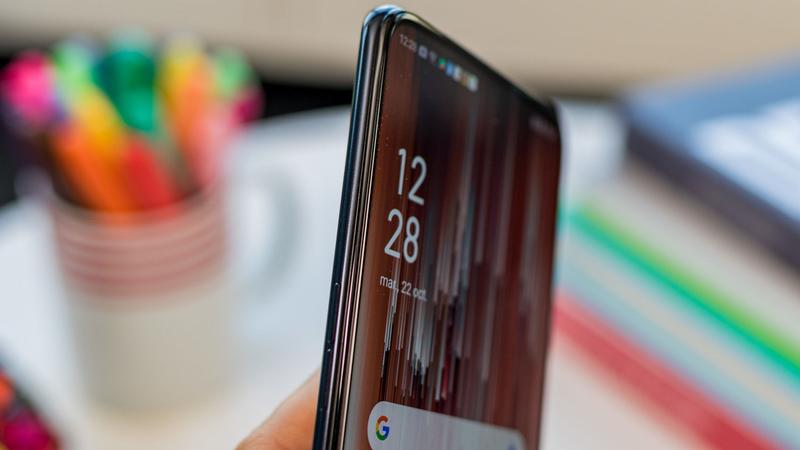 One new feature of the Reno 2 Z is the under-display fingerprint scanner, offering a cleaner overall look while not sacrificing on the performance of the sensor. Both fingerprint and facial recognition are very fast, although the latter isn’t quite as secure as what you’ll get from the likes of the Huawei Mate 30 Pro and iPhone 11 range.

The latest generation of Oppo phones comes with ColorOS 6.1, based on Android 9. It’s a small update compared to ColourOS 6 available on the original Reno range, but there’s a handful of new features, like Ultra Dark Mode and the SOLOOP Video Editor, to improve the overall user experience.

Although there’s no issue in terms of general performance, sometimes the interface is not as smooth as we would like. We hope that an update will improve the smartphone’s responsiveness when scrolling or zooming, but we will have to wait and see. 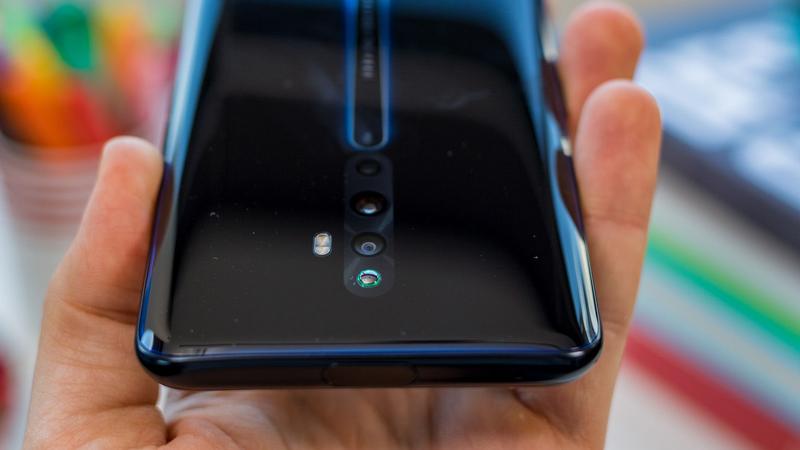 And, despite us firmly believing that nobody uses this in their day-to-day lives, the Reno 2 Z features the same gesture controls available on the original. This allows you to do things like open the camera by drawing a ‘O’ on a locked display, or pause music by drawing the pause icon, and you can add your own custom shortcuts too.

However, what we value most about the software is the ability to split the screen and use two applications at once, although it’s worth pointing out that support is app-specific and some apps, like Instagram, don’t support the multitasking function.

Only five months after the Oppo Reno Z was launched in the UK, the Chinese company has launched the second generation: the Reno 2 Z. While it’s not a complete redesign of the budget-friendly smartphone, the quad-cameras, improved internals and large battery make this a great incremental update.

Of course, the results are slightly less impressive than that of the flagship Reno 2, but that’s to be expected from a smartphone that costs £120 less. If you really are interested in great mobile photography on the budget, we’d recommend spending a little more and opting for the Oppo Reno 2.

But, if you’re not too fussed about having the most detailed images or playing the latest 3D games, the Reno 2 Z is a great option at an attractive price.