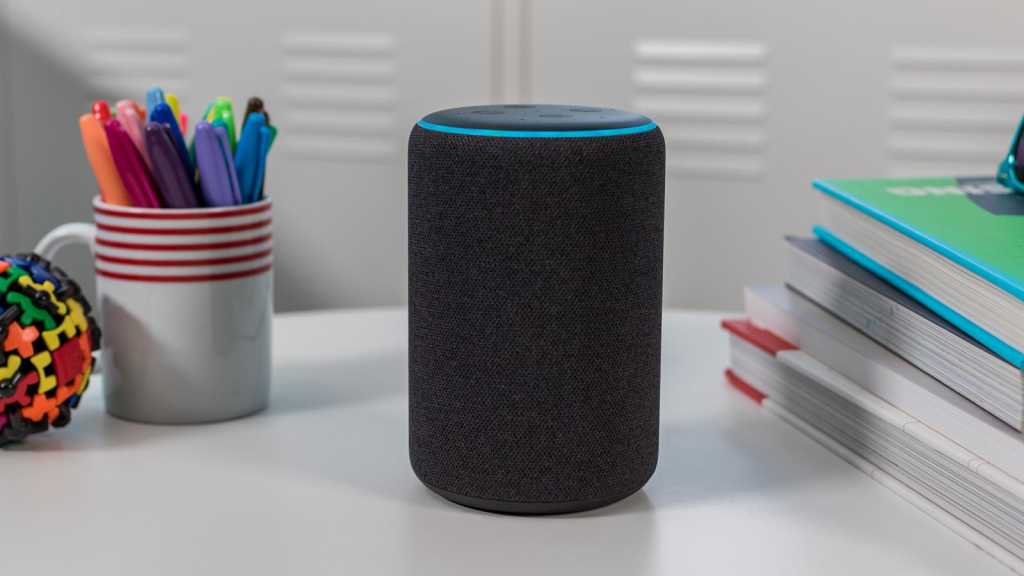 The third-gen Amazon Echo is a big upgrade on its predecessor, not only in terms of design but audio output, without an increase in price. You can’t swap out the fabric this time around, but we doubt the majority of users will miss the feature.

While the second-gen Amazon Echo offered similar functionality to Google Home, complete with removable faceplates, the company has opted to do things a little differently with the third-gen Echo. Wave goodbye to the removable faceplates and say hello to a more refined design reminiscent of high-end smart speakers like the Apple HomePod, and improved room-filling audio too.

We’ve spent some time being helped out by Alexa via the Amazon Echo 3, and here’s our full review.

The Amazon Echo 3 offers an improved design compared to the Echo 2; it’s slightly wider at 148 x 99mm compared to 148 x 88mm, giving it a sturdier, more refined look when coupled with the rounded edges and textured fabric body.

It features a fabric mesh coating and is available colours – Charcoal, Heather Grey, Sandstone and Twilight Blue – but be sure to select your favourite colour as, unlike its predecessor, the Echo 3 doesn’t feature a removable case. 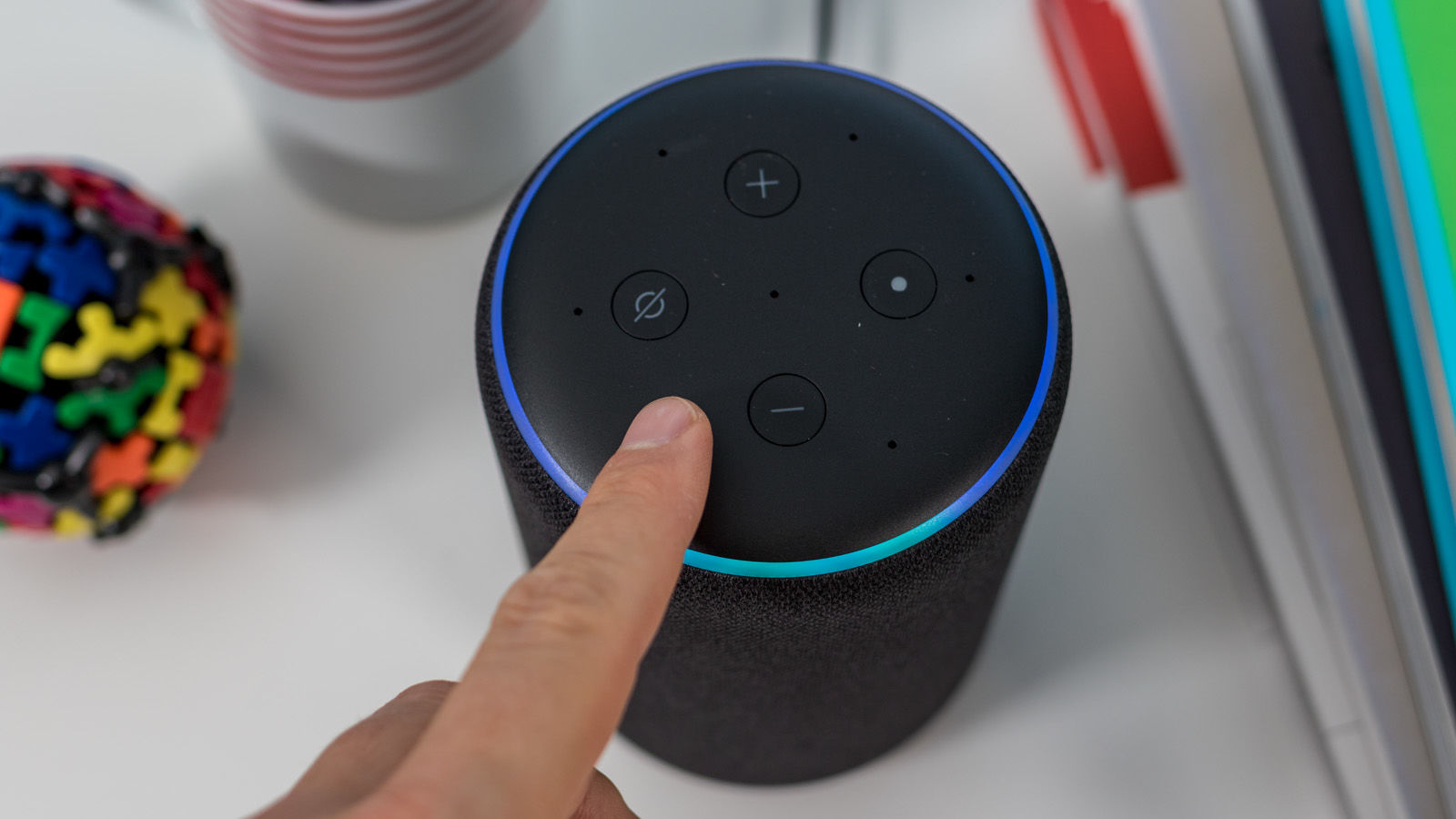 Although a permanent fixture, the rounded mesh fabric coating gives the Echo 3 a more premium finish, putting the design in line with premium smart speakers like Apple’s HomePod and Google’s Home Max. But unlike Apple’s premium speaker, you won’t find a touchscreen at the top – just buttons to control the speaker and the familiar array of beamforming microphones and, of course, a ring light to let you know when Alexa is listening, when you’ve got a notification and more.

If you think the design looks familiar, you’d be right; it’s the same design as the Echo Plus 2, Amazon’s premium second-gen speaker, and that extends to the speaker architecture too. Beneath the fabric mesh you’ll find a 3in subwoofer – 0.5in bigger than the Echo 2 – and a 0.8in tweeter to provide improved audio performance, but that’s something we’ll go into more detail about later.

In terms of connectivity, you’ll find a power connector on the side of the speaker alongside a 3.5mm aux output, allowing you to plug in any speaker for audio playback, and of course, you’ll find Bluetooth support too.

While the design is familiar, the setup process has been improved with the third-generation Echo speaker. Previously, you had to open the Alexa app, navigate to the Devices menu, select the product and connect your smartphone to the speaker manually via Wi-Fi, and it was all a bit of a faff. 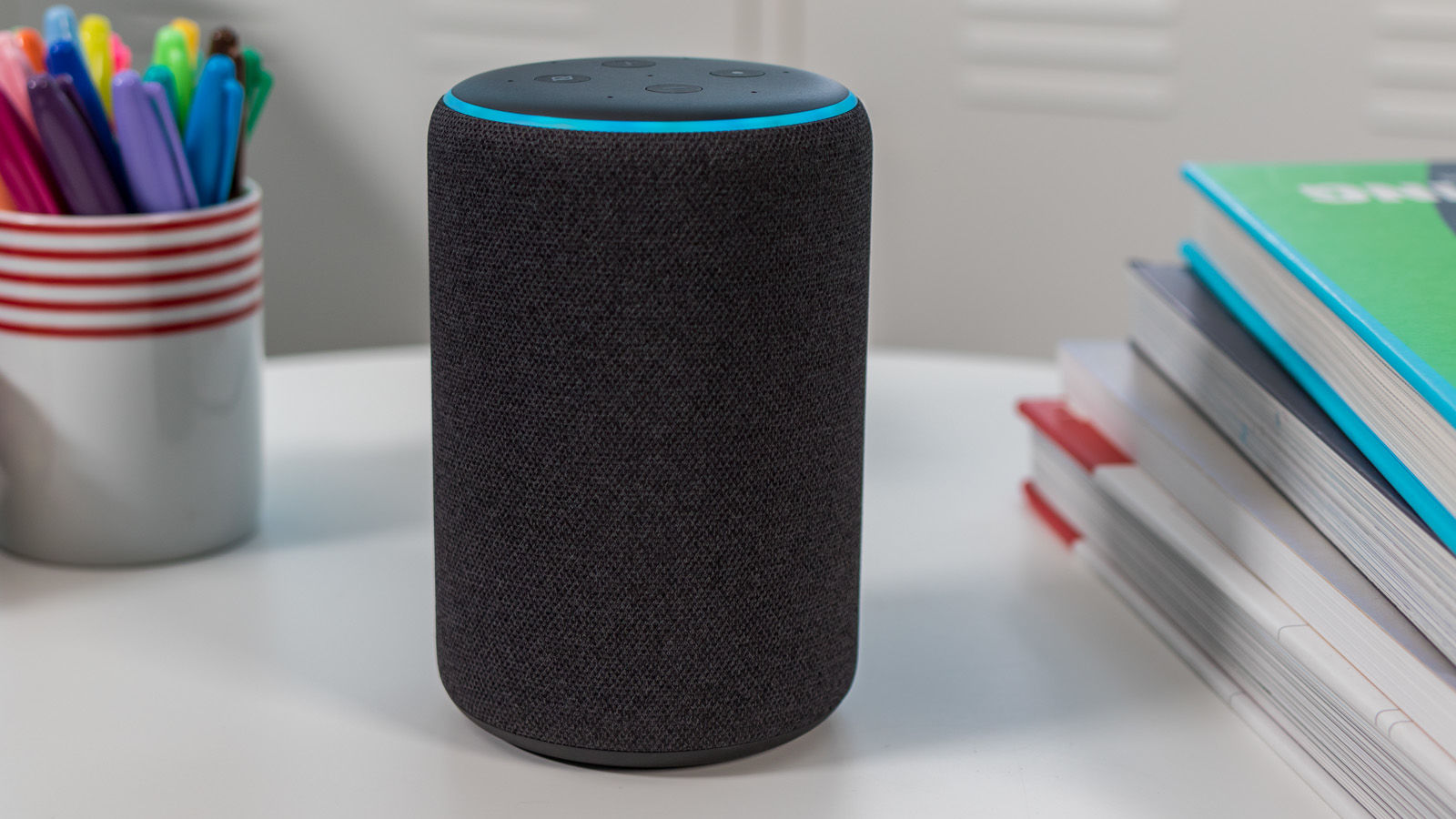 Now, though, you just need to enable Bluetooth and open the Alexa app on your phone. The app will automatically detect the new speaker and take you through the Wi-Fi setup process, linking the speaker to your Amazon account in the process. It’s very Apple-esque in execution, and reminds us of the AirPods pairing process on iOS.

The beamforming mics work well, even in challenging environments where multiple people are talking or when music is playing. You’ll find the occasional activation based on TV audio, but we’ve found that Alexa is generally smart enough to realise that it’s not a genuine request and shuts itself back off within a few seconds.

The Echo 3 provides access to a range of Alexa skills available via the Alexa app for iOS and Android that extend the functionality of the speaker. You can control smart home tech, get the latest weather and news, listen to Spotify, Apple Music or Amazon Prime Music, drop in to other Alexa devices in the home and more. These features aren’t specific to the Echo 3, of course, but it does give first-time buyers an idea of the capabilities of Amazon’s smart speaker.

Where the Echo 3 truly excels is in the audio department; as mentioned above, it uses the same 3in subwoofer and 0. 8in tweeter speaker setup as the second-gen Echo Plus. While we compared the audio quality of the Echo 2 to a £40/$40 Bluetooth speaker, the same can’t be said for the Echo 3.

Working with Dolby to produce and tune the speakers, the audio quality of the Echo 3 is impressive; vocals are crisp and defined, the bass is strong and punchy, and the improved back volume helps produce room-filling audio. The volume is decent too, although you do begin to lose clarity as you approach the maximum volume. 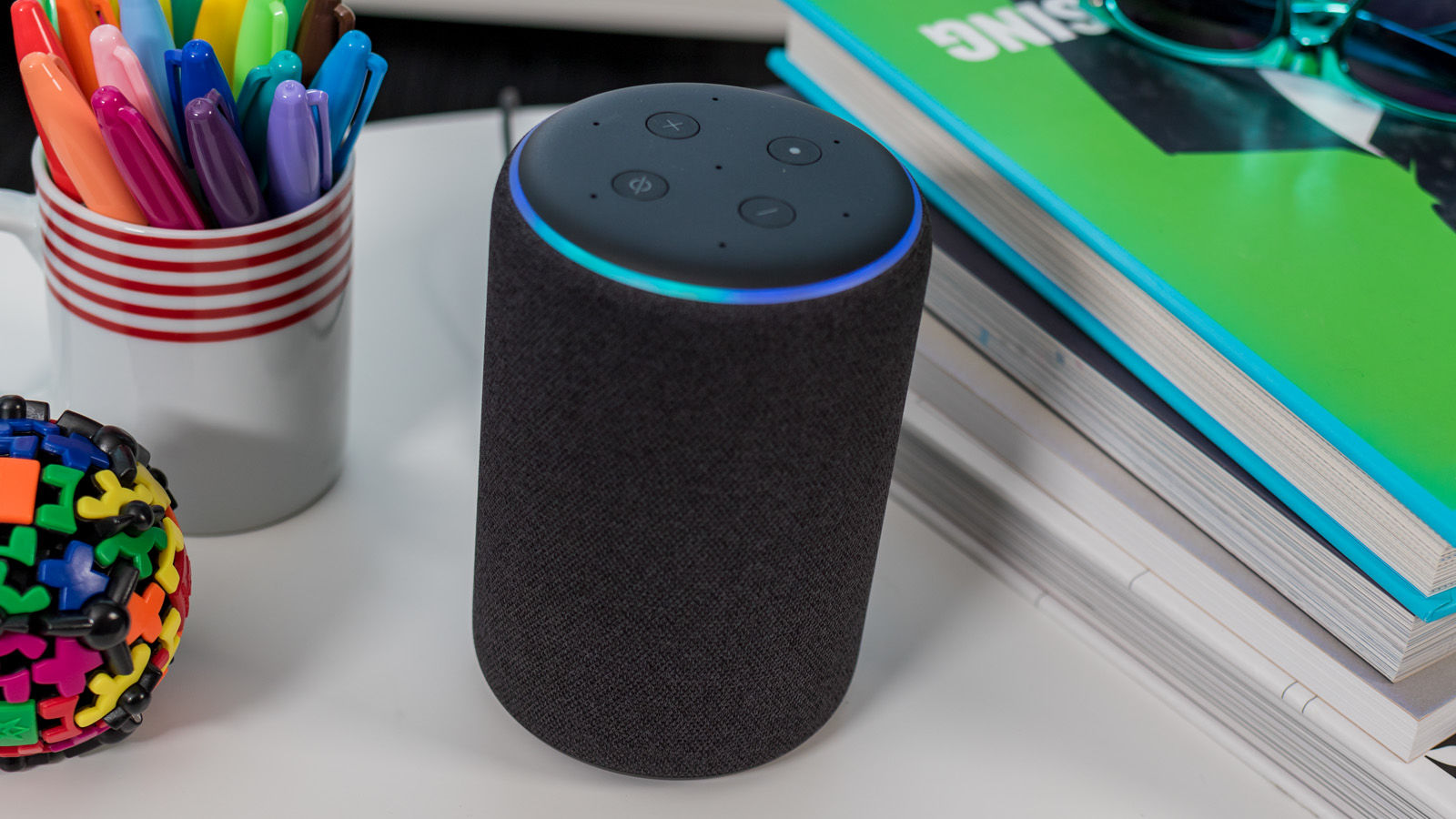 You’ve also got the option of pairing another Echo 3 or Echo Plus 2 for stereo playback which improves the audio experience tenfold, but there are bugs at the time of writing. During testing, we’ve found that music randomly cuts out on one of the speakers, and only pausing and resuming the song will fix the issue.

We imagine Amazon will fix this issue sharpish, and we’ll be sure to update the review if/when that happens.

The Amazon Echo 3 is a great improvement on the Echo 2 not only in terms of design but audio output too. It looks great (even if it is identical to the second-gen Echo Plus) and most importantly, an upgraded 3in subwoofer and 0.8in tweeter setup provides a mid- to high-end audio experience with crisp vocals and booming bass that was once exclusive to a £140/$150 speaker.

All that aside, the Echo 3 provides access to the ever-growing list of Skills available to download and extend the functionality of Amazon’s virtual assistant, allowing you to listen to music, control smart home gadgets and more.

If you’re still undecided, take a look at our selection of the best smart speakers for inspiration.