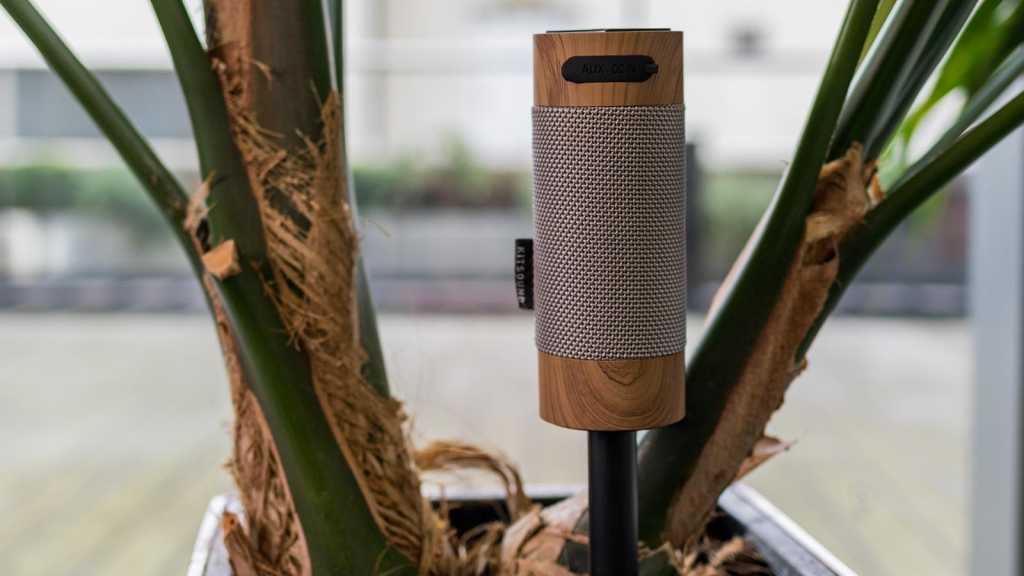 The Kitsound Diggit combines sleek, lightweight style with impressive sound – and it’s all the more impressive considering the  affordable price. The Diggit is portable and hardy, with a removable stake that lets you plant it in the ground and IP55 dust and waterproofing. It also offers clear and balanced sound, though the the bass is weaker outdoors.

The Kitsound Diggit’s design alone distinguishes it from other wireless speakers, with a removable stake that lets you anchor it into the ground. It’s also incredibly affordable. Yet, how does its audio quality compare? We take a look in our review.

There’s also the Diggit XL (£79.99/US$99.99) if you’re after a longer battery life, better Bluetooth range and multiple Diggit speaker connections (the XL can link up with over a hundred Diggit speakers).

It’s available directly from Kitsound UK and  Kitsound US at the full RRP, though you can find it cheaper on  Amazon,  Robert Dyas and Mobile Fun.

Also see our round up of the best cheap Bluetooth speakers. 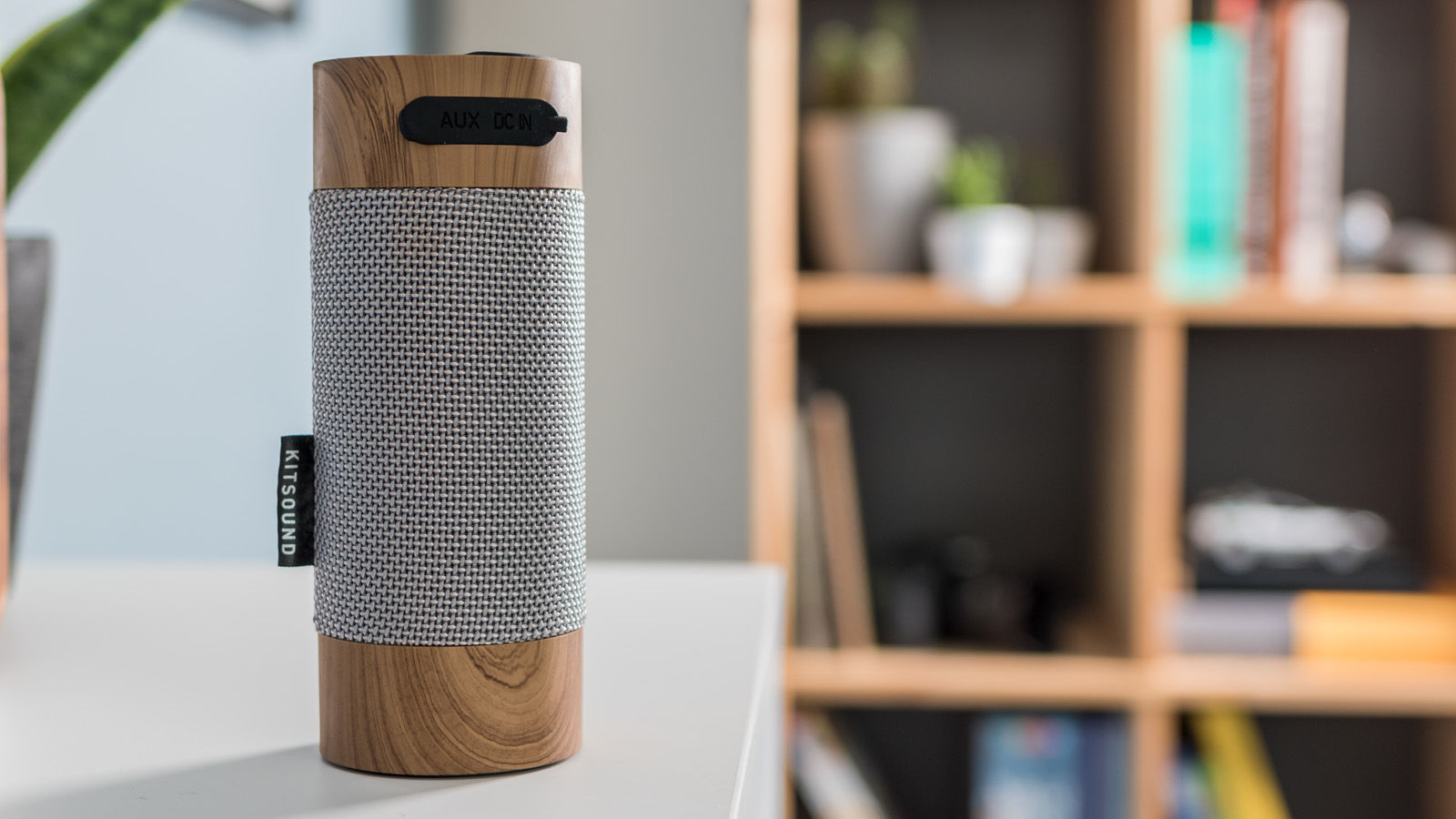 The Diggit’s defining feature is its removable stake. It’s a simple but clever solution to ensuring the speaker doesn’t get knocked over while being used in the unruly outdoors. While it may seem gimmicky to some, it does keep the speaker sturdy and upright while maintaining its 360-degree sound. It’s a good alternative to simply making the speaker bottom-heavy for stability (something you’ll find in the slightly more expensive Anker Soundcore Flare for instance).

The Diggit borrows its look from garden lights, and appropriately, has an LED ring light at the top that surrounds the volume, play/pause and power and control. The light is primarily an indicator though: it blinks while the speaker pairs, or if the audio is paused, and glows steadily when audio plays.

While the LED won’t light up your garden, it adds a nice touch, especially if you’re using the Diggit in the dark –  as it will help you see which buttons you’re pressing. It also helps that the buttons are large, clearly labeled, and set in alternating heights, making it idiot proof for even the clumsiest of fingers. 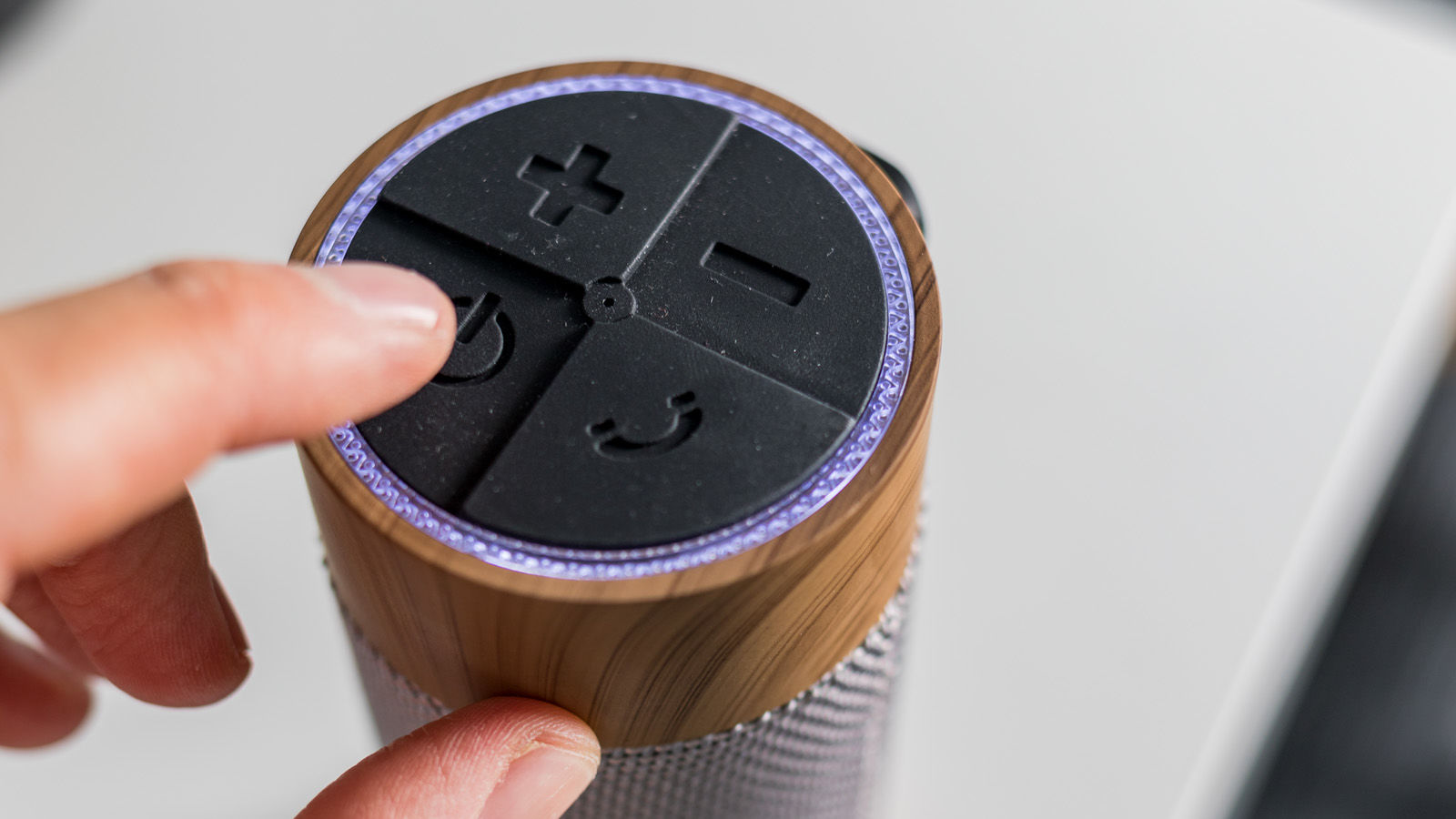 The mesh wraparound on the Diggit also gives it a sleek metallic look, though it’s fabric. The mesh texture doubles up to provide grip when holding the speaker. Thankfully, the Diggit is incredibly light and fits comfortably in one hand so you’re unlikely to drop it anyway.

As a device truly geared for the outdoors, the speaker also offers IP55 dust and waterproofing, which means it should hold its own in the rain – though we wouldn’t recommend dunking it in water. It’s better suited to poolside splashes than in the pool itself.

It also has an audio jack so you can plug a device in rather than use Bluetooth.

In our experience the Kitsound Diggit boasts a clear and fairly balanced sound, though it does better with the treble frequencies. The bass resonates, but don’t expect the thumping intensity of larger speakers. The Diggit, after all, is considerably compact. You also get a clear mid-range and crisp vocals.

The Diggit was also easy to pair, and doesn’t require an app. Without an app, you can’t control the EQ, like you can with other speakers like the Anker Soundcore, for example, but that’s hardly a deal-breaker. The Diggit isn’t intended for audiophiles to revel in its rich sonic complexities – it’s made for the student, the party-thrower, the average listener who needs an affordable way to blast playlists for friends on the beach or in the park.

Outdoors, the Kitsound is loud while maintaining clarity, but is best in close range – which shouldn’t be a problem if you’re gathered by a campfire or picnic. Indoors, where it’s quieter you will find that the audio sounds sharper at higher volumes, losing the richness of the bass. 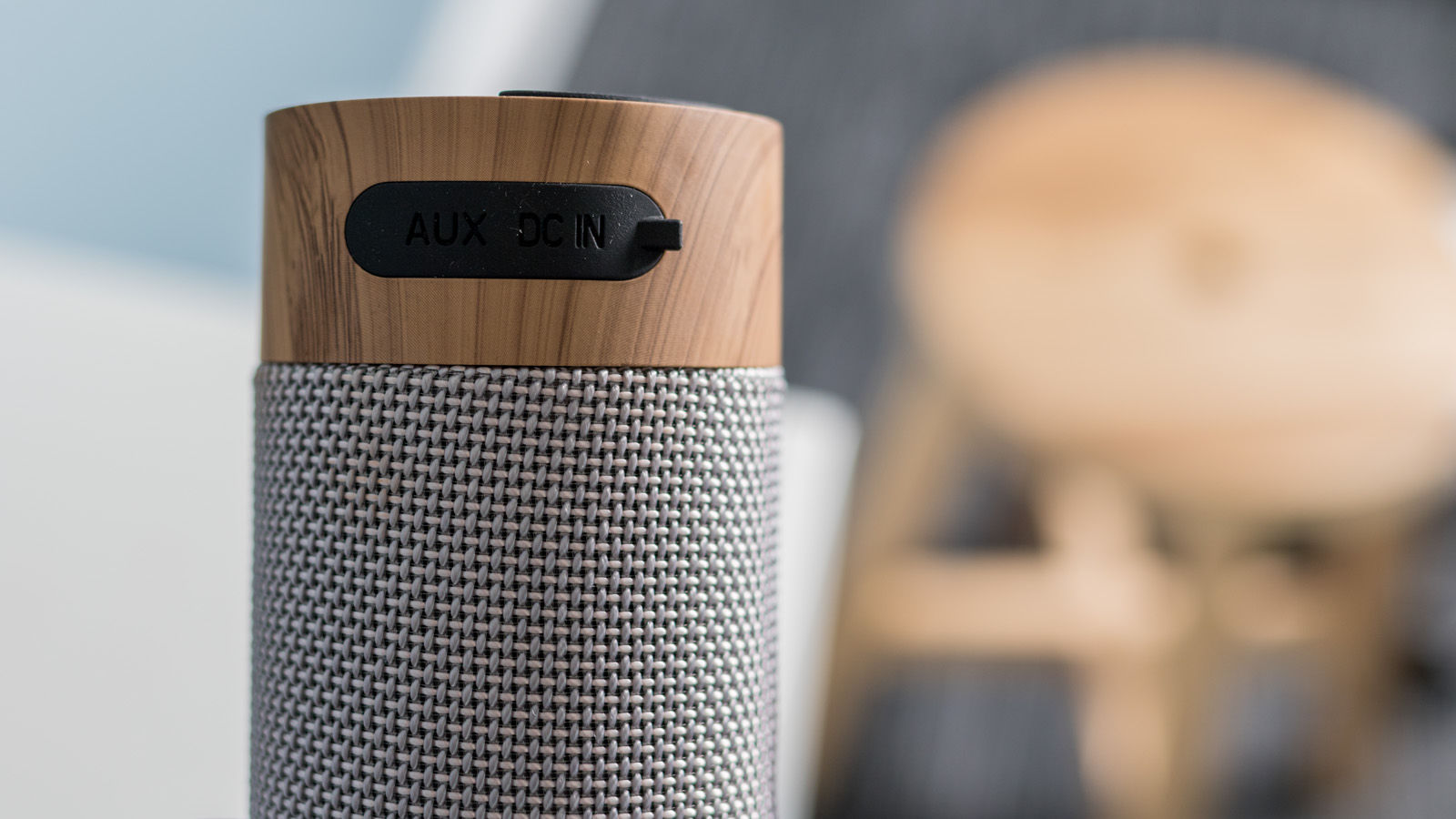 If you are using the Diggit indoors, you can remove the stake. A rubberized bottom lets you stand it up on a table or flat surface. It’s ideal for smaller spaces, like in the dining or living room, or a dorm if you’re a student. The Diggit also allows wireless stereo pairing. While we haven’t tested this for ourselves, as we only had access to one Diggit speaker..

We’re impressed with it’s battery life as well. The device promises 8 hours of play, which should be more than enough for most. In our experience, we left the Diggit unused for over a month and it still preserved 75% battery life. The Diggit charges via micro-USB.

We are fans. The Kitsound Diggit manages to find a compelling balance between style, audio quality and price.

The audio is balanced between bass, mid and treble ranges, though the bass suffers slightly at a higher volume. This shouldn’t be much of an issue if you’re listening outdoors, as the music would be ambient anyway. The wireless stereo pairing can allow for an extra boost should you need it.

The Diggit is a solid choice if you’re looking for an affordable speaker for picnics, get-togethers, and small parties. This undoubtedly makes it a great choice for students, but it looks classy enough to be used by anyone.