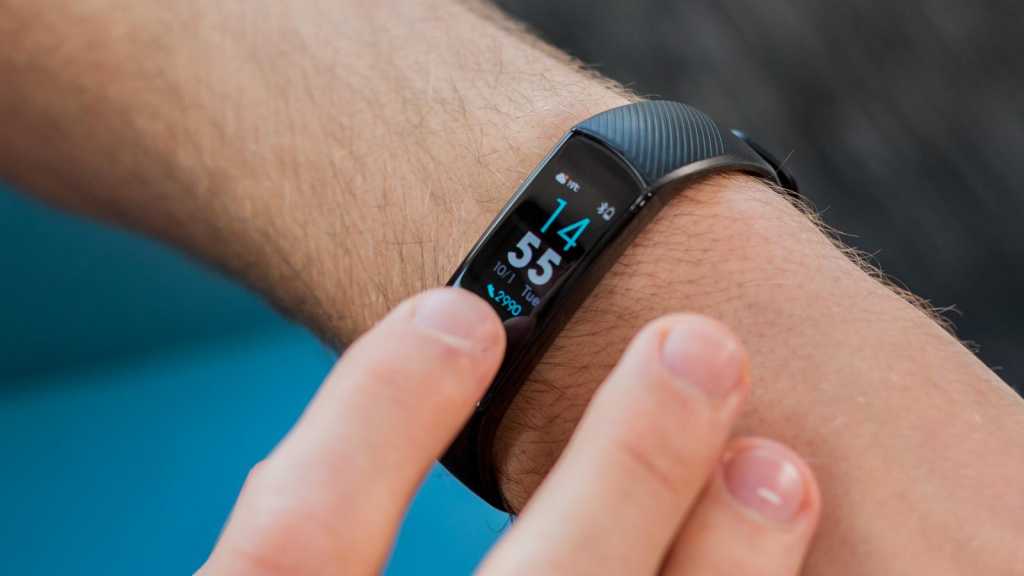 The Honor Band 5 bears more than a few design references to its predecessor, but that’s not a bad thing by any means. It provides an excellent range of workout options, dynamic sleep tracking and smart heart rate monitoring, while even adding premium features such as blood oxygen measurements.  There’s really no need to spend more unless you value high-end features such as a built in GPS or NFC, and if you can look beyond a handful of minor inconveniences the Honor Band 5 can be of huge value.

Huawei’s sub-brand, Honor, has forged a strong reputation in recent years for its high performing budget handsets, and that theme continues here with its wearables.

The Band 5 represents a low-cost entry route into the world of fitness tech, providing an enjoyable user experience for a fraction of the price of many bands.

The Honor Band 5 is currently available for just £25.38 ( US$30.99). This makes it one of the most affordable fitness trackers on the market, undercutting its main rival in the Xiaomi Mi Band 4. Fitbit’s cheapest comparable device, the Inspire HR, is more than three times the price.

If price is less of a factor for you, check out our best fitness tracker chart.

The device is available at a number of major retailers in the UK, including Amazon, TomTop and Argos. 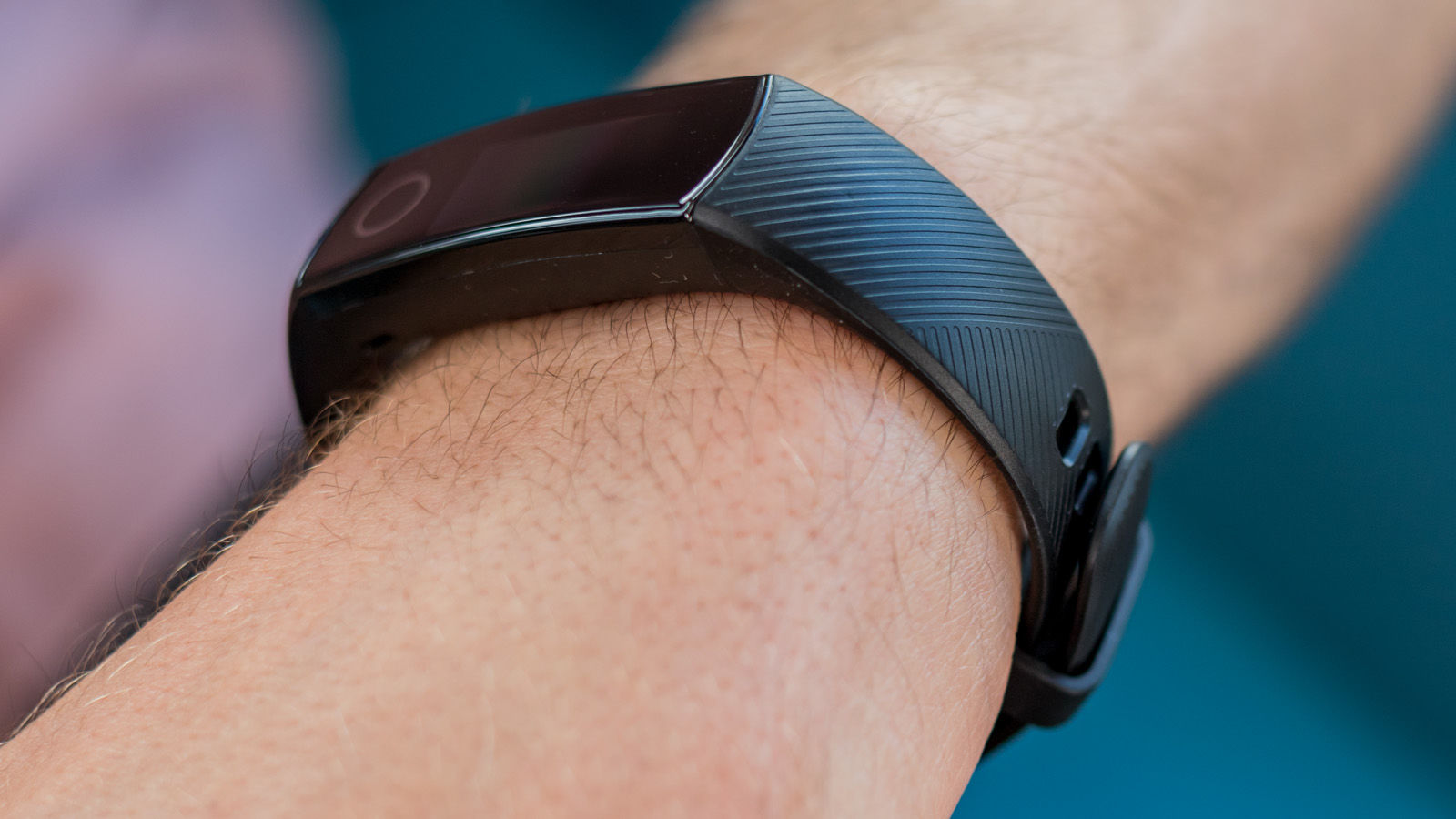 The Honor Band 5 is very similar to the Band 4 – in fact, if you own the previous version it may be hard to tell them apart.

It retains the 0.95in touchscreen found on previous versions, with a capacitive (touch) button below, acting as a back button for easy navigation.

It’s hardly a revolutionary design but remains relatively intuitive and easy to pick up for beginners. We didn’t have a problem navigating through the menus or customising the workout experience either.

On paper, the 120×240 AMOLED display may alarm a few coming from the world of ultra-high-resolution smartphone screens but on a device this small the clarity remains excellent. Presented information is always crisp and easily readable, without having to crane your neck or squint.

The sport band is not detachable, as is often available on more expensive fitness trackers, but this complements the minimalist design well.

The device is incredibly light too, weighing in at just 22.7g. It’s easy to forget about it being on your wrist, which is great considering fitness trackers generally aim to minimise intrusion.

We tested the Meteorite Black version but it’s also available in blue or pink if you’d prefer something a little more eye-catching.

The software on the Band 5 is very simple, bearing little resemblance to Huawei’s/Honor’s smartphone user experience, Emotion UI. Navigation between modes is achieved by swiping up or down on the display (the order can be customised), while the default watch faces can be swapped out for a generous selection via the Huawei Health app.

The band works in tandem with this app, a free download from Google’s Play Store. It can also be downloaded on the App Store, but the Band 5 is clearly optimised to be used on Android.

Provided you connect via the included Bluetooth 4.2, this provides in-depth health records and the ability to track your progress. However, without built-in GPS the band will soon lose connection unless you keep your smartphone’s location on. 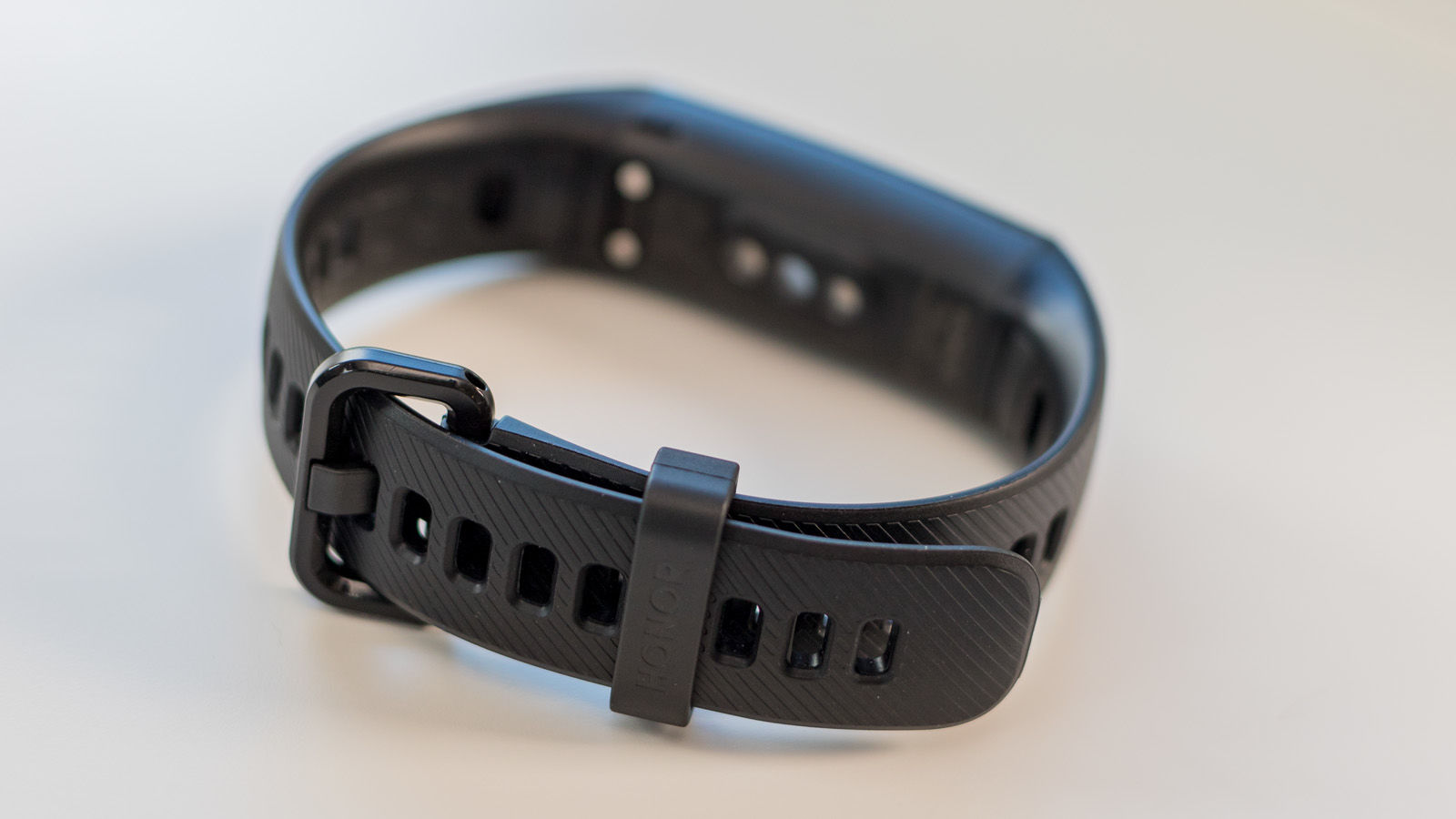 The vast majority of the Honor Band 5’s features are tailored towards fitness, offering a range of exercise options depending on your interests.

The heart rate measurements did seem a little unreliable, even when placed high on your non-dominant wrist, as Honor suggests. While resting heart rate was relatively consistent, in exercise it was more erratic despite being active at a similar intensity.

However, if you keep the continuous tracking on it evened out throughout the day to provide a good overview of your fitness level. Within this, there are two options: a ‘real-time’ setting to monitor at regular intervals throughout the day, or ‘smart’ mode which will modify the frequency of measurements according to your activity level.

The fact the Band 5 can dynamically adjust to the specific user is highly impressive for such an affordable tracker, and we found it to strike a good balance between consistent tracking and preserving battery life.

There are ten workout modes in total, including indoor and outdoor runs, rowing and indoor cycling. Interval training, thought to be one of the most effective ways to work out, can only be selected via the app.

When activated, these give you the option to select a target distance or time, providing that satisfying feeling of accomplishment when you hit your goal. 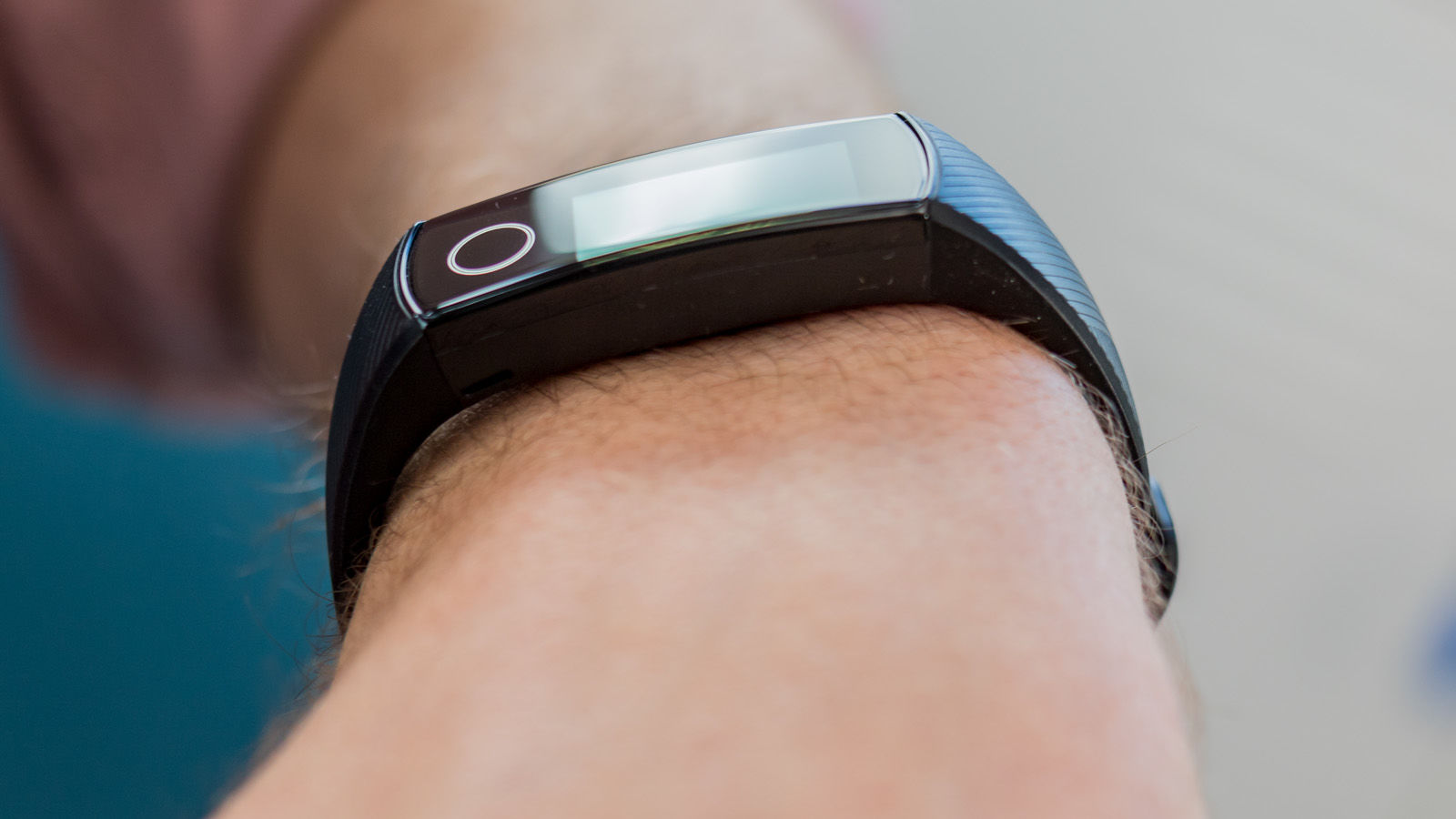 We looked in-depth at its functionality while swimming. Honor claims the band is water-resistant up to 50 metres but it lacks the official 5ATM rating available on the likes of the Xiaomi Mi Band 4.

The Band 5 performed strongly in the pool, keeping up with our progress well and remaining unobtrusive throughout. For the most part, it was a highly effective companion which gave us that extra motivation to keep going.

We did run into some slight difficulties if our swim was disrupted mid-length, as it was counted as a completed lap. According to the app, 25m was completed in just 18 seconds!

The pedometer is relatively effective at recording steps, not being fooled by violent up/down movements in the way your smartphone might. However, there was one notable exception, when the device’s step count increased by 17 steps when lying in bed!

If you’re looking for health insights beyond a step count or heart rate, you’ll have to start a walking workout. It was nice to get an overview of our average pace and calories burned while out and about but this is not something we could see ourselves activating regularly. It would perhaps be more effective for a genuine hike as opposed to a trip to the shops.

Additionally, the option for a notification when your heart rate is above or below a specified range is firmly in the “nice to have” category.

A recent software update added the option to measure your blood oxygen level (SpO2). Anything over 95% is considered a good metric of healthy function and it seemed to work well in our testing. Both SpO2 and heart rate measurements take approximately 30 seconds, constantly adjusting their readings throughout. 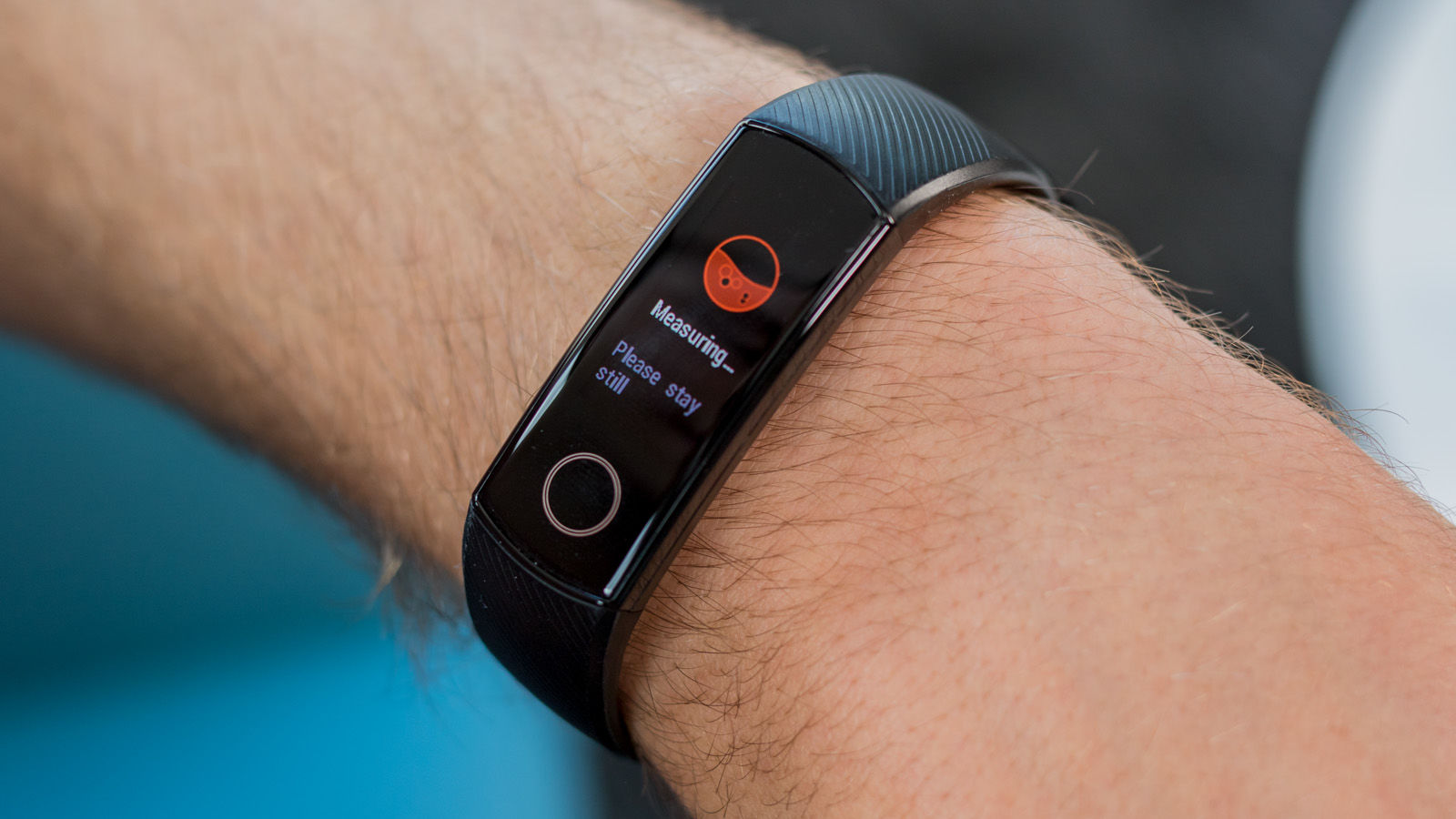 Not just for working out

That same software update provided the ability for direct music control, adding to the growing number of non-fitness features available on the Band 5.

Chief among these is TruSleep, Huawei’s advanced sleep tracking system which is designed to provide tailored insight into your sleep and offer practical suggestions for improvement.

We were very impressed with its automatic detection, and when we got a full night, the detail on offer through the app was excellent.

We were lacking in the deep sleep category, so it suggested we avoid large meals before bedtime. These are the types of suggestions you can expect; simple yet practical pointers which have been proven to positively influence your sleep.

However, anything under 3 hours is considered a ‘nap’, so getting out of bed in the middle of the night means it often resets, as there is no way to trigger TruSleep manually.

Besides this, Honor provides the option to display notifications for incoming calls or other activity on your phone but this has limited effectiveness considering the device’s size and the slightly clunky options to manage them directly from the device.

We also found it very annoying for our wrist to vibrate regularly, as would be the case in a live text conversation. This is the only option for alerts, as there are no speakers on the Band itself.

The option to set a stopwatch or timer is useful and being able to find your phone directly from your wrist will always be welcomed. Despite some limitations, these features do a good job of making the Band 5 seem more like a smartwatch than a pure fitness tracker.

The Band 5’s 100mAh battery seems small on paper but Honor claims it will last for up to two weeks on standby or six days, should you enable continuous heart rate monitoring or sleep tracking.

We used these features intermittently, in an attempt to simulate real-world usage and still had plenty of charge left after a week’s testing. The battery life held out as advertised, meaning we rarely gave a second thought to what percentage we had left.

However, when the time comes to charge it, it can be a little fiddly; with a micro-USB dock that has to be carefully aligned each time.

As a budget fitness tracker, the Band 5 lacks the built-in NFC and GPS found on more expensive devices. Whether these are deal-breakers will be down to you but we suspect most would be more than satisfied with the feature-set on offer.

The Honor Band 5 is a compelling device, offering everything most fitness beginners are looking for and more.

However, there are just one too many inconveniences for it to claim the title of budget champ.

Normally, we can forgive these shortcomings as it’s so affordable but it becomes harder to recommend when there’s such fierce competition among cheap fitness trackers..