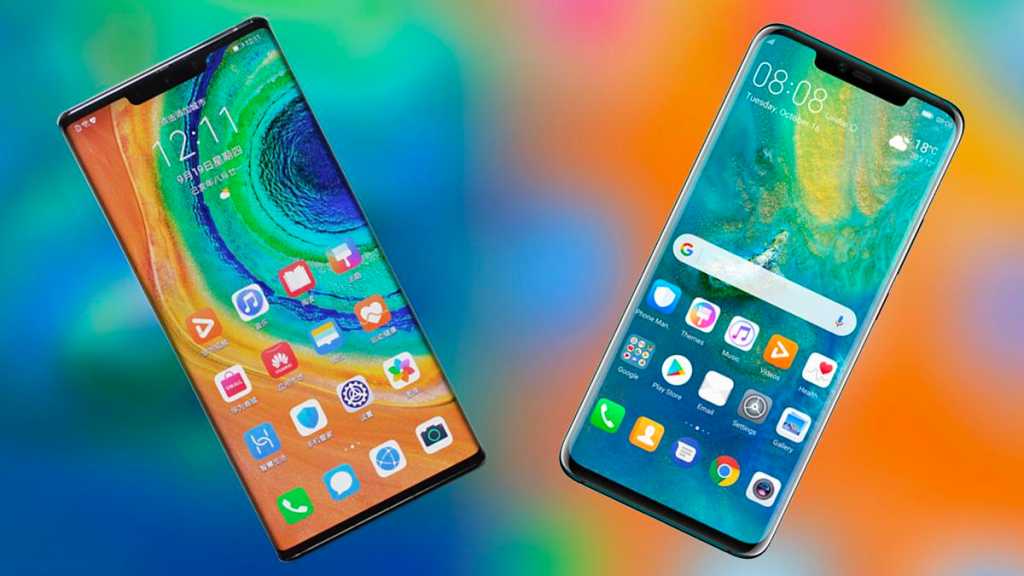 Huawei’s created yet another fantastic flagship offering in the Huawei Mate 30 Pro, which boasts innovation – seen in elements like its new Horizon Display, a killer camera and superb performance. Without Google Play Services out the box and uncertainty as to when they might return, however, the now markedly more affordable Mate 20 Pro might be the smarter purchase in this comparison.

The freshly launched Huawei Mate 30 Pro brings heaps of innovation to the table, designed to supplant 2018’s Mate 20 Pro in every way, but there’s at least one huge caveat that might make you think twice when choosing between this year’s and last year’s Mate.

Despite releasing some of the most powerful Android devices in the business, Huawei’s phones typically depreciate faster than your average iPhone, meaning the now-year-old Mate 20 Pro can be had for far less than its original asking price of £900. Nowadays, the 6GB RAM/128GB storage SKU of the Mate 20 Pro cleanly sails under the £500-mark, meaning it comes in at almost half the price of the new Mate 30 Pro.

We now know that the Mate 30 Pro costs £899 in the UK and will be available from late February in Space Silver from Carphone Warehouse. While stocks last, customers will get a free pair of FreeBuds 3 wireless earbuds (in white) and a free Watch GT 2 (46mm Black Sport Edition) worth over £350 together.

For the superior 8GB of RAM and 256GB of storage it possesses out the box, the Mate 30 Pro comes with an asking price of €1099 in Europe. There’s also a 5G variant of the phone (an option that simply wasn’t available for 2018’s Mate 20 series) with the same storage and memory configuration costing €1199.

The introduction of the Mate 20 series brought with it a distinctive new ‘squircle’ (a square with rounded corners) camera module that may have indirectly made a lasting impression on Apple’s and Google’s design teams, if this year’s iPhone 11 series and upcoming Pixel 4 family are anything to go by.

In place of a pill-shaped bar of cameras, like the one seen on the Huawei P30 Pro, the Mate 30 Pro continues the trend set out by its predecessor, but this time surrounds its array of sensors with a circular black bump that itself is accented by what Huawei is calling a ‘halo ring’; designed to evoke the stylings of a traditional camera lens and body. Whilst we’re not wholly sold on this particular analogue, it’s hard not to be reminded of another cameraphone powerhouse from years gone by, the Nokia Lumia 1020.

Beyond their distinctive cameras, both phones draw on current flagship design trends, with thin aluminium frames sandwiched between curved glass, front and back.

There’s IP68 dust and water resistance present on both devices too, which is welcomed; along with the absence of a headphone jack and a reliance of each phone’s respective USB-C port for audio instead. Huawei was generous enough to include a USB-C to 3.5mm headphone jack adapter in the Mate 20 Pro’s box, along with some headphones; with 2019’s Mate, you’ll only find the latter.

The Mate 30 Pro, debuts Huawei’s new ‘Horizon’ display technology, where the sides of the screen curve sharply down over the edges of the phone, reducing the visible metal frame to a mere sliver along each side (compared to the Mate 20 Pro). While the newer Mate benefits from bezels that are a fraction of the size of the 20 Pro’s, the screen’s new form does mean there’s next to no room for any physical controls.

Huawei has still managed to squeeze a power button on there but instead of the Mate 20 Pro’s tactile volume rocker, the Mate 30 Pro requires that users double-tap the edge of the phone’s Horizon display in order to bring up an on-screen volume slider that’s manipulated by touch.

This change means the volume controls aren’t fixed to one side of the Mate 30 Pro, making them more accessible to both right and left-handed users. The use of virtual controls also means they don’t always have to solely serve raising and lowering the volume, accommodating a camera shutter function, among other things too.

On the flip side, there are some inherent issues by nixing a physical component like this. Feedback is diminished, with haptic vibrations only going some way to minimising this issue. When summoning the volume slider whilst using the phone in landscape, the controls themselves don’t appear next to the area you’ve just tapped, making for a confusing experience from an interaction standpoint that most users will no doubt find jarring.

Huawei has also included the ability to use the ‘tap-and-drag’ gesture when the screen is off, but it was only through experimentation that we discovered this; not to mention such alternatives don’t really solve the problem of trying to surreptitiously adjust your phone’s volume when it’s in your pocket or bag without having to look at what you’re doing.

Beyond these fundamental hardware differences, the Mate 30 Pro adopts a far harder, sharper, more squared appearance compared to both of its predecessors; in a similar fashion to the way Samsung’s Note devices appear far more broad-shouldered when set alongside their Galaxy S-branded siblings each year.

Aside from the near bezel-free new display, there are a couple of key similarities when viewing these devices face-on: each possesses a notch at the top and an in-display fingerprint sensor. The Mate 20 Pro was one of the first Huawei phones to employ such technologies, offering true 3D face unlocking in a similar fashion to Apple’s Face ID.

The Mate 30 Pro incorporates a more efficient version of this same technology into a notably narrower notch, whilst its in-display fingerprint sensor is both quicker and more conveniently located compared to the Mate 20 Pro; nearer to the bottom edge of the display. Reliability seems to be about the same between both sensors.

Huawei has become increasingly generous with the battery capacities on offer from its high-end phones and that’s evident here, with the Mate 20 Pro’s already-capacious 4200mAh cell getting trumped by an even larger 4500mAh offering in the Mate 30 Pro.

Paired with the new, more efficient Kirin 990 processor, the latest build of Android (version 10) and Huawei’s latest Emotion UI 10 (which includes some zealous power management), you can expect even greater longevity and performance from the newer Mate.

Huawei has even upped the fast-charging credentials on the 2019 Mate, with quicker 27W fast wireless charging (compared to 15W on the Mate 20 Pro) and improved reverse wireless charging – another feature first seen on the previous Mate. Both phones still make use of excellent 40W fast wired charging too, which means the Mate 30 Pro takes a fraction longer to charge as a result of its slightly larger battery capacity.

For the time being, the Mate 20 Pro still runs on the older Android 9 with EMUI 9.1 on top but has been confirmed to be receiving a free upgrade to EMUI 10 at some point. Where the 20 Pro pulls out in front is down to the fact that it sports Google Play Services and thus grants instant access to the Google Play Store and the millions of apps that most western Android users are accustomed to.

For most other Android phones, this trait is a given inclusion, the absence of which would take most new users by surprise. The Mate 30 Pro (alongside the standard Mate 30) is the first real victim of the US government’s block against Huawei, meaning Google Play Services and everything that entails is absent from the phone out the box.

We’ve already shown how easy it is to reinstate such a fundamental part of the Android experience for users outside of China but in the real world, most prospective Mate 30 Pro owners will likely pass on the phone solely because such functionality isn’t present from the outset.

One area that’s hard to argue with is the camera setup on the new Mate device. The Mate 20 Pro’s 40MP/20MP/8MP camera setup is still excellent, but the new Mate 30 Pro (with its 40MP/40MP/8MP/3D ToF setup) is capable of producing nicer stills, offers better low-light capture and significantly more robust video recording; not to mention, it’s the only phone capable of up to 7680fps super-slow-motion video recording.

The Mate 20 Pro is still a superb smartphone that doesn’t really suffer from any major weakness. There are more powerful, capable devices one year on from its release and the Mate 30 Pro is the perfect example of such improvements, save for the absence of those all-important Google Play Services.

Until the effects of the US government’s ban are lifted, Huawei is going to continue to release phones that lack what most users would consider an instrumental part of the Android user experience. The Mate 30 Pro will unquestionably see success over its predecessor in its local market of China, but for the time being, elsewhere the Mate 20 Pro, with its native Google compatibility and impressive price reduction, might make for a more suitable purchase for most.

Check out our reviews of both the Huawei Mate 20 Pro and Huawei Mate 30 Pro for more insight.