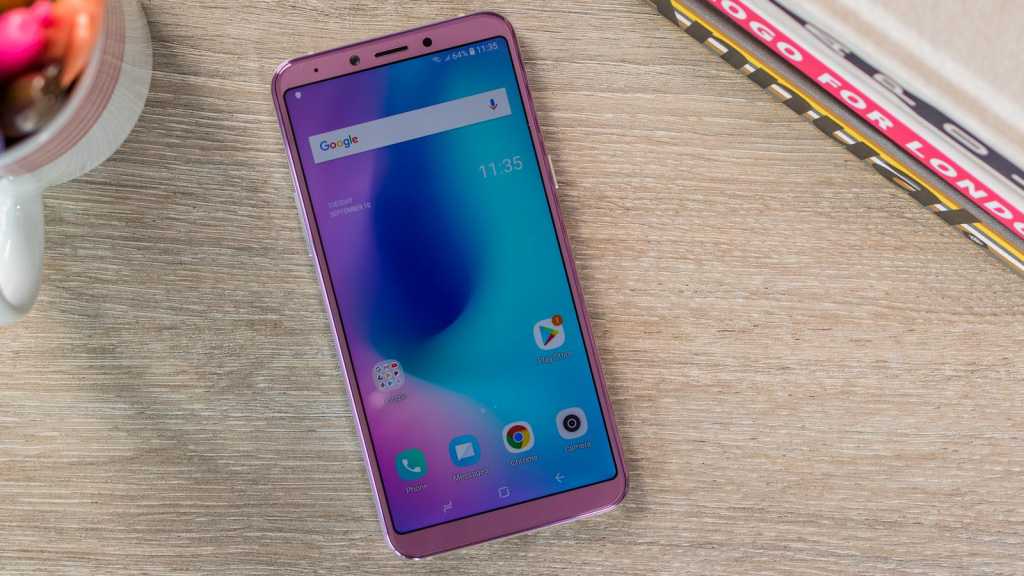 No, at least not if the security patch issue we experienced on our review model is commonplace. Otherwise, for less than £200/$200 you’re getting a good level of performance thanks to the Snapdragon 660, and the expandable storage and dual SIM will be a draw for some. It’s a mark of the impressive advances in this area though that we’d recommend picking from one of the wide range of other excellent budget-level phones, such as the Xiaomi Redmi Note 7 or Elephone U2 rather than this Samsung offering.

Samsung has an almost bewildering range of models in its current smartphone catalogue. From the four devices that make up its Galaxy S series to three new Note handsets, there is certainly no shortage of choice. The Galaxy A6S is another one to add to the list, but this one comes with a curious distinction, in that it’s the first Galaxy phone not to be made by Samsung themselves. We take a look at the outsourced model that may struggle to make it to our shores.

At the time of writing the Galaxy A6S isn’t officially available in the UK or USA but can be imported from the likes of Gearbest, which is a trusted Chinese retailer with a proven track-record of exporting technology to the West.

Why would you want to go through all the trouble of importing a device from China? Well, the £165/$199 price tag may well be a tempting reason. It’s unclear if Samsung will ever make the Galaxy A6S a standard option outside of the Asian market, but as it’s available through other sellers we thought it worth seeing if you should go hunting for one or not.

As we mentioned earlier, this is the first Samsung branded phone not actually made by the company. Instead the Korean giant decided to outsource its production to Chinese manufacturer Wingtech which already makes devices for Xiaomi.

Out of the box, the Galaxy A6S looks every bit a Samsung mid-range phone. You won’t find the curved Infinity-O display that adorns the Galaxy S and Note range, but the flat 6in Super AMOLED panel is surrounded by minimal bezels and has no interruptions from notches or punch-hole camera apertures.

A metal chassis is sandwiched between the front and rear glass casing, sadly the latter doesn’t mean there’s wireless charging on this particular model, but you do get a USB-C port, single speaker, dual SIM/MicroSD slot, and a 3.5mm headphone jack.

The rear panel is home to a fingerprint sensor, which is positioned a little too high in our opinion, and twin cameras. There’s no waterproofing on this model, but that’s hardly a surprise at this price point.

Samsung offers the Galaxy A6S in a range of colours, including Black, White, Blue, Red, and the fetching Purple that adorns our review model. The rear is mirror-like and catches the light rather spectacularly at times, but we’d say the colour is much closer to Pink that Purple.

One thing to note: the A6S is a slippery bugger. Not so much in the hand, but when placed on a flat surface the device slowly begins to creep towards any edge. This is not entirely unusual for the sleek modern construction of smartphones, but we’d advise putting a case on it to avoid any expensive leaps from tabletops.

The budget phone market has seen a serious increase in quality recently, thanks mainly to an influx of impressive offerings from Chinese manufacturers like Huawei, Xiaomi, and Honor. This means that expectations are a bit higher now when it comes to the choice of components and features.

Samsung fits the A6S with a Qualcomm Snapdragon 660 Octa-Core processor, aided by an Adreno 512 GPU. This is a solid chip that also powers the Xiaomi Redmi Note 7, Nokia 7.2, and Asus ZenFone Max Pro M2, so it’s in good company.

6GB of RAM is also impressive, with the 64GB of onboard storage completing the trifecta of decency. Of course, the latter can be expanded by a further 256GB via microSD, improving the spec sheet even further.

We ran our standard suite of benchmarks, which returned the following results.

As you can see, performance was very similar to the other devices fitted with the Snapdragon 660, which is how it should be. In general use the A6S is a solid performer which can cope with the majority of everyday apps and tasks without getting bogged down. It’s fine for light gaming, but graphics-intensive titles may prove a bit of a struggle when the action heats up. That being said, we played PUBG quite happily on medium settings with no noticeable slowdown.

In our GeekBench battery test the A6S lasted for six hours and thirty minutes, which is obviously a lot shorter than if you were using it in a normal fashion. Throughout our general testing the device happily made it through the day, so there shouldn’t be any problems in that regard. Sadly, there’s no fast charging available, so it will take at least a couple of hours before you can get the unit back up to 100% after the battery is drained.

Maximum brightness measured 370 lumens, which should be plenty to keep even a sunny day at bay. Of course, you wouldn’t want to run it that bright (especially if you want your battery to survive the day) but using the Auto-Brightness setting often resulted in a dull screen that failed to impress. The best idea would be to set the level yourself and adjust it according to your surroundings. We did the latter and found that the colours and legibility were very usable. Sure, it’s not going to compete with the AMOLED panels of higher-end Samsung devices, but there’s little to complain about when you remember what it costs.

We couldn’t determine the type of glass used, which suggests that it may not be the hardened Corning Gorilla Glass used on many other Samsung phones. If that’s the case, then we recommend fitting a screen protector and trying not to drop the device.

The A6S comes equipped with two cameras, the main 12MP f/1.8 shooter and a 5MP depth sensing camera to help with portrait modes. In strong light, the results were acceptable and portrayed colours nicely. Focus had a tendency to be slightly soft, and when trying to capture any closer objects it became hit and miss which part of the scene the camera selected as its target.

We shot a countryside scene on a rather rainy and dull afternoon and were a little disappointed by the quality, as zooming in to crop out parts of the image wasn’t really possible due to the soft focus and lack of detail in the shot.

The selfie camera is again adequate, having a tendency to blow out some of the detail and throw a pale cast on the images.

Video footage is limited to 30fps on either 2160p or 1080p. Focussing is good, but panning does see a lot of frame dropping, resulting in juddering footage. Still, if you want to catch a quick video to put on Instagram or Snapchat then it will do the job.

Android 8.1 is the pre-loaded operating system on the Galaxy A6S, which does put it a bit behind the curve, especially with Android 10 now released. Samsung has always been somewhat slack at keeping up with the latest versions though, so it’s possible that updates will arrive in due course. We just wouldn’t hold our breath for them to turn up any time soon.

This particular model displayed a boot-up message when first turned on, offering the chance to pause the loading of the operating system. This looked very similar to when you flash a new ROM on a phone, which was somewhat daunting. We contacted Gearbest and told them about the issue, but they assured us this was normal or at least normal for China.

We have to admit, having reviewed several Chinese devices, that this still left us a little uneasy. We also struggled to install an update to the OS, with the process failing at the same point on several occasions. Checking the device status revealed that the last security patch update was back on October 2018, which is far too long for a device to be open to potential vulnerabilities.

OS quirks aside, Android 8.1 is still a very good experience for users, with plenty of power and helpful features. Samsung’s Experience interface is not quite as refined as the current One UI found on the 2019 models, but if you’ve used one of the company’s devices in the last few years then you’ll be right at home on the A6S.

Such is the quality and aggressive pricing of the budget phone market today, that importing cheaper models from overseas isn’t quite the bargain it used to be. The Galaxy A6S is a solid device if you’re looking for something cheap with decent performance.

That being said, the sub-par cameras are less enticing and the strange operating system quirks make it impossible to recommend unless the security patches can be brought up to date.