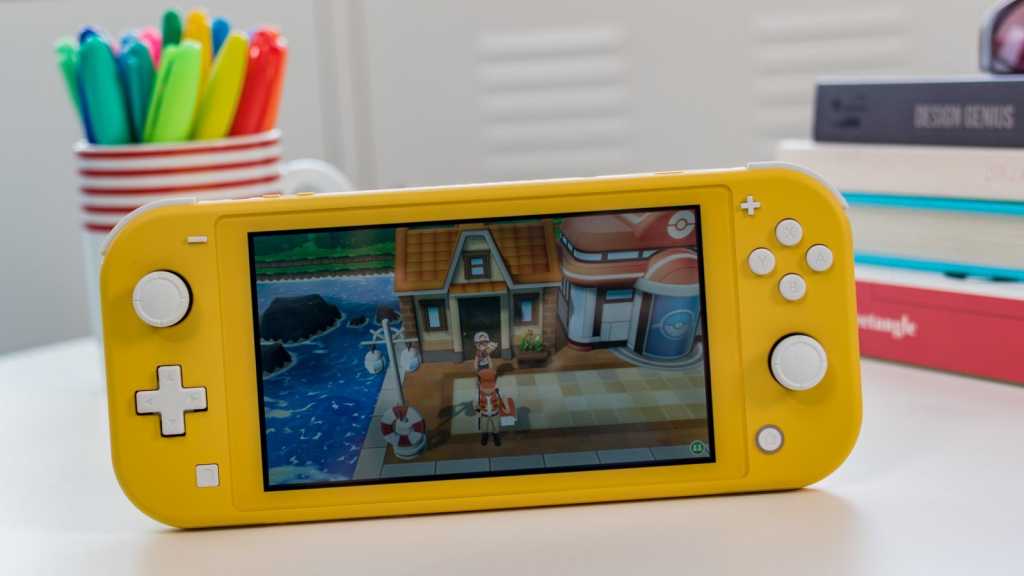 The Nintendo Switch is a great portable console that you can fit into most pockets and provides the cheapest way to get into the Switch ecosystem, but it’s let down by stripped-back features that make it incompatible with some Switch titles.

We’ve spent a lot of time with the Nintendo Switch Lite asking ourselves this very question, and here’s what we think.

The Nintendo Switch Lite is the cheapest way to get into the Nintendo Switch ecosystem at £199/$199, and if that wasn’t enough, there are already a variety of deals that give you more bang for your buck. Our favourite at the time of writing bundles the Switch Lite and Zelda: Link’s Awakening for only £219 at Currys PC World.

For those that already have a plethora of Switch titles and just want the console, you can pick up the Switch Lite right now from Nintendo, GAME, Amazon and other third-party retailers in the UK, along with Amazon and Best Buy in the US. 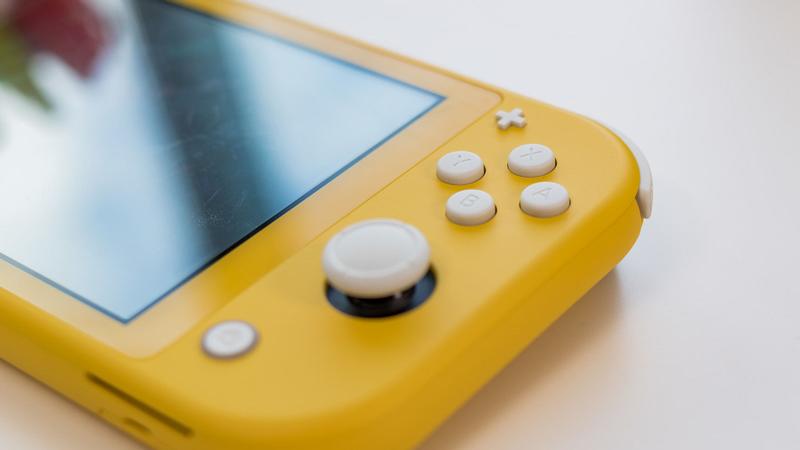 It’s the Switch, but Lite

The Nintendo Switch Lite shares the same broad design aesthetic as the standard Nintendo Switch, but in a smaller, lighter, more colourful form factor. While the standard Switch can be a little too big to transport depending on whether you’ve got a rucksack to hand, the Lite’s 208 x 91.1 x 13.9mm body is compact enough to fit into some jacket pockets.

That’s perfect for the on-the-go nature of the handheld console, but to make it fit, Nintendo had to shrink the already small display.

The Switch Lite sports a smaller 5.5in LCD display compared to the 6.2in display of the standard Nintendo Switch, and while we were initially dubious about a downgrade of size from an already relatively small 720p display, it does still provide an immersive portable gaming experience – although we could imagine struggling to see smaller elements in large-scale games like The Witcher 3: Complete Edition when it comes out later this year. 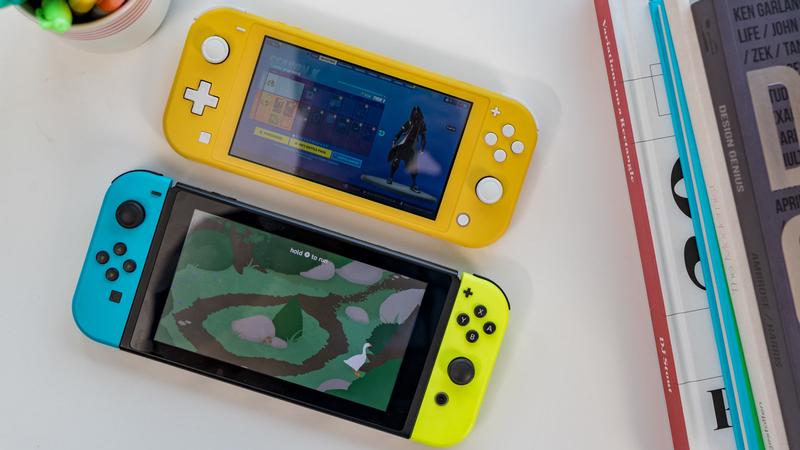 It’s not all doom and gloom though; the smaller form factor of the Lite means it’s noticeably lighter than the standard Switch at only 275g. While that may still sound relatively weighty, it’s actually slightly lighter than the Xbox One controller that shipped with the console at launch in 2013 (280g).

When you consider the fact that Switch Lite has the grunt to power a mid-range portable gaming experience, that’s an impressive feat, and it’s one of the most noticeable design changes when you first pick up the console.

Along with the more noticeable changes of the Lite console, there are a range of smaller changes including the removal of the kickstand (and replacement standard microSD card slot) and a redesigned directional pad, featuring joined buttons instead of separate buttons. That brings the directional pad of the Switch Lite in-line with older Nintendo devices while also making it easier to use without looking at the controller itself. 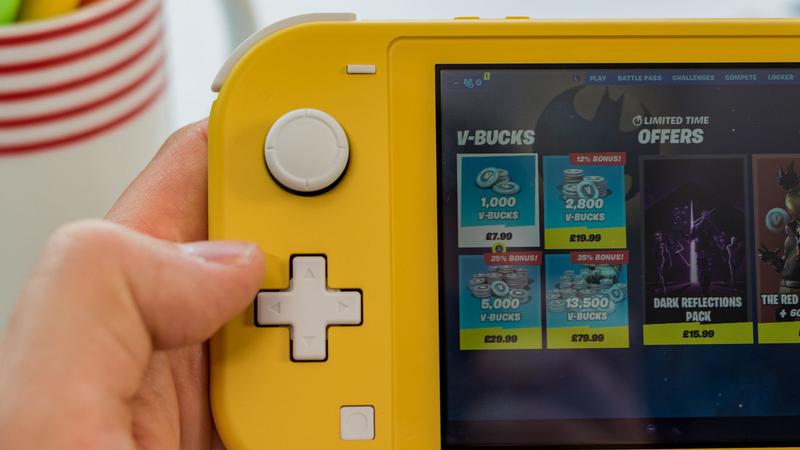 The compact form factor of the Switch Lite is great, but to achieve it, Nintendo had to remove much of what makes the Switch special as a console.

The most obvious omission is the hybrid functionality that lets Switch owners go from a portable console to a home console via the use of a dock and easily removable Joy-Cons. That simply isn’t possible with the handheld-only Nintendo Switch Lite, meaning you’re locked to the 5.5in 720p output of the display. Don’t even bother trying to attempt your own workaround either, as a teardown of the console has revealed that it doesn’t feature the hardware to offer TV output. 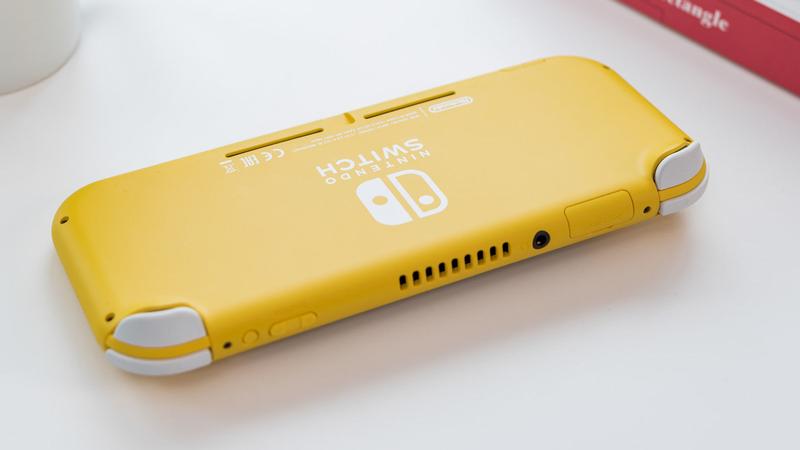 The Joy-Cons are also non-removable, as mentioned above, which is probably the biggest disappointment of the Switch Lite. The controllers are built-in on the Switch and thus can’t provide a local two-player experience without splashing out on additional Joy-Cons or a Pro controller.

That also means that you can no longer use the Joy-Cons to simulate movement in games, whether it be the action of throwing a Pokeball in Pokémon! Let’s go Pikachu or throwing punches in ARMS. That’ll apply to upcoming games that utilise the feature too, including Nintendo’s own spiritual successor to the Wii Fit, the Nintendo Ring Fit Adventure. Oh, and you can forget about using the suite of Cardboard accessories too.

You can, admittedly, buy a separate set of Joy-Cons to connect and use with the Switch Lite, but at around £70/$60 a pop, you’d just be better off buying the standard Nintendo Switch.

It can limit the number of games that you’re able to play, and at the time of writing, there’s no easy way to tell whether any game on Nintendo’s eShop are compatible with the Switch Lite. 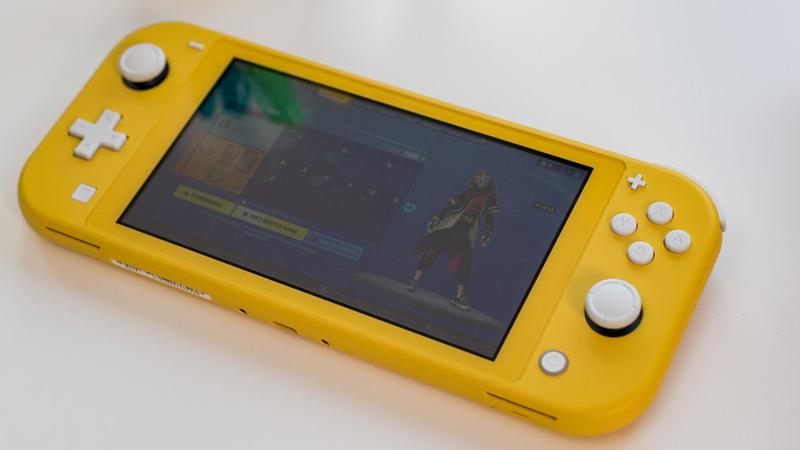 And while it’s not as big a deal as other missing features, the Switch Lite also misses out on the Rumble HD motors of the standard console. The haptic feedback isn’t crucial to the gameplay experience for the majority of Switch titles, but it was a nice immersive feature to have.

Our biggest concern is that developers may decide against implementing movement-based features in future Switch titles, especially if the Switch Lite matches the standard console in terms of popularity. We’ll just have to wait and see…

The Lite keeps on going

One of the benefits of the Switch Lite is extended battery life compared to the original Nintendo Switch, which we imagine is due to the removal of features like Rumble HD and motion input along with the smaller display.

In terms of specifics, the Switch Lite sports a 3,570mAh battery that Nintendo claims can last around seven hours per charge. That number depends on the game you’re playing, as a game like Zelda: Breath of the Wild will drain the battery quicker than something more simplistic, which makes it a hard metric to test. 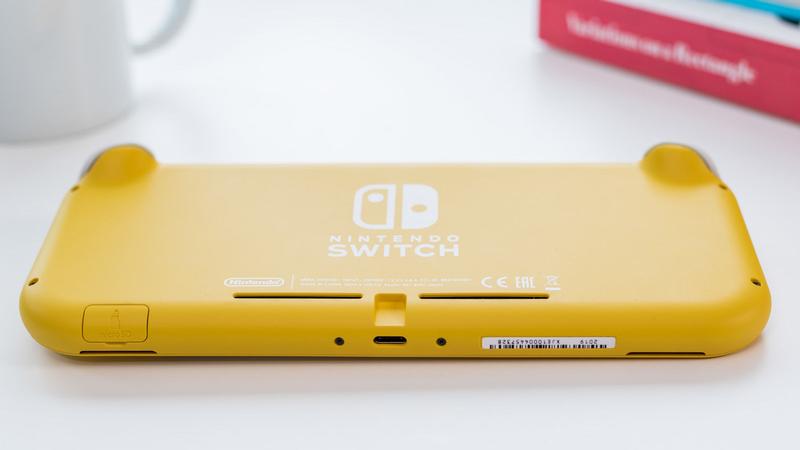 We didn’t hit the coveted seven-hour mark during our time with the console, but it did manage around five-and-a-half hours of Pokémon Let’s Go! Pikachu before requiring a top-up.

Despite not living up to the seven-hour claim, the Switch Lite generally seems to last a little longer than the original Nintendo Switch, although some Switch Lite reviewers have noted that the updated 2019 variant of the standard Switch does last longer.

Without the hybrid functionality, there’s no need for the dock, making the charging process a little more basic than what Switch fans may be used to. It’s admittedly a small issue, but one that buyers should be aware of before making the purchase. 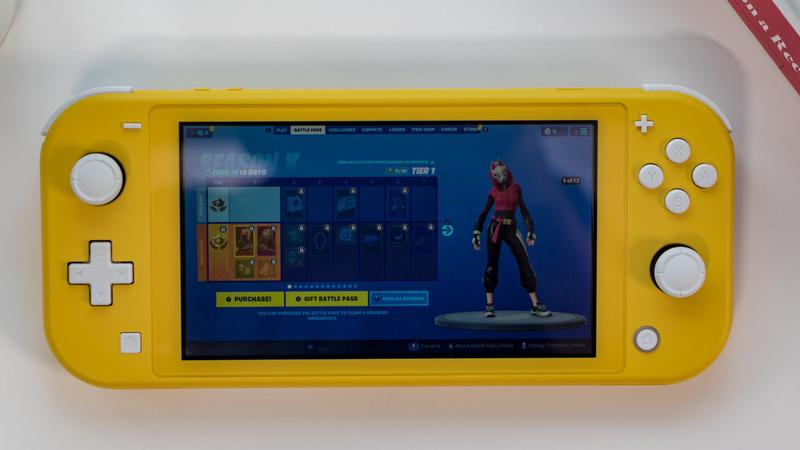 The Nintendo Switch Lite is a great handheld device that provides the core Nintendo Switch experience in a compact, travel-friendly form factor. The 5.5in display is smaller than that of the standard console, but it’s not small enough to ruin the immersive experience on offer by the console – although you may struggle to notice smaller items in some games.

Crucially, the redesigned form factor means the Switch Lite fits into the majority of pockets, enhancing the pick-up-and-go appeal of the handheld-only console.

But while we appreciate the lightweight and portable design, Nintendo has sacrificed what many fans consider to be the defining features of the Switch, including the hybrid nature of the console, the removable Joy-Cons, advanced motion support and Rumble HD motors.

This also means that the Lite has compatibility issues with games that require one of the aforementioned features, locking players out of unique Switch experiences like Cardboard and the upcoming Ring Fit Adventure.

So yes, it’s the cheapest way to get into the Nintendo Switch ecosystem and yes, it does provide a better portable experience than the standard console, but there are some sacrifices you’ll have to get over if you pick one up.