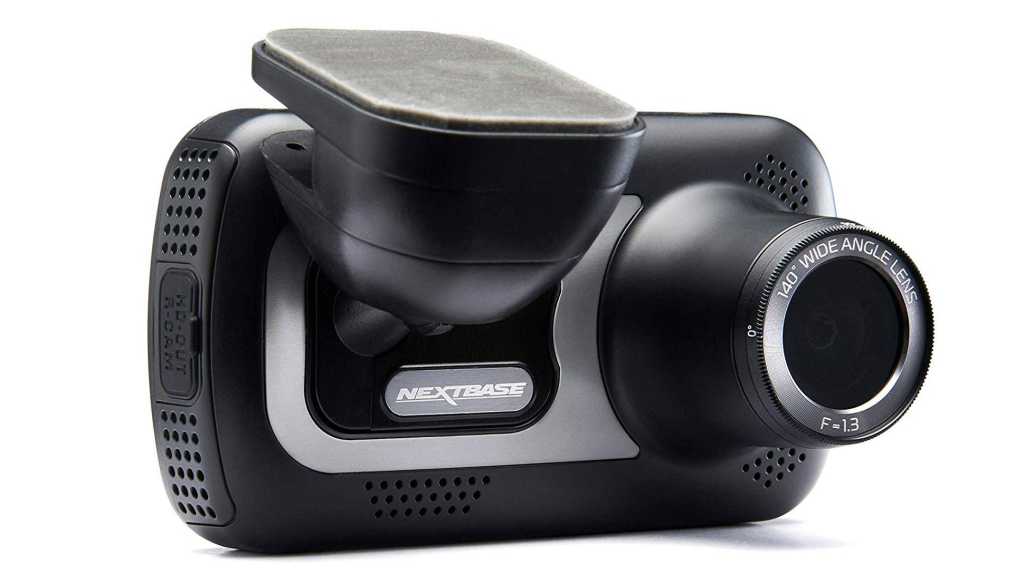 The 522GW is very similar to the £20 cheaper 422GW, gaining a bigger touchscreen and adding a polarising filter. If those are on your wishlist, it’s worth the extra, but for most people, the 422GW is just as good.

The 522GW is the current flagship dash cam in Nextbase’s Series 2 range. It will at some point become a step down from the top when the company releases its 4K-capable 622GW, but is the best on offer right now.

Like the 422GW that we’ve reviewed already, the 522GW has all the bells and whistles of the new range, including built-in Amazon Alexa, the ability to notify the emergency services if you’re in a serious collision and the option of one of three rear-facing cameras.

The rear cameras cost £50, no matter which of the three you pick: the wired one, the cabin one or the Rear View model.

There are often bundles where you get a rear camera and the 522GW together, so watch out for those.

Where many dash cams hug the windscreen, the Nextbase 522GW opts for a slightly more traditional design, but it’s still fairly compact and you should be able to tuck it behind a rear-view mirror where it isn’t in the way.

But as it has a 3in touchscreen, you’ll still want to put it where you can access it and – if you choose to – it can display your speed using the GPS receiver on the screen instead of showing the view from the camera.

There’s a choice of suction mount (top right, below) or the recommended adhesive one (bottom left) that ensures the camera remains stuck to the windscreen even in a collision. And the dash cam attaches to the mount via strong magnets, so it can be removed from sight without unplugging any cables.

Obviously, if you want to use the intelligent parking mode you’ll have to leave it in place and the internal battery will allow it to operate for a couple of hours without power from your car’s accessory socket.

This means the dash cam can have a constant power supply, but will automatically cut out if the car’s battery drops below a certain level so it won’t flatten it. This allows the parking mode to run for a lot longer – even a couple of weeks.

In terms of the video quality, the 522GW records at 1440p at 30fps, but you can lower the resolution to 1920×1080 and increase frames per second to 60, which can help to make registration plates more legible when driving faster. But it isn’t the ideal mode at night, as it means images are darker than when recording at 30fps, and there is no way to automatically switch between the two.

All rear cameras are 1080p, but this will only be recorded if your front camera is also set to record 1080p. If it’s set to 1440p, the rear camera feed will be adjusted to 720p. These plug into the right-hand side of the 522GW, which is probably fine if you’ve bought the wired camera, but the rear or cabin view cameras may end up behind the rear-view mirror, which fully or partially blocks their view. Nextbase does offer an extension cable to mount these remotely, but you’ll have to get in touch with tech support as it’s not sold as an accessory.

The 522GW has a built-in polariser – unlike the similar 422GW – which helps to reduce reflections from the windscreen. None of the rear cameras have a polariser.

One noteworthy upgrade from the Series 1 dash cams is a 10x GPS receiver, which means your position is updated 10 times per second. That’s good as it means it plots a much more accurate version of your route which could help to prove who was at fault in a collision.

This is the first range of dash cams to have Alexa built in, and it means you can ask Alexa all the sorts of questions and make the same requests you do on an Amazon Echo smart speaker. From streaming Radio 1 to turning on your smart lights and finding out the weather forecast at your destination, Alexa can perform some useful duties while driving.

In the Alexa app you can now enable the Nextbase skill which unlocks the ability to get Alexa to do dash cam-related things such as starting a recording or taking a photo.

What you’re probably wondering is how exactly Alexa works on a dash cam which doesn’t have an internet connection. Well, as you might guess, it connects to your phone via Bluetooth 4.2 and uses your phone’s data connection.

Bluetooth also routes Alexa’s responses to your phone, but microphones in the dash cam itself receive the voice input. In an ideal world, you’d pair your phone with your car’s Bluetooth so Alexa – and any music you stream – will be heard through your car’s speakers and not your phone’s.

Setup can either be problem-free or fraught with annoyance: it seems that sometimes it works and sometimes it doesn’t. This is also true once set up. Sometimes you can jump in the car and it will work, other times Alexa appears to be deaf to requests.

Another first for a dash cam is integration with the emergency services in several countries. Again, this works in conjunction with your phone and the MyNextbase app.

Should your car be in a violent collision, the G-sensor on the dash cam will be triggered and the paired app will monitor your phone’s movement as well. If the alert isn’t dismissed within a certain period of time, and your phone remains motionless too, a simple text message will be sent giving the details of the location of the incident and whatever personal information you have agreed to provide, which could include vital data such as your blood type.

Until now, these systems have been largely restricted to built-in safety systems in cars with embedded SIMs, so this is a great way to add the feature to a car that doesn’t have it.

One aspect that hasn’t seen much – if any – improvement over the Series 1 models is image quality. However, that isn’t a major problem as it is still good overall. As mentioned, you’ll have to change the resolution from the 1440p default to 1080p if you want to connect a rear camera and have that record at its maximum of 1080p. If you don’t, the rear camera will record at 720p instead, and we found that offered decent enough quality and meant you could still get the best quality from the front-facing camera.

It goes without saying that image quality is best in bright daylight, where registration plates are almost always nice and clear. The 140° lens means you have to be relatively close to the car in front for the plate to be large enough to read, but the trade-off is that a nice wide-angle view of what’s happening on the periphery is captured as well.

At night, quality is considerably worse – because a small lens and sensor can capture only so much light. So as with virtually every dash  cam you can buy, it’s hard to make out details including registration plates when the sun has gone down.

As far as the rear cameras go, the best quality comes from the wired model, which you attach to your vehicle’s rear window. But if you don’t want to do that, or can’t for some reason (such as your car is a convertible), then the Rear View camera plugs into the 522GW directly and uses a 30° zoom lens to record the view out of the rear. This is what the footage looks like when the roof is down in a convertible:

Because of this, quality is not on a par with the wired camera, but it’s still useful to have. Finally there’s the cabin view camera which has a much wider-angle lens to capture the passengers in the car, and is better suited to Uber drivers or taxis.

There’s one small problem with the latter two cameras for UK drivers because it plugs into the right-hand side of the dash cam. This often means their view is blocked or obscured by your rear view mirror, so you either have to mount the dash cam further left to the passenger side of the car, or below the mirror, where it can obscure the driver’s view of the road.

Nextbase does have a workaround for this: an 200mm HDMI extension cable which can be requested from tech support and which allows the rear view and cabin view cameras to be mounted remotely somewhere more suitable.

Even at £149, the 522GW is good value and you can find it cheaper. The rear cameras push the price up, but the total cost is still competitive with many dual-camera dash cams.

This isn’t true in the US, however, where you’ll pay almost twice as much as in the UK, and most other dual-channel dash cams are better value. But if you just want a front-facing camera and like the idea of the extra features, you won’t be disappointed.