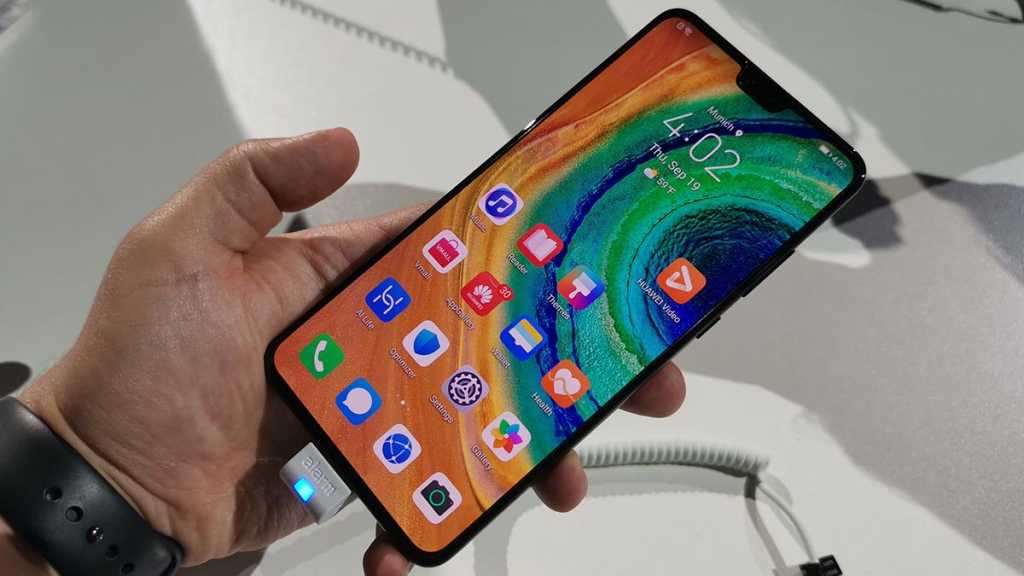 An excellent phone that gives you most of the Mate 30 Pro experience in a more affordable package, but whose success outside of China hangs in the balance. If the US government’s ban against Huawei isn’t lifted, the Mate 30’s lack of Google Play Services will be a black mark against its appeal on store shelves, when compared to the scores of rival high-end Android devices that do offer a more tailored Google-laden experience. If this doesn’t bother you or you’re comfortable attempting to side-load Play Services onto the phone when it launches, then every other aspect of the Mate 30 is geared to offering you a capable, powerful overall experience.

The long-rumoured Huawei Mate 30 series has finally launched, manifesting as both the Huawei Mate 30 Pro and the more modest Mate 30. Despite its standing in the shadow of the ‘Pro’ model, the standard Mate 30 still packs plenty of punch in its own right and comes with a significantly smaller price tag.

Chances are, you’re already aware of Huawei’s current predicament and with the US government’s partner ban still in effect, the Mate 30 (like the Pro model) is hitting the market without Google Play Services onboard. While this has next to zero impact on prospective users in China, where Play Services are never included on Huawei’s phones to begin with, practically every other market in which the company currently operates, makes use of them.

As a result, without the know-how to sideload Google’s app suite and how doing so might misbehave with the Mate 30’s own software, most users will find the pre-loaded Android 10-based user experience without Google’s influence limiting, even with the capable hardware on offer.

The ideal scenario right now is that Huawei finds a way to alleviate the US government’s concerns about its products and practices in order to lift the ban, allowing new devices like the Mate 30 to regain access to Google Play Services and Google’s suite of apps and services.

Like its launch sibling, the Mate 30 is a premium blend of glass and metal with a larger footprint than the Pro model thanks to an expansive 6.62-inch display. There’s no ‘Horizon’ branding here to speak of (the name used by the Pro model to define its screen’s steeply-curved edges).

In fact, the phone’s flat (2340×1080) OLED panel, paired with a narrow notch (housing a 24MP front camera, earpiece and secondary depth camera) means the phone is ideal for enjoying media.

The panel itself offers support for the full DCI-P3 colour space, plus HDR support is present as standard. Outpacing the Pro model, Huawei says the display is designed to obstruct 65% of the display’s harmful blue light emissions.

There’s also a new colour rendering engine for more accurate colour representation too. In practice, both new Mate devices pack gorgeous visuals and for some, the Mate 30’s flat display will likely be preferred to the sharply-curved edges of the Mate 30 Pro’s Horizon panel.

Despite featuring a more traditional earpiece than the Pro’s acoustic display technology, Huawei hasn’t blessed the Mate 30 with stereo loudspeaker audio, meaning without headphones (there is, at least, a 3.5mm headphone jack) output only comes from the speaker grille on the phone’s bottom edge.

Based on experience with Huawei’s other recent devices, this should prove more than enough to get most users through a heavy day of use, not to mention the excellent fast charging will get you back up and running after only a brief time at the wall plug or on a compatible fast wireless charging pad (Huawei also unveiled some 27W SuperCharge wireless charging products alongside the Mate 30 Series, including an in-car cradle with a motorised grip).

I can see your halo

Like the Mate 30 Pro, the phone’s camera array is surrounded by the series’ new defining design element, the ‘Halo Ring’, which reflects light in a circular pattern around a triple camera arrangement.

It’s a nice touch, meant to evoke the classic Leica cameras that are tangentially associated with Huawei’s top devices. While the link seems tenuous, in-person the effect is no less eye-catching, creating a look reminiscent of the once cameraphone king, the ill-fated Nokia Lumia 1020.

As for the module itself, it’s fronted by a 40MP ‘SuperSensing’ main sensor with an f/1.8 aperture and the same RYYB pixel setup as the P30 Pro’s primary snapper, accompanied by both a 16-megapixel ultrawide sensor and an 8-megapixel (80mm) telephoto sensor, supported by OIS (optical image stabilisation).

To round out the main camera, Huawei’s included a laser autofocus system too.

While the Mate doesn’t possess the unprecedented optical zoom capabilities of this year’s P30 Pro (it offers up to 3x optical zoom and 30x digital zoom – which is still very impressive), it does have promising macro shooting abilities (able to get as close as 2.5cm to a subject) and the larger sensor size, compared to its competitors should allow for superior low-light performance –  talent that Huawei has already won the crown for amidst the current top smartphone shooters on the market.

As already mentioned, Huawei is still unable to include Google Play Services on any of its new devices; a malady that affects both members of the new Mate 30 family.

While there will, no doubt, be methods for tech-savvy users to side-step this block until it’s officially lifted (if it’s officially lifted), for most prospective Mate 30 owners the lack of Google experiences and the integration that Play Services typically lends to Android outside of China hugely diminishes the phone’s appeal.

Until such a time as the ban is lifted, Huawei is taking steps to minimise the shortfall of apps, although the efforts it’s placing upon its own App Gallery app store will take time to really prove beneficial. The company is incentivising developers to add their apps to App Gallery quickly and offering greater revenue shares compared to both Apple and Google (85% compared to 70%) for those that do so.

More immediately, the Mate 30 does, at least, launch as one of the first phones running the latest Android 10 operating system, whilst also debuting the company’s new EMUI 10 user experience on top. Highlights include new user interaction polish and a dedicated dark mode, as well as new tools and APIs for developers to better utilise some of the unique talents of Emotion UI.

As with its launch sibling, the Huawei Mate 30 is a promising high-end device tainted by the US government’s ongoing umbrage with Huawei and its products.

While not impossible to reinstate Google Play Services, only committed and Android-literate users will make the effort to add what most would consider ‘missing features’ back onto the phone’s otherwise well-rounded and nicely improved software experience.

If you can look beyond this shortcoming (or you’re based in China where the point is moot) the Mate 30 is an excellent and more affordable alternative to the top-tier Mate 30 Pro that still has hardware capable enough to compete against most, if not all of the current flagship phone market.

Until the Mate 30 makes its way to market, why not consider some solid Huawei phones that do still come with Google Play services right now?

We found the Huawei Mate 20 Pro and Mate 20 X both excellent flagships that still stand up today, along with the superb photographic capabilities of the Huawei P30 Pro to consider.