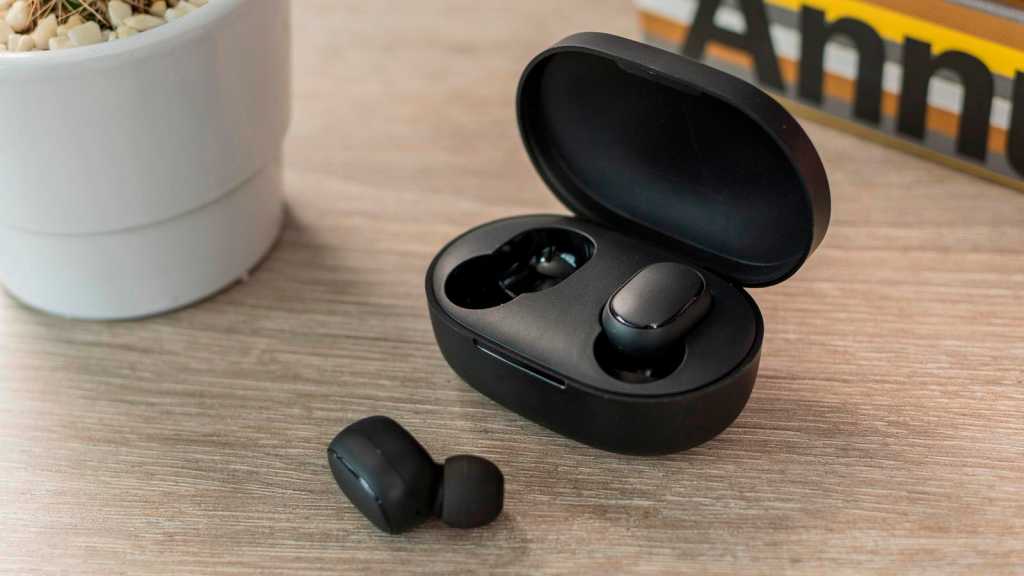 Xiaomi has proven once again that you don’t have to spend silly money to get a great product. The AirDots are good sounding buds that tuck neatly into your ears and avoid the silly dangling appearance of other, more expensive, offerings. Everything about them is simple, including paring, controls, and the general design. The lack of volume buttons and minimal waterproofing are minor complaints, but the overall package is very impressive, especially when you consider the price.

Wireless earbuds are incredibly useful as they allow you to listen to music, audiobooks, podcasts and other content without having a lead dangling out of your ears that can get caught on your jacket or passing cyclists. Apple may be leading the way at the moment with its ubiquitous AirPods, but not everyone wants to spend the best part of £200/$200 just to hear the latest episode of Stuff You Should Know.

With this in mind, Xiaomi has released the Redmi AirDots, which offer plenty of promise but at a way lower price. We put them to the test to see whether or not they are music to our ears.

Although Xiaomi now has an official UK site, there is no listing for the AirDots at the time of writing. Instead, you can either order them from Amazon UK for around £25 (the RRP is down as £49.99), Amazon US for $30.99 or import them from China directly through a company like Gearbest which currently has them on sale for £18.15/$21.99.

With the latter you’ll also need to factor in delivery and any potential customs charges. Also check out the Mixcder T1.

Considering the budget nature of the AirDots, initial impressions are very good thanks to the classy pill-box case that protects and recharges the earbuds when not in use. Opening the hinged lid allows access to the buds, which are held in place by small magnets.

The AirDots have a curved rectangle design with the in-ear stalks jutting out at a 45-degree angle. This means that when they are in your ear, they sit snugly in the hollow next to your ear canal, which we’ve now learned is called the Concha. Isn’t anatomy fascinating?

Controls are kept to a bare minimum, with both buds having solitary buttons housed in the top of the chassis. This make them easy to find and press (as they are the whole outer section) but doing so does push the buds deeper into your ear. Each bud also has an LED under the surface too, which display red when charging and flash white when ready to pair.

As you’d expect at this price, the AirDots are made from plastic. The good side of this is that they are lightweight, while the down side is that they do feel a bit hollow and cheap, plus there’s little waterproofing, with an IPX4 rating only covering splashing rather than immersion. But we’re nit-picking a bit here as the general build and experience when in-use is impressive at this price.

Thanks to the in-ear nature of the design, we were pleased with the bass response and wider range of frequencies on offer. You do have to make sure that the buds are firmly in your ear though, as on occasion they would loosen slightly, resulting in a significant drop-off of low-end tones. The buds do come with three sizes of ear caps and changing them for a larger one seemed to solve this minor gripe.

Pairing was straightforward, thanks to the Bluetooth 5.0 technology inside the buds, with all of our devices recognising the AirDots without issue and connecting in a few seconds. For the most part this was also true when returning to a previously paired device, as the AirDots automatically reconnect when they are removed from the charging case.

We did have a few instances where the AirDots needed to be encouraged to connect but holding down the button for a second or so usually kick-started the process once more.

While your smartphone is likely to be close to you most of the time, we did experiment with leaving ours on a table and moving away while listening to audio on the AirDots. With a clear line of sight we had no drop-offs at around 25-30 feet (10 metres in new money), but moving to a different room did see the signal disappear almost immediately.

Microphones in each bud allow you to make and receive calls while wearing them. In our tests the person at the other end of the line reported that the audio was a little like we were in a big room, but otherwise clear and easy to understand.

The control buttons serve a few different purposes, with a single click to answer an incoming call or to hang up at the end, while a longer press will reject the call. Clicking once at any other time will play or pause audio and clicking twice launches the preferred voice assistant on your device.

We managed to get around four and half hours of listening time out of a single charge and returning them to the charging case saw a full replenishment in around an hour. The case itself takes a couple of hours to get up to maximum power, but after that it can recharge the buds up to three times before needing some juice for itself.

The Redmi Airdots offer great performance and aesthetics at a fantastic price point. Sound quality is good, connectivity was mainly pain-free, and the four-plus hours of use per-charge means they can accompany you on your daily commute, gym session, or even long-haul flight.

It’s true that they don’t offer a huge amount of controls, and the lack of volume buttons is a shame, but by keeping things simple the AirDots deliver where it counts. Xiaomi has been building a reputation recently for excellent products at affordable prices and the AirDots definitely continue that trend.