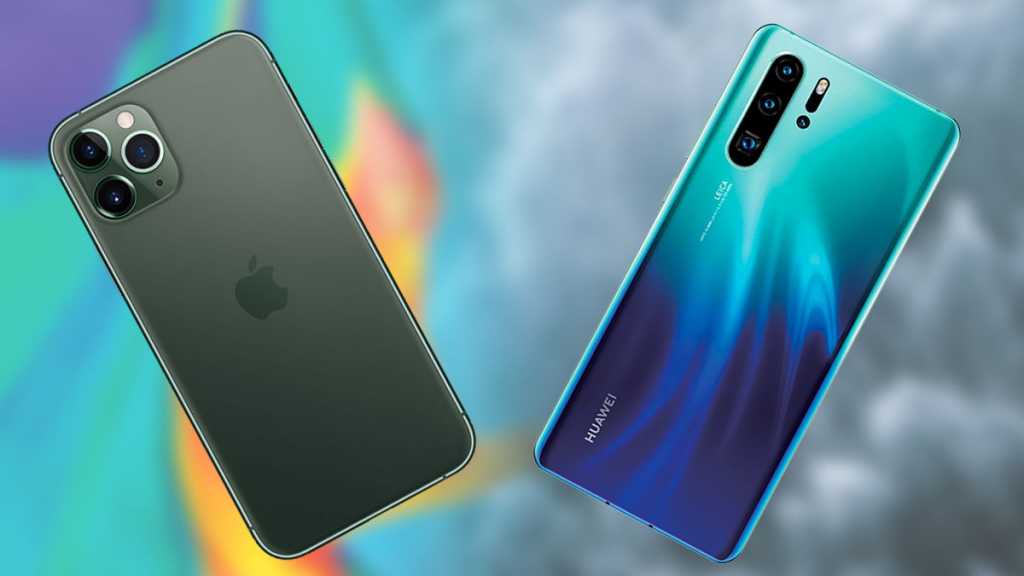 Apple’s new iPhone 11 Pro looks as though it’ll be one of the most powerful handsets of the next 12 months but despite an improved triple camera experience and unquestionable video prowess, the overall package looks as though it falls short of what the more established Huawei P30 Pro has to offer, and for a lower price too.

Take a look at the marketing material for any of Apple’s fresh-faced iPhone 11 series and you’ll see that it’s almost all about that trypophobia-inducing new camera. As such, they make for a fitting counter to the current smartphone photography top-dog, the Huawei P30 Pro.

Aside from the obvious battle of iOS versus Android, these phones represent the best that America’s and China’s respective mobile tech industries have to offer in 2019, right now. You could say, this is a pretty important comparison for reasons greater than simply which phone you might choose to reside in your pocket for the next few months/years.

There’s an obvious caveat surrounding future Huawei phones as it stands but the P30 series makes it in just under the wire, retaining those all-important Google Play Services, the Play Store and Google’s suite of desirable first-party apps – for the time being.

With all this in mind, let’s see just how well these two mobile behemoths (and their wider product families) stack up against one another.

With Huawei’s current flagship making its original debut back in March 2019, the P30 Pro has had a little time to cool down, meaning what was once an £899 smartphone (for the 128GB model) can be found with at least £100 shaved off the original RRP. There’s also the higher-capacity 512GB ‘Amber Sunrise’ SKU, which started life at a hefty £1099 but has since settled at £899.

If such price points still make your eyes water, then the more modest 128GB  Huawei P30 is now available for £549 (down from £699), whilst there’s also the base-tier Huawei P30 Lite, up for grabs for just £265 (down from £329). However, the mid-range Lite can’t really compete with its equivalent in this particular battle – the iPhone 11 – which offers up greater functionality, more premium design and superior raw performance, is still a true flagship, through and through (going some way to justify the fact that it costs almost three times as much as the Lite).

All three of Apple’s new iPhone 11 entries: the iPhone 11, iPhone 11 Pro and iPhone 11 Pro Max (we’re not sure about the name of that one either), are characteristically costly.

‘Glass-backed and metal-framed’ has been the standard dress code for nearly every premium smartphone over the last few years, and that’s no exception when looking at either Pro in this face-off.

Apple’s new Pro models sport what resembles frosted glass (although their camera surrounds are glossy), with a palette of four muted colourways to choose from: gold, Space Grey, silver or Midnight Green. Huawei has pushed things in the other direction, with an assortment of six options (including some new dual-texture finishes, added in September) that, save for the piano black and Mystic Blue finishes, are markedly gaudier when view against the iPhone’s choice of subtle tones.

If you’re planning to use one of these phones case-free and colour is important, Huawei grants you a wider array of options that appeal to both subtle and… less-subtle tastes, while Apple’s latest mobile is only available in an inoffensive swathe of hues.

Moving away from colour and focussing more on design, the 11 Pro employs more heavily-rounded corners compared to Huawei’s flagship, giving it a slightly less ‘precise’ appearance, along with a more prominent bezel – partly as a result of the smaller 5.8-inch display on its front, not to mention the sizeable notch that houses the phone’s Face ID biometric hardware; used to both unlock the phone and let you play with iOS’ exclusive Animoji and Memoji avatars.

The P30 Pro also sports a notch, but as all it’s housing is the phone’s single 32MP front-facing camera, it’s far less intrusive than the iPhone’s. It’s larger display does also mean a larger footprint and although there is a one-handed mode built into the phone’s software, the P30 Pro is noticeably larger than the iPhone 11 Pro in-hand.

For authentication, Huawei decided to utilise an under-display fingerprint sensor, which works well but can be thrown off by factors like wet hands.

Speaking of wetness, both Apple and Huawei have ensured their latest blowers are protected against the elements, with IP68-certified dust and water ingress protection found across the board. As such, whichever one you pick, you can rest easy knowing that these phones won’t fizzle out in a torrential rainstorm.

There’s no headphone jack to speak of on either device so Bluetooth buds or a separate adapter are required if you want to enjoy your tunes in private. Apple’s signature Lighting connector still resides on the underside of the 11 Pro, while Huawei has opted for more conventional USB-C.

Thanks to those glass backs, both phones can also charge wirelessly too, although only the P30 Pro can offer reverse wireless charging (for now); offering power output to another wireless charging-capable device.

Both displays offer some of the latest and greatest mobile viewing experiences you can get, with support for advanced features like HDR10, as well as multiple colour profiles. Both use OLED technology, offering true blacks and more vivid colour output, with the iPhone’s ‘Super Retina XDR’ display able to push up to a whopping 1200nits brightness (when viewing HDR images or HDR10 video content).

On the inside, lies one of the most notable disparities between these two devices: their chipsets. The Kirin 980 (accompanied by 8GB of RAM) is still an excellent piece of silicon, ensuring the P30 Pro can pull off advanced AI tasks quickly and run the latest intensive mobile games smoothly, however, it’s already being outpaced, at least when using artificial benchmarks as the metre stick.

Even last year’s iPhones, with their A12 Bionic SoCs (system-on-chip) were equipped to surpass the Kirin inside the P30 and that gap has only widened with the new A13 Bionic inside the iPhone 11 series, which looks like a powerhouse when it comes to media and gaming.

iPhones have never really offered impressive battery life but the gap could potentially narrow here too, with a larger cell than ever before inside the iPhone 11 Pro. That said, Huawei’s aggressive power management and a capacious 4200mAh battery suggest that the P30 Pro will still outlast the iPhone when it comes to endurance.

The Huawei P30 Pro has established itself as one of the most capable camera phones on the market today, through its mix of raw image quality, low light performance and sheer versatility. The iPhone 11 Pro is Apple’s first foray into a triple-sensor camera and it’s looking to match or surpass the imaging experience on the Huawei in more ways than one.

Both camera setups feature a main, telephoto and ultrawide-angle sensor. In the case of the iPhone, all three sensors shoot at 12-megapixels, with the main and telephoto sensors also benefitting from OIS (optical image stabilisation).

While Apple has touted its new phone’s improved low-light shooting experience, initial results suggest that it still falls short of what the P30 Pro is capable of.

In its place, Apple looks as though it’s ensured that the iPhone 11 series will continue the company’s reign of offering the best smartphones for video recording. We’ve even seen support from third-party apps like Filmic Pro that let you film from all three of the iPhone’s cameras simultaneously.

Huawei’s phones have always fallen short compared to the other top camera phones in this regard and while the P30 Pro offers undeniable improvements over its predecessors, it’s still an imperfect experience that doesn’t pose a threat to the iPhone.

The iPhone 11 Pro is a certainly an enticing new smartphone but it’s hard to argue with Huawei’s kitchen-sink approach here. The P30 Pro still looks to possess one of the best cameras of any smartphone right now, it comes with more base storage, more advanced wireless charging and improved fast-charging versus the iPhone.

Apple’s new iPhone struggles to compete from a price/feature set standpoint but wins points back for its exceptional performance and superior videography skills.