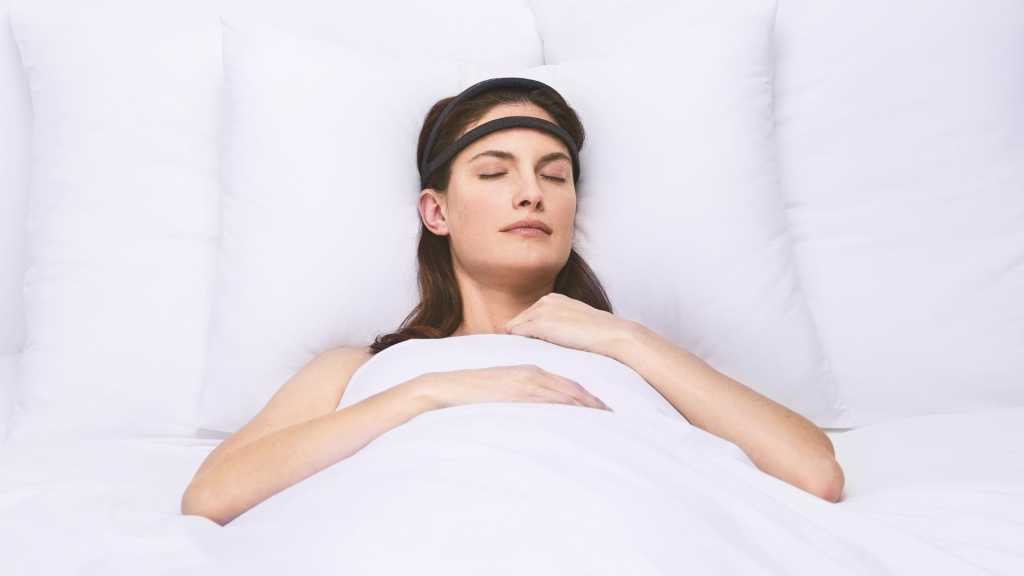 The Dreem 2 headset provides an impressive level of sleep tracking, but the headband design and high price point may put some off – even with a range of tailored programs (including CBT) to help tackle problems that you have with sleep.

Dreem prides itself on providing a sleep lab-level of precision when measuring your sleep, and its latest headband, the Dreem 2, looks to enhance the already-impressive service that the company offers. Featuring a built-in EEG to measure brainwave activity alongside a plethora of sensors, the Dreem 2 can not only monitor your sleep but actively coach you on how to improve it.

We’ve spent a couple of months using the Dreem 2, and here’s what we think.

The Dreem 2 is the most expensive tracker we’ve reviewed so far at £359/$499, and we’d go as far as to say that it’s not designed for the average consumer but is instead tailored to those who struggle with sleep for whatever reason, be it insomnia, a bad sleeping pattern or bad habits.

To lessen the blow, Dreem also offers the option to make three payments of £120 (or monthly payments of $47 in the US) to help spread the cost of the premium sleep tracker, with no added interest. Whatever option you choose, the Dreem 2 can be bought exclusively via the Dreem website.

If the Dreem 2 is a little too expensive, take a look at our roundup of the best sleep trackers for more inspiration.

It’s a wearable, but not what you expect

The Dreem 2 headband, as the name suggests, is a headband and not a fitness tracker worn on the wrist (like the Misfit Ray) or sensors to be placed under the bed (like the Beautyrest Sleeptracker). That’s the first hurdle for most, as people that are already struggling to sleep may not want something additional on their heads – it’s certainly how I felt when I first looked at Dreem.

But, I persevered and wore the headband for a couple of nights to see how I’d get on with it. It’s soft and you can’t really feel any of the built-in components when laying down, which helps with comfort, but you’re still hyper-aware of the fact you’ve got something on your head. This continued for two or three nights, but at that point, my body got used to the feeling and I soon forgot that I was wearing it at all. 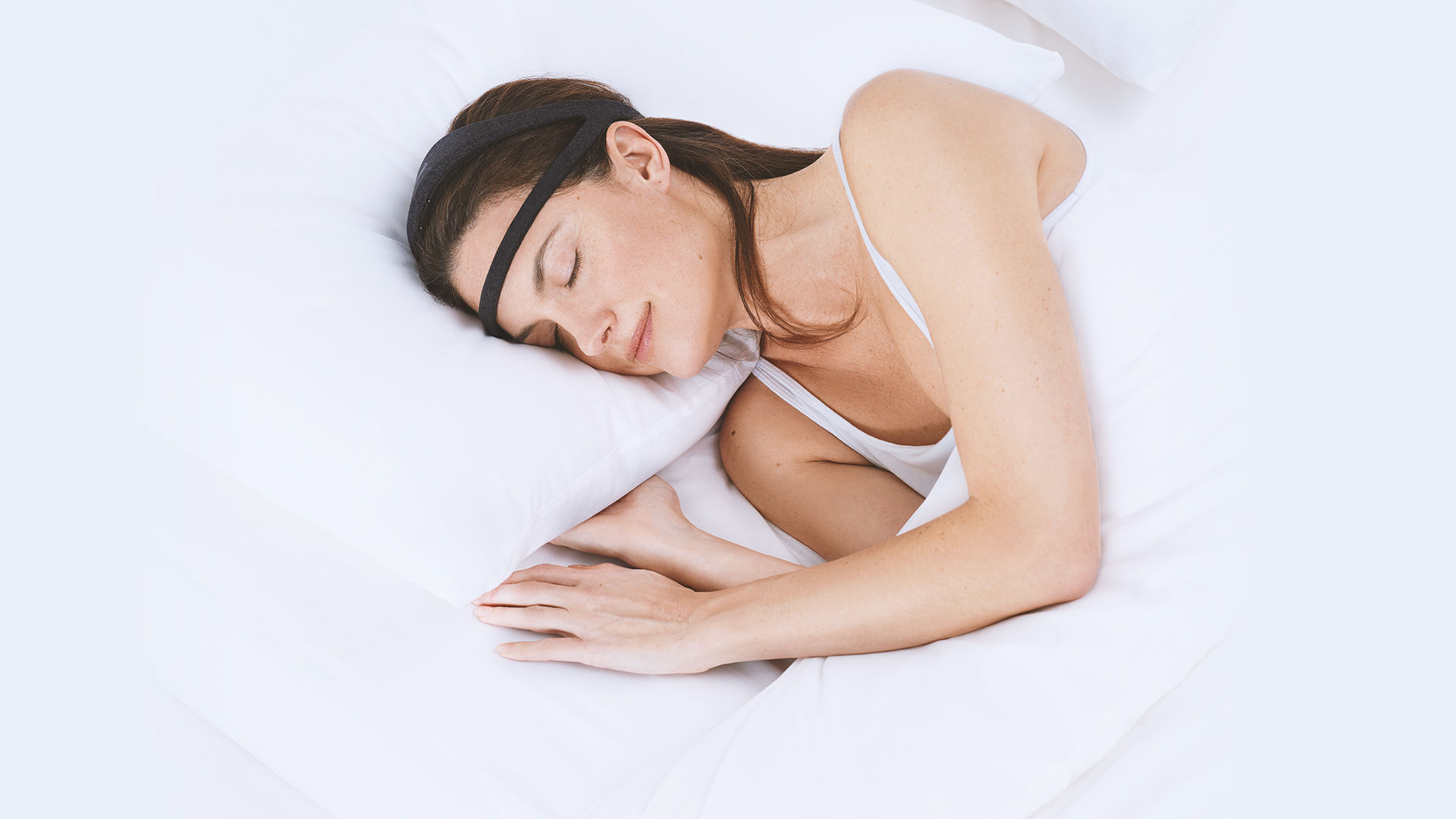 The headband itself is comprised of three strips embedded with various sensors to get, what Dreem claims, is Sleep Lab-level data to paint an accurate picture of your night.

There’s a strip that goes across your forehead which features an HR monitor, 4 EEG sensors and a pulse oximeter, along with a strap that goes across the top of your skull that houses the battery and accelerometer to measure movement. There’s also a strap that sits at the back of the head near the base of the skull that features two more EEG sensors along with grips to help keep the headset in place as you toss and turn through the night.

That’s a lot of sensors, right?

As long as you’ve got a snug-but-not-tight fit, you should get accurate readings and not have to worry about the headband coming off while you’re asleep. It did happen to me, admittedly, but only once or twice across the two months I used the headset. The headband knows when it has been removed prematurely and provides information via the app on how to better secure the headband the following night.

You’ll also find a microUSB port for charging and a button on the top band that can be used to activate and deactivate sleep tracking without the need to use the app, and a touch-sensitive surface that you can use to adjust the volume of the various sleep aids available to you – which we discuss in more detail below.

The Dreem 2 certainly has enough battery to last an average night’s sleep, but does need a top-up each day to make sure it doesn’t run out of charge mid-way through a sleep.

It’s the Dreem app for iOS and Android that really completes the experience – the hardware can perform amazingly but without an app to provide that information to you in a user-friendly and informative way, it’s a bit pointless. That’s certainly not the case with the Dreem app, which is not only well-built but offers a user-friendly UI with explanations of the various sleep metrics too.

Of course, the app is where you can set your bedtime reminder, alarm & wakeup window, sounds to help you fall asleep and enable deep sleep stimulation to improve periods of deep sleep, but it’s the presentation of the data where Dreem really excels.

Once you’ve woken up and removed the Dreem 2, the headband uses Bluetooth or Wi-Fi (whatever’s available) to upload and process your sleep data – this is done via the app in the case of Bluetooth, so no need to worry about wasting cellular data.

The app used to deliver metrics in the form of a handy graphic broken down into the categories including sleep onset, deep sleep and movement, and would display an overlay of your ‘average’ scores, allowing you to see if you slept better or worse than previous nights without delving into the numbers.  That has since been removed from the app – something I’m a little gutted about – and replaced by something easier to read, but not as interesting to look at. 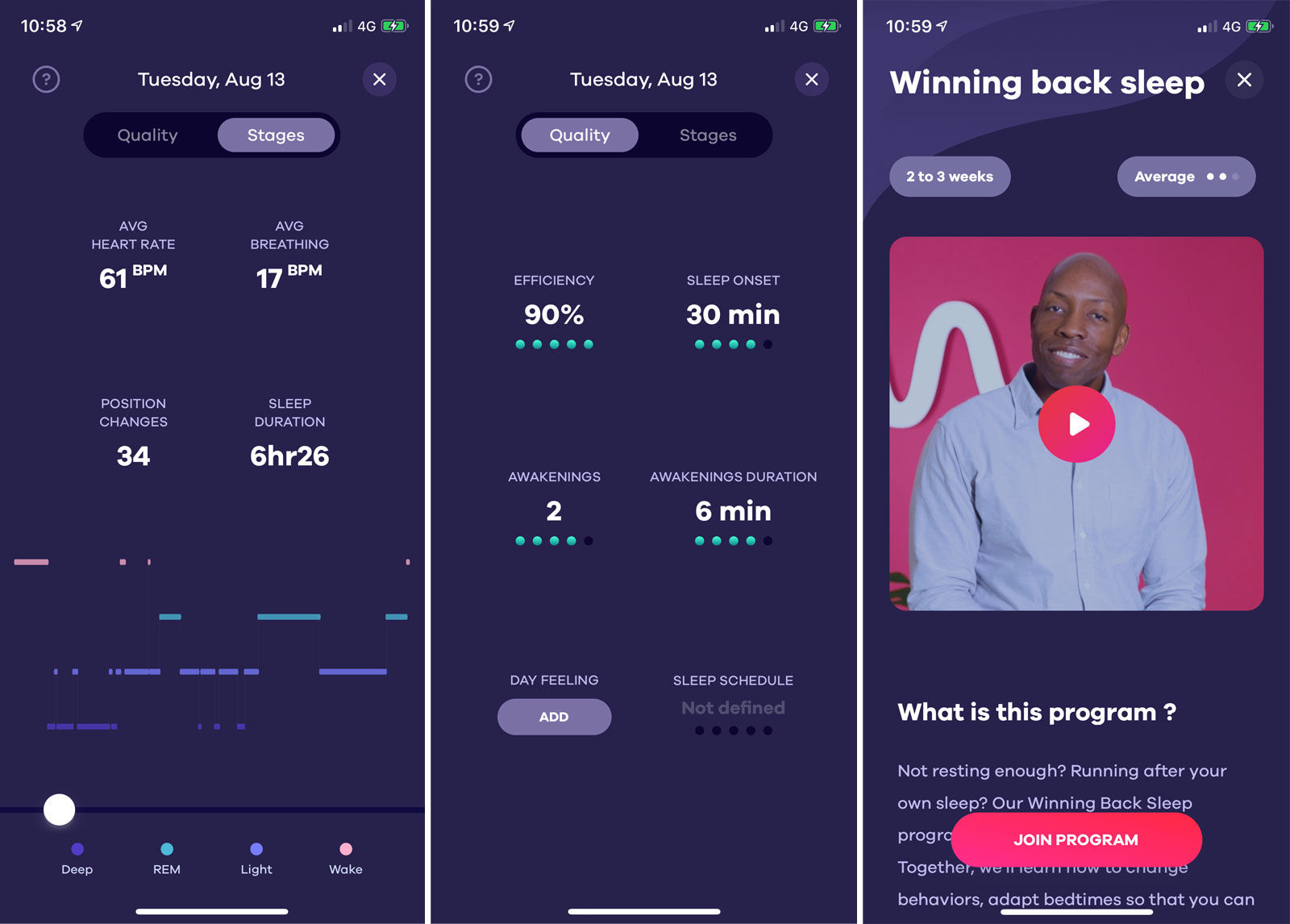 Following an update, the Dreem app now breaks down your sleep into two areas: Quality and Stages.

Quality provides an insight into sleep onset, efficiency, awakenings and the duration of those awakenings along with colour-coded dots to see how you compare to the average, and you can tap each metric to see how it compares to the seven-day average. Stages, as the name suggests, gives you an in-depth look at the various stages of sleep, along with your average heart rate, breathing rate, position changes and overall sleep duration.

Every seven days (or seven days of non-consecutive recorded sleep) you’ll be presented with a Sleep Report, breaking down your sleep habits over the past week and comparing them not only to your previous weeks to see long-term improvements, but how you score against the average scores of people your age (you put in basic info when you set up the app).

The headband measures brain activity via the built-in EEG, but beyond a live feed in-app when setting the alarm, there’s no way to view this data – something I’d find quite interesting. I’m sure it’s used in other elements of the app to determine aspects of tracking including the various stages of sleep, but it seems odd to hide such a unique source of data.

A big part of the service that Dreem offers is sleep improvement. This is delivered in the form of a handful of bespoke programs that can help anything from improving your sleep onset to maximising your sleep and even treating mild insomnia via tailored CBT (cognitive behavioural therapy).

When you sign up to a program, you’ll be provided with videos on a near-daily basis explaining the various elements of the program you’ve signed up to, and will often give you small practices to incorporate into your day with the aim of improving the quality of your sleep. 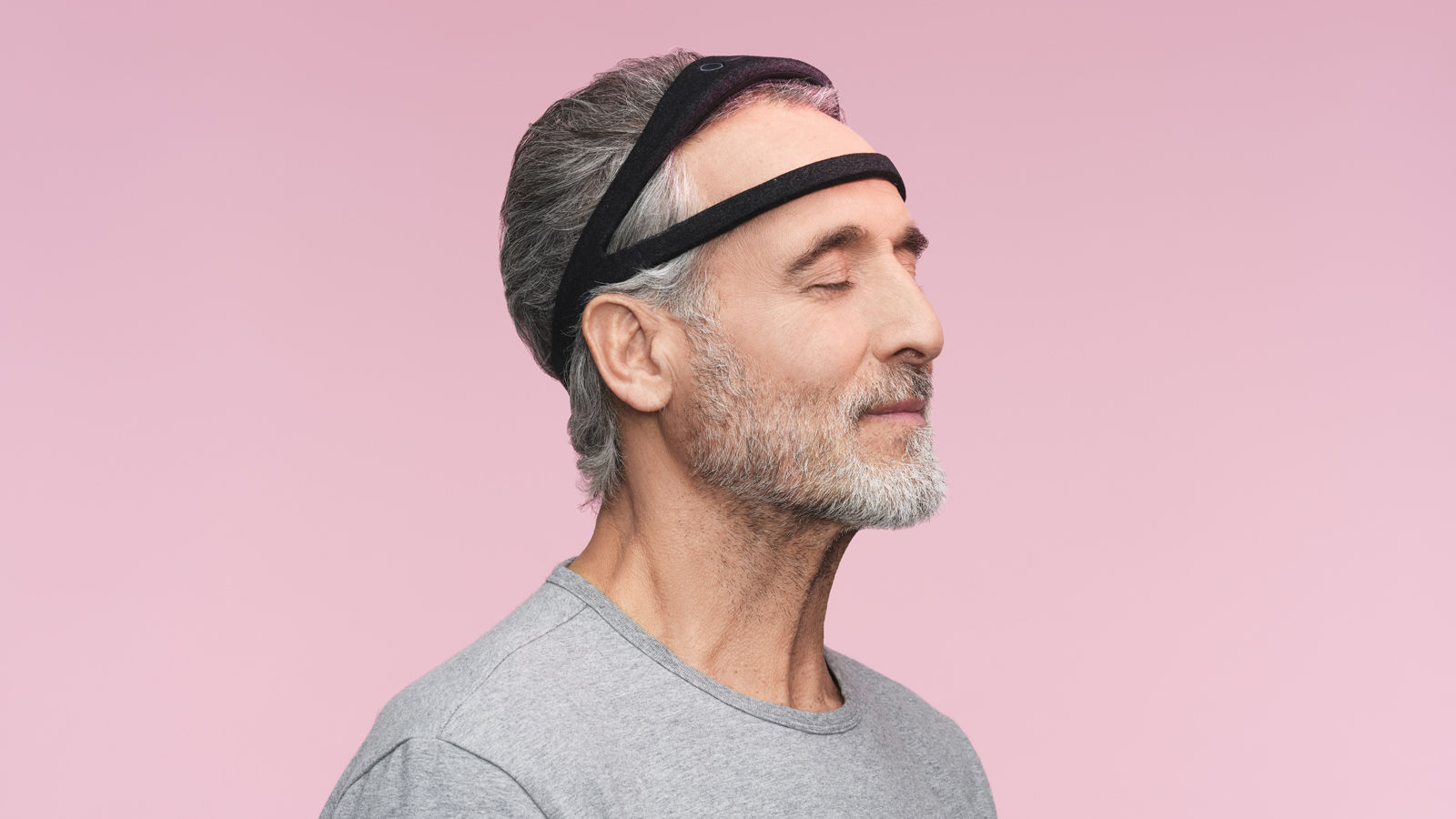 The experience largely depends on the program you select with some being simpler to follow than others – the sleep onset program takes only two weeks and is marked as a beginner-level program, while the insomnia program is more involved and takes place over a much longer period of time.

I personally don’t suffer from insomnia but it does take me longer than average to fall asleep, so I signed up to a two-week program to improve sleep onset. Through the course of the two weeks I watched videos explaining why some people struggle to sleep at night, as well as exercises and practises to help combat it, including creating a nightly routine that your body associates with going to sleep – be it tidying the room for two minutes, making the bed or doing deep-breathing exercises.

While it still takes an average of 29 minutes for me to fall asleep, it’s an improvement from the 49-minute average prior to me taking part in the program. This could’ve also been influenced by external factors so it’s hard to quantify, but I do believe that implementing an evening routine has helped.

Of course, I can’t comment on the effectiveness of other programs as it only benefits those who truly suffer from the sleep issue in question, but based on the improvement in the sleep onset program, I’m confident that the combination of explainer videos and CBT can help make a difference to your relationship with sleep.

The Dreem 2 headset offers an impressive sleep tracking experience with a range of advanced sensors, a well-built and user-friendly app and a variety of bespoke CBT-focused programs to actively help improve your sleep and fight bad sleep habits.

There are hurdles to get over – mainly having to wear the tracker on your head – but it’s something that most users will get over within a couple of nights. The main point to consider is that it’s way more expensive than any other sleep tracker we’ve seen, so make sure that you’re going to get the most out of the programs available if you pick one up.