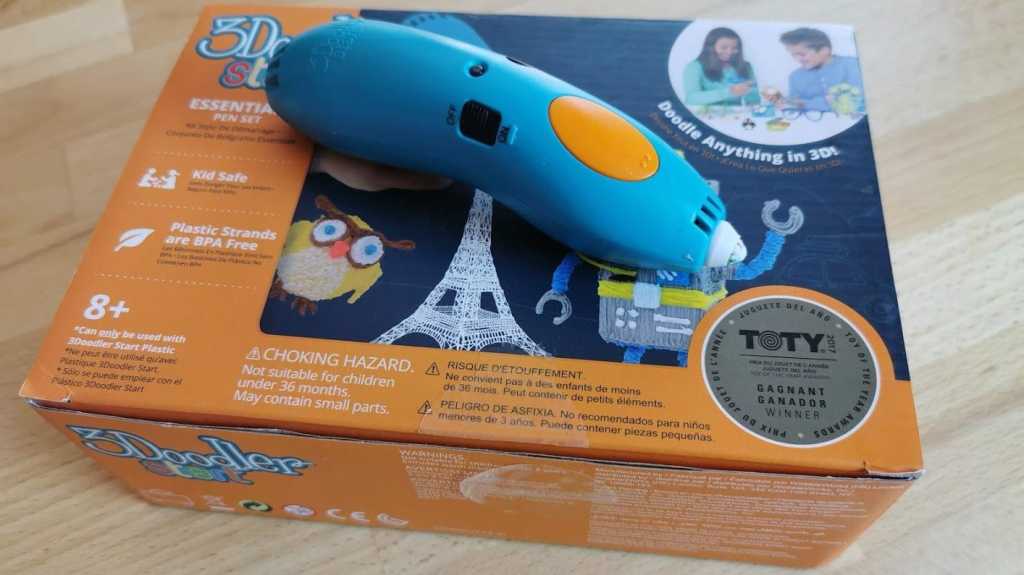 It’s not easy, but with the 3Doodler Start and Create+ you can make 3D models and art. They’re cheaper than any 3D printer, but packs of plastic strands are quite expensive.

Back in 2013, 3Doodler was a successful crowd-funded project on Kickstarter and now over 2.5 million of the 3D pens have been sold. They let you draw 3D objects freehand and offer a relatively inexpensive way to dabble in 3D printing.

Unlike the Start which only comes in one colour, you can choose between black, grey, pink and green when you buy a Create+.

Both pens work on the same principle: you stick a plastic rod into the end and it melts it – a bit like a hot glue gun – so you can draw with plastic. It’s the same stuff you buy in reels for 3D printers, but 3Doodler says you can only use its own-brand strands in the pens.

Buttons on both let you control the flow, but where the start has just one, the Create+ has fast and slow buttons so you can pick between two speeds.

The other main difference is that the Start is battery powered, but the Create+ has no battery and therefore must be plugged into the mains. That makes the Start a bit nicer to use and you can also use it on the move. Nothing gets hot on the outside, so it’s safe for youngsters to use. 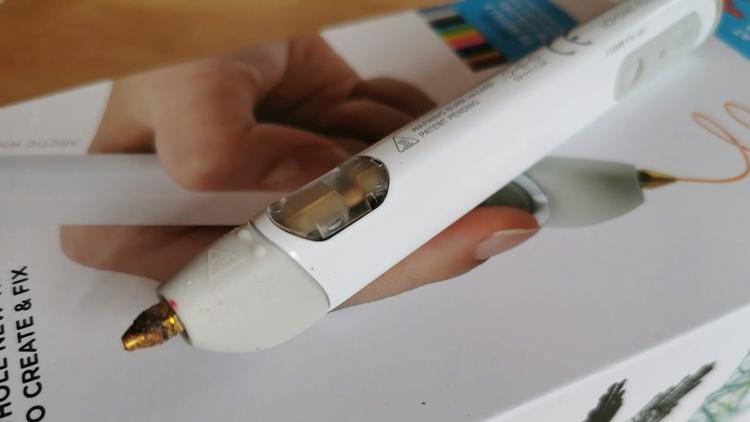 Bear in mind that the plastic sticks are specific to each pen, so you can’t use Create+ sticks in the Start and vice versa. They’re not cheap, either. A pack of 144 strands (24 each of six different colours) costs £29.99 from Amazon, so as with cheap inkjet printers, the initial cost might seem reasonable, but the consumables will quickly eclipse the cost of the pen itself.

You can at least get a wide variety of colours, and even some special finishes for the Create+ such as wood-infused plastic which makes your creations look a bit like they’re made of wood. And it has a temperature switch which allows it to work with both PLA and ABS sticks. 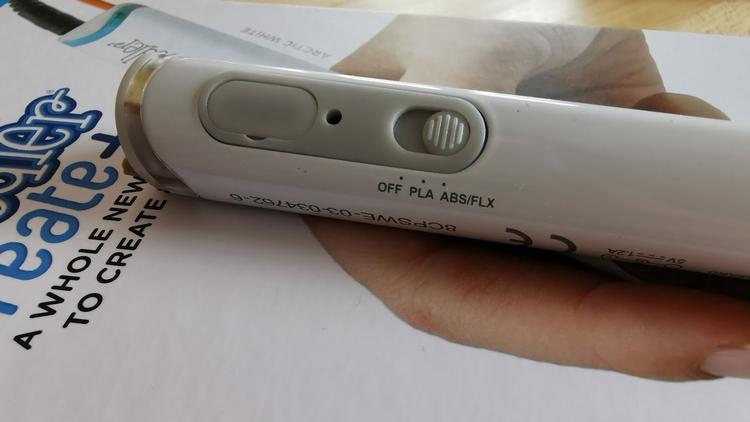 Each takes around 30 seconds to warm up from switching on, and both have the ability to reverse-feed the plastic strands so you can swap colours without using an entire stick up first.

We found the Start to be easier to use and more reliable than the Create+. With the latter, we had quite a bit of trouble getting it to feed the plastic correctly, so just as often as not, nothing would come out of the extruded when we pressed the button. The power wire was also slightly irritating compared to the battery-powered Start.

Before you get too excited about making incredible 3D creations, know that it is very difficult to draw precisely with either pen. 3Doodler recommends using the supplied quick-start guide with the Start or printing out 2D templates and drawing those shapes first. It now has a companion app for Android and iOS so you can draw on your phone screen rather than printing templates.

There are also moulds / templates you can buy in kits for making specific things, and there’s an active community with more inspiration and ideas online.

In any case, you will struggle to make (or help your kids make) the kinds of models that you see on the boxes and on 3Doodler’s website. They’ll instantly want to make the Eiffel Tower but the steep learning curve means they will likely end up with a spider’s web of useless plastic. 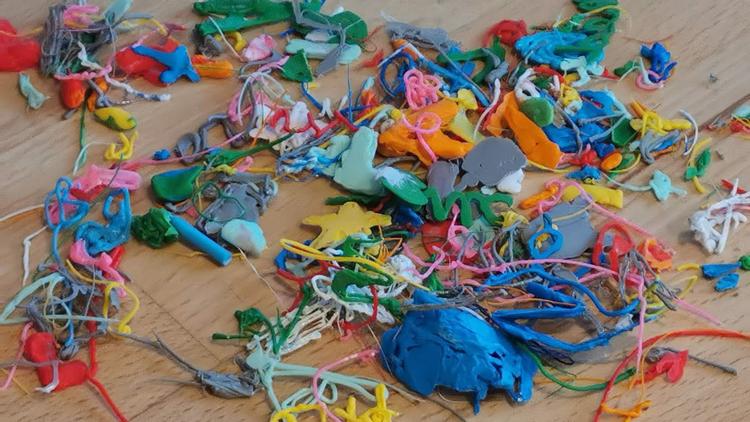 Our 7-year-old tester found that it was preferable to extrude some plastic and then mould it by hand as it cooled down. And this approach meant it was possible to produce some identifiable shapes and even creatures such as the multi-coloured butterfly in the quick-start guide. 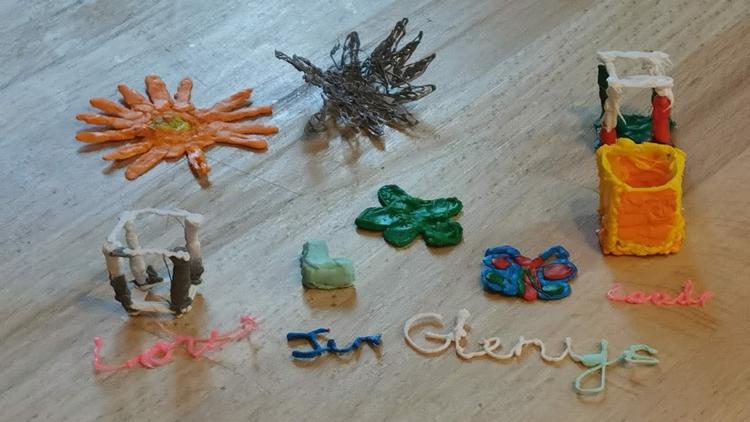 Even the 11-year-old tester decided that she preferred the Start over the Create+, but was frustrated that the wood-effect plastic sticks couldn’t be used in the Start. 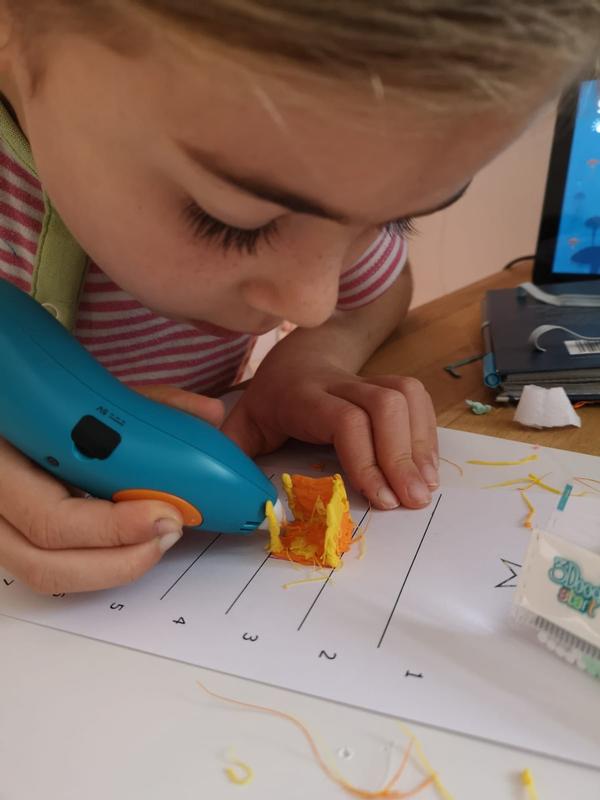 You get a reasonable number of sticks with the Create+ but not so many (and shorter) strands with the Start. After just an afternoon’s play, all the Start plastic was gone: each strand doesn’t go very far at all. In fact, both testers lost interest after a few days and didn’t even ask for more plastic sticks.

Adults with a creative persuasion might have more fun with the 3Doodler Create+, but it’s hard to ignore the fact that even with patience, the resulting models look like they were made by a 6-year-old.

Forget any ideas about using a 3D pen to make useful items such as a GoPro mount or to repair plastic items around the home. The prints don’t have a lot of strength but perhaps the main consideration is that you need so much plastic to add strength to a piece, so it can work out cheaper to simply buy the parts or accessories ready made, or a replace a broken item.

The 3Doodler pens make great gifts, especially the Start. They’re easy to use, but it is far from easy to make anything very good or precise. Plus, you’ll go through more plastic sticks than you think, and they’re surprisingly expensive.

If you’re keen on the idea of printing plastic models or parts at home, you’re probably better off with an entry-level 3D printer such as the Creality Ender 3 which you can buy for well under £200.