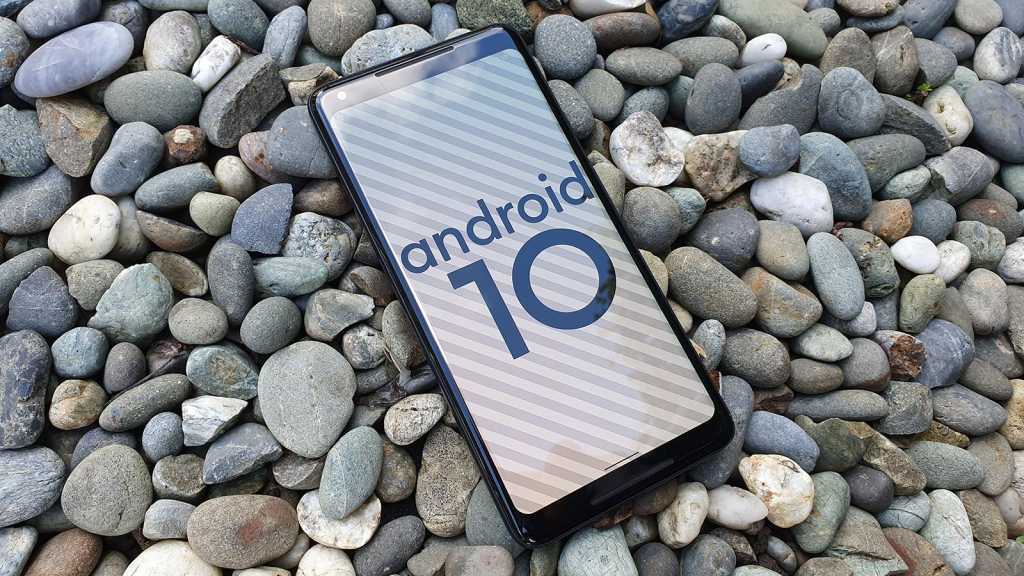 Just like every year, Android 10 is a good update. Granular privacy and permission settings are a quiet winner and the playful design, improved gestures and better-late-than-never dark mode shake things up. While it’s great to see every Pixel phone supported, therein lies the issue – when will any other existing phones get Android 10? Some released soon may have it, but Android remains fragmented enough that many of the great ideas here will get lost in other manufacturers’ interpretations and people with older phones will simply never see the benefit of Android’s evolution until they upgrade.

Android 10 is the seventeenth version of Android but we’re not here to nitpick the name. Google’s latest mobile operating system is available now for every Pixel phone including  2016’s first generation. Google promised two years of OS updates for that phone, so it has outdone itself.

But has it outdone itself with the first version of Android not to bear the name of a dessert? Is the new gesture system finally decent? Is a system-wide dark mode really what everyone needs?

Perhaps the biggest question is if the effort is in vain for Google. Android is such a fragmented ecosystem that only a tiny global percentage of Android phones will get Android 10 in the next six months, if ever. Even flagship Samsung phones take about that long to get it and even then, it’s with a heavy UI skin over the top.

Google has pushed forward with some clever new ideas, but in context not many people will see the immediate benefit unless they own a Pixel. On the flipside, millions more iPhones will have iOS 13 soon as it will roll out all the way back to 2015’s iPhone 6s.

We’ve been running the official Android 10 on a Pixel 2 XL for a few days having played with various beta versions prior to that. Here’s our review.

Android 10 sees Google lean further into its material design aesthetic. A playful tweak to the fonts of menus is noticeable straight away in headers, but the standard Roboto font that Google has used for aeons is still around for the most part

There are more boxes and line divides on certain screens that give a clean feel throughout. If you’re  coming from Pie on a Pixel, you’ll get on just fine and it’s a welcome return to a rounder, bouncier look than the  more austere Oreo laid the groundwork for. It means that Google can’t really decide what it wants for Android’s design, but with the Android logo changed for the first time since 2014 keeping the green droid, we reckon it’s shooting for quirky individuality, which is always when Android excels.

Yep, there’s a dark mode. A proper, system-wide one too, but it’s notable that it has taken till now for Pixels to get this. Samsung’s One UI deploys it very well and has done so since the  Galaxy S10 launched in February. For Google to take this long is weird, but at least it’s here. It applies the theme to most but not all stock Google apps, and doesn’t take over third party ones, so a lot is still light where you want it to be dark.

Aesthetics are one thing, but dark mode is also good for saving battery. Every Pixel phone has an OLED screen and will use less battery life with a dark screen as it doesn’t have to light the pixels up. We use it for that more than anything.

More controversial are the new gestures, changed umpteen times in the beta versions of Android 10 before landing on what we have here – and they are basically what the iPhone X has had since 2017. In fact, this decision would have been more controversial for the Android faithful if Google hadn’t given the option to use the pill and back button of Pie or the traditional three button set up.

The new gestures are swipe up to go home from anywhere, meaning there’s no home button. A swipe up and hold gets you the app switcher. From this screen you can then swipe again for the app drawer. It’s a tad fiddly and the animations are nowhere near as fluid as on iOS but they are improved over Pie.

Swiping along the bottom of the screen quickly slides between apps (yes, like the iPhone) and swiping up from either bottom corner triggers Assistant.

But there’s no back button. Instead, you swipe in from the left or right of the display to go back. It’s system-wide, so you can go back a step in a menu or back in a browser for instance and we got used to it far quicker than we thought. The slightly curved edges of the Pixel 2 XL encourage it but with a lipped case on it’s difficult to register the swipe.

The biggest issue and reason you may want to steer clear is that this swipe in method ignores the fact that apps have a lot of swipe in menus. On Slack, for example, we can no longer swipe to see the menu from the left as it just takes us back a step. Adjusting sensitivity did not help, and we had to resort to tapping menus icons instead of swiping. One step forward, one step back.

Using gestures is quite intuitive aside from that, but we also we review a lot of phones and try new gesture systems all the time. You might want to revert right back to the three button nav, but also remember that millions of people using an iPhone X don’t miss the old home button (us included).

Handling notifications is a dream on Android 10. Either via settings or by pressing and holding a notification you can granularly deal with what you do and don’t want to see from an app. Facebook alone has 18 notification types that you can tailor. Once you’ve had this level of control, the simple on or off per app setting that other phones restrict you to is truly prehistoric.

A cool new feature still in beta here but working fine is Focus Mode. Simply select the apps that distract you and toggle it on in the quick settings shade. It’s a smart idea, and one that is a little more honest with the world than Digital Wellbeing’s app timers are. With timers, you just override them and keep looking. With Focus Mode you’re saying you need some time away but you’re not making a grand gesture to never scroll through the timeline. It’s better.

Digital wellbeing itself is still here, and not much changed. It still serves to horrify you by showing how many times you unlocked your phone today. Combining Focus Mode with Wind Down, the feature that turns on Do Not Disturb and grayscales your whole phone is the best way to go.

There’s a new Privacy section in the settings menu now with what is debatably Android 10’s best feature, even if it isn’t flashy. The permission manager is a clear, accessible hub where you can deny rogue apps permissions they don’t need. A problem on Android is that apps present themselves as needing permissions to work – they don’t. As I discovered, the New York Times app does not need access to the camera.

On the other hand, it shows why some people can’t be dealing with Android’s manual way of doing things. But if you’re using a phone from Google, a company that monetises data in exchange for free services, at least this feature is transparent enough to show you what permissions apps have and lets you reverse them.

Accessibility features remain, well, accessible on Pixels to a pleasing degree but the new headline feature Live Caption is not on this first release. It will display on-screen captions of any audio or video on your phone, even without a data connection. It  should work really well and will come to Pixels first, as do many of these new features.

The overriding problem with a new version of Android on Pixel is not the software itself but the fact that Pixel owners are still a minority. Google can make these incremental, useful changes to Android, the most popular mobile OS in the world, yet most of the phones out there won’t get it in this form.

Flagship £1,000+ phones might not get every feature even when Android 10 does roll out to them, and many cheaper phones won’t ever get the update. Pixels are a good buy if you value the software upgrades Google gives you every year, but they come at a premium and are not even available worldwide.

We really like Android 10 on Pixel, but we also really like other smartphones, and this vision of Android is, like many of the versions before it, a Pixel exclusive update for a small number of smartphone users.