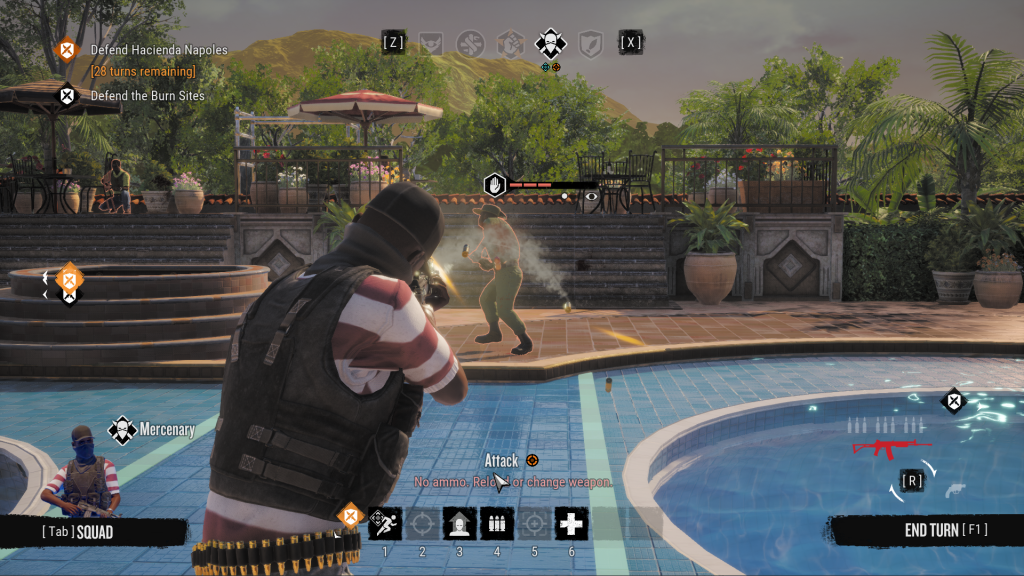 We’ll await the full release of Narcos: Rise of the Cartels to deliver our full verdict and star rating, but based on what we’ve seen, it could be the one of the best officially licensed games in years.

Narcos: Rise of the Cartels is the official turn-based strategy game of the hugely popular Netflix series, Narcos. Officially licensed games are historically a little disappointing (anybody else remember Transformers: The Game?), but that looks to change with the release of Rise of the Cartels later this month across PC and consoles.

We met up with Narcos: Rise of the Cartels’ executive producer, Gary Rowe, at Gamescom 2019 where he played through a segment of the game and explained what’s on offer from the upcoming title.

Narcos: Rise of the Cartels has a staggered release schedule across PC and consoles, so pay close attention; it’ll be released on PC (via Steam) and PS4 on 19 November, followed by Nintendo Switch on 21 November and, finally, Xbox One on 22 November. It’s a Digital-Only release for now, but publisher Curve Digital says this will change in the near future.

Despite being weeks away from release, Curve Digital is yet to announce pricing – a key aspect of the game. We’re hoping that it’ll be a bit cheaper than a standard AAA title, but with such a heavy tie-in with the series, it could be a full-price title.

Narcos: Rise of the Cartels preview

So, why is Narcos: Rise of the Cartels different to a sea of failed officially licensed games over the years? You see, the developers had access to all kinds of assets from the show, including behind-the-scenes images of the sets as well as input from showrunners, which were used for the in-game recreation.

The game aims to recreate the same colour grading, environments and even the uniforms used by the series, and it even features characters with a likeness to their real-life counterparts – unlike a certain recently-announced game. 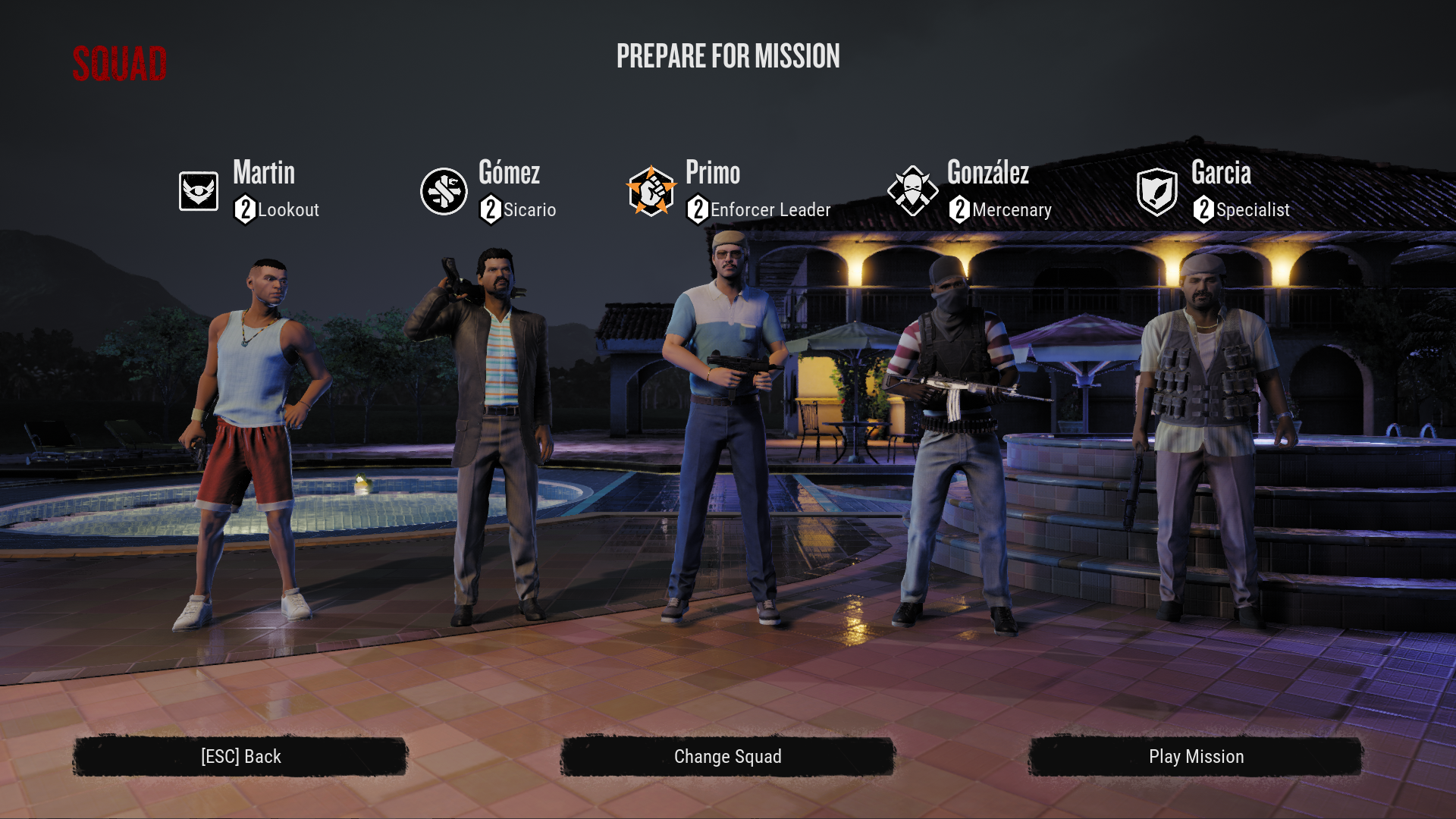 You’ll even see 10 minutes of footage from the series sprinkled in throughout the game, and that’s because Narcos: Rise of the Cartels follows the story arc of the first series of the Netflix show, up until the scene where (SPOILER ALERT) El Patron escapes La Catedral and goes into hiding. The game is split into two halves, allowing you to play as both the DEA and the cartel, with each featuring nine main missions and 20 side missions ranging from extractions to executions and more.

In terms of the actual gameplay, you should expect a turn-based strategy game with tile-based movement and vertical level design in a similar vein to the surprisingly popular Mario + Rabbids: Kingdom Battle, but with key differences to make Rise of the Cartels stand on its own.

The biggest difference is the third-person shooter element that Rise of the Cartels employs. While the majority of the action is turn-based and plays through in a fairly standard manner, you’ll get certain situations where you take control of the various characters, aim and pull the trigger yourself. 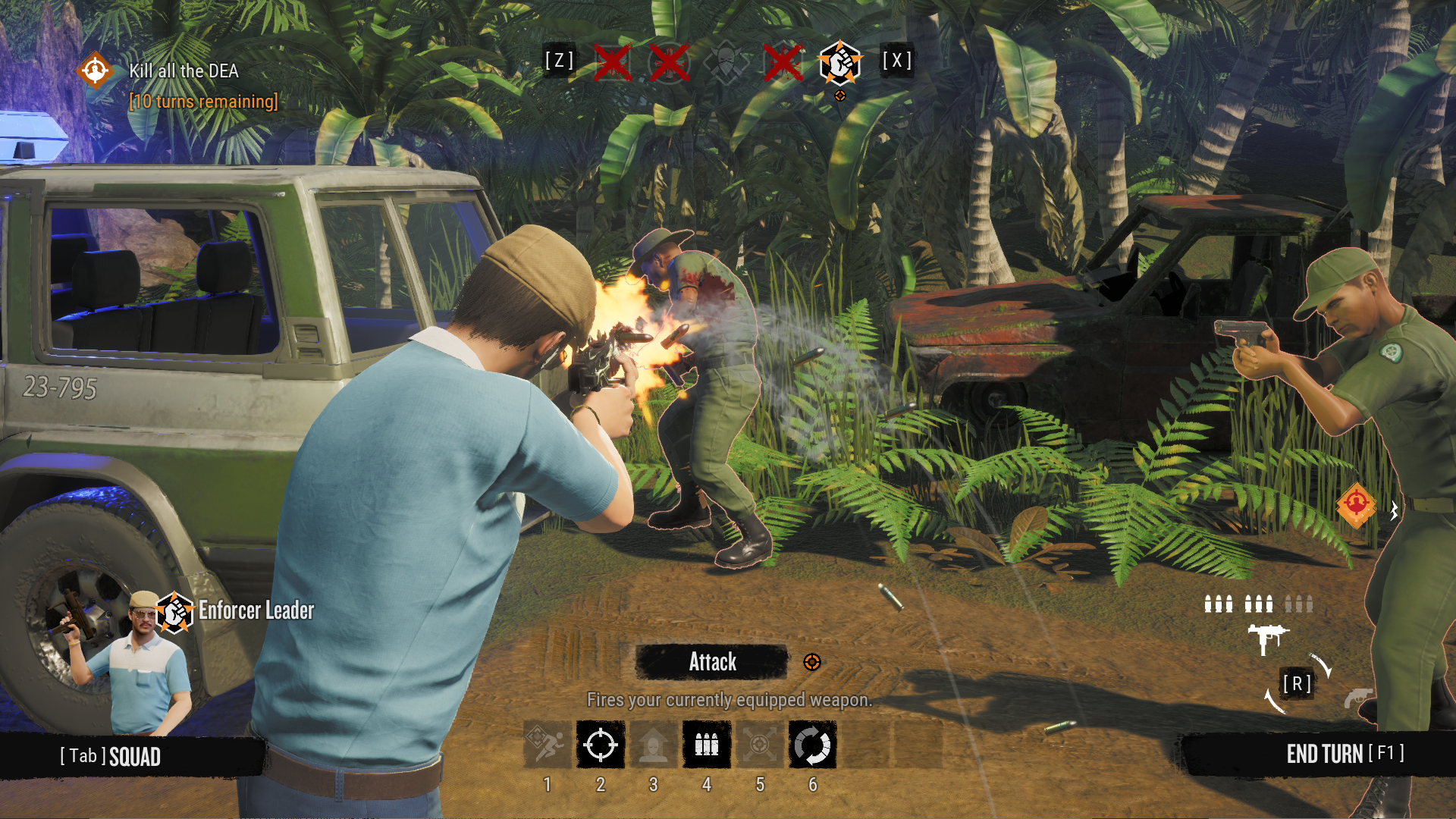 These are called counteractions, much like the defensive attributes of characters in other turn-based games and activate if a) you’ve got enough points and b) an enemy crosses your line of sight. At that point, you’ll get a couple of seconds to line up your shot and take them out – just make sure you don’t miss.

These real-time shots can also be triggered when you hit critical damage on an enemy, and Chain Reaction can be activated if multiple enemies are in view, allowing you to potentially take out two enemies in a single move.

Another key difference is that Rise of the Cartels features 1v1 movement instead of team-based movement. This gives the game a notably more reactive feel, and forces players to think more tactically about which character to move. 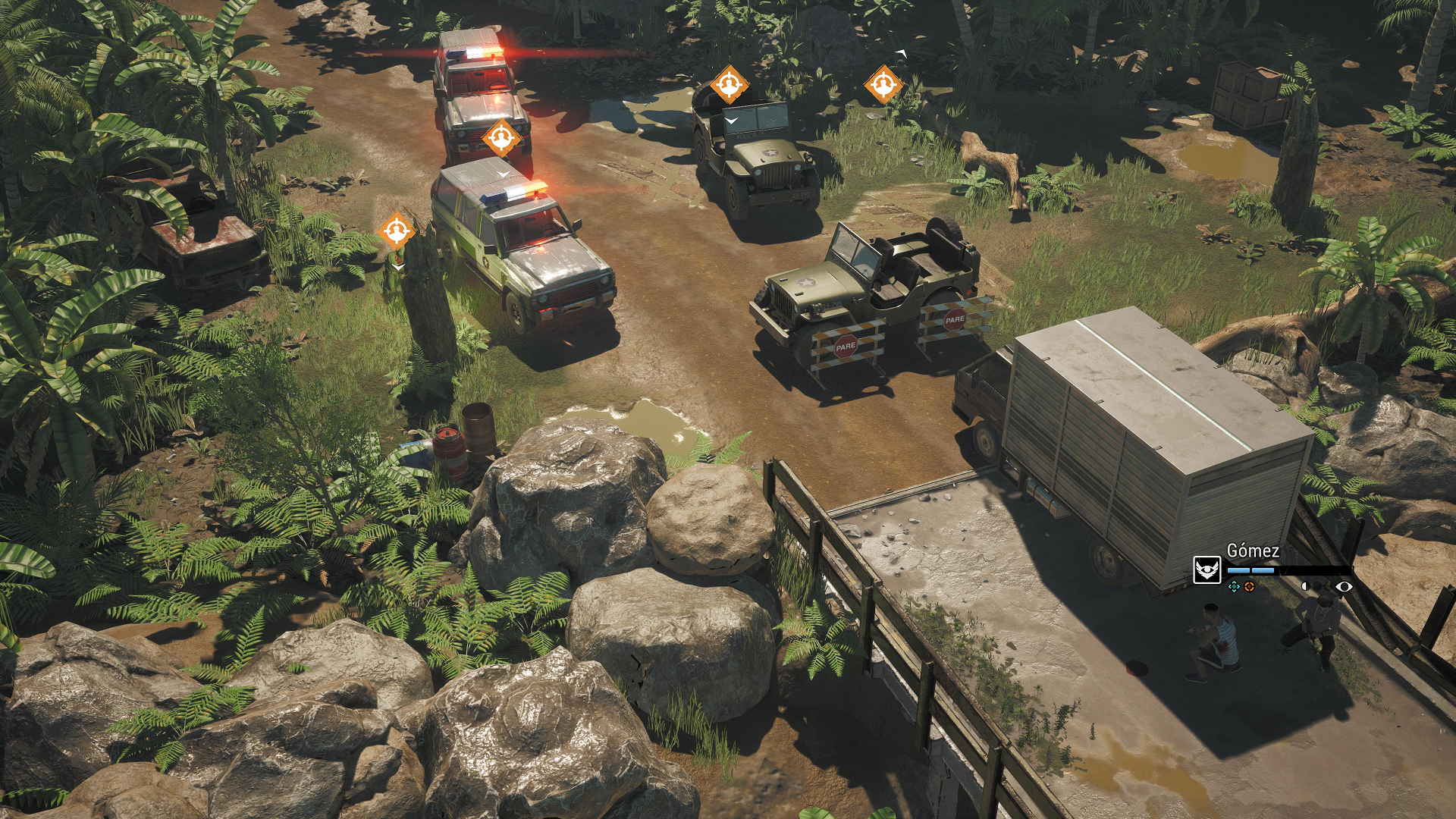 There are a variety of systems at play, including covering, healing and manual reloading, and these all apply to the opposing team too. Will you sacrifice a potential attack to heal? Or do you take the risk and hope that your shot will take the enemy out? The game features permadeath, so these decisions can’t be made lightly.

That choice also applies to the characters on your squad – you can assign up to six characters in your team at any one time, each offering different strengths and weaknesses. They’re split into different classes, including SpecOps (which feature protective gear), Search Bloc and Team Leaders, with the latter of which being some of the show’s key characters. 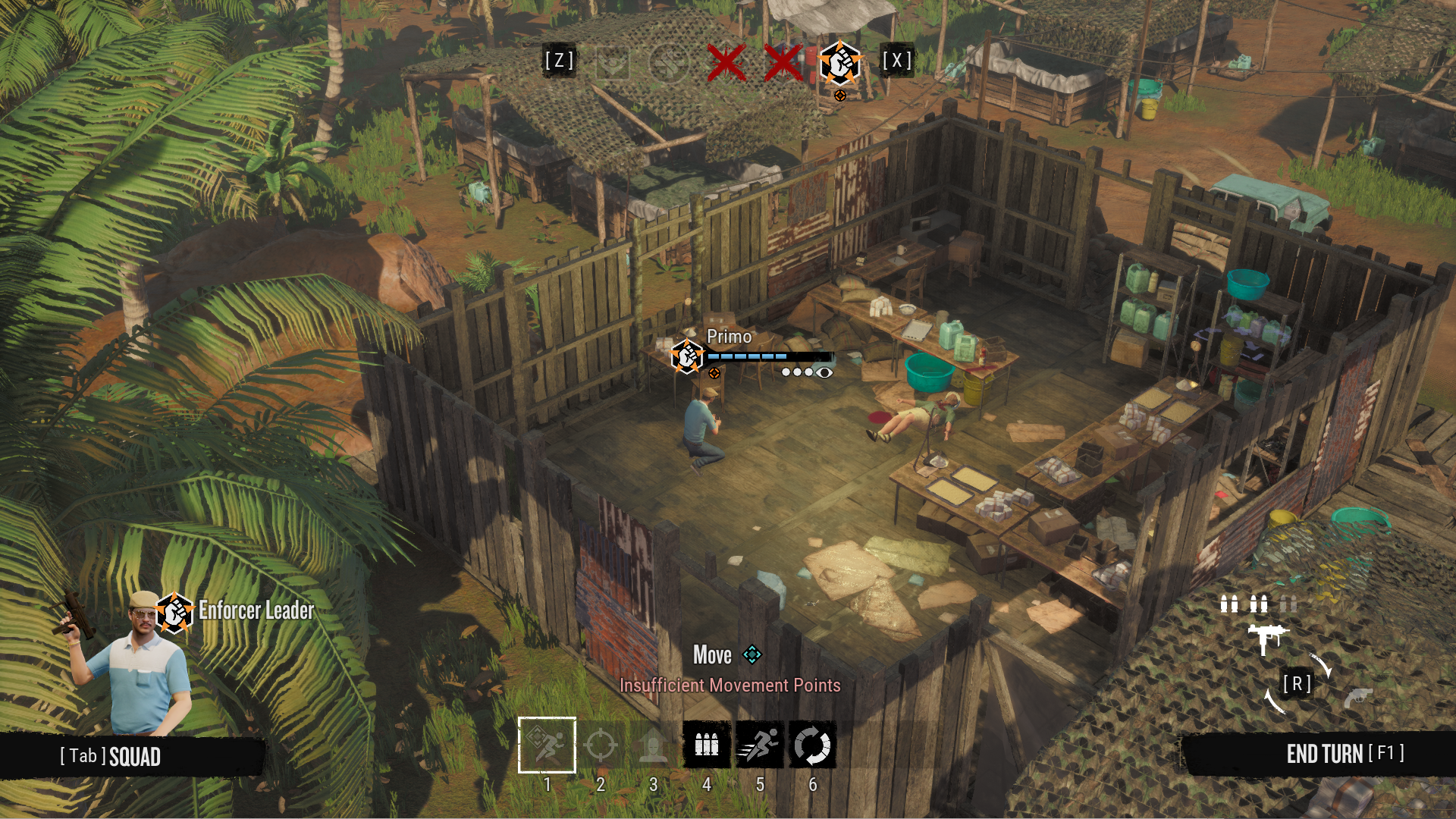 You can also recruit new soldiers throughout the course of the campaign, each with unique traits and actions that can help turn the tide of the war against the cartel and the DEA.

In essence, Narcos: Rise of the Cartels looks to be one of the better-designed officially licensed games coming to market, building on an increasingly popular format with elements unique to the series it’s based on.