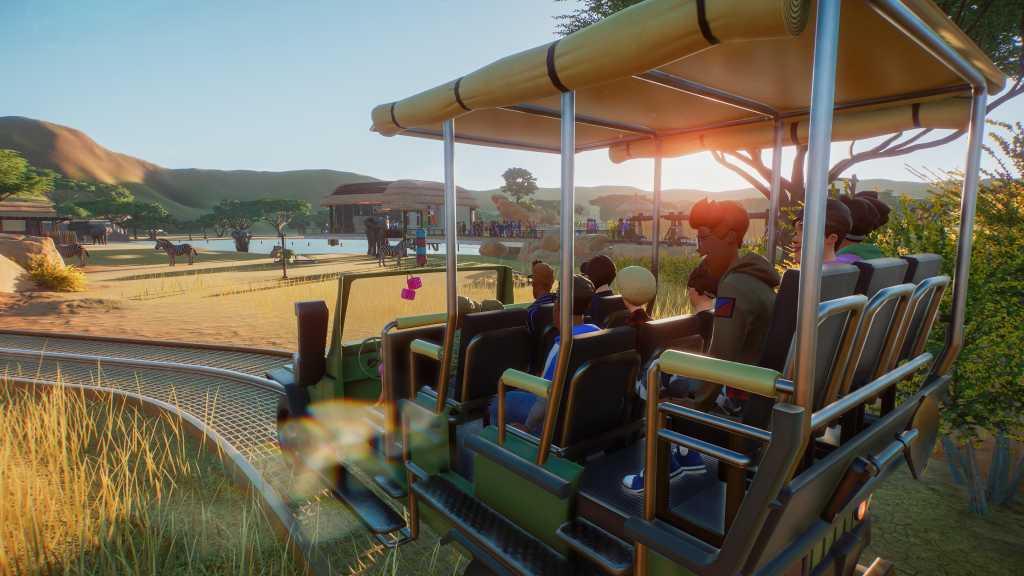 The level of detail that Planet Zoo offers is extremely impressive. The different gameplay modes allow players to experience the simulation in their own preferred way, whilst the research behind the animals and zoo life make this game pretty educational. The build mode proved a little bit annoying, but that doesn’t spoil what is a solid simulation title for animal lovers all around.

Planet Zoo is the spiritual successor to Zoo Tycoon, taking the core Planet Coaster experience and ramping it up to the next level. The latest game from Frontier features a range of biomes, themes and animals to choose from to create your perfect zoo. I’ve spent some time playing Planet Zoo, and here’s my verdict of the latest Frontier simulation.

If you’d like to know what else we recommend for PC gamers, then check out our list of the  best PC games for 2019. We also have information on the South America DLC Pack and the Australia DLC pack.

Planet Zoo is set to be released today on 5 November on PC and can be bought from the likes of  Steam (£34.99/$44.99) ahead of launch. You can also purchase the Deluxe Edition (£42.99/$54.99) which boast some bonus items, including three unique animals: Pygmy Hippopotamus, Thomson’s Gazelle and Komodo Dragon, a set of wallpapers and an original soundtrack by JJ Ipsen.

Lions, tigers and bears… oh my!

First things first, this is a BIG game. Truly, the simulation abilities last far and wide, really allowing you to experience Planet Zoo at your own preferred pace and style. This is thanks to the four modes that the game offers; Career, Sandbox, Challenge and Franchise.

There’s a range of animals on offer – over 70 at launch – including brown bears, mandrills, gharials and tigers, all of which come with their various quirks and needs that need to be taken into account once they’re purchased from the Animal Market.

The Frontier devs confirmed that they spent a lot of time working with various zoos around the world to try and provide as close to a true-to-life experience as possible – something that they’ve wholeheartedly achieved. That’s true not only of the business side of the zoo experience, but of the animals and all that comes with the upkeep of a zoo too.

For example, the Zoopedia provides all the information you need on each animal included, plus extra fun facts should they be of interest. You can also access this information more directly by clicking on any animal within your zoo. This will give you an in-depth summary of not only its needs in terms of its enclosure, but its genetics and other vital information too. This gives you a rough guide for the enclosure, as unhappy animals are likely to attract protestors – and that’s not good for business!

You also get little tidbits of information on real-life conservation efforts throughout the game, proving that this isn’t just an escapism simulation – it’s educational too. The menu is broken down into various elements of gameplay – from building your park to buying animals. Admittedly, there was so much information on the screen that it was a little overwhelming at first, but with time and guidance, this does get easier to navigate.

The Career mode is the best place to start for most players, as it gradually introduces elements of the game that you can explore via a globe-trotting narrative across 12 different levels. Throughout, you’re guided with the help of a very cheerful Welsh zookeeper, Nancy Jones. This mode acts as both a tutorial for getting used to the controls and information panels, but also as a vehicle to unlocking new pre-made zoos to experiment with in your own time, should you wish.

I found the tutorials to be mostly easy to follow and a delight to listen to. Even on the occasion that I got stuck, there’s a handy FAQ guide to help answer any additional queries. The only time I found the Career mode to be slightly jarring was going from being hand-held through very granular details, to suddenly being given an entire park to build from scratch with no additional help.

Now, I’m assuming that Frontier is banking on the fact that many people will be former Zoo Tycoon (or other Tycoon) players, and are thereby familiar with building new habitats and starting from the ground up. However, if we’re looking at it from the perspective of a newbie – or perhaps a younger player – I believe this stage will come as a little bit of a challenge, especially considering there are no pointers to achieve your first goal like with previous stages.

Thanks to the implementation of AI, the animals interacted with one other and the various elements of their pens in a natural way. I saw mandrills climbing on climbing frames, tigers licking blood pumpkins and pronghorns running for cover in the rain. The behaviour and movements indicate the mood of each animal, corresponding to its joy/distress depending on how well you’re running their habitat.

The experience is enhanced even more by zooming in, which reveals incredible detail, including Frontier’s innovative hair simulation tech, giving the animals a lifelike look. There’s also a variety of looks for each species, dictated not only by gender but the genetics of the individual. It’s all very lifelike, and that theme extends to just about every aspect of Planet Zoo.

Of course, the range of animals on offer need an enclosure to live in. You can choose from pre-built enclosures if you’re not too creative and want to focus on other aspects of the game – of which there are many – but those who want to customise every detail can do so. You can even create your own custom-built mandrill climbing frames!

You have to consider the wants and needs of the animal in question; shy animals like pronghorns need one-sided glass as to not get startled by visitors, and stronger animals like bears and hippos need reinforced enclosures. You can filter the list of available items not only by animal but biome, making sure you’ve got the right enclosure for your inhabitants.

The Sandbox mode goes back to true Tycoon experience – allowing you to take a blank slate and create your own zoo, with no rules telling you what to do. Once you’ve got the basics down, it’s all about building on what you have and getting more granular as you go. You have to balance the design and facilities of the zoo, the welfare of the animals, the satisfaction of your staff, the happiness of your guests, cashflow and revenue… it’s basically endless.

The choices you make at the beginning also affect which animals will be best suited for your zoo. For example, you can choose from six different biomes on several different continents, which all come with their own environments and temperatures that determine what species would thrive best within this location. It’s not just about making a pretty zoo here! Though it has to be said, the locations themselves are absolutely stunning and just a joy to play in.

Placing pre-built blueprints within the zoo was mostly user-friendly, but some of the other build modes I found to be occasionally janky. For example, building walls required a lot of angling to place them in the correct position, and merging pre-built lots was also a bit glitchy. In comparison to something like The Sims 4 – which allows for quick drag-and-build options and easy rotations – it just slowed down the process of creating your zoo and proved a bit frustrating.

Because of the level of detail that this game went into, I found my playstyle to be less unhinged and more consequential than in previous Tycoon games. For example, on one playthrough my first habitat was not up to scratch in time, causing a grizzly bear to pass away. I had to actually quit the game to recover momentarily, as I felt so guilty for causing harm to this virtual animal. Why? Because the team behind Planet Zoo has managed to create a real emotional immersion with this game.

If you want the Sandbox style with a teeny bit more structure, then Challenge mode is a great option. This gives you short-term personal challenges for your zoo, and is tailored towards exploring all elements of gameplay, including the more business side of the game such as the economy and management of employees – something that can go neglected if you go completely freeform.

Franchise mode adds another level to the game, allowing you to build a series of connected zoos all around the world and connect with other players online through the Animal Market by buying and selling your prized animals. You might want a Lion for your zoo, or you might be on the hunt for a Python with better genetics to breed with your inhabitants – you want to avoid inbreeding, after all.

The feature is a new addition to the Planet series, and provides players with something meaningful to do once the zoo is built and thriving, as well as community challenges to strive for something a bit bigger. Of course, as I played this pre-release, there weren’t many community members to collaborate with, but having this feature is a nice option for those who prefer interaction in their gaming.

There’s no doubting the level of research that Frontier has pioneered in creating this simulation giant. From the animal encyclopaedias which then relate to the AI behaviour of each inhabitant, to the methods in which zoos operate and the facts about conservation. Planet Zoo moves away from being a basic sandbox simulation, becoming a true immersive and informative title – whilst still keeping everything fun.

Each of the four modes allows different types of players to experience Planet Zoo in their own preferred style, making it a versatile game for many audiences. However, as the game is so extensive, some of the guidance during the freeform process of the Career narrative wouldn’t have gone amiss, and the build options proved to be a little fiddly and awkward at times.

These minor points aside – this a truly endless game that allows you to put on many different hats. An architect, a zookeeper, an entrepreneur and many many more. The graphics are a huge step up from previous games in the franchise, as is the detail of gameplay on offer. For animal lovers or wildlife enthusiasts, this is a title that keeps on giving.