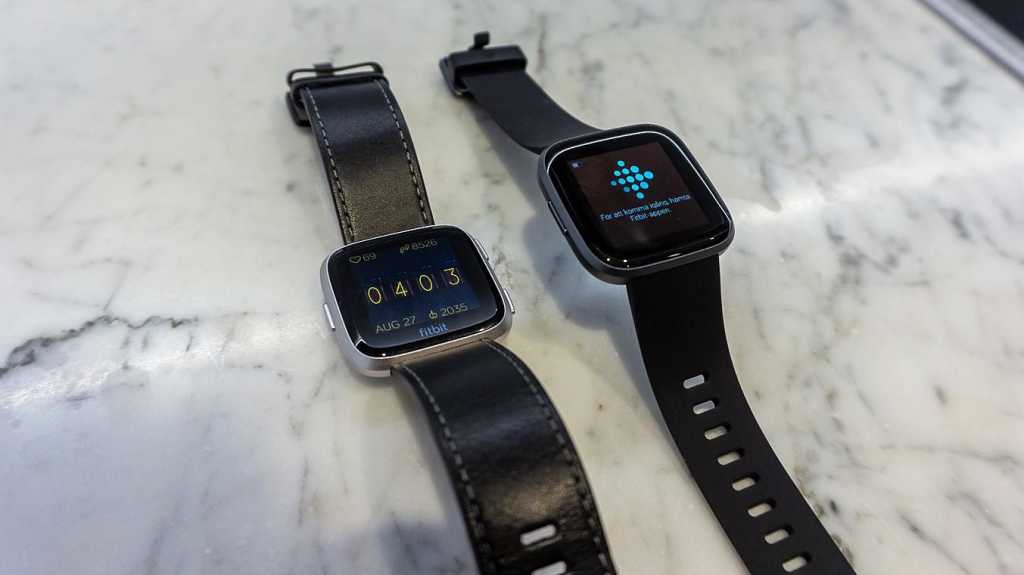 At the same price, the Fitbit Versa 2 bring along a improved design, larger screen, longer battery life and some software features. It might well tempt you to upgrade but if you don’t already have the orginal, it’s available at a lower price if these new features aren’t your kind of thing.

There’s a new Fitbit smartwatch in town and its a second-generation of one of our favourite models. Here we compare the Fitbit Versa with the Versa 2 explaining what’s different in price, design and specs.

It’s good news on the price front as the Versa 2 costs the same as the original. That means it’s available for £199 with the same figure in Dollars and Euros. A Special Edition is available for £219 or $229/€229.

You can buy the Versa 2 now.

Although this is the same price as the original Versa, if you don’t own either getting the older model could be a bargain. Fitbit is likely to take it off sale but retailers will no doubt sell it for a lower price.

It’s already £154 on Amazon UK and this could go down further with the introduction of the Versa 2.

Check out our chart of the best smartwatches as well as the best Fitbit.

For more information on the Versa, check out our original Fitbit Versa review and Fitbit Versa 2 review. You might also consider the Versa Lite, which is cheaper by £50 or US$40 but lacks an altimeter (so won’t count Floors Climbed), on-screen workouts, music storage, and swim tracking.

As you can see in our photos, the design of the Versa 2 isn’t a radical departure from the first-gen. In fact, it’s not very different at all.

The Versa 2 has a slightly larger screen – in it’s ‘squircle’ shape – and the main body has been tweaked a little bit. It’s still got an angled edge, but with a more rounded shape. The metal is smoother and more polished. 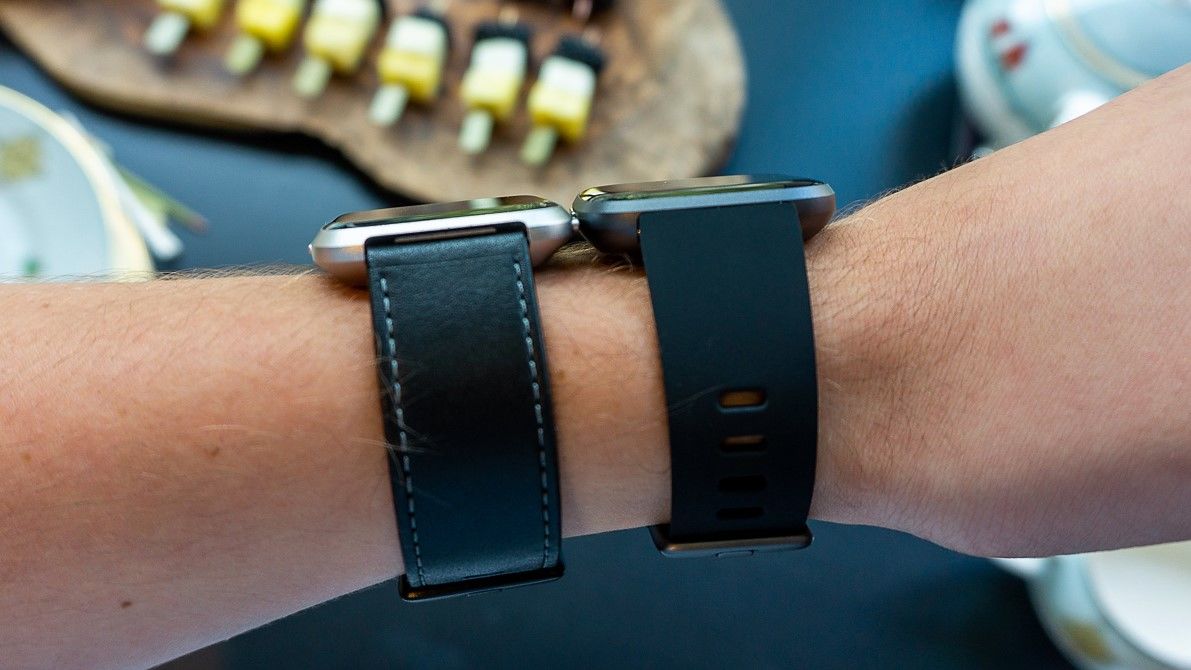 There’s also just one button on the left now rather than a total of three. Bezels around the screen are still a little bit chunky but the Fitbit logo has been removed from the front.

There’s no need to worry about straps as they both (or the Versa Lite) use the same size, so if you’ve bought a fancy one for your original Versa then you can just swap it over to the new one if you decide to upgrade. Where the strap joins the Versa 2 is more flush, too.

Flip the watch over, not that you’ll see it much, but things are neater with a ‘unified’ sensor and charging hub.

In terms of colours, the Versa 2 comes in carbon, copper rose and grey mist. Or to me and you, black, pink and grey.

In terms of design, it’s a case of small tweaks so let’s see what specs and features are new.

As mentioned, the screen is large on the Versa 2. It’s 8% bigger and also moves to superior AMOLED technology bringing things like punchier colours and deeper blacks. The display also has an always-on option so you can check the time whenever you need to, like a real watch. 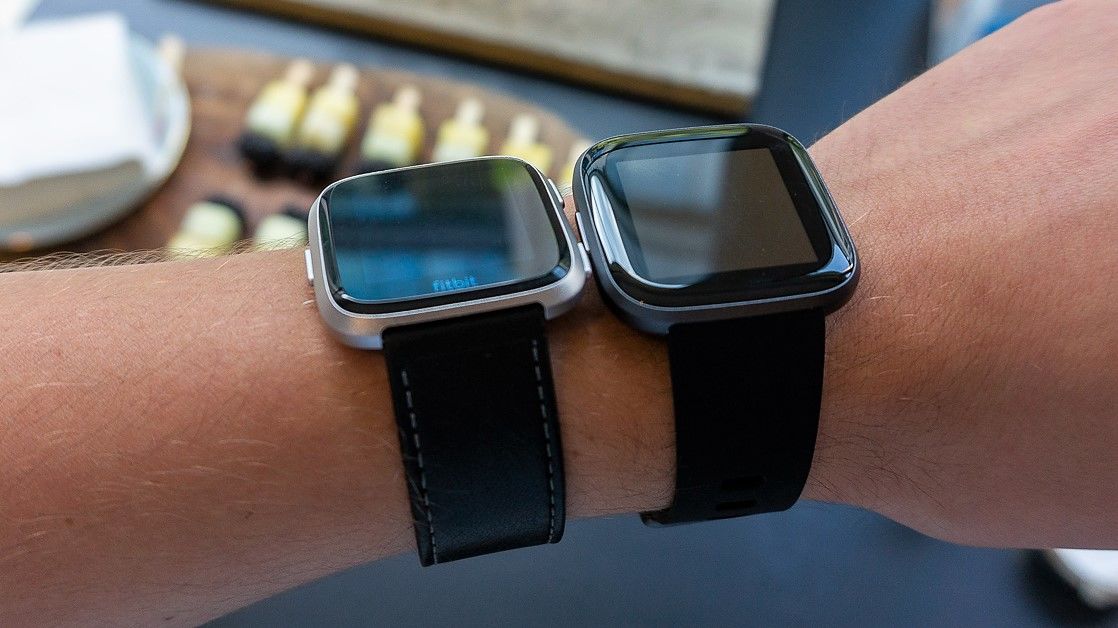 The panel tech partly helps the battery life improve. The Versa lasted 4+ days but the Versa 2 can last 5+ which might not sound like much but 25% isn’t bad at all.

However, the catch is that using the always-on feature will bring things down to 2+ days, which is a shame.

Fitbit has used the same set of sensors – namely a heart rate sensor and GPS – but a new (undisclosed) processor means smoother performance.

Other upgrades and new features come largely in the form of software. The main operating system remains essentially unchanged but the Versa 2 has more tricks up its sleeve.

For starters, Fitbit Pay is standard so you can use the NFC chip inside to purchase items with contactless payment.

Another change is that Spotify will come pre-loaded on the smartwatch allowing you to stream your favourite workout or commuting tunes. However, it actually is just controlling playback on your phone or other device so you can’t download anything to the Versa 2 to listen to standalone. 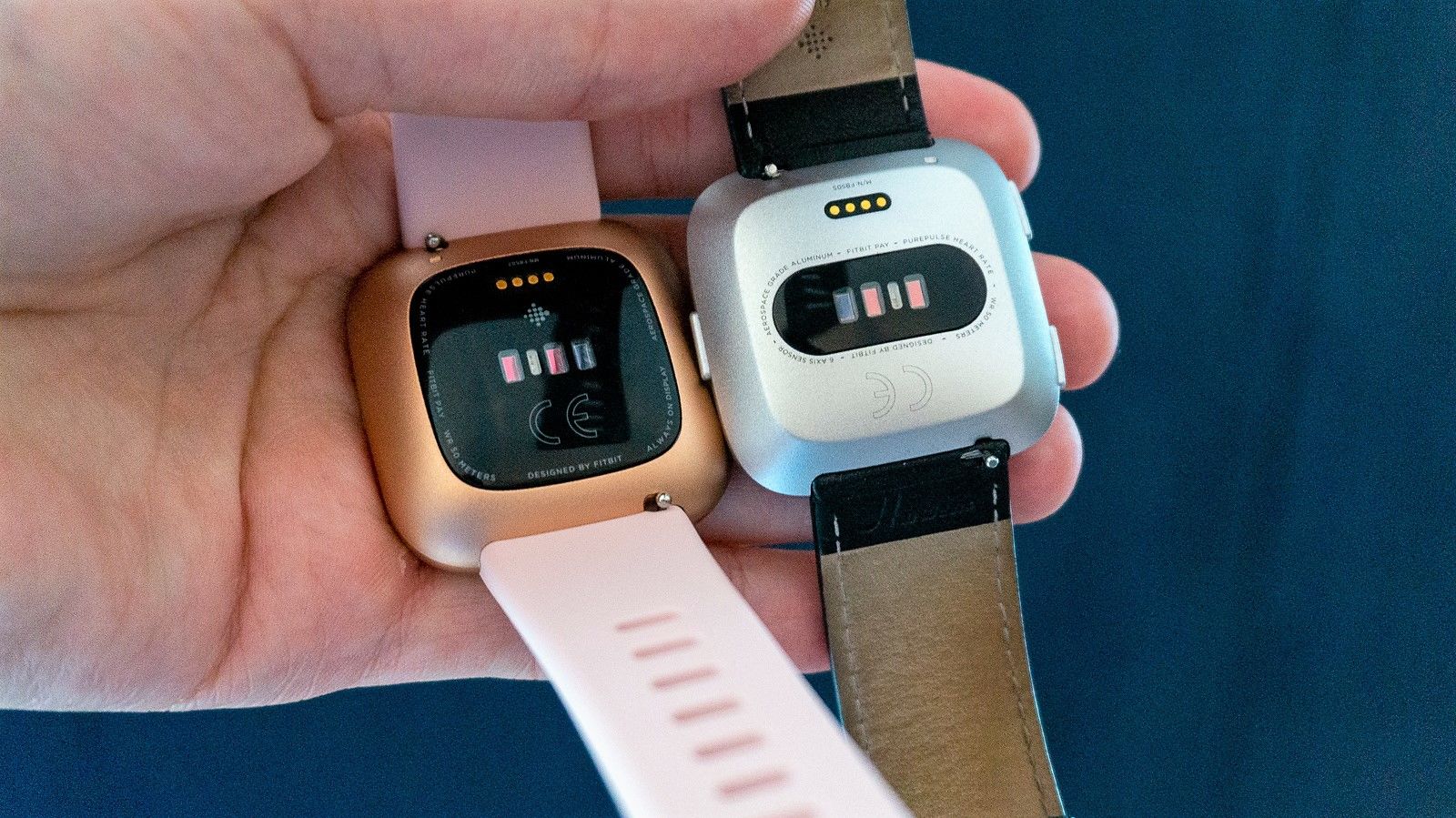 A slightly odd one is integration with Amazon Alexa meaning you can talk to the Versa 2 and do things like control smart home devices or just ask for information like the weather. You can also ask the watch to start a workout and the like.

Those using the Versa 2 with an Android phone will also be able to reply to messages with voice dictation which could be super handy and time saving.

Fitbit Premium aims to help users take better action from their health and fitness data with an initial focus on fitness, diet and sleep as well as mental health. It will also help tackle chronic health conditions. Read more about Fitbit Premium here.