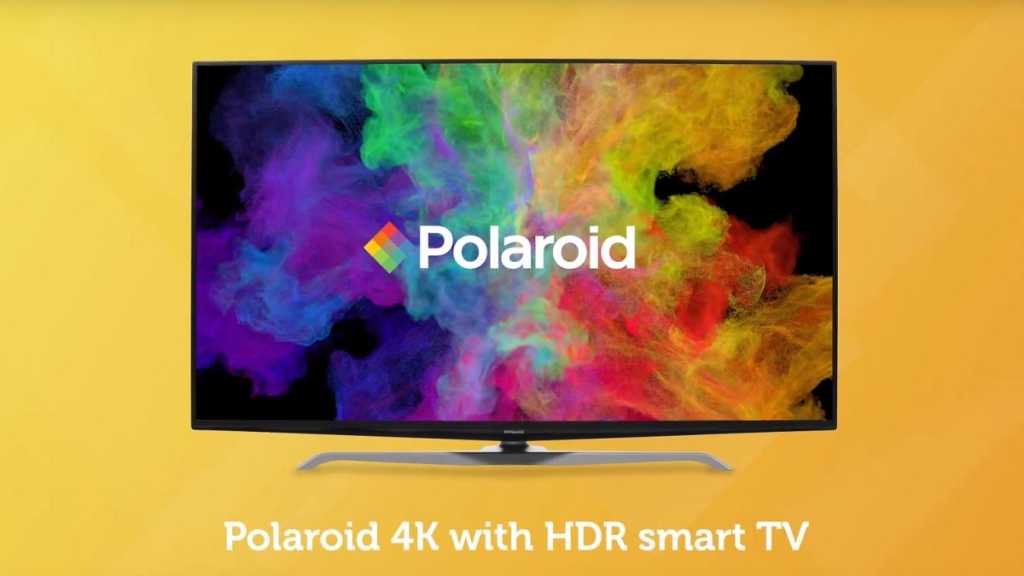 As you might expect for a TV this cheap there are ups and downs to the Polaroid P49. The design is nothing special and the remote has its caveats but over all it’s fine. Importantly, the TV offers a crisp 4K image along with an intuitive interface offering lots of streaming services. Sadly, the panel isn’t bright enough to give HDR and Dolby Vision the punch it deserves.

Many Ultra HD smart TVs are expensive but if you want some of the latest tech without spending much then your choices are limited. Luckily, Polaroid has a 4K TV with HDR support for under £300. Here we review the P49UPA2029A.

It sounds too good to be true but Polaroid’s 4K TV starts at just £299 and is available exclusively from Asda.

We thought the Hisense B7500 was pretty cheap starting at £439 but Polaroid will appeal to those with tighter purse strings. For alternatives, check out our chart of the  best TVs you can buy.

There are ups and downs when it comes to the design of the P49. We wouldn’t call it ugly but it’s also not eye-catching either – it’s just, well, fine.

In places the set is quite chunky and unsurprisingly plastic. However, we’re pretty impressed with the fairly small bezels on the sides and top. They’re around 8-9mm which isn’t bad at all.

Things are thicker at the bottom where the TV sits on a silver metal stand with two feet. This raises the TV up a little but doesn’t allow adjustment. You can wall-mount the P49 but it’s going to stick out from the wall a bit as this isn’t a thin TV and even more so if you need the rear facing ports.

Ports on the back are both side and rear facing and you get three HDMI ports – all of which are version 2.0 so are 4K HDR compatible, with one supporting ARC (audio return channel). There are also two USB ports, VGA, composite audio and video, optical audio, headphone and a line out ports and even an ethernet port if you don’t want to or can’t use Wi-Fi.

The supplied remote control is fairly good with a nice weight and smooth buttons, if a little long.

It’s got dedicated buttons for Netflix, YouTube, Freeview Play and Amazon Prime. Those are handy but the collection of playback buttons are awkward to use due to being so close to the bottom and are tiny. Other buttons on the remote are a little too close together.

There’s a light that illuminates when you press a button but this doesn’t help in the dark and will only use the batteries quicker.

If you really need it there’s a control dial on the back of the TV but it’s not easy to use at all.

Unusually for a cheaper piece of tech, software is a pretty strong area for the Polaroid P49. Setting up the TV is quite lengthy but simple and straight forward.

The interface is also quite attractive and easy to navigate. As alluded to earlier you have access to Netflix, YouTube, Freeview Play and Amazon Prime but there are also other on-demand streaming services available such as BBC iPlayer, ITV Hub and All 4.

They’re not quick to load – iPlayer can take around 10 seconds for example – but that’s the kind of sacrifice you have to expect with a budget TV. Importantly, some of the apps like Netflix are the 4K HDR enabled versions.

Facebook, Twitter and some games are present but we don’t imagine you’ll be using these on a TV rather than your smartphone very often, if at all.

If you like you can keep all your most used services in the customisable app shortcuts bar.

A small bugbear of ours with TV sets is the way a pretty large logo appears on screen when the sound is muted and doesn’t go away until you unmute.

Perhaps surprising is the inclusion of Alexa support. This means you can use Amazon’s digital assistant on Echo devices to control the TV with your voice. You can do things like turn the TV on and change the channel. Really, you’ll probably just use the remote unless you’ve lost it.

Like the design, there a pros and cons when it comes to the picture quality of the Polaroid P49.

For under £300, or £350 for this 49in size, you get some pretty good specs including a 4K (Ultra HD resolution) and support for both HDR (high dynamic range) and Dolby Vision. We wouldn’t be overly surprised if it was simply 4K and nothing else.

We’re impressed with how crisp the TV is when watching native 4K content, producing a detailed and sharp image. There’s nothing in the way of motion smoothing in the setting but the Polaroid actually deals with this tricky element fairly well with a reasonably small amount of jerkiness when shots pan etc.

It’s even a good enough set for gaming if you just need something affordable to plug a console or PC into, thanks to no noticeable input lag.

Despite the above plus points, we find the picture to be fairly washed out and colours often lack vibrancy. Things are a little better in ‘dynamic’ mode and you can also try natural, cinema, game, sports to see what you like.

Like most cheaper TVs, the Polaroid just doesn’t have enough brightness or contrast to do justice to HDR and Dolby Vision. The impact and punch just isn’t there. This isn’t so bad considering the price and ignorance might be bliss if you haven’t seen something a lot better to compare with.

Upscaling isn’t particularly good either. Not a big problem if you’re just going to slap on the evening news but watching a film results in a pretty mediocre result which is lacking in life.

Many TVs, even expensive ones, have poor sound quality but the P49 isn’t too bad at all. There are two 10W speakers to the set has a good amount of power. It can go really loud but overall the tuning is quite flat. Luckily you can play with various Dolby Audio modes as well as Dynamic Bass and DTS TruSurround to see what you like.

On the plus side you’re getting a 4K smart TV for not much money at all. That does mean a fairly basic design and build but at least some of the bezels are pretty small.

We’re also impressed with the easy to use interface and the decent selection of streaming services on offer. The speakers aren’t too bad either.

On the downside, upscaling isn’t that great and the TV isn’t bright enough to do HDR and Dolby Vision justice.